The main requirements of a mono laser printer in a larger office are high speed, low running costs and flexibility. HP’s P3015X has the specs to meet all of these, but as any reader of these reviews knows, those specs are often rose-tinted. This printer won’t be available in the UK until the first week in September 09, so pricing of both machine and consumables may end up lower than the figures we quote here. 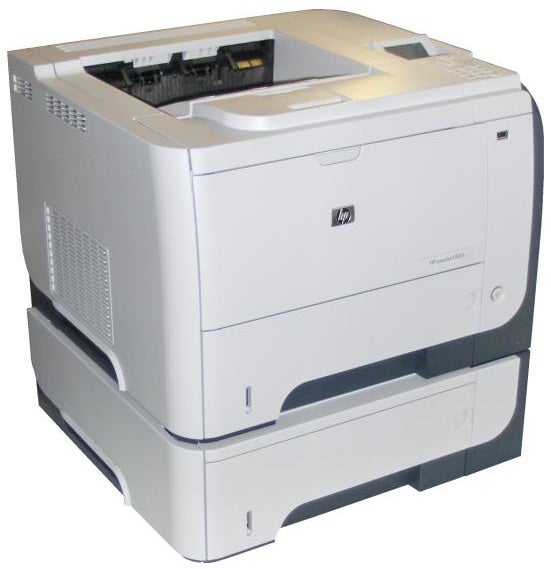 Following HP’s latest design trends, the P3015X is full of non-functional, but aesthetically pleasing, large-radius curves to the cream and black panels of its body. The ‘X’ version of the printer comes as standard with a second paper tray, which sits under the main printer and accentuates the curves. Both trays can take a full, 500-sheet ream of paper and there’s a fold-down multi-purpose tray too, for up to 100 sheets of special media.


The top surface of the printer has a similarly large indent, to take the output of large documents and there’s a neat, well-designed control panel on the right-hand side, in front of a 4-line by 16-character, back-lit LCD display. The self-diagnostics in the printer correctly spotted that we hadn’t filled the bottom paper tray and when we induced a paper jam, it showed a diagram of how to clear it.


At the front of the control panel is a number pad, which works in collaboration with the front panel USB socket, designed so you can print PDF files, though disappointingly not jpg, tif or doc. The inclusion of walk-up print facilities can still prove very useful for quick, one-off prints, though. 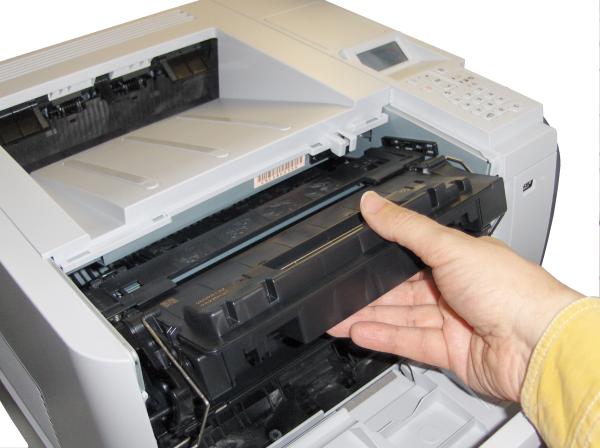 Input sockets are USB and Gigabit Ethernet, so the printer is compatible with fast networks straight from the box. There’s no legacy parallel connection, though.


This printer uses HP’s traditional design of a combined drum and toner cartridge, which minimises maintenance costs, as it’s the work of a couple of minutes to slide out one cartridge and insert another.


Software provided on CD consists of a PCL 6 driver, obviously not in emulation, since it’s an HP printer, and PostScript Level 3, which is emulated. Drivers are supplied for Windows and OS X and are available for Novell NetWare and various Linux distributions.

HP’s claimed 42ppm is a fair turn of speed but, as with most manufacturer speed specs, it doesn’t include processing or preparation time and definitely doesn’t include the time it takes to wake the machine up from sleep mode. We don’t include this second time in our tests, either, though perhaps we should. Unless the office in which the printer is working is extremely busy, it’s probable that many, or even most, print jobs will be run when the printer is asleep, saving power.


In the case of the LaserJet P3015X, the wake-up and processing time for a single sheet print was just 11 seconds, with the page hitting the output tray in 16 seconds. This is pretty good and our five-page text file from a fully-wakened machine took only a second longer, giving a speed of 17.65ppm. 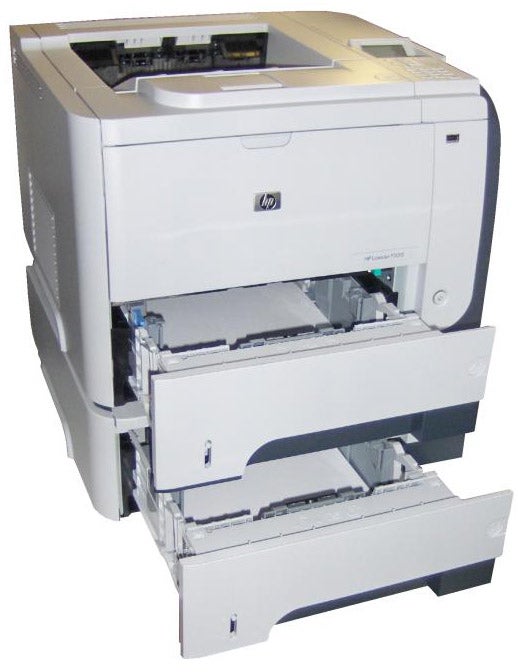 On our 20-page file the speed increases to 30.00ppm, which is fast, though still only three quarters of the claimed speed. The five-page text and graphics file was quicker than its all-text equivalent – probably because only a single page is rasterised – and gave a speed of 21.43ppm.


The printer includes duplex print as standard and reverses the page back from the output tray to print the second side. There are no special interleaving algorithms and a 20-side/10-page equivalent to the 20-page single-sided document took 1:09, an equivalent of 17.39spm and just a little over half the simplex speed.


Print quality, as with most mono lasers, perfected over the last 25 years, is excellent, with clean-cut characters and neither spatter nor jagged edges. Greyscale graphics reproduce smoothly, using the printer’s 1,200dpi equivalent print, though the range of grey tones is not as great as it could be, so it’s sometimes difficult to tell the difference between colours. Our photographic test print was well-detailed, if rather light in tone.


The combined drum and toner cartridge, available in 6,000-page and 12,500-page versions, is available from limited sources, so the cheapest price we could find may be bettered as the printer becomes more widely available. As things stand, though, using the best prices available gives a cost per page of 2.10p, including 0.7p for paper. This isn’t a particularly good page cost for a machine with a purchase price of over £630.


If you need a high-capacity, duplex mono laser, with PIN-protected, walk-up PDF print, you won’t go far wrong with the LaserJet P3015X. It’s easy to use and maintain, is no fuss on a network and prints long documents fast, though as usual not quite as fast as its manufacturer believes.