RIM’s BlackBerry handsets used to be in a class of their own. Anyone after a phone offering instant, push email coupled with business-level PIM integration only had one place to go. But nowadays rivals are ten a penny, and every smartphone manufacturer worth its salt has a BlackBerry-style handset in its line-up. Some – Nokia’s E71 – have even managed to beat RIM at its own game.


With its heritage in the PDA arena, you’d think that HP would well be placed to give RIM and Nokia a run for their money. But though its PDAs have long been the best in the business – I reviewed its business PDA, the iPAQ 214, back in February and was very impressed – I’ve yet to see HP evolve its PDAs into successful smartphones. The 614c Business Navigator, for instance, was a real mish-mash – part business PDA, part GPS device, part smartphone – and a big disappointment as a result. 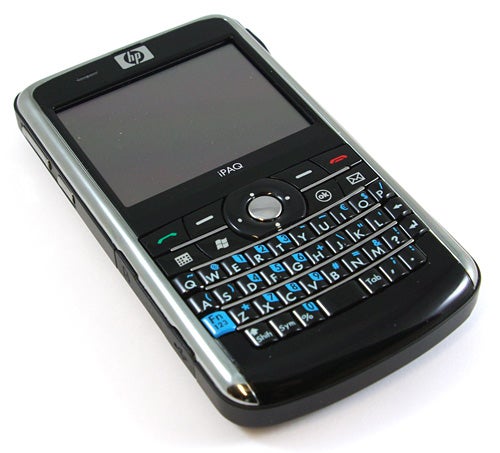 Fortunately, the 914c (or 910 for those in the US) is a more straightforward device: a dyed-in-the-wool candybar QWERTY phone, and it’s a far better product for it. But can it compete with the best business emailer on the market, the E71?


First impressions would suggest not – it’s hardly the sexiest of devices and is a rather bulky and heavy device. The front is trimmed with shiny chrome, the rows of keys separated by strips of silver, and the rear panel finished in comfortable-feeling soft-touch plastic, It weighs 154g and is 16mm thick – a world away from the sleek lines of Nokia’s superb E71, which tips the scales at a mere 127g and measures just 10mm thick.

So what does the extra bulk and weight get you? Well, the keyboard is good. Those silver strips clearly define the position of the keys vertically, while a rounded, horizontal profile to each button means that you won’t keep hitting neighbouring keys when typing and editing. There are dedicated keys for the full stop and comma, and the navigation cluster above the keyboard is large and easy to use. There are no fancy touch-sensitive or trackball controls here, but the five-way up/down/left/right/select works well and it’s complemented by a BlackBerry-style scroll wheel on the right hand edge. But is this any easier to use than the keyboard on the E71? It’s good, sure, but the answer has to be no.


The screen then, surely, is better? Well, yes, it is bigger and, unlike the screen on the Nokia E71, it is touch-sensitive. But the size difference is only, surprisingly, fractional (2.46in versus 2.36in) and at this size the touch-sensitivity doesn’t help that much – you’ll only use it when you absolutely have to and only then with a stylus. This is not a finger-friendly touch-sensitive device like the iPhone or HTC Touch Diamond. The E71’s screen is also transflective, which makes it easier to see in bright sunshine, though turn the brightness up on the 914c’s LED backlit transmissive screen, and you won’t have to squint too hard to read it.

The main reason for the 914c’s size and heft, it would seem, is its enormous battery. Crack open the rear panel of the 914c and you’ll find a lithium-polymer battery whose 1,940mAh capacity is bigger than anything else I’ve come across on any Windows Mobile smartphone. This leads to good longevity: around two to three days with push email switched on and even longer (three to four days) if you choose to switch that off. But even here, it’s still no better than the Nokia. In fact, I’d say that the E71 is actually a little better, and its Exchange client also gives you more flexibility and control over what times of the day and week push email is used. This allows you to eke the maximum possible battery life out of the phone without having to keep switching it on and off all the time. 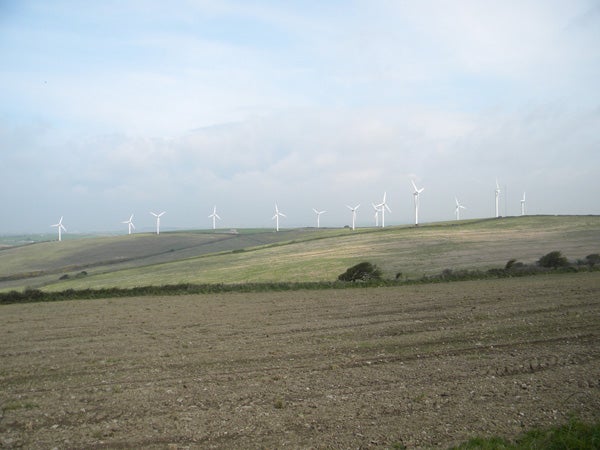 And the longer you use the 914c, the more you realise just how good its main rival, the Nokia E71, actually is. Its specification, for instance, isn’t anything to be sniffed at. There’s tri-band HSDPA for speeds of up to 7.2Mbit/sec in addition to GPRS, EDGE and quad-band GSM. You get Wi-Fi, Bluetooth and a GPS receiver that works pretty well, plus a 3.0-megapixel camera complete with LED flash. The 914c has a 416MHz processor and 128MB of RAM, which push Windows Mobile along at a fair old lick, and a reasonable 256MB of ROM for application and file storage (plus a microSD card slot for expanding that further). But the E71 manages to match that (almost) stride for stride. It lacks the faster 7.2Mbit/sec HSDPA compatibility, but has everything else that matters, adds a front-facing camera for video calls where the HP has none, and is at least as quick and responsive. 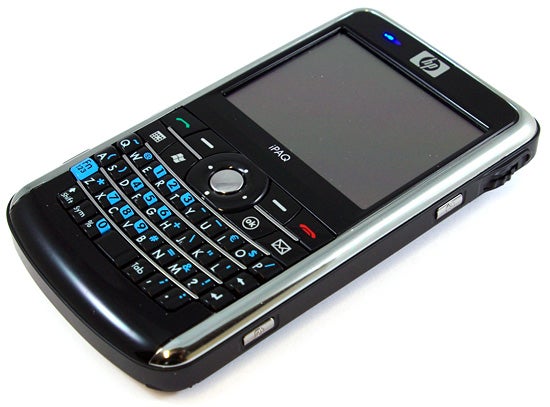 There are a few areas where the iPAQ does have the edge, especially with document editing and creation. Though the Nokia is equipped with QuickOffice 4.1, this can’t compete with the iPAQ’s Microsoft Office Mobile, which can edit and create Office 2007-compatible documents. Synchronisation via ActiveSync with Outlook is more effective and elegant than it is with Nokia’s bloatsome PC Suite, and the iPAQ can be charged via USB where the E71 must be plugged into the mains.


When considered on its own, HP’s iPAQ 914c isn’t a bad phone at all. In fact it’s among the better Windows Mobile BlackBerry copies around. The keyboard is good, the screen not bad, it’s stuffed with features and the battery life is impressive.


But it’s hard to recommend a phone when in almost every area that matters it is outstripped by the best the competition can muster. Nokia’s E71 is just as well-stocked with features and just as usable as the 914c but it manages to squeeze everything into a slimmer, sleeker, far sexier device, and one that’s even a little cheaper.