The onward march of smartphone technology has rendered the once potent PDA a sad and forlorn figure. And it’s easy to see why it’s slowly but surely going the way of the dodo. Why would anyone want to carry a separate device for your contacts, email and calendar when everything – and more – can be squeezed into one super-capable, pocketable device? 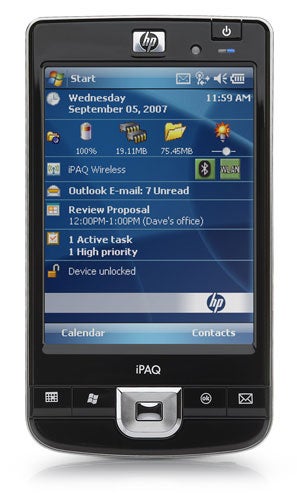 As the success of the iPhone proves, however, being able to squeeze the fastest technology and the most features into a device is not always, well, everything. Sometimes you don’t need every bell and whistle to make a usable product.


Perhaps that was the thinking behind HP’s latest PDA, the iPAQ 214. Not everyone wants to carry their office email and calendar around with them all the time – especially at the weekend or on holidays – a reminder of the treats in store when they return to the office, so why not split the two features in two? Why not keep the phone a phone and reserve the rest for a separate device? 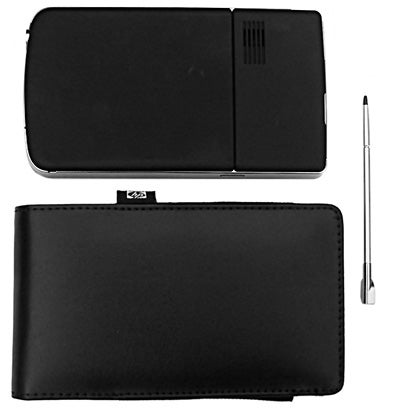 If that’s the road you want to go down, the iPAQ 214 should certainly be on your short list. This is truly a Rolls-Royce among PDAs: it’s large and very, very wide and at 76 x 126 x 16mm (WxHxD) it’s a good centimetre broader and taller than my TyTN II. It also looks and feels as luxurious to use as one of the famous stately cars, with a rear panel clad in thick, rubber-coated plastic, sides that are wrapped in gunmetal-silver and a front fascia finished in piano black. Like a well-tailored suit, it has an understated, yet very expensive-feel.


Turn it on and the luxury feel continues. The screen measures a huge 4in diagonally and this fills the iPAQ’s ample chassis from edge to edge. It’s bright too, with vibrant colours and has an impressively high resolution of 640 x 480. You can squeeze lots of detail on a screen this big and Google Maps is a joy to look at and use. Hook it up to the Internet via Bluetooth or the iPAQ’s 214 Wi-Fi connection, and even browsing the Internet becomes viable – as long as you download a decent web browser first, that is.

Built into the chassis above the screen, is an ambient light sensor that will adjust the brightness of the display depending on your surroundings, boosting it in bright daylight and toning it down under dimmer conditions. Better still, the screen is visible even outdoors.


Slip the stylus out from its home in the top right-hand corner of the device and you begin to feel spoiled. It’s weighty, not plasticky, and precise to use too. Other nice touches include a simple, yet flexible button panel below the iPAQ’s lovely screen: four shortcut buttons (including Start and ok) flank a five way d-pad and each of these can be held down to launch alternative, useful tasks. Press and hold the Start button, for example, and you’ll get to the Today screen; do the same with the ok button and the screen rotates. 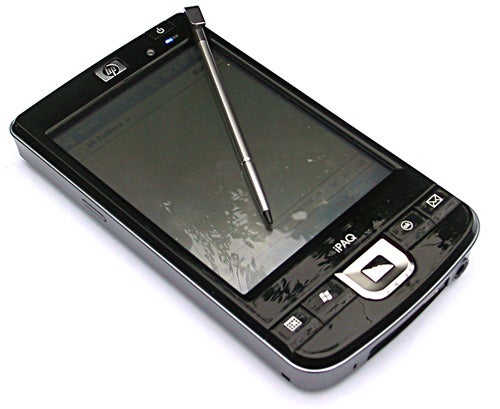 Underneath it all is a highly capable processor: a 624MHz Marvell PXA310 processor backed with 128MB of RAM and a generous 256MB of ROM. It helps to push even the most sluggish of applications along at a fair old lick and searches complete as swiftly as I’ve seen on any Windows Mobile 6 device.


A dual SD/CF card slot on the top of the PDA means there’s a wide range of potential expansion options available, and a battery with a huge capacity of 2,200mAh ensures that plugging the iPAQ into the mains is a thing you only need to do once every few days.


The nice touches aren’t confined solely to hardware, however. As you might expect, there’s a host of useful software extras installed as standard here, not least HP’s superb Bluetooth tools which are designed to help you set up and manage the connection with your phone, PC or Windows Mobile device. I was synchronising with my Exchange server via Bluetooth and the HSDPA Internet connection in my phone – not usually a task that’s particularly easy to achieve – in a matter of minutes.

Other goodies include HP’s own help files and tips – an easier to understand collection of support documents than is usually available on Windows Mobile 6 devices – together with a PDF viewer, a photo-viewer, slideshow application, printer tool, and Microsoft’s OneNote Mobile application. 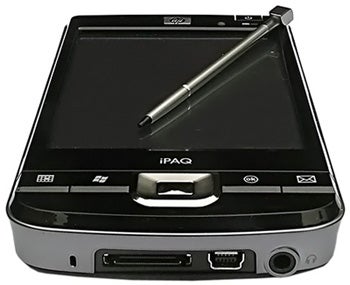 Even the connections have been thoroughly thought out. For audio there’s a full-sized 3.5mm headphone output; you get a mini-USB input for charging and syncing from your desktop PC; and there’s also a docking cable included in the box that enables you to charge via the supplied plugtop power adapter at the same time as maintaining a USB data session – handy if the available USB socket doesn’t supply the requisite amount of juice. 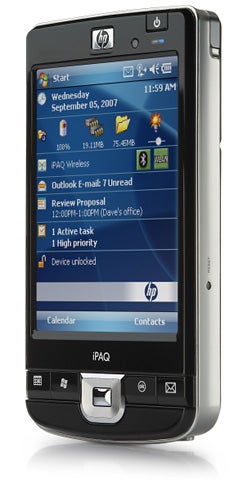 
In short, the iPAQ 214 is almost the perfect PDA. It’s usable, relatively light (192g) considering its size, has a fantastic screen, a flexible selection of connections and a host of really useful software extras. It’s powerful, luxuriously designed and, if all you want is an organiser to accompany your phone, there’s nothing to beat it.


Yet the niggling question remains: when a smartphone such as HTC’s TyTN II can do all this, and bring mobile data, a GPS receiver plus a hardware keyboard to the party as well, how many people will really end up buying one? Especially when the price – at a not-inconsiderable £224 – isn’t exactly what you’d call competitive.