While we have established Intel’s Ultrabook specification is enforced common sense, it is remarkable how many manufacturers have still failed to maximise its potential. Poor touchpads, substandard keyboards and, worst of all, poor TN-panel screens have been notable low points for products designed to bring sex appeal back to the humble laptop. Thankfully HP has been paying more attention in class… 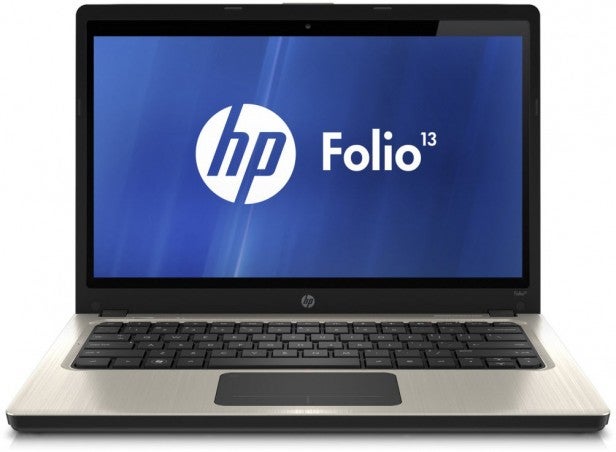 The ‘Folio 13’ is HP’s first Ultrabook and comes to market a number of months behind its rivals. However, out of the box it isn’t immediately obvious where the additional time has been spent. The Folio jumps through all Intel’s hoops – Sandy Bridge chipset, 18mm maximum thickness, over five hours battery life and hibernation resumption in under seven seconds – but it doesn’t have an immediate wow factor. This isn’t to say the Folio is ugly, far from it, but the mixture of spirit level straight lines and the colour balance between black and silver lacks the immediate pizzazz of some rivals.

The beauty of the Folio, however, is it is a grower. Look closer and the blacks all match, and HP has used the same brushed aluminium finish everywhere. What’s more the build quality is exceptional. The Folio screen hinge is strong yet opens and closes with minimum effort, the isolated keyboard is firm yet tactile with spill resistant, with keys that offer just enough travel to make long typing sessions comfortable. 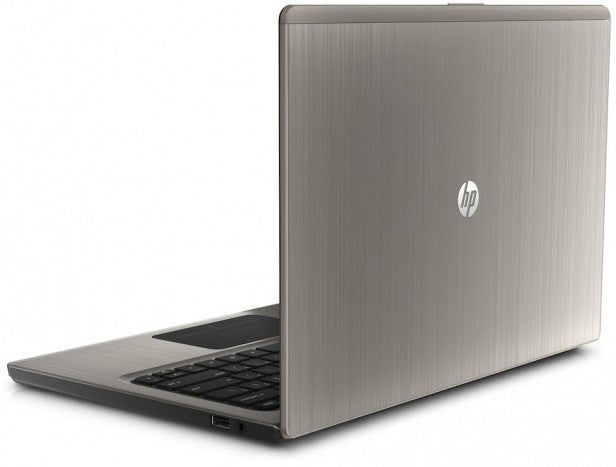 Furthermore HP has taken time to think about the connectivity, avoiding the frustrating mini ports seen on many rivals and cramming in full size Gigabit Ethernet and HDMI along with one USB 3.0 port, two USB 2.0 ports and a combo headphone/microphone jack. Like a partner with a great personality, such common sense thinking quickly raises the Folio above the sum of its parts.

HP hasn’t skimped on the other Ultrabook prerequisites either. At the heart of the Folio is a 1.6GHz dual-core Core i5-2467M processor alongside Intel’s capable HD 3000 graphics, 4GB of 1333MHz DDR3 SDRAM and a 128GB SSD.

Some surprisingly loud and clear, if bass-light, stereo speakers are equipped with Dolby Advanced Audio processing, there’s a 1.3MP HD Webcam and the usual accompaniment of Wi-Fi N, Bluetooth 3.0 and WiDi. Given the Folio also sports business aspirations it comes with a TPM 1.2 Embedded Security Chip, and a further nice touch is a dedicated touch control to switch the touchpad on and off.

As for the visuals, HP has opted with a 13.3in LED backlight screen with 1366 x 768 native resolution. One immediate frustration is HP’s choice of a glossy finish. Happily the company’s ‘HD BrightView’ technology is less prone to reflection than some we have seen, but it remains infinitely less practical than matt panels.

On the flip side, while HP doesn’t divulge the screen specifications, colours are bright, viewing angles reasonably wide and the backlight is commendably even. Some may prefer a higher native resolution (like the 1600 x 900 pixels in the Asus Zenbook UX31) or the superb Samsung Series 9 900X3B, but 1366 x 768 remains the defacto choice in 13.3in Ultrabooks and shouldn’t alienate the majority. Of course, if you truly want a quality screen, the Series 9 with its PLS panel is currently your only Ultrabook choice. 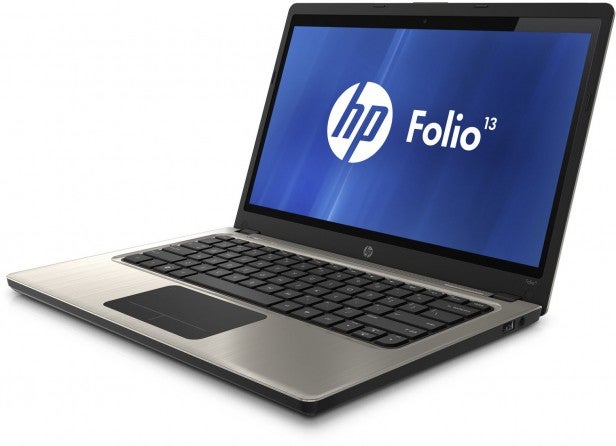 Benchmarking time. Given Ultrabooks share the same chipset and typically opt for the 4GB RAM / Core i5-2467M combination alongside HD 3000 graphics, we didn’t expect breakout performance for the Folio and we didn’t get it. Intel’s integrated GPU is typically the weak point of Ultrabooks and this is again the case. Our tests start well enough as Trackmania Nations Forever scores a playable 39.9 frames per second (fps) average, virtually identical to the 39.4fps of the Lenovo IdeaPad U300s and 41.4fps of both the Asus ZenBook UX31 and Toshiba Satellite Z830.

The problem is this falls to just 13.9fps with the more demanding Stalker: Call of Pripyat, but again this is still par for the course with the U300s managing 13.8fps and the UX31 reaching 13.4fps. Both it and TrackMania Nations Forever were also only set to medium detail at a 1280 x 720 resolution, re-emphasising Sandy Bridge Ultrabooks are not gaming machines, though they happily play back 1080p video and remain snappy in the vast majority of Windows tasks. 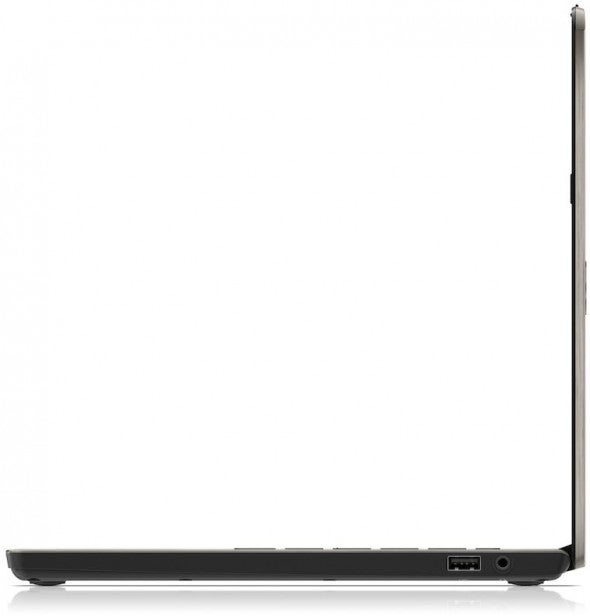 Where HP does break from the pack, however, is arguably in an area of greater significance for potential Ultrabook owners: battery life. While the likes of Asus, Dell, Lenovo, LG and Samsung usually claim stamina of between five and eight hours for their entry-level Ultrabooks, HP stretches this to a claimed 9.5 hours. We find these figures are always absolute best case scenarios, but with seven hours 38 minutes in our test – besting our previous champion, the Satellite Z830, by a useful 20 minutes – the Folio 13 does impress.

Less clear cut is pricing. With an £849.99 RRP the Folio has one of the lowest official price tags, but others have seen their price drop significantly since. Most notable is the £650 Acer Aspire S3 though you sacrifice a ‘full’ SSD for a 320GB Hybrid SSD/HDD. The Folio certainly isn’t grossly overpriced, but it isn’t a total bargain either.

All of this suggests HP’s Ultrabook is walking a fine line between a recommendation and near miss, and there are further caveats. The most obvious is that the Folio has a tendency to switch on its fan a little too often. Yes this happens
primarily when under load and is graduated, but at full speed it can
prove distracting. In addition, while well made, the Folio touchpad ‘buttons’
are a little stiff and we can only hope they will ease up over time. 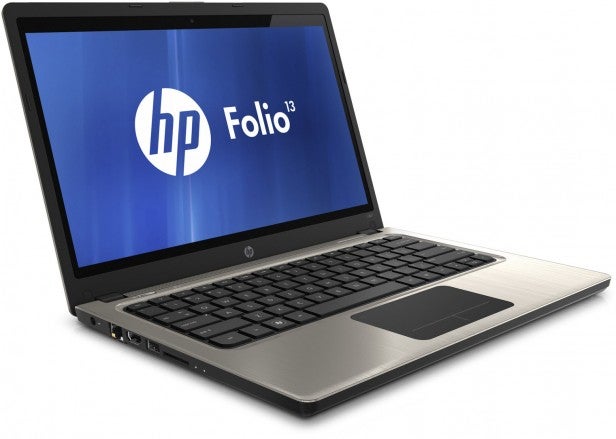 Away from the Folio itself there are also other factors to consider. Those hunting for a higher resolution  should look at the ZenBook UX31, or, if you can afford the extra, the superb Samsung Series 9 900X3B. Or you could wait for the 14in HP Envy Spectre. Meanwhile, for the patient buyer it is worth noting that next generation Ivy Bridge-based Ultrabooks should launch in June. Ivy Bridge brings further enhancements to battery life and significantly improved graphics capabilities.

”’Verdict”’
The HP Folio is generally an excellent Ultrabook, marrying consistent design to good build quality, thoughtful features and class-leading battery life. The flipside is that Folio can be noisy under load, the touchpad buttons are stiff and it has yet to see the significant price drops that have made initially more expensive rivals become arguably better value. However, it remains an attractive option.