The Envy x360 is HP’s newest revision to its Envy line of notebooks. It fuses solid metal construction with a touchscreen display that can be rotated through 360 degrees.

It’s surprisingly cheap for an Envy-branded device, but that’s because HP has made a few compromises when it comes to hardware. As a result, it isn’t the most powerful convertible on the market and its size can be unwieldy. But even with these flaws, it’s a decent machine overall.

My review sample featured an AMD A9 9410 processor, a 256GB M.2 SSD and a 1080p IPS display: model number, 15-ar002na.  There are other configurations available, inlcuding models with Intel Core i5 and i7 U-suffix processors, a higher capacity hard disk and Ultra HD screens.

The Envy x360’s design looks slightly above its price point, with a decent-looking brushed aluminium coating and angular features.

The metal shell is free from flex, and the rubber pads on the base prevent the Envy from moving around when placed on a solid surface. It’s 1.9cm thick, which makes it easy to throw into a laptop bag; but it isn’t the lightest laptop, weighing just over 2kg.

In terms of connections, the Envy x360 houses one USB Type-C port, two USB 3.0 ports, an HDMI connector, an SD card reader and a 3.5mm headset jack. The power button and volume rocker are located on the left of the device, making them easy to use in tablet mode. 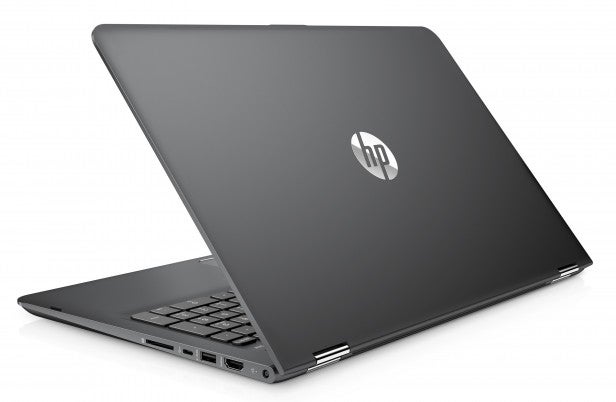 The touchscreen display is held in place with a pair of hinges that rotate nearly 360 degrees, which enable the x360 to be used as a tablet or hybrid laptop. The issue here is that the hinge can’t support the weight of that large 15.6-inch screen particularly well; the display can flop down into a lowered position when moved around.

In addition, the screen tends to wobble when pressing on the touchscreen, which is a problem for a device that places the screen front and centre.

The usefulness of the display’s bend-ability is most stark when you just want to kick back with some Netflix in bed and try to rest the laptop, in tablet mode, on your knees. Tent mode is great for compact spaces such as trains and planes.

The keyboard, on paper, should be decent, presenting large, chiclet-style keys that are easy to find. They’re backlit, too, which makes finding the key you’re after much easier in low light.

The travel distance on each key is satisfactory, but unfortunately, there isn’t much tactile “feel” to them. I found myself missing a few more key presses than I’d like, which is slightly disappointing for a laptop that could otherwise be an effective work machine. 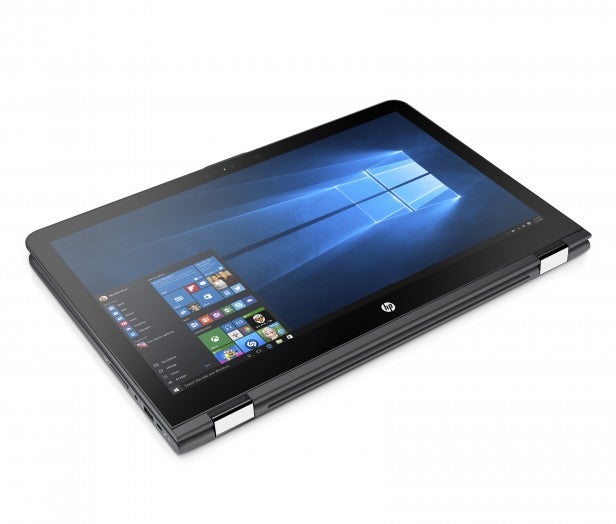 The touchpad is also a mixed affair. The trackpad is large, with plenty of space to use the multitouch gestures. Tracking is pretty good for a laptop at this price, and while it isn’t the worst I’ve tested, it doesn’t come close to laptops that get Microsoft-certified Precision touchpads.

The issue comes when you want to start clicking: while left-clicks work without issue, I found that right-clicks were frequently missed, even when using the two-finger method – which is frustrating.

The Envy x360 uses Bang & Olufsen-branded speakers, and on the whole they’re pretty decent performers. Mid-tones are delivered with suitable clarity, and the high-end doesn’t sound sharp – even at high volume. 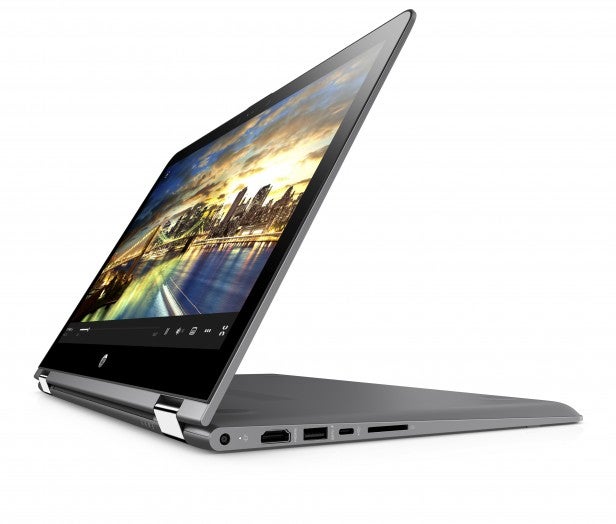 The speakers do lack a bit of punch in the low-end, however, so for music you’ll be better off with headphones. For watching YouTube or Netflix, however, the Envy does a respectable job of delivering a solid audio experience.

While its large form factor can hamper the user experience, the screen doesn’t – for the most part. The Envy comes packing a Full HD IPS display on the baseline model, which is great for a laptop at this price. The 1080p resolution will be sharp enough for all but the most demanding users, although a 4K variant is also available. 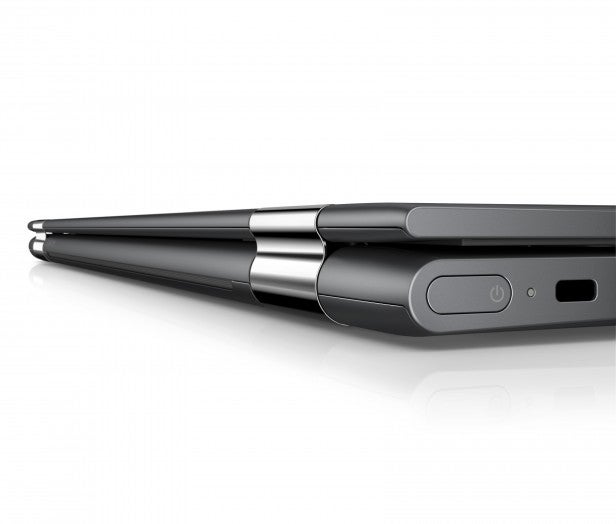 The display delivers decent contrast, but overall colour coverage is akin to a lower-end laptop. Still, contrast is king and I have no complaints there. It’s bright, too, although it won’t do enough to overcome the reflective touch coating outdoors on a sunny day.

While the Envy x360 is available in a range of specifications, the baseline model comes equipped with an AMD A9 APU. This dual-core processor simply isn’t the fastest out there by a large margin, and the resulting performance leaves the laptop lacking.

It managed a score of 2,278 in the Geekbench 4 single-threaded tests and 3,485 in the multi-threaded tests, while in a PCMark run it achieved a score of 2,483. This makes it quite a lot slower than the significantly cheaper HP Pavilion x360 when multi-tasking; the Intel Core i3-6100U on board this significantly cheaper device has Intel Hyper-Threading, which speeds up multi-tasking performance. This makes choosing the AMD A9-powered edition of the Envy x360 a little puzzling. 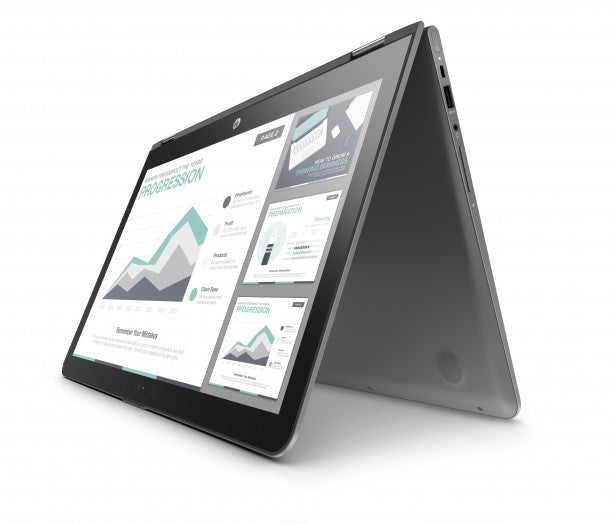 In everyday use you probably won’t notice the difference, but when rendering photos you might feel the pinch.

What really helps every day snappiness is the high-speed M.2 SSD running in the device, which achieved a read speed of 810MB/sec in the AS SSD benchmark and 136MB/sec write speeds. The write speeds are much lower than I’d expect, but system feel is defined by read speeds, and these are sky-high.

While real-world performance is more than sufficient for day-to-day use, gamers will want to look elsewhere – the Radeon graphics aren’t up to the task of playing modern-day titles. In Minecraft, the frame rate displayed plenty of variance, jumping between 20 and 40 frames per second. Turn up the settings, and you really won’t have a playable experience.

Using the touchscreen is a pleasure, and the responsiveness is slick in both tablet and laptop modes, but there is an issue triggering tablet mode when converting from the standard laptop stance. While it does use Windows 10’s Continuum feature to switch modes, it doesn’t always recognise the switch, which can be frustrating.

The battery life is very respectable for a laptop of this size and price, and it shouldn’t be an issue for all but the heaviest of users. In TrustedReviews’ PowerMark test – which involves 10 minutes of web browsing and 5 minutes of video – the laptop lasted 8hrs 13mins, with brightness set to 50% and key backlighting switched off. In a real-world scenario, the x360 managed around five hours of screen-on time, which is fine, if not spectacular.

While it isn’t the most powerful, nor the lightest convertible notebook on the market, the Envy x360 does just enough to differentiate itself from the Pavilion x360. This is largely down to the M.2 SSD, which helps pick up the performance shortfall caused by the processor.

The cheaper Pavilion is still probably a better buy in terms of raw value for money, but the Envy’s lighter weight and better build are big plus points.

It isn’t without flaws, but the cheapest HP Envy x360 is an attractive convertible laptop.