Despite its enviable specifications, our tests found the HP Envy Touchsmart 15 to be a little underwhelming. In PCMark07 it recorded a score of 3,573: respectable, but well short of the Lenovo X1 Carbon Touch (5,056), or even cheaper Ultrabooks like the Sony VAIO Pro 13 (4,566) or Samsung Series 7 Ultra (4,399).

This was backed up by occasionally sluggish performance opening applications and boot up times of 18 seconds from cold, and over 30 from a restart. We put this mild disappointment squarely at the feet of the 5,400rpm hard drive. We’d personally have gladly reduced the 16GB RAM for a hybrid SSD drive to pep up performance.

We were expecting great things with the dedicated GeForce GT740M graphics card included, but our 3DMark tests were confusing. On the entry-level Icestorm tests it recorded a score of 15,265 – our lowest since we started using the software. Turning it up to Icestorm Extreme actually improved the score: 15,326. This is unprecedented, with every other laptop we’ve tested lowering at this point. 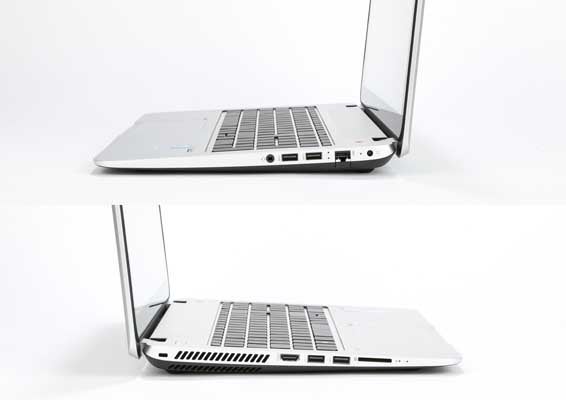 Baffled we pushed on to the Cloudgate tests, and the Envy surprised us again… this time by recording the highest score we’d managed to date on the most intensive test: 7,078. This comfortably beats the previous record held by the Lenovo X1 Carbon Touch of just 3,807.

To settle this, we put some real world gaming examples through their paces in the form of LA Noire and Fallout New Vegas. We’re delighted to report that LA Noire’s beautifully drawn, expansive city environments were incredibly smooth to play around in on the default settings, and even ramping things up to 1,920 x 1,080 with the comparatively elderly Fallout New Vegas in 1,920 x 1,080, ultra-detail and 8x anti-aliasing didn’t cause it to struggle one bit.

With that in mind, we’re happy to put the initially disappointing 3DMark scores down to the idiosyncrasies of the tests – this is a laptop that can handle some pretty challenging 3D gaming! 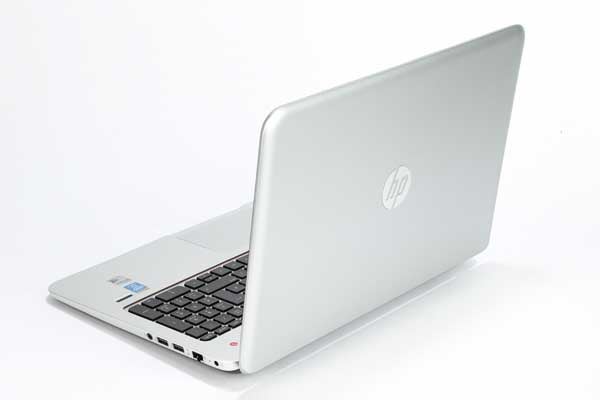 It wasn’t helped by testing the Envy in the hottest month of the year so far, of course, but we found the fans on the laptop even during light use to be on the noisy side. Still, this shouldn’t be overstated: it’s not something that a little light music wouldn’t drown out, but it’s definitely noticeable.

To the touch, the Envy feels only slightly warm. This comes down to the advantage it has over its Ultrabook brethren, where its thickness insulates against direct contact with its hottest components.

When we put it under proper pressure in our LA Noire test above the fans because truly noisy – so loud that the Envy’s built in speakers struggled to cover it. The Fallout New Vegas test didn’t stress it to the same extent, so that kind of noise is evidently reserved for the more challenging tasks. 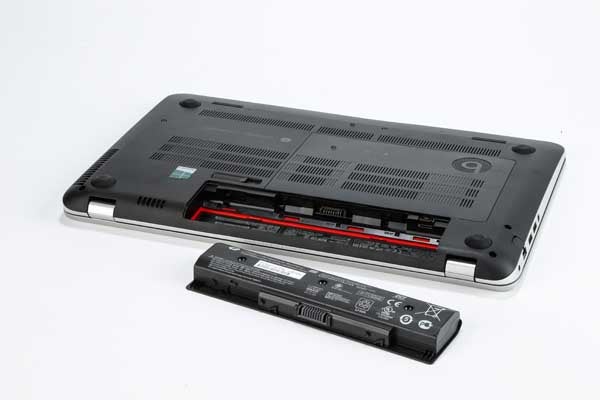 Our standard test at 40% screen brightness found the Envy Touchsmart 15’s six-cell Li-lon battery would last around four hours and 17 minutes of mixed use before giving up the ghost: solid, but unspectacular. On the plus side, it’s more than the AMD-powered HP Pavilion Touchsmart Sleekbook 15-b129ea, though the Envy is good deal more expensive, too.

Used as our main laptop for the review period
Tested for at least a week
Used consistent benchmarks for fair comparisons with other laptops
Reviewed using respected industry benchmarks and real world use
Previous
HP Envy Touchsmart 15 Review Next
Keyboard, Touchpad and Verdict Review