The beauty of a 15-inch laptop is that we get a full size keyboard to play with: numpad and all. The keys here are all present and accounted for, including a full-sized set of function keys along the top, which is welcome in a world where they’re so often reduced in size for space reasons. As you’d expect, you can build up typing speed quickly. 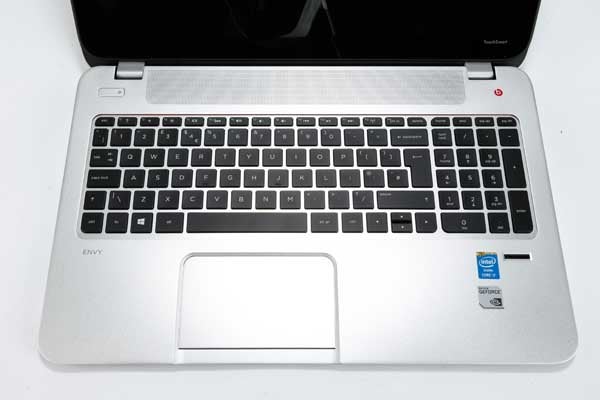 Three issues prevent it from passing without criticism, however. The first is that the frame is weirdly hollow around the D,F,G segment of the keyboard, which means the case actually bends in when you hit the keys there. This isn’t particularly noticeable anywhere else on the laptop, and we don’t think it raises questions about reliability, it’s just odd in a £1,000 computer.

The second is that the spacebar feels unnecessarily short on a laptop this wide, with more space than we think is right given to the rarely used ‘alt’ keys either side of it. We managed to miss the spacebar a few times as a result.

The third is the worst: we found while typing up this review that the Envy Touchsmart 15 was consistently dropping letters as we typed. If this happened once or twice, we’d assume typos on our part, but we’ve lost count over the course of writing this review up, and we’re not accepting human error. Perhaps this is down to a faulty unit, but the fact that it’s not the same letter each time (or even the same area of the keyboard) suggests a more inherent fault with its keystroke detection.

The touchpad takes a little getting used to as well. It’s a generous size, so gestures are performed consistently, but because it’s offset to the left of the laptop we found we spent a lot of time pressing right-click when we meant to left click, which is as infuriating as it sounds. It also occasionally registers the scrolling motion as a light tap click, too.

We found highlighting text to be difficult to pull off – especially large sections, and when we managed it, there was a good chance the touchpad would slip and we’d end up dragging it into another section of text. Very annoying: it managed the advanced functions of gestures well, but the simple day-to-day stuff doesn’t prove half as easy as you’d hope from the get-go, providing an unnecessary barrier to smooth browsing. 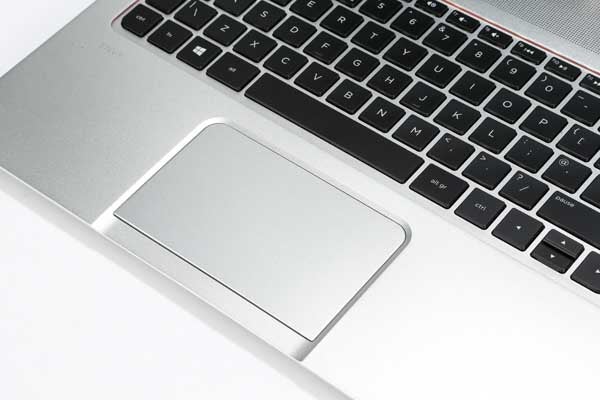 Despite its bulkier frame, the Envy Touchsmart follows the fashion of Ultrabooks by not including an optical drive, which we find a little disappointing. True, we don’t frequently use a DVD drive nowadays, but if it seriously wants to be considered as a desktop replacement, we’d argue that people occasionally need to access optical media. Either way, if that’s an issue for you, you would need to buy an external drive to carry alongside its already considerable 2.54kg weight.

It also proudly proclaims its Beats Audio credentials on the packaging and on the laptop body itself. We found the sound to be pretty good on the whole, managing deeper bass notes than most laptops can, as well as nice, clear distinct channels. Of course, a laptop’s speakers will never match a good external set, or some decent headphones, but as they go, the Envy’s are good performers. 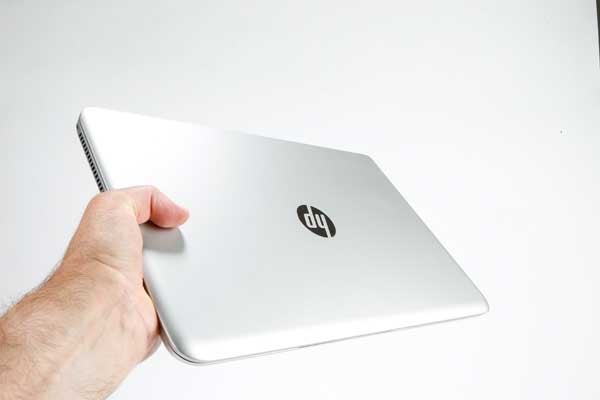 Should I buy the HP Envy Touchsmart 15?

While the raw specifications and gaming power of the Envy Touchsmart are hard to argue with, we found it lacking in a few crucial ways that would make us cautious about giving it a whole-hearted recommendation.

The screen is merely okay, but the real issue for us is the unreliable keyboard and trackpad that often make it feel that the laptop is fighting against you rather than making life easier. On top of that, while in principle we love the idea of a £1,000 laptop packing 16GB RAM, in practice we’d rather have saved the money there and had HP put in a hybrid SSD to boost boot and response times.

So what are the alternatives? The Dell XPS 14 is more Ultrabook than this is trying to be, but we really liked it when we reviewed it six months ago. We haven’t review its bigger brother – the XPS 15 – but it offers similar specifications to this including the dedicated Nvidia graphics card, and we’d be confident that it wouldn’t have the same input issues that we came across here. Plus it has a hybrid SSD/SATA hard disk and optical drive.

For more alternatives, read our best laptop round-up for our top picks.

On paper, the specifications are impressive for the price, but the cut corners are obvious in the keyboard, touchpad and screen. A solid laptop then, but we’d hope for more to replace our desktop full time.