The Core i7-4702MQ processor is a full-fat mobile chip with none of the restrictions that afflict low-power parts. That means a respectable 2.2GHz core, a Turbo peak of 3.2GHz, and a full complement of L2 and L3 cache. HP has installed 12GB of RAM, which is four gigabytes more than we’re used to seeing inside other premium portables.

The HP’s sizeable dimensions and price mean there’s room for a discrete GPU too. Nvidia’s GeForce GT 750M is a mid-range part based on a core that made its debut in older 600-series parts, but it still has the muscle to see off machines with integrated graphics.

The HP’s PC Mark 7 result of 3,269 isn’t the best, but the Envy made up for that score with 11,247 in Geekbench 3 – an impressive result that’s comfortably in the top half of our tables. There’s enough performance here to swat aside most applications, but other machines are faster: the Toshiba Satellite P50t used its own Core i7 processor to score 12,210, and the MSI GT70 used a Core i7-4800MQ to score 12,666. 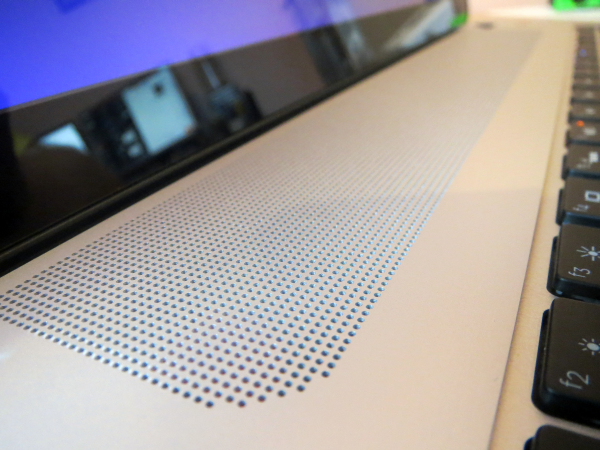 The GeForce graphics core scored 57,241 in 3D Mark’s Ice Storm test – a big improvement on Intel’s best integrated GPUs, which score 40,000 or less. Again, though, more power is available elsewhere: the MSI returned a result of 63,839 in that benchmark, and the Toshiba hit an impressive 84,014.

In the demanding Fire Strike benchmark the GeForce GTX 870M inside the MSI really proved its worth with a result of 4,286 – a long way ahead of the HP’s 1,551.

Real-world tests further prove that the HP’s gaming performance is modest rather than mind-blowing. Older, less intensive racing title DiRT 3 ran at 1080p and Ultra settings at a smooth 30fps, but we had to drop down to Medium in order to get above 30fps in Bioshock Infinite.

The 1TB hard disk trades capacity for speed, as its middling sequential read and write figures of 106MB/s and 104MB/s demonstrate. It’s slower to boot than SSD-based systems, too. But, of course, with such easy access and a second drive bay, an after market SSD upgrade will be very easy. 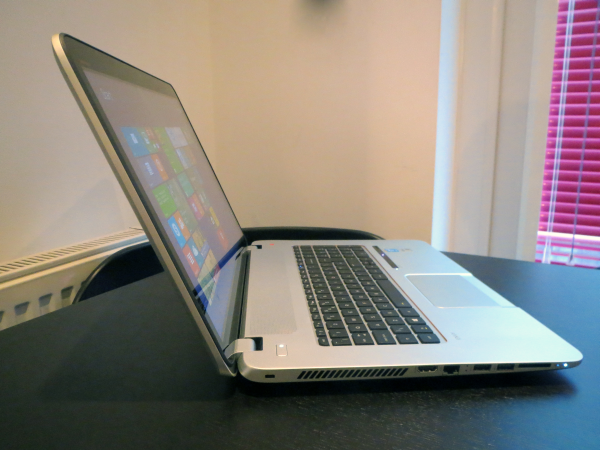 The Envy suffered in thermal benchmarks. Less than a minute of stress-testing saw the HP’s fans ramp up, and they soon grew louder – at peak, the high-pitched whine will be difficult to ignore unless you’re wearing noise-cancelling headphones or playing loud music.

It’s no surprise given the temperatures on the inside. The graphics core hit a dangerous peak of 90°C, and the processor was even worse – its 100°C top temperature is right on the silicon’s thermal limit.

That result is all the more disappointing given that the HP’s idle temperatures and noise output gave little cause for concern, and it means we’d reconsider the Envy if we wanted to do serious work – a machine this big shouldn’t struggle so much to keep cool. 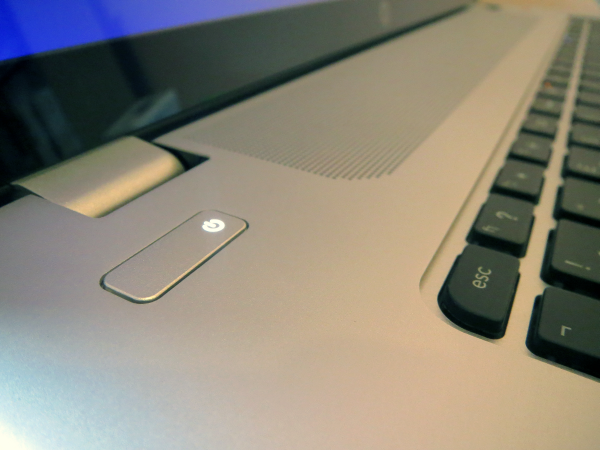 The Envy 17 carries on the fine tradition of desktop replacements with underwhelming longevity. Our standard Powermark test tones the screen down to 40% brightness and simulates a light workload of web browsing and video chat.

In that undemanding test, the Envy lasted three hours and 54 minutes. That’s around half an hour better than the Toshiba and almost a full hour longer than MSI’s gaming machine, but it’s still half the lifespan of the poorest Ultrabooks.

Expect poorer results still if you use the full extent of the HP’s capabilities. We turned the screen to 100% brightness and loaded a benchmark that simulated web browsing, word processing, photo editing, video chat and casual gaming, and the Envy lasted for barely more than two hours.

The HP’s empty battery regained 32% of its battery after half an hour of charging – an average result that meant only one hour 15 minutes of usage.