What is the HP Envy 17 Leap Motion SE?

The HP Envy 17 is a high-class desktop replacement with a trick up its sleeve – or, more accurately, in its wrist-rest. It’s the first laptop we’ve seen with Leap Motion, which means games and apps can be controlled with mid-air gestures.

In every other department the Envy 17 fits the bill. Its wide chassis is dominated by aluminium, its 17.3in screen is bright, and its insides are crammed with high-end components. It also costs £1,199 – enough to put all but the most luxurious of rivals in the shade. 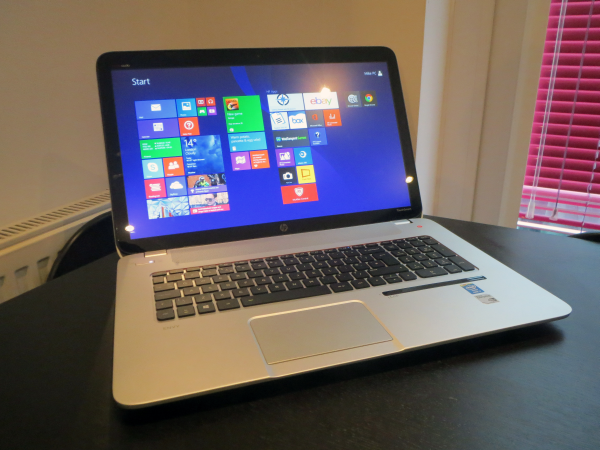 The Leap Motion sensor in this system is smaller than the standalone unit released in the summer of 2013. It’s installed into the wrist-rest, and the two cameras and three LEDs inside the glossy black bar are activated with a keyboard shortcut.

It’s designed to control apps and games through mid-air gestures, and the cameras can track both hands and all ten fingers simultaneously. Those apps and games come from Leap Motion’s store, and there is plenty of free software if you don’t want to spend cash – and three games are included free with the Envy.

They’re not exactly complicated. One is a 3D Breakout clone, and another mimics Fruit Ninja. A third uses both hands to create dance tunes in real-time. Games from the store weren’t much more complex: there’s a kart racer based on Wreck-it Ralph, painting tools, platformers and more.

Even after calibration we had numerous problems playing games: the cameras often lost our hands when playing that Breakout clone, so we’d lose the round, and the music game relies on accuracy that this device doesn’t provide.

Sugar Rush Speedway, the kart racer, looks impressive, but it often lost our hands – so we’d lose the race. Another game, Jungle Jumper, asked us to move a hand backwards even though this movement caused the Leap Motion camera to lose track or our palms, and it then required extreme precision to guide its character through the air. The lack of accuracy available put paid to all the games we tried and, even when Leap Motion worked as intended, keyboards and gamepads are still far more reliable and satisfying.

Leap Motion is easier to use with sedate apps like Google Earth, the New York Times and Allthecooks. But, while that’s true, it also renders the Leap Motion pointless: it’s even easier to navigate using the touchscreen or the trackpad. There’s also another simple issue – holding your arms in the air makes them ache and arguably makes you look a little silly.

Gesture control is exciting, but Leap Motion’s execution is disappointing. The controller lacks the precision and consistency to make games satisfying, and we can’t see children or adults having the patience to put up with the limited number of titles and their awkward controls. And, while it’s easier to handle non-game apps, there’s little reason to put up with motion control here either, as the Envy has a competent touchscreen of its own.

SEE ALSO: Our Pick of the Best Tablets 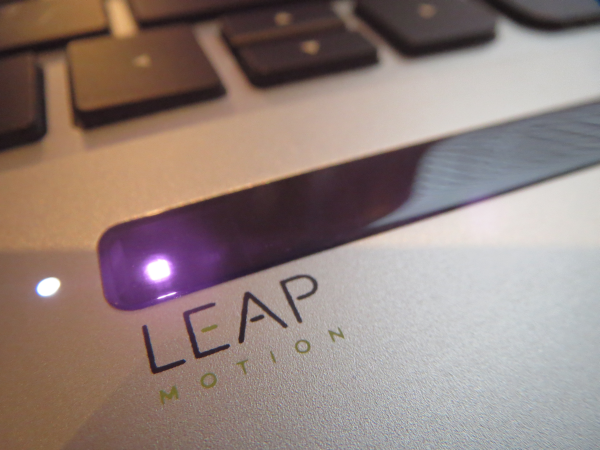 As with many other high-end laptops, much of this machine is made from aluminium – and anything that doesn’t look metallic is a smartly contrasting black plastic. The sides taper to a neat front edge, and the Envy and Leap Motion logos look good thanks to thin, dark lettering. Above the keyboard sits a slick speaker grille and the recognisable Beats branding.

The chunky Envy has great build quality. The wrist-rest barely budged despite hard presses, and the screen is thick enough to withstand knocks. The base feels strong, and the underside offers versatility: a large panel can be pulled away by removing just one screw, and it gives access to two memory sockets, the Wi-Fi card, and hard disk. There’s even a spare 2.5in bay – that’s the luxury of a 17-inch laptop.

The dual-band 802.11n Wi-Fi is a single-aerial card that will restrict speeds compared to multi-aerial models, but there’s Gigabit Ethernet and Bluetooth 4.0. Connectivity around the edges is standard: four USB 3 ports, an HDMI output, an SD card reader, one audio jack and a DVD writer.

This is no small machine, so you’ll notice its 3.4kg body – that’s a kilo heavier than the Toshiba Satellite P50t, and not far behind the 3.9kg MSI GT70, which is a specialist gaming machine. The HP’s 28mm depth is better – one millimetre slimmer than the Toshiba. 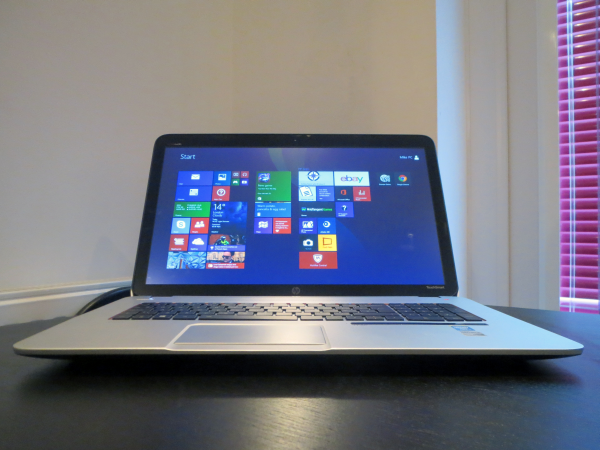 We’re pleased by the 1,920 x 1,080 touchscreen – after weeks of Ultrabooks and hybrids with ultra-high resolution panels, it makes a pleasant change to test a system that doesn’t suffer from irritating resolution-scaling issues.

The Envy’s resolution is designed for primarily for play, rather than work, and the screen’s benchmark results back this up. The 236 nit and 0.32 nit brightness and black levels are good, which means that colourful games and dark, brooding movie scenes look equally impressive.

The contrast ratio of 737:1 is reasonable, and the HP’s screen displays plenty of colours – its sRGB coverage level of 93.8% is excellent, especially for a consumer machine.

Anyone looking to do serious photo editing and other graphical tasks should look elsewhere, though, as the colour temperature of 7,558K is far too cool and the Delta E of 7.5 is inaccurate. 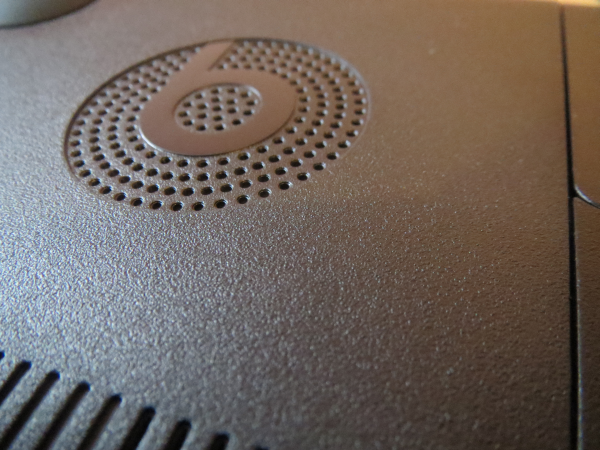 HP has deployed four Beats-branded speakers and two subwoofers. The substantial audio gear pumped out huge noise – more than enough for a living room, for instance – and quality was good, too. Hi-hats are snappy without slipping into the tinny territory of most laptops, and guitars in the mid-range are chunky. There’s depth throughout the range, and bass is present without proving overwhelming. These speakers are easily good enough for music, movies and games.