The G2 HP sent in for review came equipped with a dual-core Intel Core i5-7300U processor and 8GB of DDR4 memory. The i5-7300U has a base clock speed of 2.6GHz and will boost all the way to 3.5GHz. It’s a great performer and is more than good enough for photo and Full HD video editing. It’s also a faster chip than the one found in the base model 13-inch MacBook Pro, and quicker than the i5 you’ll find in the base model Dell XPS 13.

In addition, it’s more powerful than the Dell XPS 13 2-in-1, which has lower-power Core i Y-series CPUs at its heart. 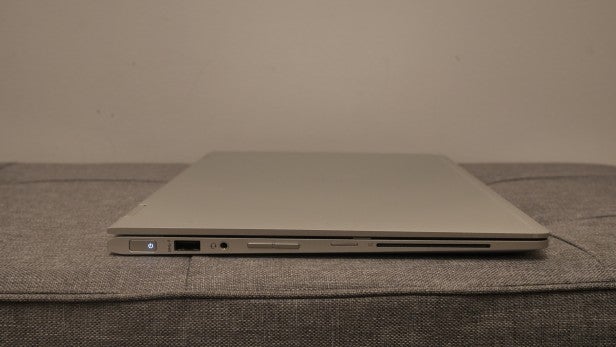 The system felt sprightly, although the 256GB M.2 SSD matches slower SATA 3 speeds, and could manage read speeds of only 524MB/sec. The fastest NVMe PCI-Express SSDs manage five times that speed. In normal use, I’d wager most people are unlikely to notice – but in storage-intensive tasks such as photo editing the extra fractions of a second will start to add up.

I found Wi-Fi performance to be on a par with other high-end Ultrabooks, and it was quick to connect to every network I tried.

Heat and noise were perfectly acceptable. When idle, the laptop is near-silent – although as you open programs a constant whirring of the fan will interrupt the decorum, but not to any disturbing extent. It’s only under extreme load that the fans start to fire up.

The EliteBook x360 G2’s battery life is excellent, putting in one of the best performances I’ve seen in a while. On a normal day for me, which includes heaps of power-hungry browser tabs, email and word processing, I was able to get nearly a full eight hours out of it, with the screen at a little over half brightness.

This was achieved without Battery Saver switched on, which suggests that with a bit more conservation, the x360 G2 should easily make it through a full working day. It isn’t as good as the two 13-inch MacBook Pros, which could happily go beyond 8 hours in the right circumstances, and it’s neck-and-neck with the Dell XPS 13. 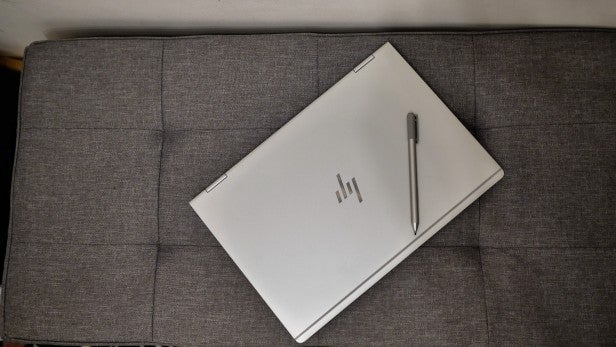 In our artificial Power Mark benchmark, which tends to over-score slightly, it managed 9hrs 40mins, which puts it just behind the Dell XPS 13, which came in at over 10 hours. With an hour of Netflix, it lost around 16% of its charge, suggesting over 6 hours of constant video playback. The Dell XPS 13 consumed 19% per hour in the same test, while the MacBook Pros managed between 13% and 14%.

This is one of HP’s finest laptops of 2017, and it’s a firm rival to the Dell XPS 13 2-in-1. Granted, the HP is slightly thicker, the package including the power brick is a little heavier and the SSD is slower. However, it has a much faster processor and an equally attractive design.

It’s hard to fault it in this context, although up against the regular Dell XPS 13, it is quite expensive. But when you factor in the handy hinge and stylus-ready touchscreen, the HP EliteBook x360 G2 doesn’t appear to be quite such a hard sell.

A quality laptop that isn’t just for business.