Intel Core M’s efficiency improvements boost battery life, but there’s only so much room inside the Folio’s tiny body, so HP has included only a four-cell 36Wh battery.

That’s some way short of the 50Wh power packs inside the HP ZBook and Lenovo ThinkPad, although those machines do have far more power-hungry components.

This middling battery size resulted in the Folio lasting 7hrs 28mins in our standard 40% screen-brightness test. This result is about an hour more than the HP ZBook, but more than two hours behind the Lenovo. 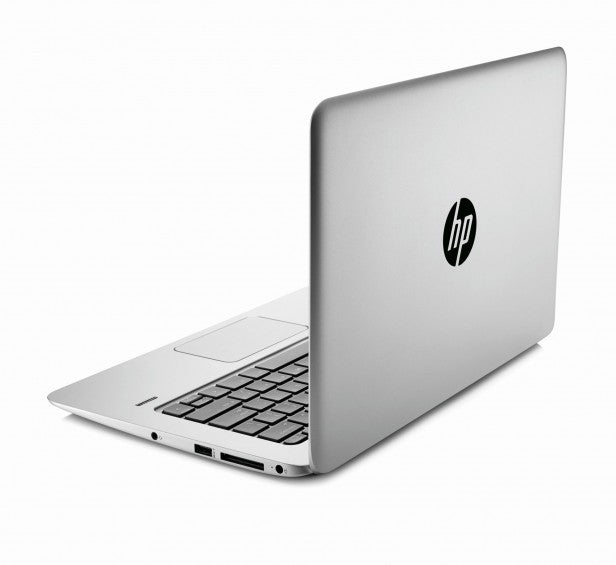 The HP quickly regained its charge, with 41% of the battery filling up following 30 minutes plugged into the mains. To get a full day from the Folio, however, it’s best to turn down the screen brightness or keep an eye on your power management.

Intel’s Core M isn’t the fastest chip when it comes to benchmarks, but that’s no surprise – it’s a low-power chip designed for machines that are fanless. The lack of a discrete GPU also hampers the Folio’s proper work potential.

This lightweight laptop is suited to less demanding office tasks. Word processors and spreadsheet tools, web browsers and other low-end applications will run without complaint, but high-end graphics utilities or CAD/CAM tools will leave the Folio reeling.

The Folio’s modest aims are backed up by benchmarks. Its PC Mark 7 score of 4,027 is more than 1,000 points behind the HP ZBook and Lenovo ThinkPad, and the gap becomes even wider in Geekbench 3: the Folio limped to 2,925 points, with its rivals both scoring more than 5,000 points. 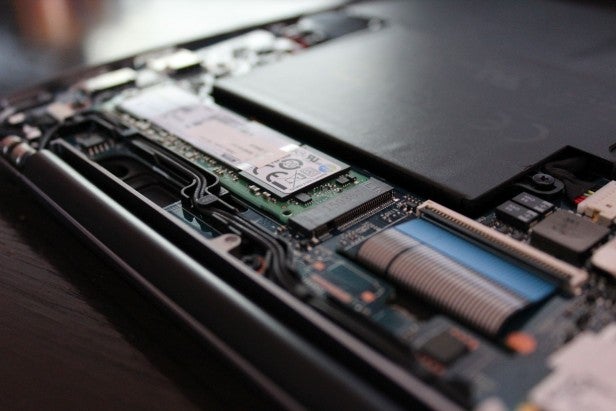 The Intel Core M processor has Intel’s HD Graphics 5300 core. Its revised architecture and 900MHz top speed helped it to a score of 25,554 in the 3DMark Ice Storm test. That’s better than older integrated GPUs, but it’s still no match for discrete cores. The HP and its AMD FirePro silicon scored 42,182 in the same test.

The 256GB Samsung SSD proved disappointing in sequential read and write tests: its results of 483MB/sec and 228MB/sec are mediocre, and no better than both Windows-based rivals. It’s especially disappointing in a machine at this price now that Apple is including far faster PCI-based drives in much more affordable laptops.

The Core M processor means the Folio is fanless, so there’s no noise during intensive work. The chip’s top temperature of 58 degrees is fine, and little heat made it to the exterior of the laptop during stress tests – the aluminium became a little warm, but it was never uncomfortable.

HP is pushing this machine as a business laptop, but in terms of design the Folio borrows as much from the consumer world as it does from the office. Its looks are more akin to high-end Ultrabooks than traditionally stuffy business machines.

It includes good business features, but its Ultrabook style and slim frame is a double-edged sword when it comes to productivity. It’s slimmer and lighter than every rival, which outs it ahead for portability, but its benchmarks can’t compete and its battery life is middling. 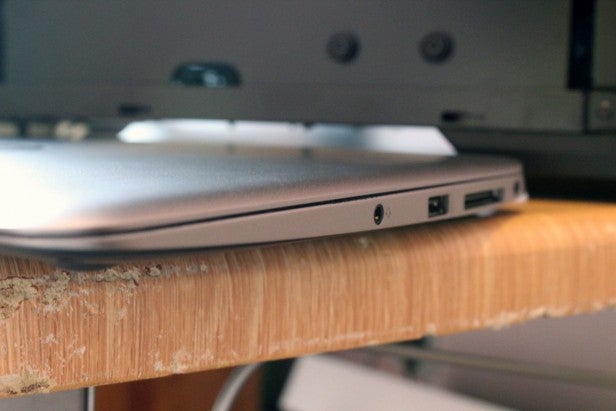 The price is divisive. Prices for Lenovo’s ThinkPad X1 Carbon start at £1,270, with a model featuring a 1440p touchscreen available for £1,660. The HP ZBook is more expensive, but it can be customised to cut down the cost. Apple’s MacBook Pro 13 and MacBook Air models are all cheaper.

Although the HP is slimmer, lighter and more stylish than its business competition, and it offers good office features, more power and versatility is available on machines that save cash by eschewing style.

The Folio looks and feels fantastic, but HP’s desire to make the best-looking business laptop on the market has resulted in compromises in several departments. Performance can’t match rivals, battery life is middling, and other machines offer more versatility at cheaper prices. The Folio is stunningly stylish, but it’s a machine for people with more money than sense.

Not convinced? Click here to check out our favourite Windows 10 laptops and tablets, or investigate our latest laptop verdicts in the reviews section.