The HP EliteBook Folio 1020 is a business laptop. However, with its aluminium finish, smart logo and tapered front edge, it looks more like a consumer Ultrabook than an office workhorse.

It has a good set of business features crammed inside, but do they justify the £1,892 price?

This is a stunning laptop. It’s made from an aluminium and magnesium alloy, which feels solid and cool in the hand. The smart HP logo on the lid is reflective, and on the hinge sits the “Hewlett-Packard” name in narrow, modern lettering. The front edge is tapered, and the ports are laser-cut from the metal.

Ease the smooth hinge open and the interior looks just as smart. The black keys stand out from the metallic surround, and above is a smart Hewlett-Packard logo and speaker grille. Below the keypad you’ll find a wide trackpad, a logo and a fingerprint reader. 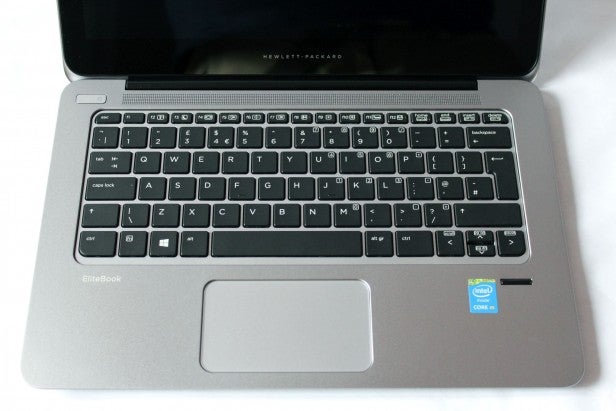 The fantastic design is paired with great build quality. The screen may be slim, but there’s barely any flex, and the base has similar strength. We’d advice putting it in a sleeve to protect its good looks, but it’s easily strong enough to survive office life.

The HP’s physical statistics are impressive. The EliteBook weighs 1.2kg, undercutting many of its business rivals, such as the Lenovo ThinkPad X1 Carbon and the HP ZBook 14 G2. It’s even more sleek than most consumer Ultrabooks.

The EliteBook looks fantastic, but it’s obvious HP’s designers have taken inspiration from the Apple MacBook Air. The tapered front edge, aluminium design and dark keyboard of the EliteBook are strikingly familiar.

Getting inside the Folio requires removing around a dozen Torx screws, and the M.2 hard disk, wireless card and battery are all accessible. However, the memory is soldered to the board. It’s the same situation as the Lenovo ThinkPad, but it’s less access than the ZBook.

The Folio’s slimline build results in modest components. The most important part is a new Intel Core M processor. The Broadwell architecture improves performance and power efficiency, and the chip used inside this machine is the Core M-5Y51. It’s a mid-range CPU with two Hyper-Threaded cores clocked to 1.1GHz and a lofty 2.6GHz Turbo peak, and it has Intel’s new HD Graphics 5300 integrated GPU. 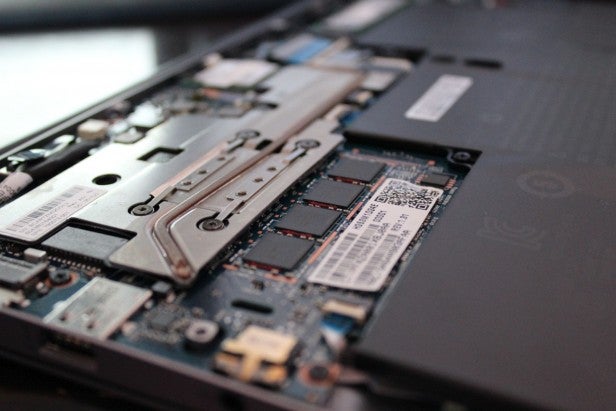 It’s impressive technology, but it has its work cut out. The Lenovo ThinkPad has a Core i7 processor and faster integrated graphics, and the HP ZBook has an AMD FirePro graphics chipset.

Storage comes courtesy of a 256GB Samsung PM851 hard disk, plus there’s the usual dual-band 802.11ac wireless and Bluetooth 4.0. Gigabit Ethernet is only available through an adapter, and there’s no provision for mobile broadband.

HP has managed to squeeze some business features into the Folio’s slim frame. The EliteBook Folio 1020 G1 includes virus protection and data encryption, and it adheres to several MIL-STD-810G tests – another tick for build quality. This machine is also integrated with HP’s BIOSphere system, which provides security for smaller business and notebook deployments.

The Folio features a fingerprint reader, NFC and TPM 1.2, and its edges have two USB 3 ports, a headphone jack and an HDMI output. A microSD slot is included, but there’s no slot for a full-size SD card. The largest port on the right-hand side connects the adapter for D-SUB and Ethernet output, as well as other accessories such as port replicators and docking stations. 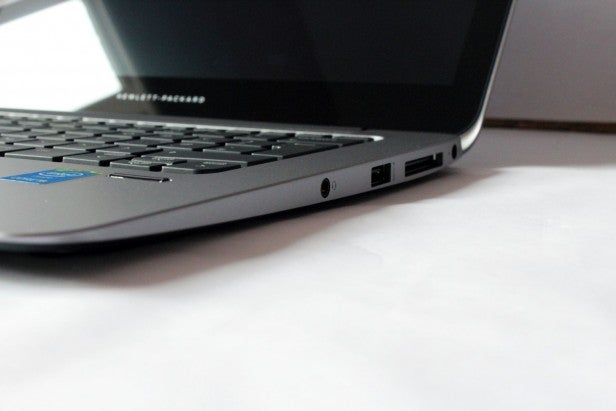 They’re excellent business features considering the Folio’s small size, but other laptops carry more. For example, both the ThinkPad and ZBook include a greater number of ports, with the former also featuring a SIM card slot, and both have trackpoints with dedicated buttons.

Other machines also offer the ability to customise the internals. The cheaper version of the two available models in the range costs £1,718 and while it offers the same basic specification, it also has a 1080p non-touch screen.

The EliteBook’s three-year warranty matches that of its rivals. As usual, more protection can be added, with care packs and longer deals available.