Hands-on: HP Elite X3 wants to be a phone, tablet and laptop in one

HP is a name more associated with laptops than smartphones, but with the Elite X3 the brand is hoping to bring a little of its business nous to one of the most crowded and, arguably, tough to succeed in fields in tech.

The idea behind the Elite X3 is something we’ve seen before. Asus did it with the PadFone 2 and Motorola tried it with the Atrix. However, the thing is, so far all the products that have attempted to turn your phone into laptop have enjoyed little success.

HP’s attempt to re-enter the crowded mobile space begins with a 6-inch, Windows 10 phablet with a quad-HD screen. It’s water-resistant, drop-proof, protected by both an iris and fingerprint scanner and rounded off with a spec sheet that rivals just about any other handset currently on the market.

But the Elite X3 is attempting to be far more than just a phone – and it’s this area that will determine whether it falls or triumphs.

Sold alongside the Elite X3 handset are a couple of accessories. The first is a desk dock, which works together with Microsoft’s nifty Continuum feature to beam your smartphone’s display to a screen on your desk. Connect up a keyboard and mouse and you have yourself a mini portable workstation. 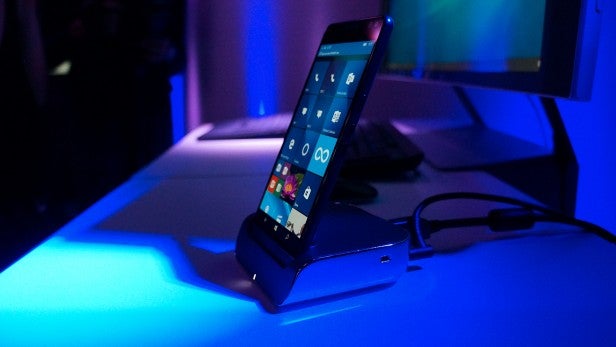 The Desk Dock integrates USB-C, USB A, Ethernet and a Kensington lock port

But the other, much cooler, add-on resembles a super-thin laptop. Except that it lacks a CPU, memory, storage and pretty much everything else you’d normally find inside a typical Ultrabook, apart from a battery. It’s simply a screen that includes some ports with which you can connect it up to the Elite X3 either wirelessly or via USB-C.

Unfortunately, I wasn’t able to try out what HP refers to as the Mobile Extender – or, more affectionately, the “Me Dock”. But it’s light and small, with a 12.5-inch display and a 48Wh battery, which HP says should get you through a couple of days with a single charge. 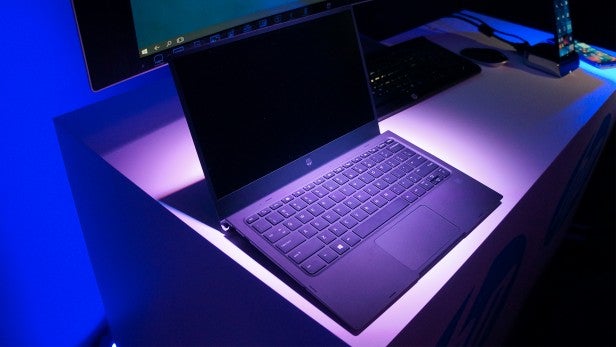 You can connect the phone to the Mobile Extender wirelessly, or with a USB-C cable

It’s certainly a speedy phone, although that’s to be expected with the sort of power that lies inside. In my short time with the device, apps opened up without any judder, and scrolling around the Windows 10 UI was smooth. Will it suffer from the same weird bugs that plagued the Lumia 950 or 950? It was difficult to determine, but I’d guess it probably will simply because there haven’t been any major updates in the past few months.

Unlike the other devices that have so far shipped with the latest version of Microsoft’s mobile OS, HP is far more interested in attracting the business market with the Elite X3, rather than consumer one.

To reinforce this point, the company has included a number of business-focused features that are remain a rarity on other phones. There’s TPM encryption, a Kensington lock and Ethernet port built into the dock plus dual-SIM support. 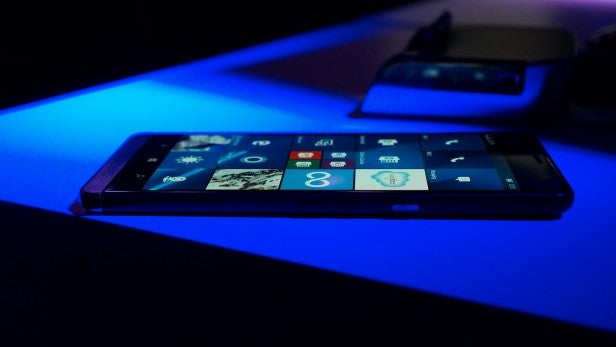 It’s a light, yet fairly uninteresting phone to look at

In pictures, the Elite X3 looks sleek. When I fist caught sight of it in HP’s briefings, I thought it blew the Lumia 950 and 950 XL out of the water. Get it in your hand, however, and it’s distinctly underwhelming.

HP says the phone has been designed with Bang & Olufsen. This is quite obvious from the B&O logo stamped on the bottom speaker, which also happens to be the only bit of design flair on the entire phone. The rest of the handset is fairly typical: a plastic slab, with slightly curved sides and a flat back.

Although the Elite X3 isn’t the thinnest phone on the market, it certainly feels light, if a little cumbersome thanks to that huge 6-inch screen. There’s a USB–C port on the bottom, a couple of mushy-feeling buttons on the side and a circular camera sensor on the the phone’s rear.

Just like Microsoft’s own Windows 10 phones, the Elite X3 is fairly boring to look at. 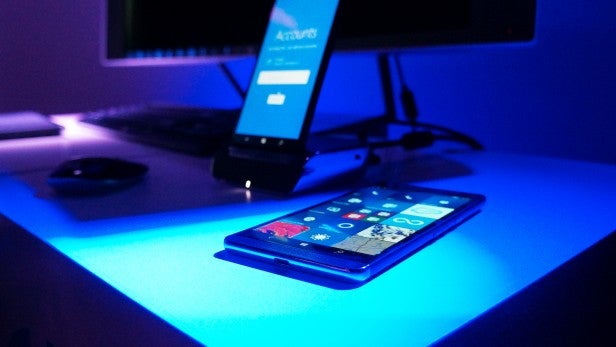 USB-C is the connection port of choice here

However, that 6-inch screen is bright and vibrant, with pin-sharp detail thanks to the quad-HD resolution. Even in the oddly lit demo room, colours were accurate and reflections from the vast array of spotlights were kept to a minimum. Those B&O speakers have been specifically altered too, in order to deliver crystal-clear Skype chats.

The front-facing 8-megapixel camera captures two images at a time, making your video-chats far more crisp when the lightning conditions aren’t at their best. On the rear of the handset sits a 16-megapixel sensor with an f.2.0 aperture. I wasn’t able to fully test the camera, but it seemed to have some trouble focusing in the very dark surroundings.

One spec that stood out head-and-shoulders above the rest was the battery. It’s a huge, class-leading 4,150mAh cell that HP claims should make it through two days. There’s plenty to power here, so it’s no surprise that HP has seen fit to include such a sizeable battery – I hope it can match up to HP’s claims. 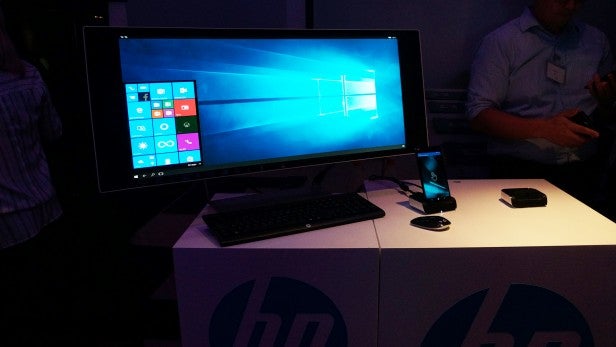 Continuum lets you display your phone on the big screen

HP isn’t the first company to try to turn a phone into a laptop replacement, but will it be the first to succeed? Maybe – but I wouldn’t count on it.

See, the problem is that I’m not convinced that consumers really want a single device with only a fraction of the functionality of a dedicated device. If the Elite X3 was your only laptop then you wouldn’t be able to edit snaps in Photoshop, download the desktop version of Spotify or do some proper video editing. It’s limiting – and that’s the biggest problem.

There’s no doubt that the Elite X3 is a powerful Windows 10 phone that will tick the boxes for many business-orientated consumers. But will company’s be prepared to risk everything on this single-device approach? I’m not so sure.

What are your thoughts on the HP Elite X3? Let us know in the comments below.