The screen has a sensible 1080p resolution, and its touch compatibility, Gorilla Glass coating and digitiser mean it’s one of the most feature-packed panels we’ve seen on a hybrid.

The 397-nit brightness level is excellent, since it means there’s enough light in this panel to make the screen visible both outside and under the harshest office lights. The black level of 0.43 nits is decent, with a contrast ratio of 923:1 – a figure that’s ample for work tasks.

This is where the good news ends, however. The 6,900K colour temperature and 4.75 average Delta E are both middling results that put paid to the HP’s prospects as a serious graphics system. That’s a particular shame given the inclusion of a Wacom-compatible stylus. The Elite could render only 62.8% of the sRGB colour gamut, which is disappointing. 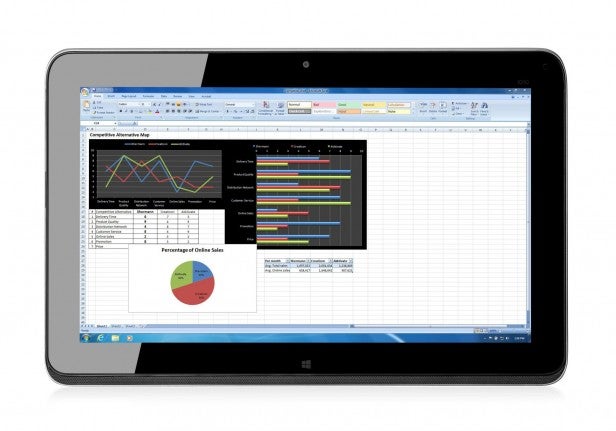 The Elite’s panel doesn’t compare well to some rivals, either. Its quality and sharpness levels aren’t able to match Apple’s screens, for example, and HP’s own EliteBook displayed better colour quality and deeper blacks.

Although the Elite x2 1011 G1’s screen is fine for most work tasks, then, it falls short of the quality displays included with many proper notebooks.

The speakers, too, are underwhelming. There’s no bass, the sound is one-dimensional, and the high-end is tinny enough to dominate the rest of the range.

HP makes a big deal of this machine’s full-sized keyboard. I’m happy with the size of the keys, and the sunken typing unit allows the HP to provide good travel. Typing on the Elite x2 1011 G1 is a pleasure.

The buttons are light enough to encourage fast typing, but have enough substance to feel solid, and the action is repetitive and firm. Most of the keys are large enough, but a few do feel squeezed. The Return key is single-height, and the cursor buttons are tiny. There’s no
numberpad, either.

This keyboard isn’t quite as good as units on both Apple or Lenovo machines – those keys have a tad more travel – but it’s not far behind, and it’s easily good enough for churning our reports or emails.

Below the keyboard is HP’s innovative touchpad. The ForcePad uses the fourth generation of a Synaptics-made technology, and it combines Windows gestures with similar functionality to Apple’s Force Touch hardware. 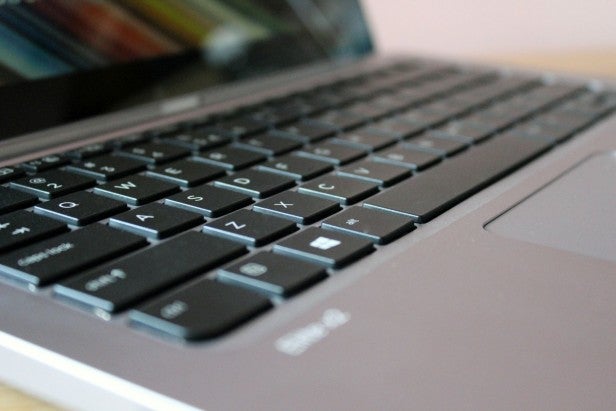 The pad doesn’t click when it’s pressed, and it doesn’t feature any buttons. Instead, the surface is pressure-sensitive, interpreting gestures and clicks depending on the strength of a tap and the number of fingers used. Scrolling, for instance, is quicker if the pad is pushed harder.

It works reasonably well, but it isn’t without issues. There’s no motor inside to replicate a click, so the speakers play a clicking sound to indicate a button press. This is fine when the speakers are on, but not so good if the machine is muted or playing music.

The fact that the low-power processor fails to always keep up is also a problem. We opened apps several times because we had no idea that our first click on its icons had registered.

The latest incarnation of HP touchpads is better than the wide, gesture-focused efforts we’ve seen on previous HP notebooks, but they’re still no match for Apple’s motorised Force Touch unit – or a high-quality traditional bit of hardware.