This is one area where the HP proves itself. The tablet and base each have a battery, with a 33Wh unit behind the screen and a 21Wh power pack underneath the keyboard.

My standard battery test sets the screen to 40% brightness and runs a web browsing and video-chat simulation. Here, with both batteries being used, the HP lasted for a mammoth 14hrs 42mins. This result beats every notebook and hybrid I’ve seen lately: The Lenovo X1 Carbon managed almost 10 hours, and the Surface Pro 3 lasted only half as long.

The HP is similarly impressive in Tablet mode. With only the screen’s battery deployed, it lasted close to nine hours – again, a result that beats most of its rivals.

When empty, we recouped around 30% of the screen’s battery with a 30-minute charge. This isn’t a great result, but it’s enough for a couple of hours of usage.

Intel’s Core M processor is a low-power part designed for mobile machines. That bodes well for battery life, but it doesn’t give us great hopes for performance.

For instance, the Elite’s PCMark 7 result of 4,124 is middling – HP’s EliteBook 1020 had the same chip and returned a similar score. In Geekbench, HP’s hybrid scored 3,730 points, which is almost 1,000 points ahead of the HP EliteBook. 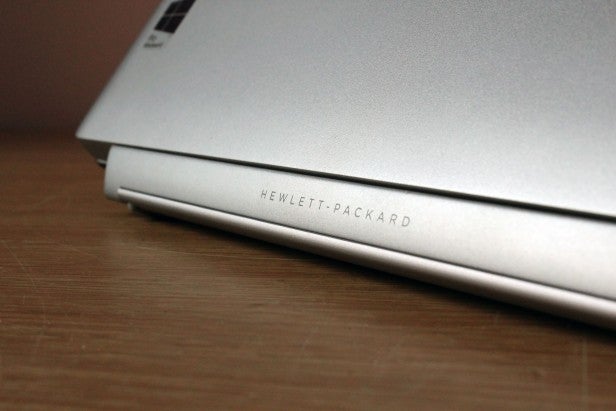 HP’s machine doesn’t compete well against other hybrids and notebooks. Microsoft’s Surface Pro 3 rattled through Geekbench to a score of 5,532, and the latest Apple MacBook Pro 13 scored 7,010. The 2015 version of the Lenovo X1 Carbon scored 5,194 points in the same test.

There’s an obvious reason why so many machines are faster than the HP Elite x2 1011 G1: Their processors. The MacBook, Surface and Lenovo all have either Core i5 or Core i7 parts that easily outpace Core M.

The Core M’s graphics chip is capable of handling light work and gaming, but that’s about it. The HP’s benchmarks demonstrate its middling abilities: Its 3DMark Ice Storm score of 28,946 is a long way behind machines featuring HD Graphics 5500 chipsets. Lenovo’s X1 Carbon is one such system, and it managed 48,874 in the same test.

The storage is similarly underwhelming. In our sequential read and write tests the HP’s Samsung drive ran at 489MB/sec and 227MB/sec. They’re reasonable numbers for SATA-based SSDs, but they’re several times slower than the PCI-based storage that’s now appearing in rival machines. 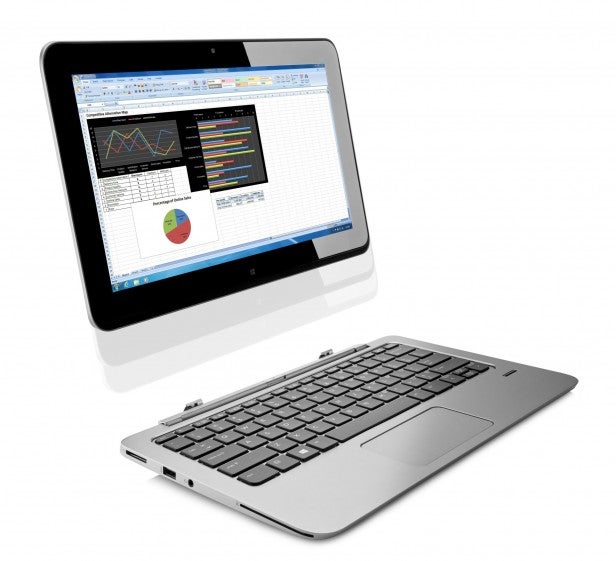 There are several advantages to HP’s latest hybrid. Battery life is class-leading thanks to its two batteries, the keyboard is impressive, and the detachable mechanism works well.

However, this positives pale next to the HP’s numerous issues. The detachable design is underwhelmed by a body that’s thicker and heavier than most rivals. The screen’s quality is only middling, despite the inclusion of a stylus and digitiser, and the Core M processor can’t compete with full-fat Core i5 or Core i7 hardware.

The price doesn’t help either. For the HP’s £1,300 I could buy both an Ultrabook and a tablet to experience the best of both form factors, rather than a device such as the Elite, which compromises in several areas.

The Elite x2 1011 G1 is a reasonable option because of its stonking battery life and good selection of business features, but it still suffers from familiar hybrid faults.

HP’s hybrid offers a reasonable selection of features, a comfortable keyboard and class-leading battery life. However, with it suffering with the usual hybrid pitfalls, I’d be tempted to spend the money on a dedicated notebook and tablet to get the best of both worlds – without the compromises.

Still torn between notebooks and tablets? Peruse our run-down of the 10 best Android tablets on the market, or dive into our verdict on the 7 best Windows 10 laptops and tablets.