HP’s Elite range usually comprises business laptops, but the Elite x2 1011 G1 marks a change from that particular blueprint. This is a hybrid machine with a detachable screen and a huge slate of business features.

No single company has yet nailed the hybrid form factor, especially at the top end of the market. These machines often tend to compromise in important areas, making them a difficult sell compared to more focused tablets and laptops.

The Elite gets off to a good start with its detachable screen. It’s a design decision that leads to a machine that’s more manageable than those systems with rotating hinges.

The 11.6-inch panel is released via the press of a button that’s set into the middle of the keyboard base. It works well, although it lacks finesse. The button itself is a little flimsy, the Windows logo is too close to the hinge, and the speaker grille is mostly blocked.

With the tablet plugged into the base, the HP is 21mm thick and has a weight 1.55kg. These are reasonable figures that help the HP duck under Intel’s Ultrabook specification – but they’re less reassuring when compared to rivals. 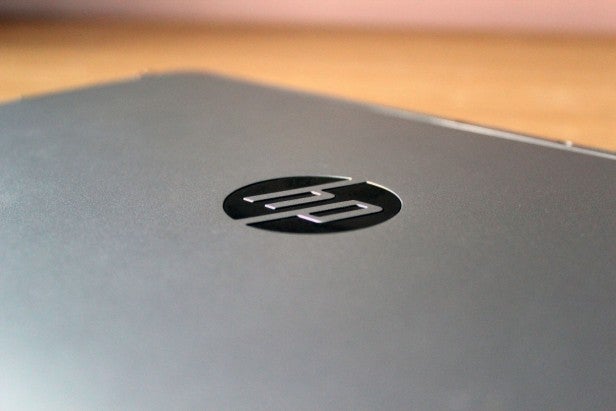 The Microsoft Surface Pro 3 is far thinner and lighter, and there isn’t much between the HP and the Dell Latitude 13 7000 – which is just as slender but slightly heavier.

Against proper notebooks, the HP doesn’t stack up well either. Windows machines such as the Lenovo ThinkPad X1 Carbon and HP EliteBook Folio are more slight, and Apple’s new MacBook and MacBook Pro models are similarly slim and light.

It’s the same story with tablets. The HP’s screen weighs 780g and is 11mm thick, which is more than both the iPad and the forthcoming iPad Pro.

The Elite is made from aluminium, and it looks smart: The lid and keyboard surround are metallic, with black metal coating the screen surround and the base panel. The keyboard tapers to a narrow front edge, and the keys are sunk into the base to provide the buttons with a greater degree of travel.

The rear of the tablet section houses a smart HP logo, a speaker grille, a 5-megapixel webcam and a selection of buttons. On one side sits a power slider and a flap to protect the expansion slots; on the other you’ll find a volume rocker and a screen-rotation lock.

The Elite x2 1011 G1 is a well-made machine, but it isn’t groundbreaking. Unlike the sleek Apple notebooks or the classic looks of Lenovo’s ThinkPads, there’s nothing here that sets the Elite apart from the numerous other business devices on the market.

This machine is designed as a business hybrid, so it’s crammed with office features. A small recess at the rear of the machine houses a Wacom-compatible stylus that works with the screen’s digitiser – a boon for graphic designers.

That screen doesn’t only impress with its digitiser. It’s an 11.6-inch IPS panel with a Full HD resolution, and it’s protected by Corning Gorilla Glass 3.

Connectivity is broad. There’s dual-band 802.11ac wireless and a 4G-ready SIM card slot behind a flap on the rear of the tablet, and you’ll find a microSD connector here too. The base and tablet both have USB 3 ports, plus the base unit is also home to an SD card slot, a smart card connector, a full-sized DisplayPort output and a fingerprint reader.

The 5-megapixel rear camera is paired with a 2-megapixel front shooter featuring a dual-microphone array with noise-cancelling. 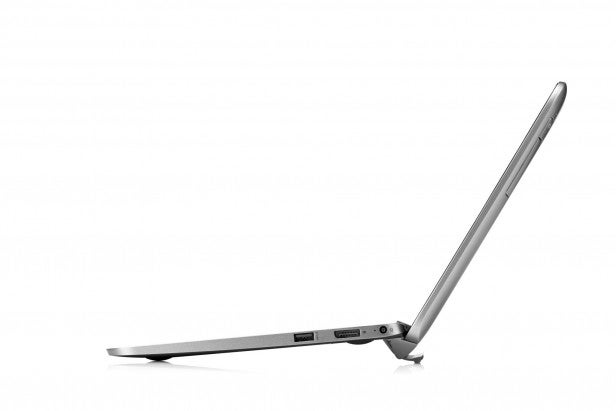 Plenty of business-friendly software is included, with options to encrypt the hard disk and demand pre-boot authentication from users. A TPM 2.0 chip is installed too.

My version of the Elite x2 is powered by an Intel Core M-5Y51. It’s one of the more powerful parts from the older Broadwell range of chips. It’s clocked to 1.1GHz with a Turbo peak of 2.6GHz, and it has two cores. Graphics grunt comes courtesy of Intel’s HD Graphics 5300 chipset, which here runs between 300MHz and 900MHz – the most ambitious speed of any Broadwell Core M part.

This model of the Elite x2 is supplied with 8GB of memory and a 256GB Samsung PM851 M.2 SSD. The specification we’ve reviewed is one of two version that HP sells, with the other available for a similar price but including a weaker Core M-5Y10c processor, 4GB of memory and a 128GB hard disk.