At the entry-level end of the inkjet market, there are a number of printers available, but few at the price of HP’s new Deskjet D1660. From Internet suppliers like Amazon, you can pick one up for well under £30, so what do you get for that kind of money? 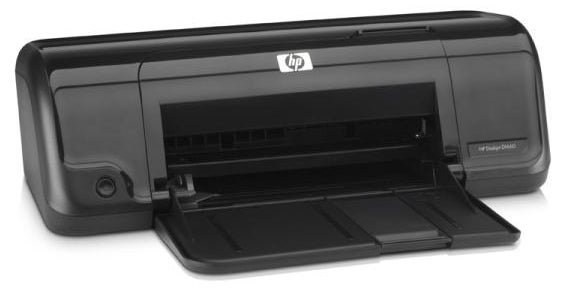 Few printer makers give any thought to how difficult it is to photograph a printer entirely clad in high-gloss black plastic, which reflects anything in its immediate surroundings and shows every fingerprint and dust particle. The Deskjet D1660 does both these things, but we accept that neither will be troublesome to the average customer.


As you might expect, the design of the printer is pretty simple. It has average width for an A4 printer, but is considerably less deep than most. It uses HP’s trademark print path which takes paper from, in this case, a fold-down tray at the front and feeds it back out on top of the input stack. There’s no output tray as such, but the technique is cheap and cheerful and works surprisingly well. As there’s no cover to the paper sheets, you’ll probably want to remove and store them when you’re not printing, which is a bit fiddly.

There’s no control panel on the machine and a single power button with an inset green LED shows when the machine is active. A single USB connection at the back is the only way of getting data into the printer and a small, black block power supply provides low voltage power.


Pull down a small cover at the front and the twin ink and head cartridges move to the centre of the carriage for replacement. There’s a black cartridge and a tri-colour one and these clip into place in a matter of moments. Software is basic, but adequate, and includes HP’s Solution Center, as well as drivers for Windows and OS X. Given its simplicity, it takes a while to install.

HP claims speeds of 20ppm for black print and 16ppm for colour, both in draft mode. We always test in normal mode, as we believe few people use draft on a regular basis and we measured a speed of 4.41ppm on our five-page black text print.


The printer can take up to 18 seconds before starting to print the first page of a multipage job, so it’s not much of a surprise that on a 20-page document, where initial processing is a smaller proportion of the whole, the print speed rises, in this case to 5.36ppm.


Our black and colour graphics test, another five-page document, returned a speed of 2.56ppm. None of these speeds is spectacular, but subjectively the machine runs reasonably quickly and for the occasional printing it’s targeted at – the quoted monthly duty cycle is a mere 750 pages – it’s unlikely to cause any long waits. 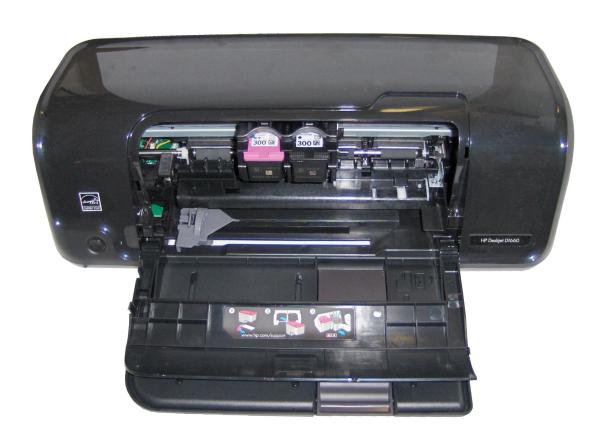 The quality of prints from the machine is very good. Black text is remarkably clean for an entry-level inkjet printer, with little ink bleed into the paper, so giving sharp and readable text, down to small point sizes.


In Best mode, which takes a little longer – 1:19 for a 15 x 10cm print – these will disappear and the reproduction is more like what you’d expect from an HP inkjet. It has to be said that this machine is not primarily intended for photo print, but in Best mode, colours are natural and there’s plenty of detail in both brightly lit and shadowed areas of images.


The Deskjet D1660 uses the HP 300 and 300XL cartridges, which are freely available at good discount prices. The standard cartridges have pretty low capacity, but this reflects the kind of intermittent usage many customers will have from the machine. The XL cartridges have higher capacity is for those who print more regularly.


Using the XL versions, gives page costs of 4.30p for ISO black pages and 10.25p for ISO colour, both including 0.7p for paper. While these costs may look high, in fact they hold up pretty well against inkjet printers costing 2 to 4 times as much. We would expect print costs from inexpensive machines to be higher than from more expensive ones, but there really isn’t much of a penalty here.


This is a pretty good printer for the money. It’s very easy to use and in most ways just gets on with the job. Facilities are basic, but it’s reasonably quick for its class and produces high quality output. Print costs are on the high side, but are likely to drop and will always be a bit higher when the asking price is low. If money is tight, the Deskjet D1660 is a good place to spend it.