It’s unusual to see a price of £30 attached to an all-in-one printer, but HP’s Deskjet 3050A attracts that low figure from at least one online source. Once the price has sunk in, the next question is ‘what do you get for that kind of money’? In this case, a surprisingly serviceable home printer.

With nicely rounded lines and a deep cut-away front panel, the printer looks workmanlike and neat, when closed. Folding up the paper feed tray from its closed position on top of the scanner lid and hinging down and sliding out the output tray at the front produces a very straightforward paper path.

A simple, flip-up control panel offers a 50mm, mono LCD display, with rather unattractive fonts, surrounded by seven membrane buttons, including three soft keys to the right and the power button at bottom left. The buttons are surprisingly sensitive and it’s almost like using a touchscreen, though with more positive feedback. Two LED indicators show wireless connection and ePrint registration. 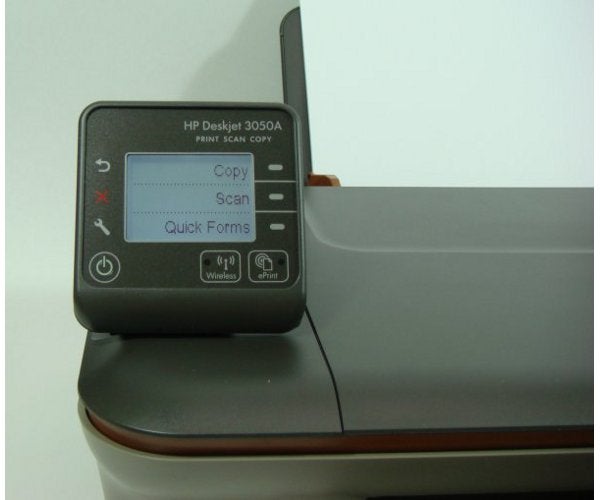 The scanner lid lifts to reveal a flatbed scanner with a dramatically brown base, which is repeated in a key-line around the machine’s edge. The scanner head is a Contact Image Sensor (CIS), but one which works well when scanning or copying single sheets.

At the back of the machine is a single USB socket and another for the small, black block power supply. With such a small PSU, it’s a great shame HP couldn’t engineer it into the case – there’s plenty of room. 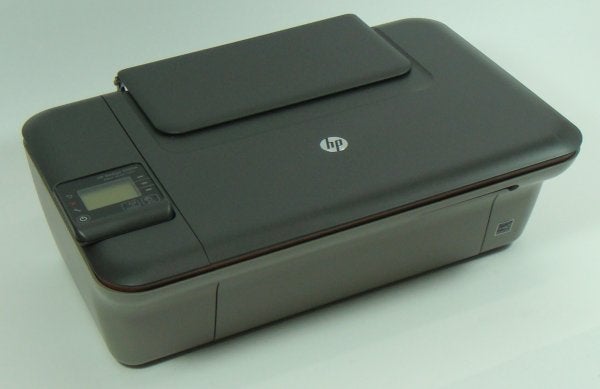 To fit the twin cartridges, one black and the other tri-colour, you fold down an internal cover at the front, which triggers the machine to reposition the head carrier, so you can get at it. Even so, sliding the cartridges in from the front and clicking them up into position is a fiddly task.

Software provided with the DeskJet 3050A includes HP’s PhotoCreations app, as well as connection to its ePrint service for remote print from just about any device which can email, and AirPrint, which works with iOS devices.

HP doesn’t make outrageous claims for the speed of the Deskjet 3050A. The spec sheet states 5.5ppm for black print and 4.0ppm for colour. Our 5-page black text print gave 5.4ppm, which is very close to spec, but the longer, 20-page test gave 6.4ppm, which is faster than the claim and very refreshing.

Colour print isn’t quite so refreshing. Our black text and colour graphics test returned 2.2ppm, a good bit slower than the claim, but still reasonable for a budget printer. A colour copy took 31 seconds, which is comparatively quick, and 15 x 10cm photos took a fairly laid back 1:08 at highest quality, printing from a PC. At normal quality, it gave a hot off the blocks 39 seconds from a Samsung Galaxy Mini Android phone over ePrint. 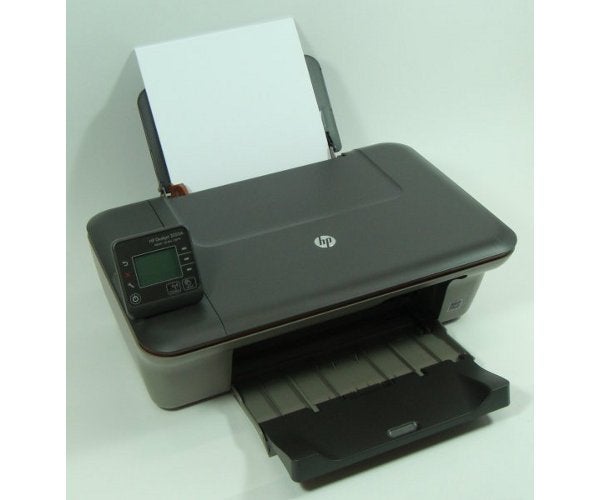 Prints from the HP Deskjet 3050A are mixed in quality. Black text is less neat than we’re used to from HP printers, with slight smudging on leading edges and thin ascenders and descenders in places. Against this, draft mode text is better than from many similar printers and colours on plain paper are smooth and well-saturated.

Colour copies are close to the shades of originals, too, and photos are reasonably well reproduced, though with slight banding and loss of some detail in darker areas of images. Photos aren’t the main use for this machine, though, as witnessed by its lack of photo card sockets. 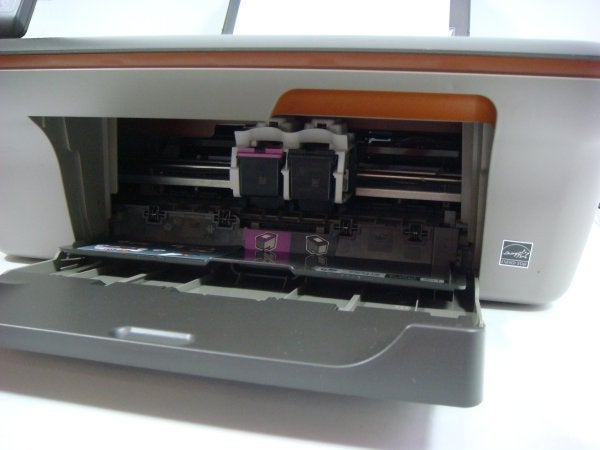 The two ink cartridges are available in standard and XL versions, though neither is particularly inexpensive. Using the best prices we could find online gave page costs of 5.5p for ISO black and 12.5p for ISO colour. Neither of these is particularly cheap, though we’ve seen printers with higher running costs, some of which are priced considerably higher, too. You may be able to find lower cartridge prices, too.

Verdict
The HP Deskjet 3050A really is something of a bargain. For £30, you get a very serviceable home all-in-one printer, with many of the latest mobile print facilities. Running costs are high, but still less than from, for example, the £100 https://www.trustedreviews.com/dell-v515w_Printer_review Dell V515w. Print quality’s fair and there’s little to quibble with; if money’s tight, you won’t do much better.