HP is doing the same thing with its Deskjet range as Kodak and Lexmark have with their entry-level inkjet ranges. By using the same print engine, it makes considerable manufacturing savings and it distinguishes the models through other features. The Deskjet 3000 has the same engine as the Deskjet 1000, but significant differences in other areas. 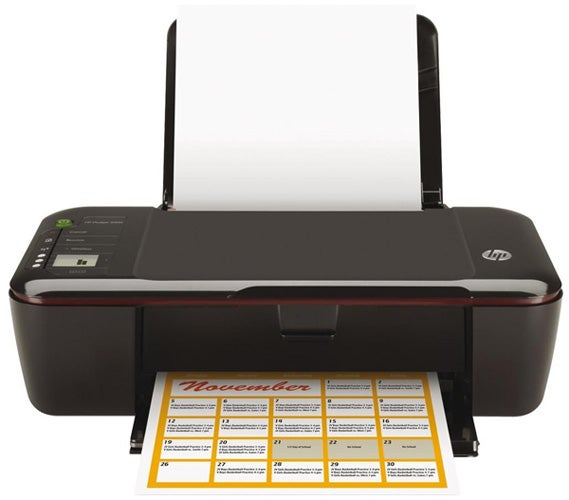 Designed to be wide but not deep, the printer has a gloss black top, which includes the back of the paper feed tray. This tray folds up and takes up to 60 sheets of plain paper, or a smaller number of photo blanks. This is a low capacity, even for a home printer, when some of its rivals take over a hundred sheets. The front panel folds down and an extra support rotates out from its front lip. When everything’s open the printer’s footprint is surprisingly large. 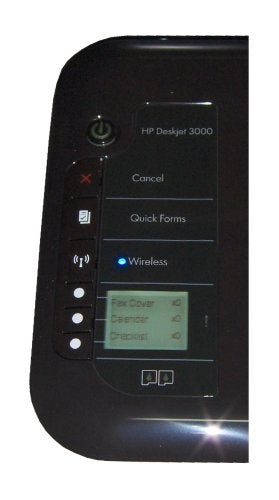 The control panel, set to the left of the paper tray, includes six buttons as well as a 38mm, bitmapped, purple-on-white LCD display. HP has combined this with three soft function buttons, which line up with menu options on the display. Behind it are buttons for wireless, job cancel, power and Quick Forms.


This last option offers standard office forms, like check lists, graph paper and music manuscript. It’ll also print game sheets for sudoku, mazes and tic-tac-toe. It’s unusual to find these convenient forms available on such an inexpensive printer, though all the sudoku we printed were marked ‘Difficult’. 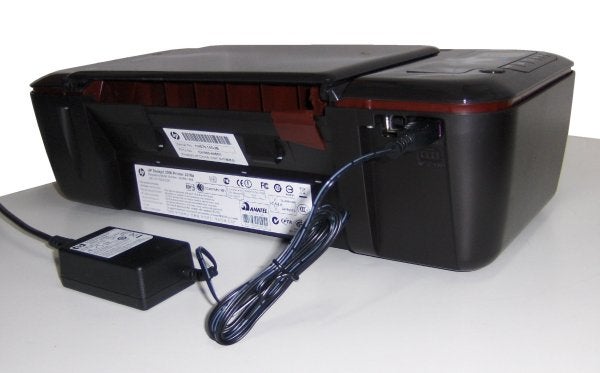 At the back is a single USB socket, though wireless networking is also supported. If you have a WPS button on your wireless router, set-up could hardly be easier. Press buttons on printer and router and a secure connection is made automatically.


The two ink cartridges, one black and the other tri-colour, slide in and click up into the head carrier, once you’ve folded down a flap just inside the printer. Software installation is straightforward and includes HP’s Photo Creations software for the PC, as well as drivers for Windows and OS X.

HP claims speeds of 5.5ppm and 4ppm for black and colour prints in normal print mode, rising to 16ppm and 12ppm in draft mode. Our five-page black text print produced a speed of 5.3ppm, very close to the stated figure, though the equivalent five-page black text and colour graphics document managed only 2.4ppm, a little over half the figure on the spec sheet. 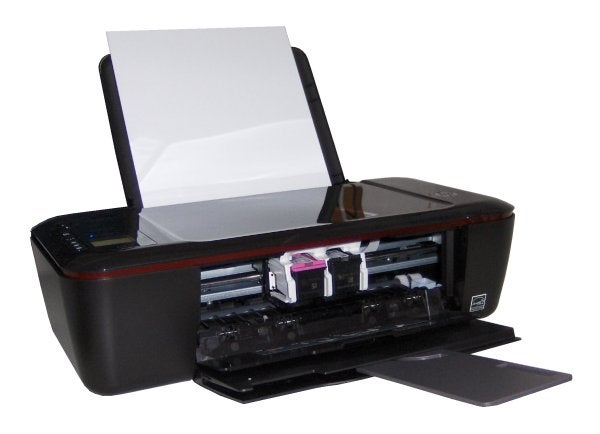 In draft mode, the same five-page black text test gave a speed of 7.3ppm, so a long way off what HP thinks it can do, but in all these cases we were looking at a 20 second processing time, which won’t be included in the ISO results the company publishes. The 20-page document, which reduces the effect of pre-processing, produced a speed of 6.4ppm in normal print, a bit faster than the rated speed.


The prints the DeskJet 3000 produces are reasonable, without being in any way exceptional. Black text is a little fuzzy, due to some ink creep and draft mode text, though suffering from the occasional print swathe misalignment, is generally lighter, less fuzzy and possibly a better choice for general printing. 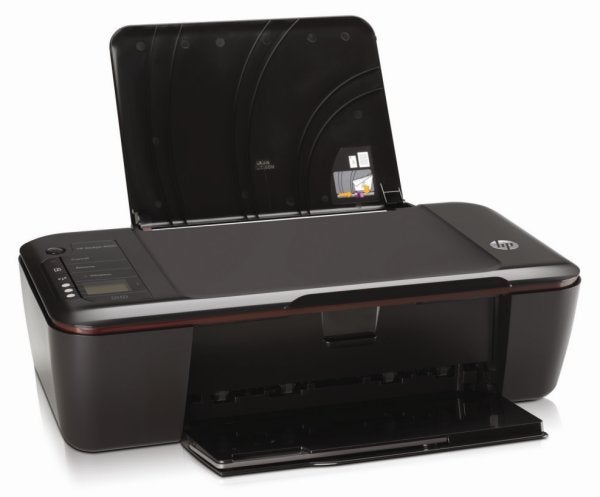 Colour print is smooth and regular on plain paper and colour fills are solid, showing no signs of banding. Photo prints suffer from the same drive roller scuff marks we saw during the DeskJet 1000 and DeskJet 1050 reviews, but in other respects is well detailed and doesn’t over-emphasise dark areas.


The two print cartridges are available in standard and XL variants with, as usual, the higher capacity consumables offering better economy. The black print cost comes out at 4.6p, which is high, even for a low-cost printer, while the colour cost, at 10.1p, is about average for this class of machine.


HP uses the LCD panel and wireless connection on the DeskJet 3000 to good effect, improving its ease-of-use compared with the cheaper DeskJet 1000. Print quality on plain paper is only fair, though, and black print cost is comparatively high. Print speeds are better than average overall. This is a good, inexpensive printer that will suit light home use or possibly a student bedroom.