Several manufacturers are introducing new colour laser printers for the small workgroup. HP’s offering is the Color LaserJet CP2025n, designed to print at up to 20ppm and offering network connection as standard, though for internal duplex you need to pick the CP2025dn, costing roughly £150 more.


The printer is styled in cream and black and HP has decided to accentuate its various panels by deliberately designing in obvious gaps between them. The effect is to break up its lines, but it’s not an unpleasant look and a bit more inspired than Canon’s i-SENSYS LBP7200Cdn, which we looked at recently. 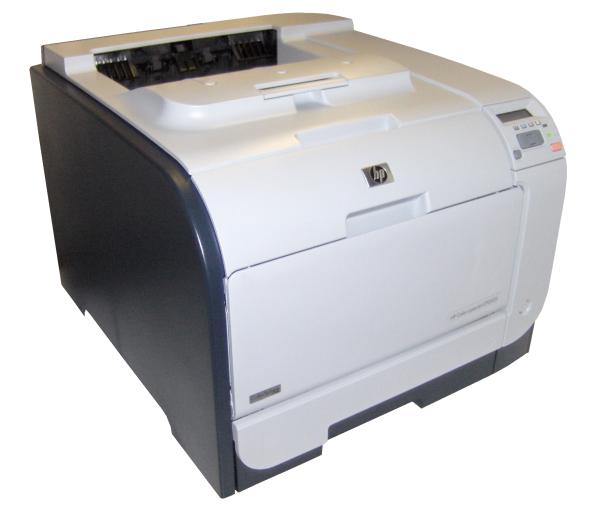 We mention this machine, as both Canon and HP use the same colour laser engine. Although the firmware and page description languages are specific to the two suppliers, most of the other features apply to both machines.


So, for example, the Color LaserJet has a 250-sheet paper tray at the bottom of its front panel with a fold down, multi-purpose tray opening up above that. A second, 250-sheet main tray is available as an option, if you need the extra volume or to work regularly with letterheads.


HP’s control panel is a lot more useful than Canon’s and includes a 2-line by 16-character LCD display, with a green backlight and five control buttons, to navigate menus and to start or cancel a print job. By default, the LCD display shows the level of toner in the four cartridges. 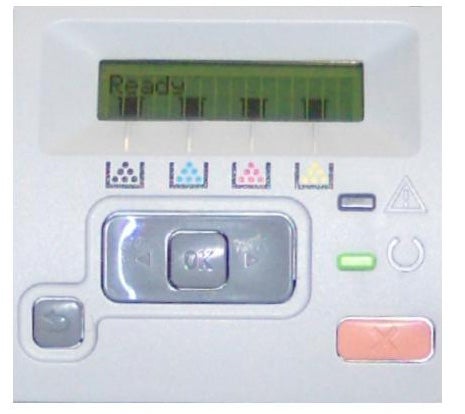 At the back are sockets for USB and Ethernet, though there’s no wireless support on this machine. Physical setup is very straightforward. The four, compact drum and toner cartridges are supplied fitted into a slide-out carrier, though each needs to be removed to pull off the sealing strip on its toner hopper. This is the work of a couple of minutes and the machine is then ready to go.


Software installation is just as simple and is all handled by the setup routine on the supplied CD. You get a genuine PCL 6 driver, as you’d expect from HP, and Postscript Level 3 in emulation. There’s also a monitoring applet covering consumable usage.


Drivers are provided for Windows from 2000 on, including 64-bit XP and Vista, and for Mac OSX 10.2.8 and newer. Although there’s no Linux driver mentioned in the spec sheet, there is one available for download from the HP site.

20ppm is a fair turn of speed for a colour laser, but when we came to run our tests, we didn’t get that close. Our five-page black text test returned a speed of 8.3ppm, but when we upped the page count to 20, this rose to 15.4ppm, just over three quarters of the stated speed. You’d have to run a long document to get close to 20ppm.


Bizarrely, on one of our test runs, the printer diverted into a cleaning cycle, which took just under 45 seconds – something that should never happen, especially on short print runs. Lack of cleaning isn’t going to make that much difference to print quality in a 20-page document.


Our five-page black text and colour graphics document was slightly quicker than the equivalent text document, achieving 9.1ppm, so we would expect to see a similar sort of increase from a longer print run. 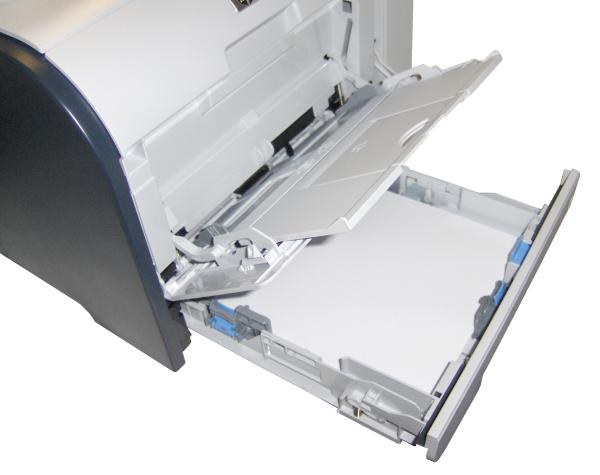 Print quality, as we expected from the same engine as the Canon machine, is generally good. Black text, although at a resolution of only 600dpi, is crisp and dense and gives a good account of itself on external as well as internal office documents. Colour graphics, using HP’s patented ColorSphere toner, is bright and attention grabbing, though by default some hues appear darker than their on-screen counterparts.


Our test photo print is unaccountably not as good as the identical print from the Canon machine. There’s less contrast in the image and much of the detail in shadowed areas is lost. This has to be down to the firmware controlling the engine and adjustments can be made to improve the results, though in a busy office this is unlikely to be done.


HP’s cartridges for this printer have been around for a while in earlier printers, so they’re available from the usual discount sources. We calculate an ISO black page cost of 3.2p and one for colour of 11.9p, including 0.7p for paper. Compared with other colour laser printers in the same cost bracket, these page costs are in the middle of the pack. The black cost is a little on the high side, but the colour page cost is below average.


Inevitably, someone looking for a colour laser printer for a small office or workgroup is likely to consider both HP and Canon models. The Color LaserJet CP2025n has the advantage of a better control panel, but the colour print quality by default is not as good. It’s also a bit slower, though this is a matter of seconds here and there. The Canon i-SENSYS LBP7200C is only just becoming available, so it’s hard to make direct price comparisons, but the duplex version is around £40 cheaper than the duplex version of the HP machine.