While not too far off the current price of the original Wonderboom, the House of Marley No Bounds is a tough sell for those who like their music delivered with gusto. But the speaker makes sufficient strides with portability and eco-friendly design to make it the perfect option for others.

House of Marley has carved out a niche for itself with sustainable products, and it’s back once more with the No Bounds wireless speaker. Small, portable and sporting a clever design, the No Bounds can withstand dust and water and will see you through 10 hours on a single charge.

There’s no shortage of companies trying their hands in the portable Bluetooth speaker market – a search on Amazon returns a dizzying array of results. And yet, despite the industry’s overcrowded nature, one company crops up time and time again, in part due to its homage to reggae legend Bob Marley.

As a fitting tribute to the late musician, House of Marley (operating with the involvement of Marley’s son, Rohan) has been developing speakers that place just as great an emphasis on being eco-friendly as they do on sound quality.

From 2017, the company also began donating part of its profits to One Tree Planted, an organisation that combats deforestation around the world. As an unapologetic millennial who wears his fear of climate change on his sleeves, charitable efforts such as these allow me to feel far more comfortable with the tech I end up buying.

But back to HoM’s speakers. There’s a fair amount of options to mull over, depending on what you want. For this review, we’re focusing on HoM’s second-most affordable entry – beaten only by the Chant Mini – the No Bounds Bluetooth speaker, HoM’s most rugged speaker in its lineup.

House of Marley No Bounds design – Eye-catching style, no matter where you look

If there’s one area House of Marley deserves credit, it’s the attention paid to the aesthetics. Design-wise, a fair number of Bluetooth speakers made by major brands look a bit boring. It’s the same issue with smartphones – a new style becomes popular and suddenly everyone is emulating it.

Unlike any Bluetooth speaker I’ve seen, the No Bounds genuinely feels unique. Resembling a hockey puck with raised edges, the device is split into three main tiers: an upper mesh casing that rests above the speaker; a base comprised almost entirely of recycled cork; and a core encased in rubber. 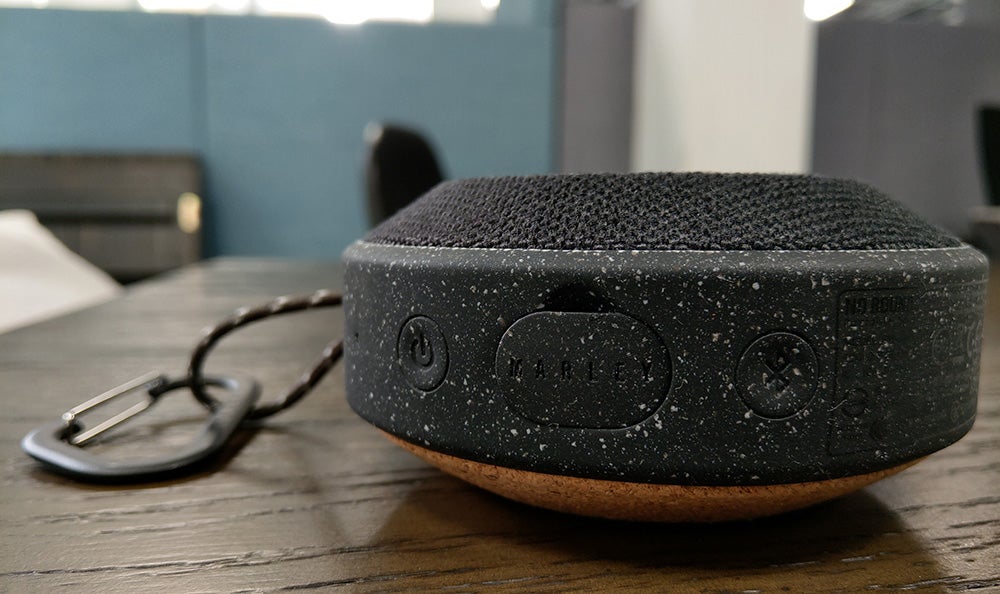 The buttons on the black version can be hard to see

The black version of the No Bounds gives way to a more professional vibe, but if you’re after a little extra flair then both the red and white versions are particularly stunning.

Despite its confident design, the No Bounds does little to distinguish its five buttons not only from each other, but also from the rubberised material that they’re placed alongside.

Often times I found myself physically having to hold up the speaker to the light to make out the various buttons. Given that so much time was spent honing the design elsewhere, it seems baffling that the buttons – one of the most important features of the device – were seemingly left by the wayside.

House of Marley No Bounds features – Water- and dust-proof, plus a 3.5mm jack to boot

Lending credence to its name, the No Bounds comes with an IP67 rating. As such, you’ll never have to worry about dust or water mangling the device, which is handy since its rugged design is clearly built with the great outdoors in mind. 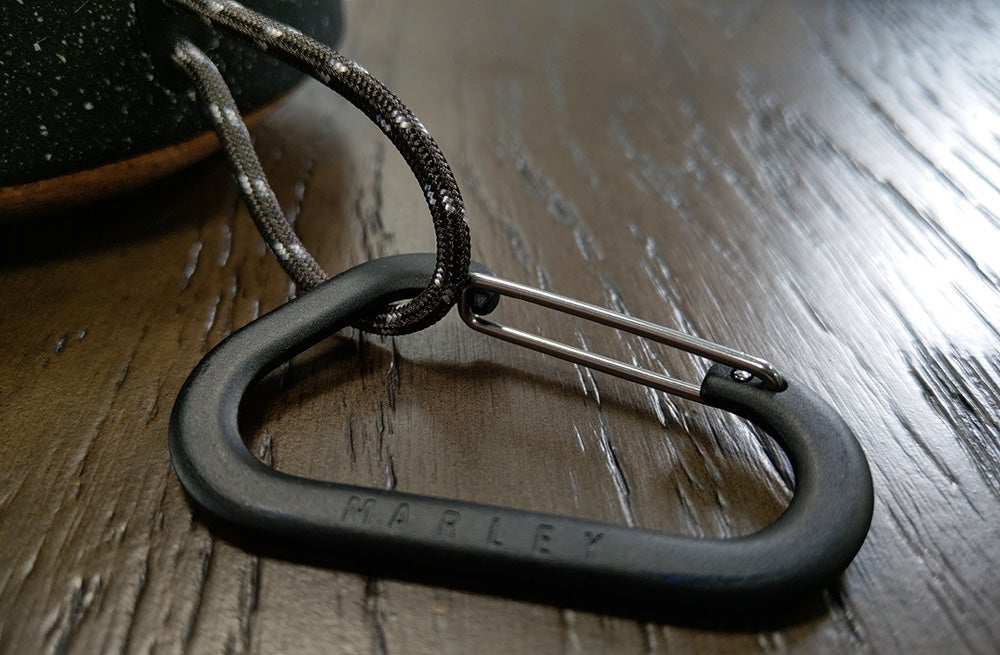 If you do fancy a trip to the beach, or a dip in the pool however, the No Bounds will have you covered since its recycled material allows the device to remain buoyant in water. Personally, I’ll always be uncomfortable swimming next to an electronic device. Maybe I’m just old-fashioned.

What I really appreciate about the No Bounds is its inclusion of a 3.5mm input for a physical connection to another device. Without the space in my flat for a proper amp, I’ve use the No Bounds as a wired speaker for my Yamaha keyboard, and it certainly does the trick. 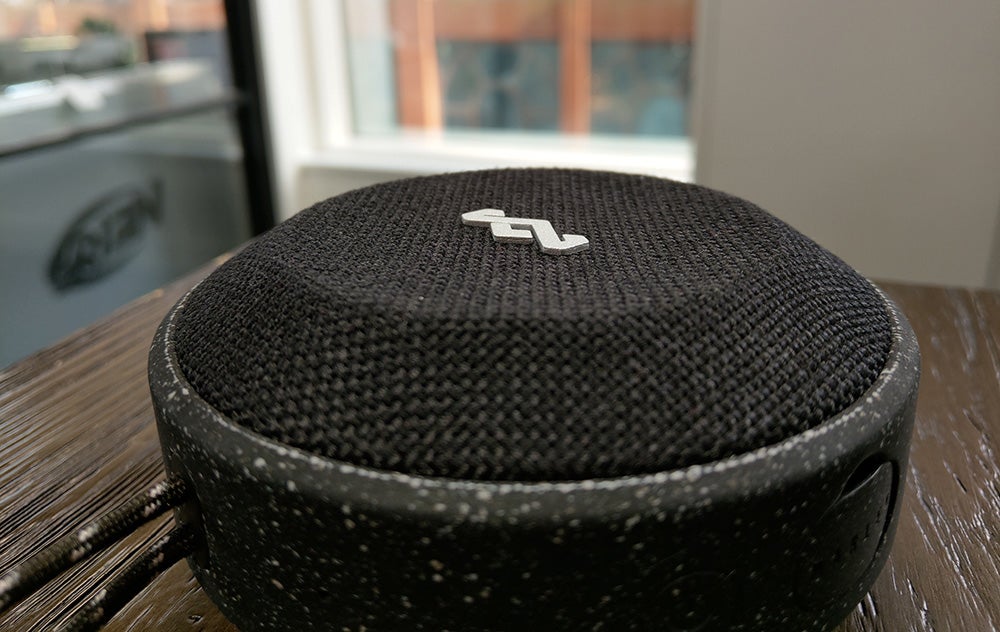 House of Marley claims that the No Bounds has a 10-hour battery life (the same quoted for the original Wonderboom), and we found that to be in the ballpark for volume set under 50%. For anything louder, expect battery life to dwindle a bit faster.

House of Marley No Bounds sound quality – Clean and cheerful, but not up with the big dogs

In a time when the Ultimate Ears range has brought improved sound quality down to an affordable price, House of Marley was always going to have its work cut out taking on the reigning champs.

Playing the two side by side, it’s immediately apparent that the No Bounds can’t quite match the crowd-pleasing heights of the Wonderboom’s attention to lows. However, if you consider the No Bounds as more of a personal speaker as opposed to a party starter, it’s much easier to appreciate its qualities. 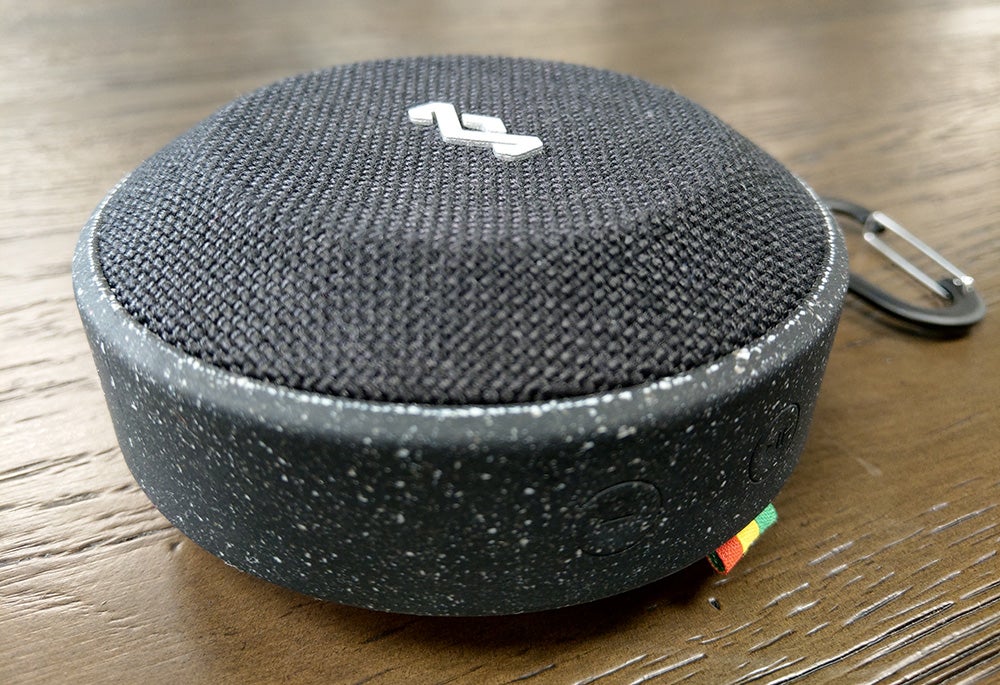 Diving into modern pop classics such as La Roux’s “In for the Kill” and Paramore’s “Ain’t it Fun?”, the No Bounds relishes the highs, with the female-led vocals of both tracks coming through nicely. Without a hefty bassline to compete with, I found that the high-end could actually be heard more clearly than on the Wonderboom.

Since the No Bounds speaker points upwards, you won’t get the full range of any song unless you prop up the device against a wall or another object. This will be a pain for some, but if you’re using the bundled carabiner to attach it to your belt, you’ll be none the wiser.

It should also be said that for a small speaker, the No Bounds can reach some surprising heights in terms of volume. Of course, jumping too far up the scale results in some distortion, but it’s nice to know that the option of going full busker is available.

Should I buy the House of Marley No Bounds?

If you’re looking for a miniature Bluetooth speaker that dozens of people can dance around, you’d be better off with a UE Wonderboom or – if you can afford to splash a bit more cash – its recently released successor, the inspiringly titled UE Wonderboom 2.

However, if you’re in the market for a light, stylish, eco-conscious personal speaker that’s a better alternative to listening to music via your smartphone then you might find a great companion in the House of Marley No Bounds.

Right now, it’s quite easy to find a No Bounds speaker going for around £39 – which, for those on a tight budget, allows for an easy recommendation of this speaker.