With its comparatively large drum, low running costs and decent array of cleaning programmes, the Hotpoint NSWM 863C W UK is a decent budget washing machine. It generally cleans well, although our ketchup stain proved to be a big challenge for it, and the washing machine is quite slow, with faster alternatives available for only a little more.

A fairly cheap washing machine, the Hotpoint NSWM 863C W UK manages to get past its low price with a large 8kg drum and high spin speed. Low running costs and high cleaning capability help but this washing machine is relatively slow to get through a load, so if time is important, there are better options.

Hotpoint NSWM 863C W UK – What you need to know

The control panel is simple, letting you choose any of the 16 washing cycles, which includes everything that you’d expect, plus a Woolmark approved wool-care wash, which is brilliant for anyone that has lots of delicate garments that they’re bored of washing by hand. 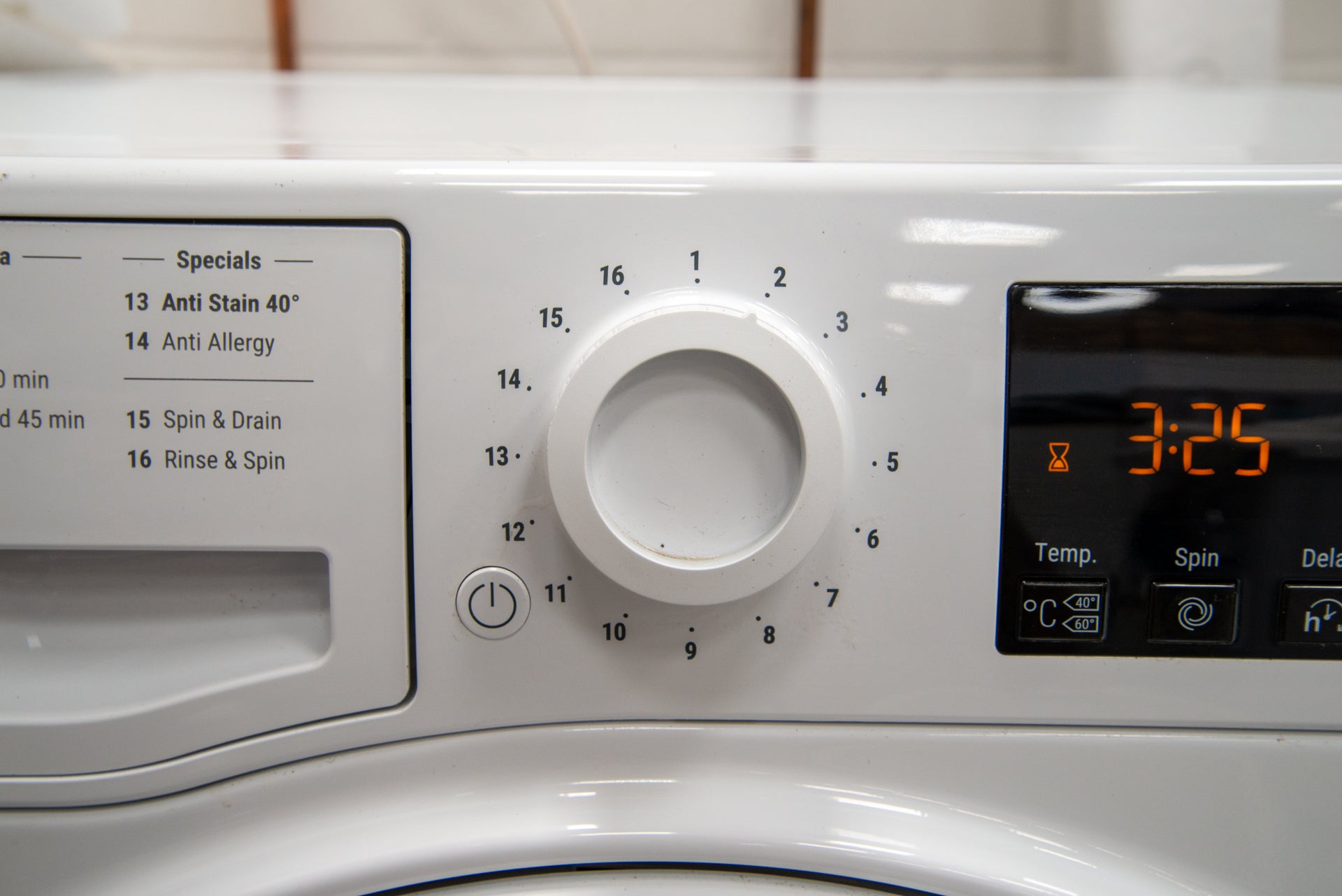 After you select each programme, you can override the temperature and spin speed using the controls under the simple LCD screen that shows you how long is left for the current cycle. And, there’s an extra option to give you a quicker wash and to use steam for additional hygiene. Of course, there’s a delay button if you don’t want to wash your clothes immediately. 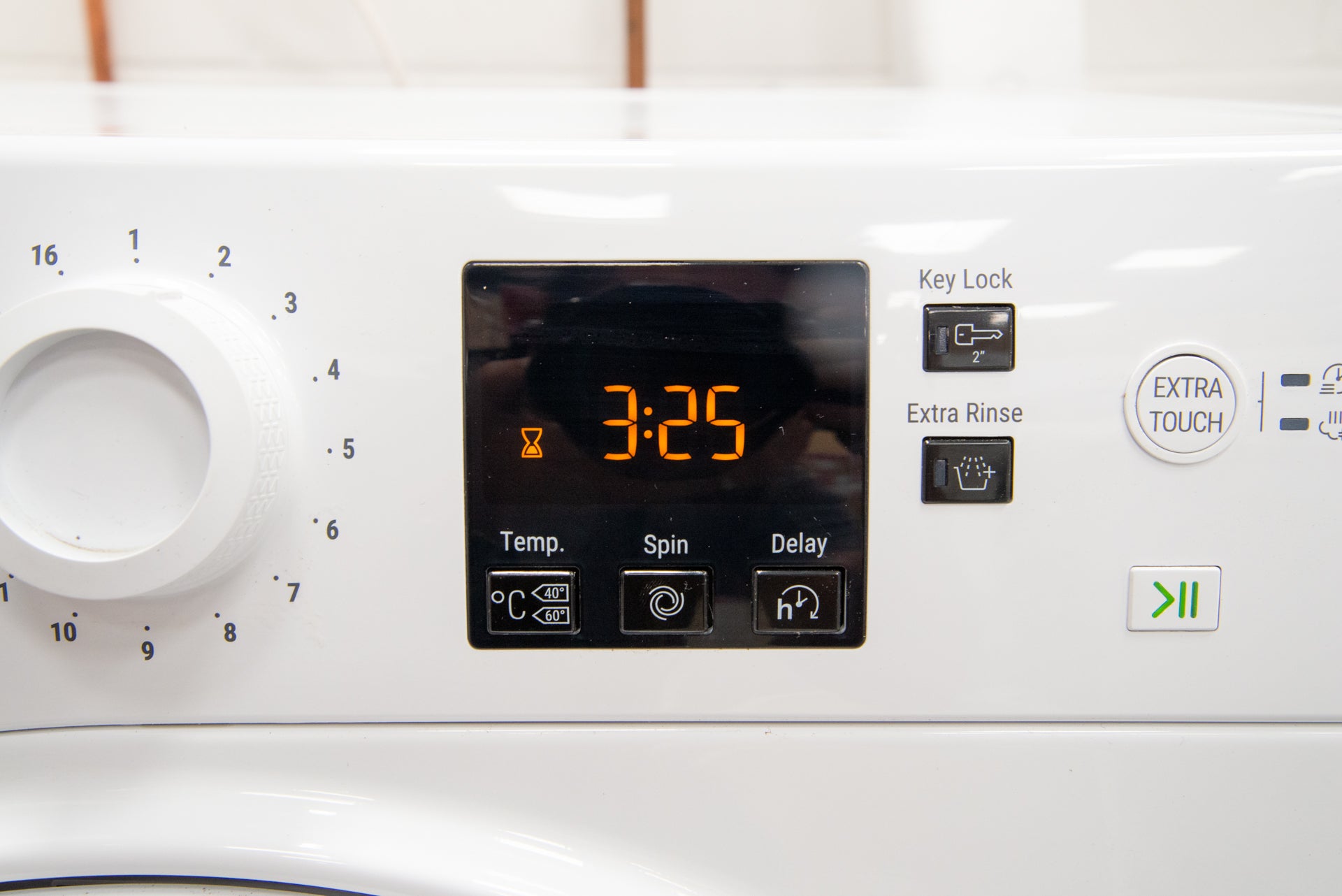 There’s a decent-sized 8kg drum inside, which should suit most households, and the portal is large enough to make loading clothes easy. A standard detergent and softener drawer pulls out from the top and is easy to fill. 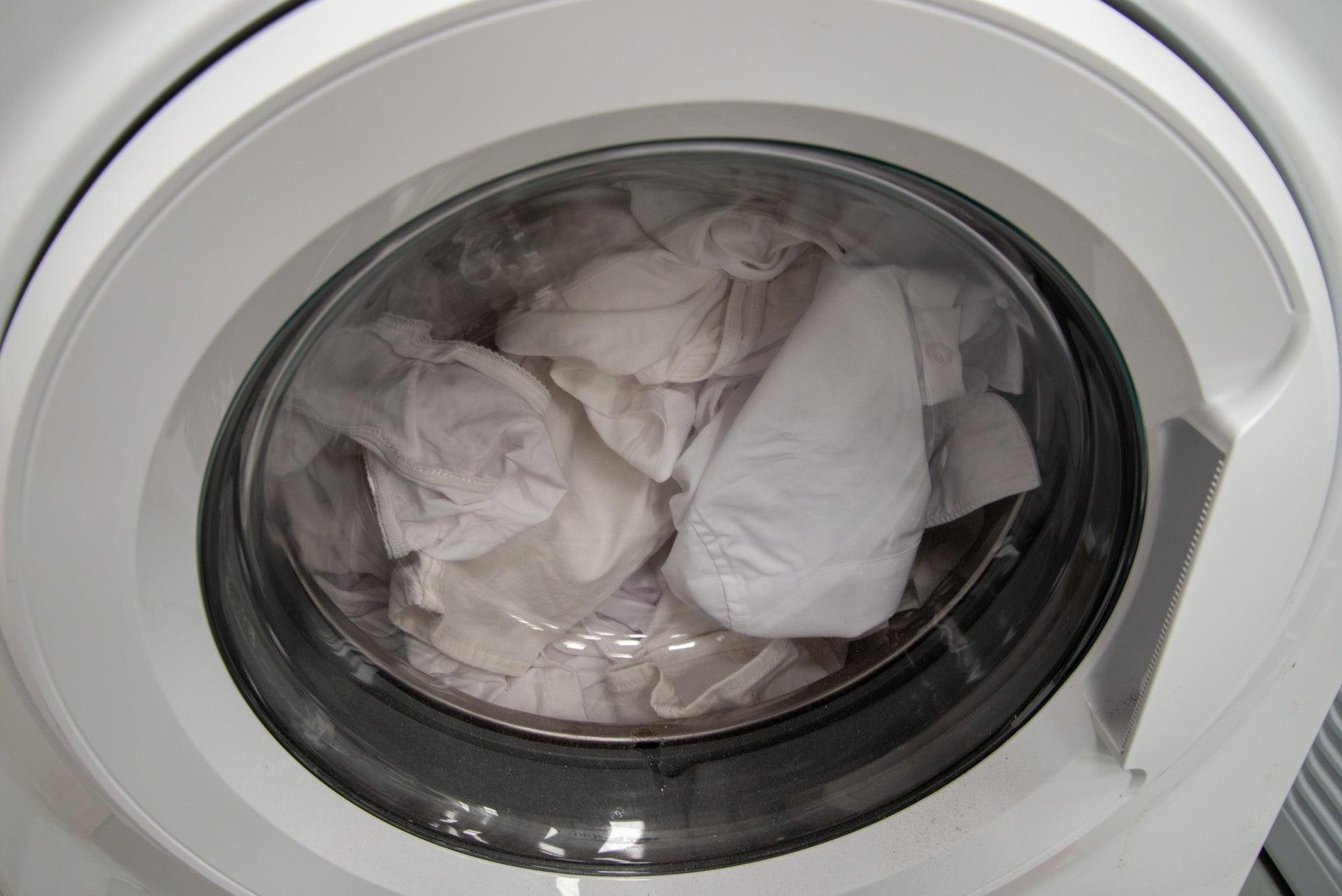 I put the Hotpoint NSWM 863C W UK through the Trusted Reviews test wash cycles, using our test load out of clothes. I used our standard 30C cotton wash. This used a reasonable 0.4kWh of energy, although water usage of 51.5-litres of water was a little higher than on some other machines of a similar drum size.

Stain performance was generally very good. The red wine stain had faded a lot, while the vegetable oil stain had gone. There was quite a lot of the ketchup stain left, which was disappointing, although the orange juice and gravy stains were completely removed.

Thanks to the A-rated spin cycle that runs at 1600rpm, our washing maintained 0.9kg of water, or a low 35.16% of the dry weight. That means that clothes removed from this washing machine have to be sat out for less time or require less time in the tumble dryer.

To test how much the washing machine would cost to run per year, I used the EU energy label on the front to work out the cost per cycle. I then worked out how much it would cost to run in the UK, assuming an average of 274 washes per year. I worked out a cost with high (6kg loads), medium (4.5kg) and low (3kg) usage, assuming that for each user a full load would be used, as that’s the most efficient (in other words an 8kg washing machine has to be used less to wash the same amount of clothes as a 5kg washing machine).

This is a fairly quiet washing machine, too. During the wash, the machine mostly sits around 54.9dB, with the spin cycle jumping to 62.9dB; however, even on the maximum spin, the Hotpoint NSWM 863C W UK barely moved and there was little vibration through the case.

The countdown timer is a little off, with the washing machine adding some time as it approached the final spin. That’s on top of some quite slow washing cycles, which take on average close to three hours. If time is of the essence, there are faster washing machines.

Should you buy the Hotpoint NSWM 863C W UK?

With its low running costs, low price and a relatively large drum, the Hotpoint NSWM 863C W UK is great value, particularly as it is Woolmark approved. Stain removal was mostly very good, although the left-over ketchup was a shame.

There’s also no getting around the fact that this is a very slow washing machine, and there are quicker models. If you’re on a fairly tight budget, this is a good washing machine but the Candy Grand’O Vita GVS169DC3 costs a similar amount and cleans better, while the Hisense WFGA9014V costs a bit more but is much faster and also cleans better.