The setting might be 70s California, but the setup is classic 40s noir. Hyde, a deadbeat ex-cop turned travelling salesman checks into a ropey desert motel. He’s there to collect a package and pick up a couple of items. While he’s there, he finds evidence that links the motel to his old partner: a cop gone bad who betrayed him then mysteriously disappeared. As Hyde looks for further clues he learns things that entangle him in the lives of the staff and other guests – a weird ensemble of ex-cons, writers, drunks, ladies and losers. In the Hotel Dusk, everyone has a secret, and everything is connected if you just know how to join the dots…


If the story above sounds more sophisticated than, say, New Super Mario Bros. or the average Nintendo DS game, then the same goes for nearly every aspect of Hotel Dusk: Room 2015. It’s The style, to take another example. Think artsy French graphic novel meets A-Ha’s Take on Me video, with hand-sketched figures animated over stylised 3D backdrops, a few cool cinematic twists, and a lot of constantly shifting line-work. The colour palette is subdued, the character design is suitably gritty, and it all comes close to a perfect marriage of hard-boiled cool and visual smarts. 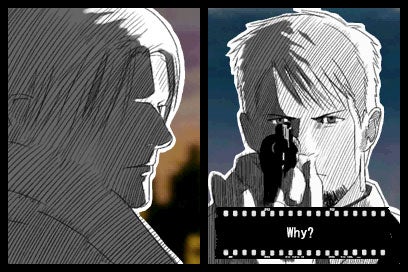 What’s more, Hotel Dusk isn’t afraid to embrace the possibilities of the DS’ dual-screen format. As with Brain Training, you hold the DS vertically like a book. Most of the time, the left-hand screen is used to show your current view, while the right hand screen provides a scrolling 2D floorplan (the views can be switched and the DS rotated if you’re left handed). Using the stylus you can drag your character around or – by selecting from icons at the bottom – investigate a particular area, check your notebook and inventory or strike up a conversation with another character. Open the close-in view, and the right-screen changes so that you can examine or manipulate particular objects, or even take an object from a character’s proffered hand. Start talking, and the left hand screen gives you your side of the conversation while the right-hand screen shows the other character’s reactions, then enables you to choose your next line. It’s not just an interesting approach: it keeps the gameplay simple while helping to build a sense of immersion. It’s one of the best graphic adventure interfaces I’ve seen since the good old days of point and click. 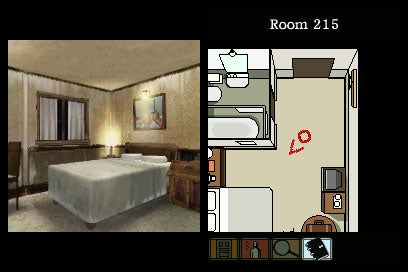 But the really surprising thing about Hotel Dusk is its approach to the gameplay itself. This isn’t a game of action sequences, or even of complex puzzles. It’s a game of detection and – most of all – interrogation. One chat leads to a clue; a little close observation opens up new avenues of investigation; showing the right character the right object at the right time can give you an answer that leads you on to a whole new set of questions. Maybe you could bundle it and the Phoenix Wright games into a whole new genre: the talk ‘em up. Each game essentially relies on your ability to search the virtual environments, spot the hints and contradictions in what other characters say to you, and then ply the most pertinent question or statement at the most appropriate time.

And this is the key to the game’s strengths and its biggest weakness. The good news is that the game’s multiple storylines are genuinely involving, and its characters are genuinely interesting. Sure, they have secrets, but they also have well-grounded back stories and solid motivation, and uncovering why, say, famous author Martin Summer is so concerned with an ordinary notebook or why rich-kid Jeff Angel hates his dad is more compelling than the more obvious ‘puzzles’ like getting the broken lock open on your suitcase or ditching stolen goods. 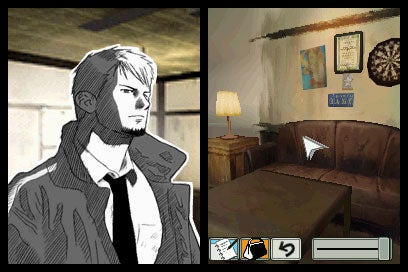 You actually resent some of the more trivial mini-game puzzles just because, for example, completing a sixteen-piece jigsaw puzzle is a lot less interesting than finding out what happened to Melissa Woodward’s mum. Hotel Dusk is one of those rare games that actually makes you care about its characters, maybe not in the blubbing ‘I can’t Aeris is dead’ sense but certainly in the ‘I can’t wait to find out what’s going on’ sense. Like a good mystery novel or movie, what drags you through the game is your desire to get to the bottom of things and discover how and why everyone connects to you and your own private search. As a result of some good writing and the excellent presentation, that pull is very strong indeed. 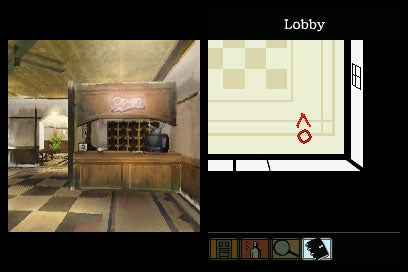 The bad news is that it has to be. You might have noticed that I said ‘some good writing’, and the game’s biggest problem is that it’s hidden among an awful lot of dull, ponderous and over-elaborate text. To be honest, I don’t think I’ve seen a game this text heavy since the glory days of Infocom and Magnetic Scrolls, and a lot of the ten to fourteen hours you spend in front of it will be spent clicking on the ‘next’ button while someone witters on endlessly, often to reveal something you guessed some time before. There were at least two ‘confessions’ where I was the one crying ‘no more’, not the guy on the other end of my hostile interrogation. At times, Hotel Dusk seems less a talk ‘em up, and more a listen ‘em up, and as everyone who’s attended a dull presentation or a long church sermon will know, listening isn’t always that much fun. 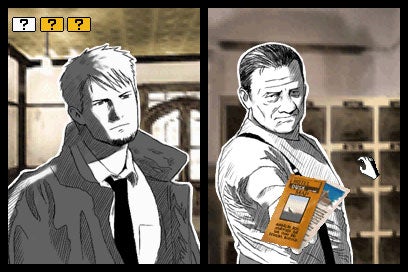 Nor is this the only thing that has you questioning how truly interactive an experience Hotel Dusk is. The fact is that most tasks can only be accomplished in a particular order, to the point that characters seem able to teleport around the hotel so that they can be in the right place immediately when you’ve found a certain object or completed a specific task, but are mysteriously missing until then. It’s a game where a supposedly empty box will actually contain a bookmark, but only when you’ve been told that the bookmark is gone, and where you’ll occasionally find yourself wandering aimlessly just because you haven’t seen the object or found the person that will trigger the next chain of events. In other words, it’s a game where you follow a set script, and the only thing you have an effect on is how quickly that script plays through. This even extends to the dialogue. Whatever attitude you want to adopt, there’s only one way the conversation and the relationship will play out. In fact, saying the wrong thing at key points will actually bring up the game over screen faster than you can believe. Save regularly is my advice. 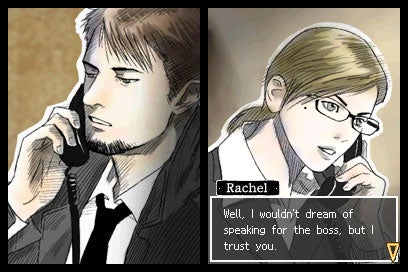 Meanwhile, whoever decided to close each chapter with a quick comprehension test should have his brain checked out. Imagine if TrustedReviews asked you a series of multiple choice questions at the end of each page to ensure you had been paying attention throughout the review. Would you find it:


A) A real help to your understanding of the review?

B) A clever device to keep you on your toes?


All of which brings me to my conclusion: that Hotel Dusk is this year’s Fahrenheit. It’s not just that, like Quantic Dream’s innovative, underappreciated gem it’s an interesting take on how to do a graphic adventure in 2007. Nor is it that, like Fahrenheit, it’s a character-driven thriller. What really makes me think of Fahrenheit when playing Hotel Dusk is that it’s a game that practically lays down a blueprint for how a new style of adult adventure game could be built – albeit this time using the unique capabilities of the DS – but leaves gaping faults that prevent the whole construction from fully working as a game. Both titles are beguiling, fascinating but ultimately flawed, with Fahrenheit suffering from its stupid action sequences and nonsensical plot twists, and Hotel Dusk from its tiresome text marathons and ludicrously tight structure. 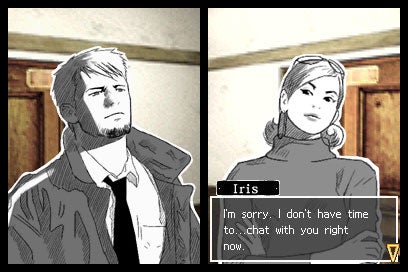 However, both games still manage nonetheless to intrigue you – even, occasionally, move you – in a way that few others even attempt. Buy Hotel Dusk and you will occasionally find yourself mired down by the endless dialogue and struck by the stupidity of the mechanics, but that won’t stop you pushing through to the bitter end or feeling glad that you bothered when you reach it. In the end, that’s all that really matters.


It might be flawed, but Hotel Dusk is a deeper, richer game than just about anything else on the DS. An intriguing handheld thriller that will frequently annoy, yet still keep you glued until the end.