The second you enter Horizon’s DLC, it reminds you why you fell in love with the game. Horizon Zero Dawn: The Frozen Wilds explores a different, self-contained story that focuses on the Banuk and their struggle with a malignant new entity called ‘the Daemon’. Though it isn’t as epic as the main game’s narrative, the tone is much more intimate and makes you feel there’s more at stake for the characters involved.

This is a big change that gives the people living in these frozen wastes a sense of identity I found was missing in the bigger settlements of the main game. The Daemon also alters how the antagonistic machines in the game behave, giving Guerilla the perfect excuse to rework attack patterns and introduce a new challenge for veteran players. 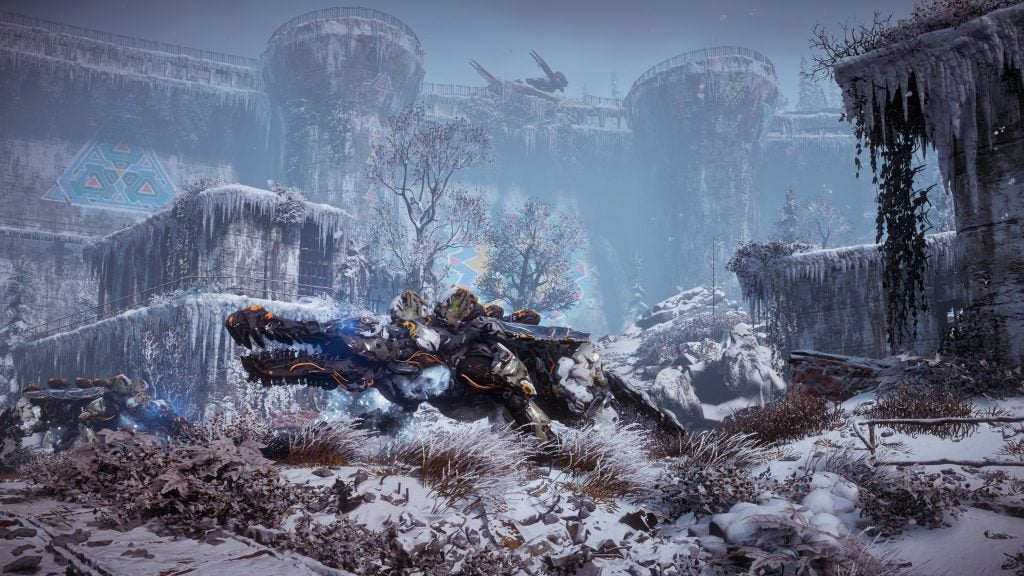 But that doesn’t mean there aren’t new enemies to get your arrows stuck into. The new bear-inspired Frost Claws are seriously imposing. From the first time you meet one of these lumbering monstrosities to a later encounter where three of the beasts rush you at once, you’ll keep finding new ways to take these robo-furries down.

Experimentation is also rewarded: popping sacs on their shoulders can freeze other enemies around them, as can rupturing the inflatable tubing on their underbellies. But these mecha-bears are seriously dangerous. They can pelt you with ice-based attacks across the arena and will regularly fling themselves at you from incredible distances, or set up icy obstacles in the arena to trap you. Seeing a Frost Claw cut a path through the trees coming straight at you is a terrifying prospect, and an indicator that a hectic battle is brewing.

Then there are the Scorchers. These are rapid machines inspired by big cats that prowl around the wastes and have no issue attacking you the moment you accidentally stroll into their lair. The new combat experiences offered in the DLC highlight how strong the action of Horizon: Zero Dawn is. 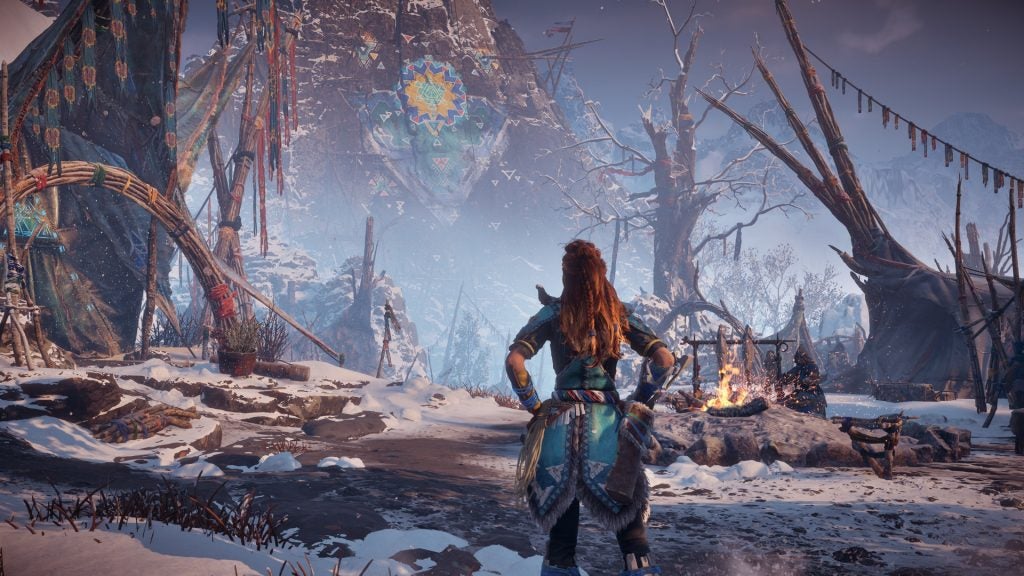 Even though the new weapons don’t stray far from the main game’s, they don’t need to. Discovering the new tactics you need to bring down new enemies is satisfying enough to sate your lust for robo-carnage.

Like the base game, the main DLC highlights everything there is to do in the new Banuk homelands, and story missions act as a tasting platter of all the mechanics. Throughout, cutscenes dive deeper into the specific and mystical back story of the Banuk.

These cutscenes are some of the best you’ll experience on a console. The motion capture is spot-on, with characters conveying complex emotions facially as well as vocally. 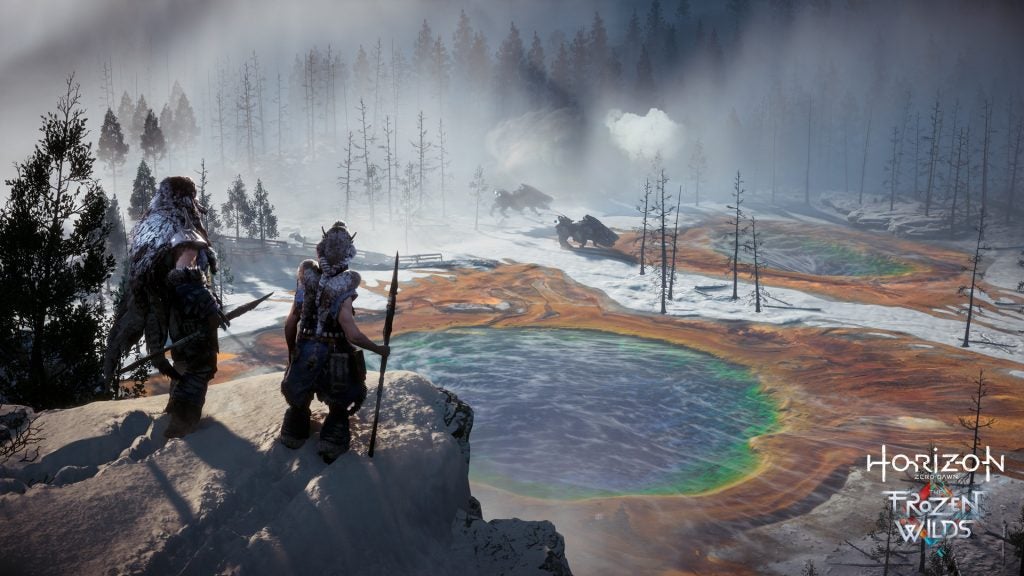 The DLC does more to make life easier for you than the base game did. When you install the package, you’ll notice a new skill tree appears in your character page. This tree – The Traveller – revolves around making you more proficient when you’re riding on the back of one of the game’s mountable machines, allowing you to harvest materials, for example. It addresses one of the complaints from the main game: that riding a mount was unintuitive.

It’s incremental improvements like this – as well as the bigger changes in tone and visuals in the Wilds – that make this a piece of DLC worth having.

The Frozen Wilds is more of Horizon Zero Dawn, and that is in no way a bad thing. The expansion offers some closure on certain story threads whilst telling a self-contained tale that’s perfect for this ruined world you find yourself in. There’s little in terms of mechanical upgrades to the game, but Horizon never needed that in the first place.

If you’re craving 15-20 hours adventuring in a world crafted by artisan game designers, you can’t go wrong with The Frozen Wilds, which is easily one of the best DLC packages on offer this year.