Most steam cleaners are built to do one job well, but the Hoover Steam Capsule 2in1 is a multi-functional tool: it’s a steam mop for keeping your floors in the best condition, but it’s also a handheld tool for spot cleaning, too. With a tonne of accessories in the box, this is one of the most flexible steam cleaners that I’ve tested.

It’s a great floor mop that’s easy to use, and it’s quite powerful for spot jobs, although having to squeeze the trigger can make it tiring to use for prolonged periods.

Hoover Steam Capsule 2in1 – What you need to know

Design and Features – Every accessory and mode that you could need

The main way to use and store the Hoover Steam Capsule 2in1 is as a steam mop. In that regard, this steam cleaner looks much like other mops that I’ve reviewed. It’s a tall and thin stick (1170 x 305 x 176mm), that can stand up by itself, and has a handy cable to wrap the 7m power cable around.

In mop mode, this is an exceptionally versatile cleaner, giving you three cleaning modes. Out of the box, the steam cleaner comes with the plastic carpet glider attached, which frames the microfibre cloth. This lets the cleaning head slide across the carpet with very little effort. 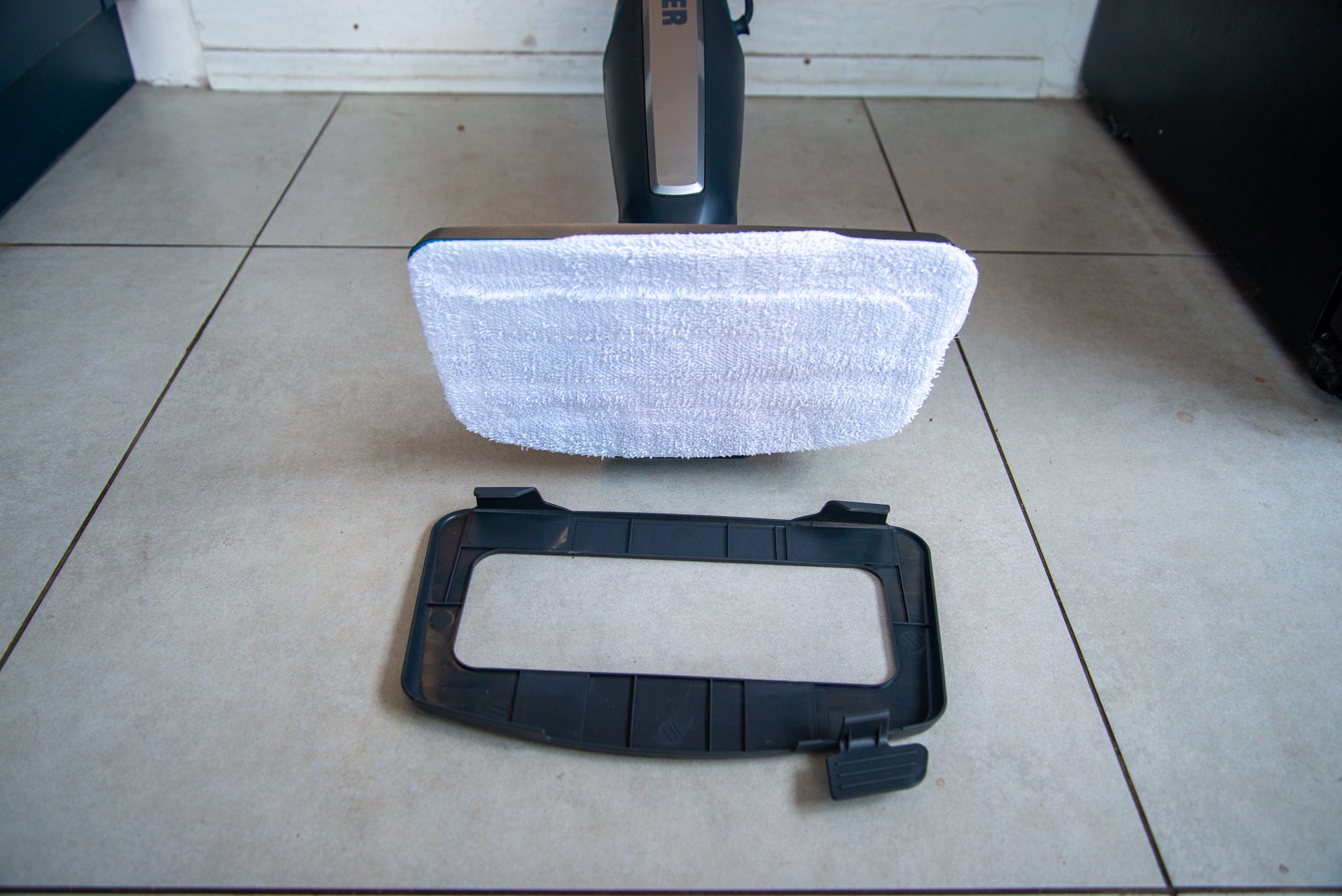 Use your foot to release the carpet glider, and you’ve got a traditional floor mop. There’s one microfibre cloth attached, but there’s a spare in the box, extending cleaning times.

For tougher stains, you can use the second foot-operated release to pull out the triangular brush. This can get deep into stains on hard floors to clean up those stubborn stains. 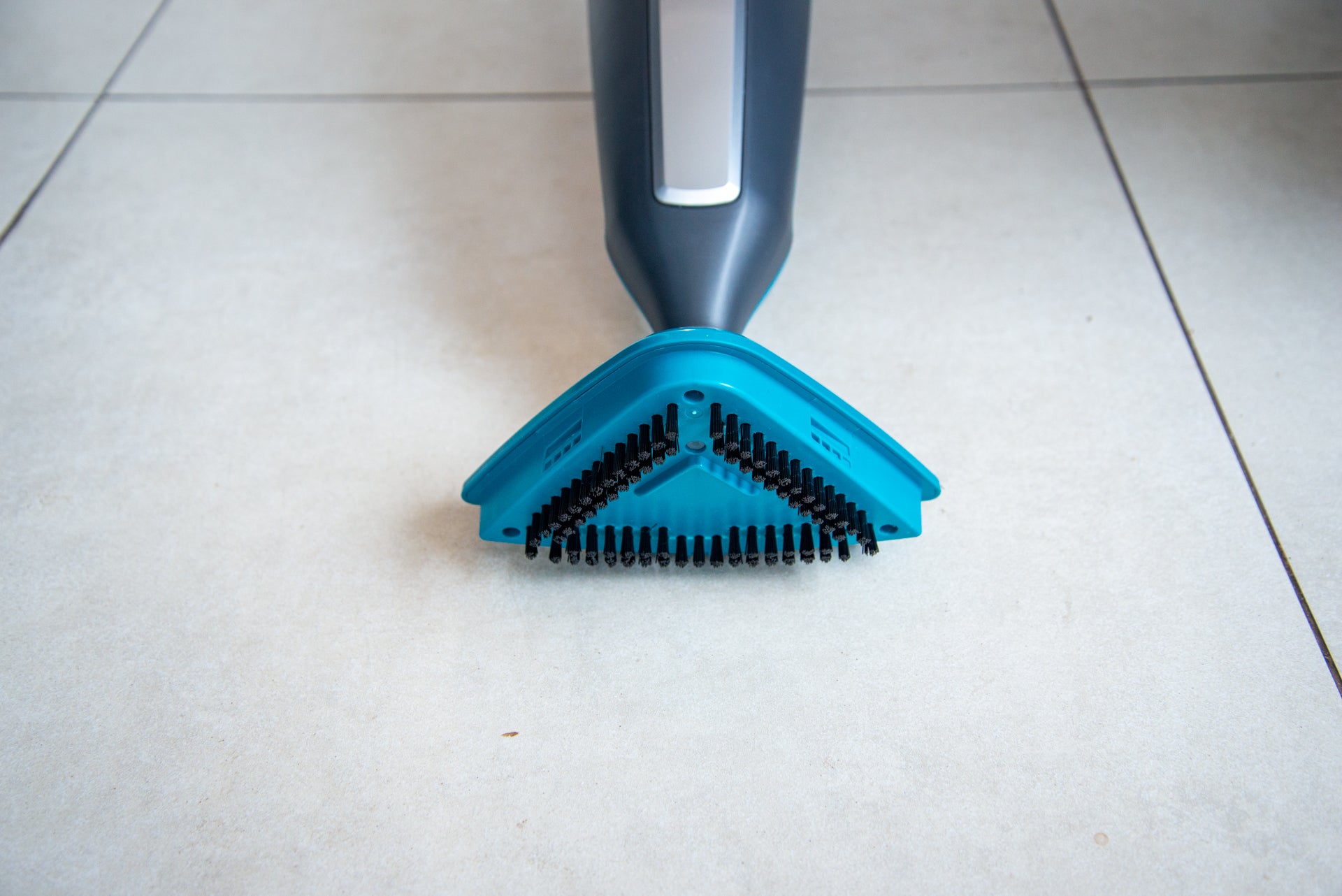 Moving between modes is easy and you can do it all without having to use your hands, so you can quickly change what you’re cleaning without having to wait for the Hoover Steam Capsule 2in1 to cool down. You get a good degree of manoeuvrability, too, letting you get the floor mop in where you want it.

In mop mode, you fill-up the relatively small 350ml water tank, set the steam mode (Low, Medium or High), and power on the cleaner. It takes under a minute for the cleaner to reach temperature, indicated by a status light on the back. Once ready, just press and hold the trigger to release steam through the floor head. 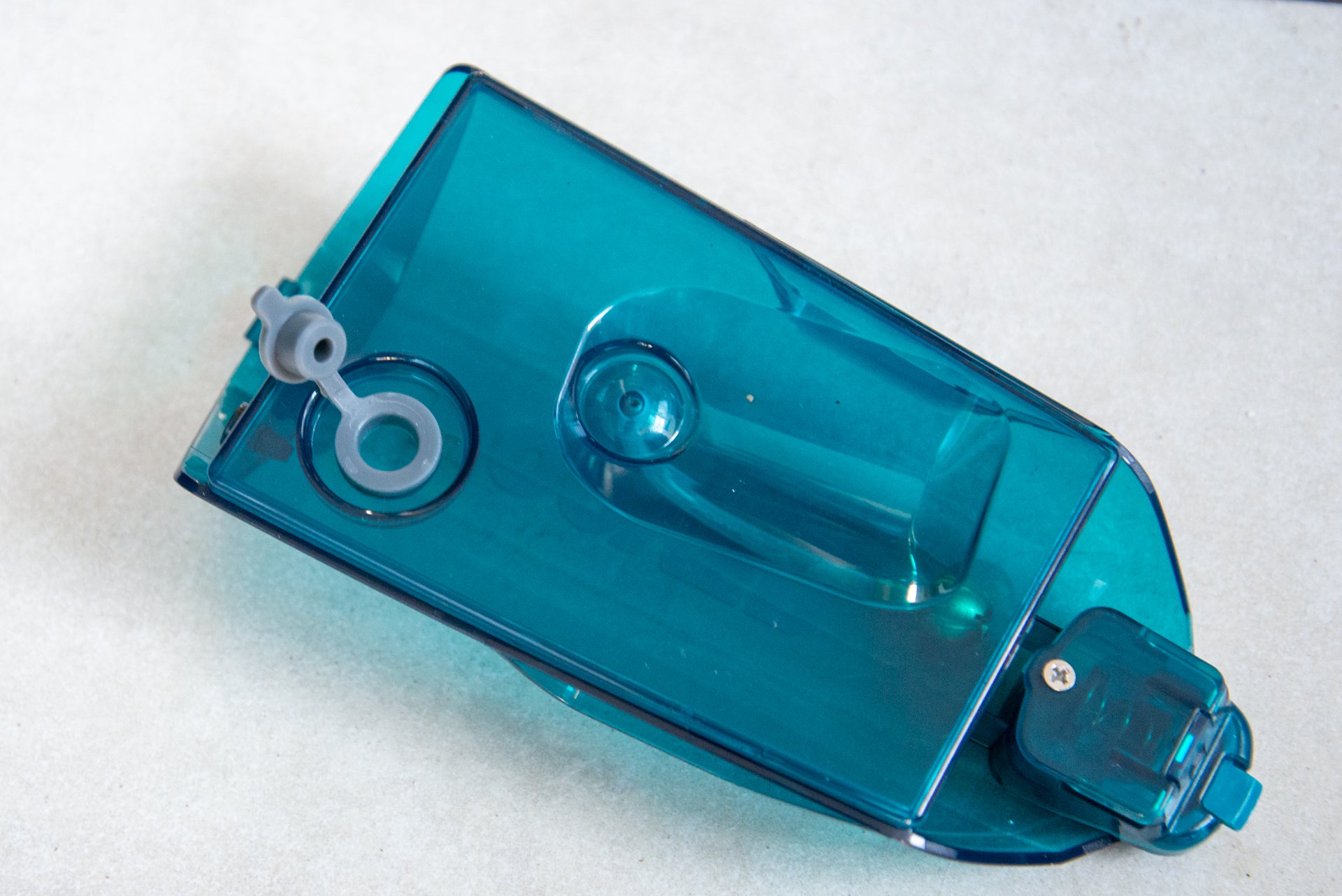 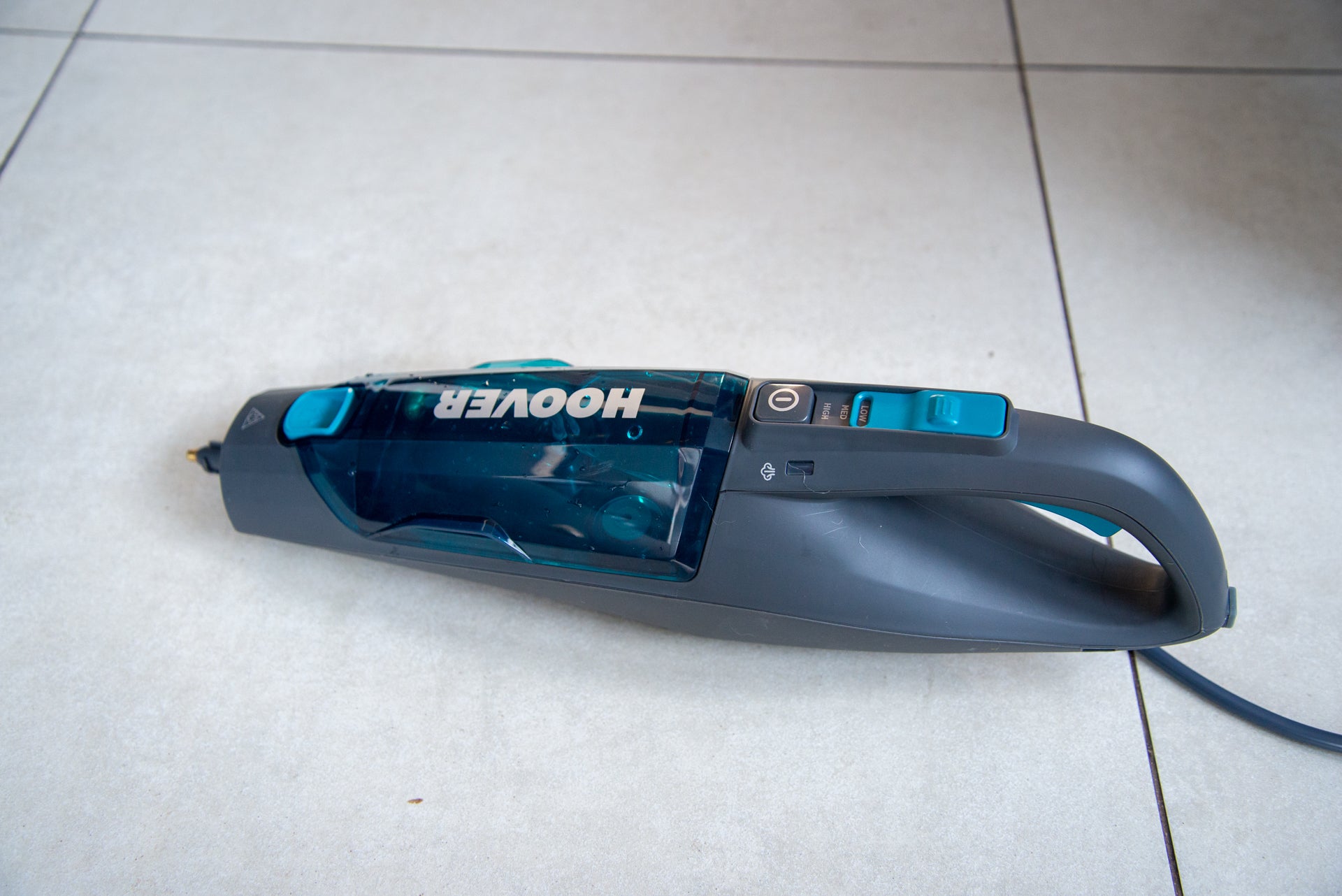 The conic tool gives you a directed burst of steam, but it’s also able to take the excellent range of accessories, which include an angled nozzle, two sizes of metal brushes for oven shelves, a round brush for tough stains, a relatively small window squeegee, and a small cloth. 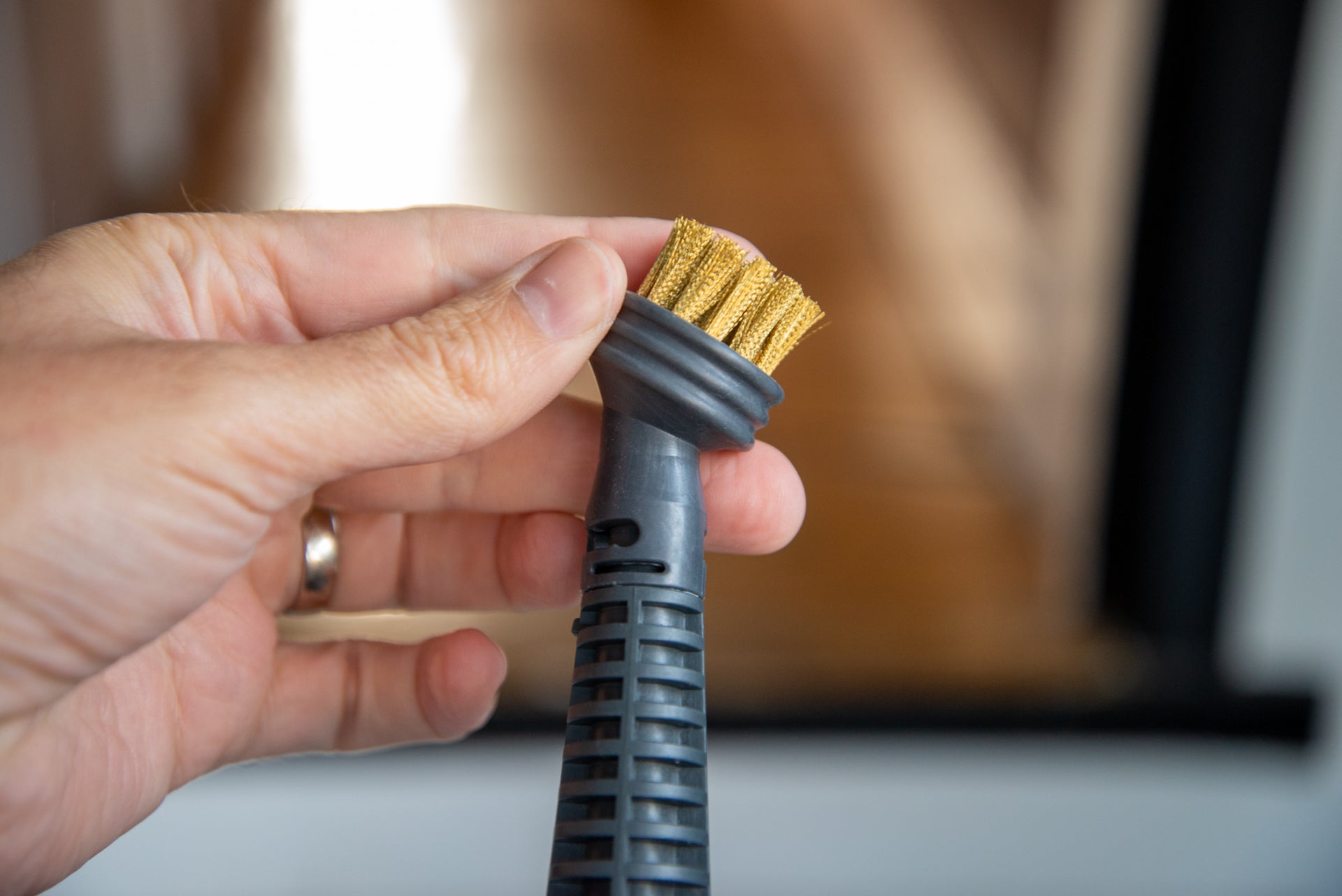 You get a dedicated trigger for the 2in1 tool, which releases the set amount of steam. This works well for relatively small jobs, but if you need to use the cleaner for a prolonged period it can soon get tiring having to hold the trigger in.

Using the hose gives you more reach, either to get into the back of an oven (or similar) or for cleaning up high. It’s a good idea, but the need to constantly hold the trigger down means that you still need to hold the handheld unit while holding the hose. It can make the handheld steam cleaner a bit tricky and a bit cumbersome to use. 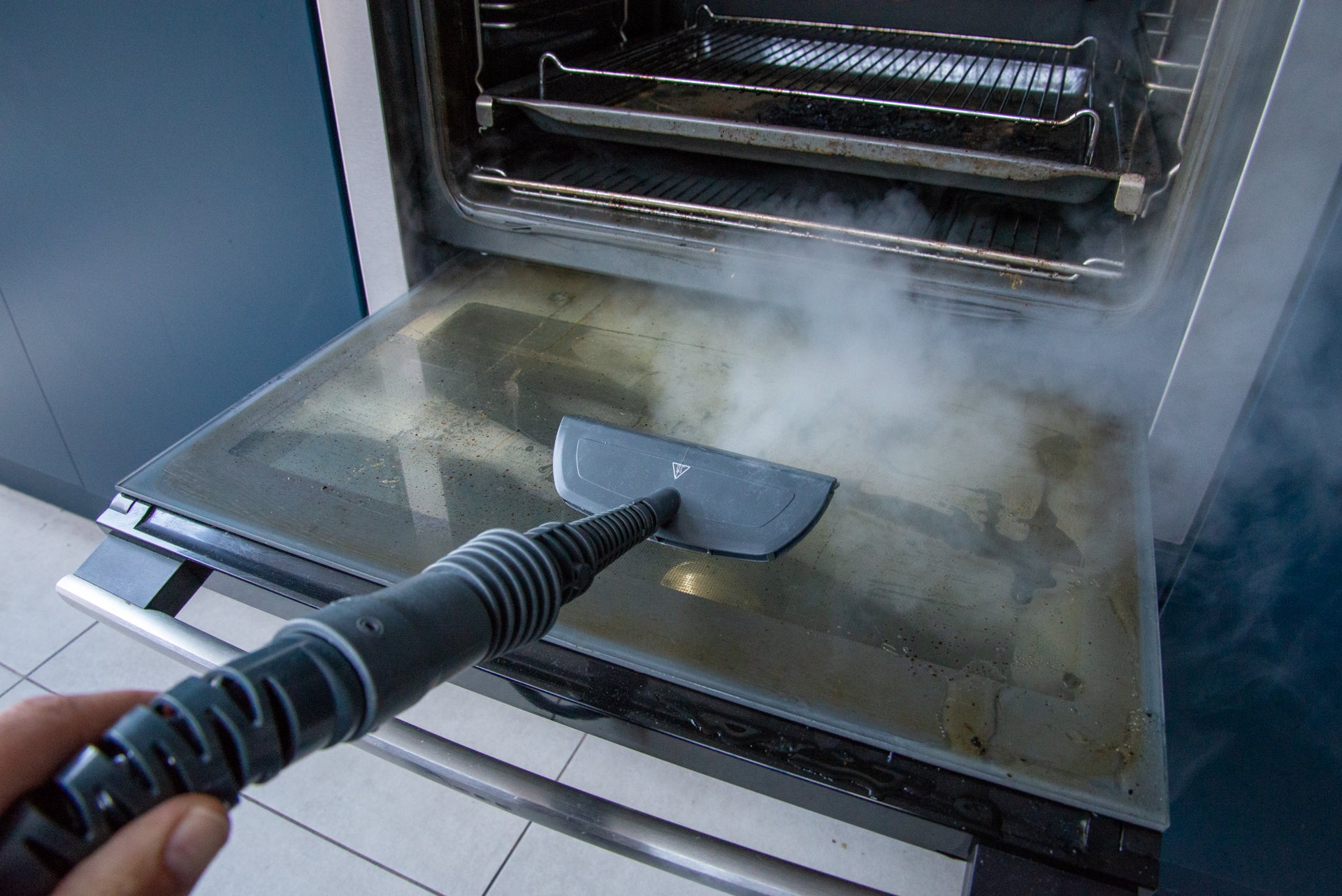 You should also double-check that you’ve correctly attached the hose and/or any accessories: if they’re not rotated and locked into place, it’s easy to dislodge one with a bit of vigorous cleaning, particularly if you’re using any of the brushes.

I started by testing the Hoover Steam Capsule 2in1 on my tiled kitchen floor, which suffers from four cats walking in and out. For this clean, I set the cleaner to the Low steam setting, and let it glide around on the floor. Results were impressive, with the floor drying quickly and streak-free, with the surface dirt coming off easily. 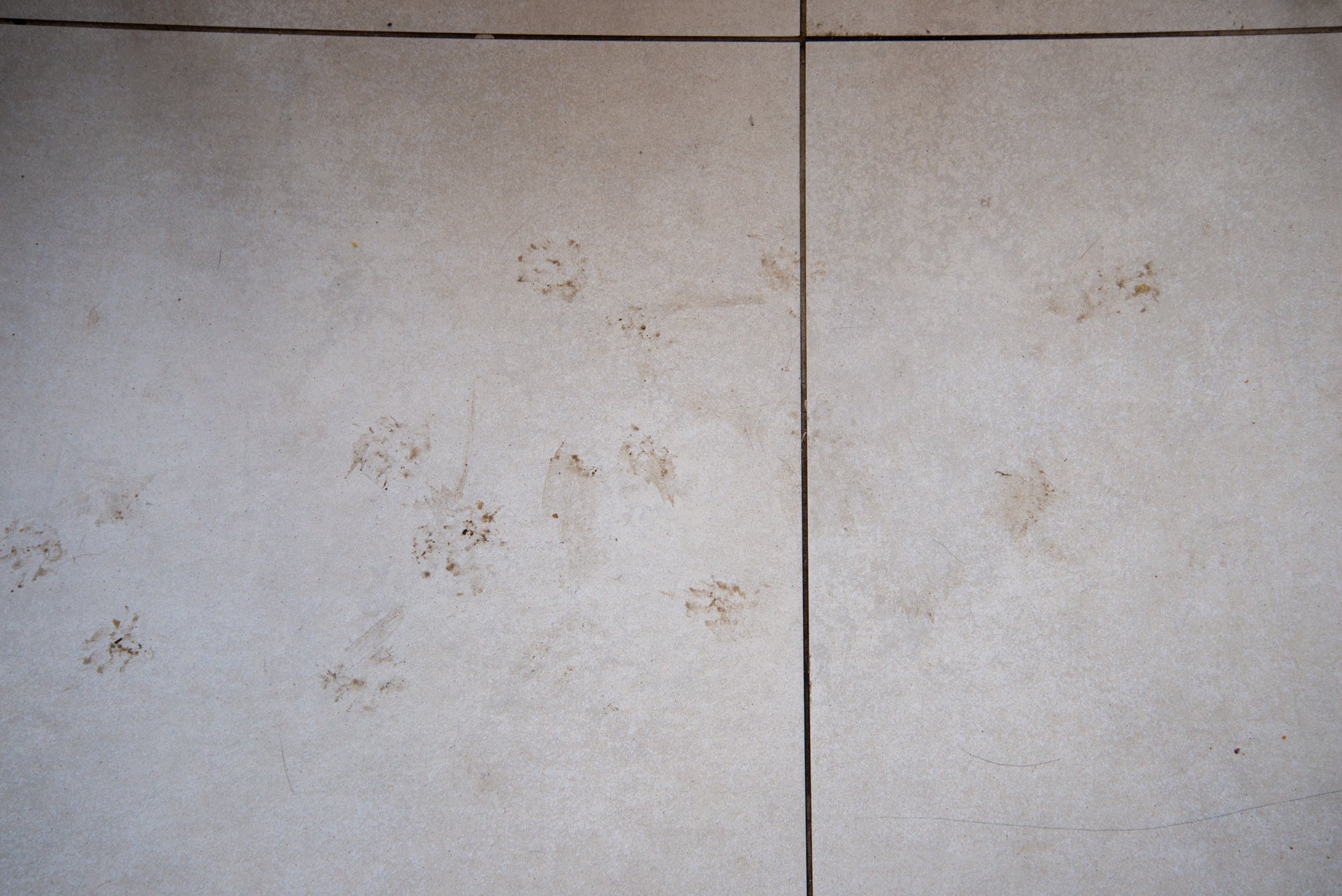 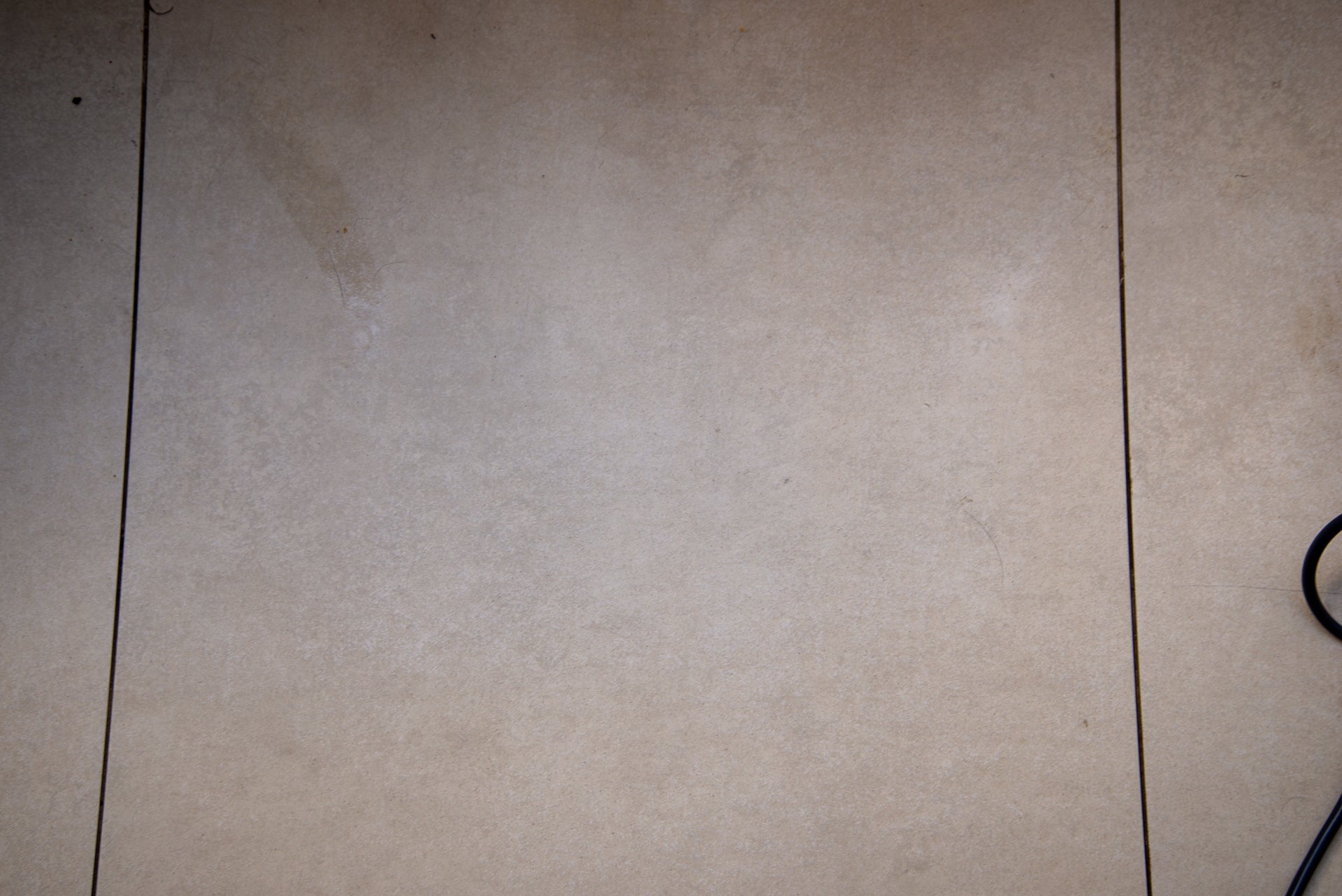 Hitting a couple of tough spots, I use the triangular brush and upped the steam level to Max. The increased amount of steam combined with the agitating action of the brush easily dislodged this dirt. However, on maximum steam, the floor was left quite wet. 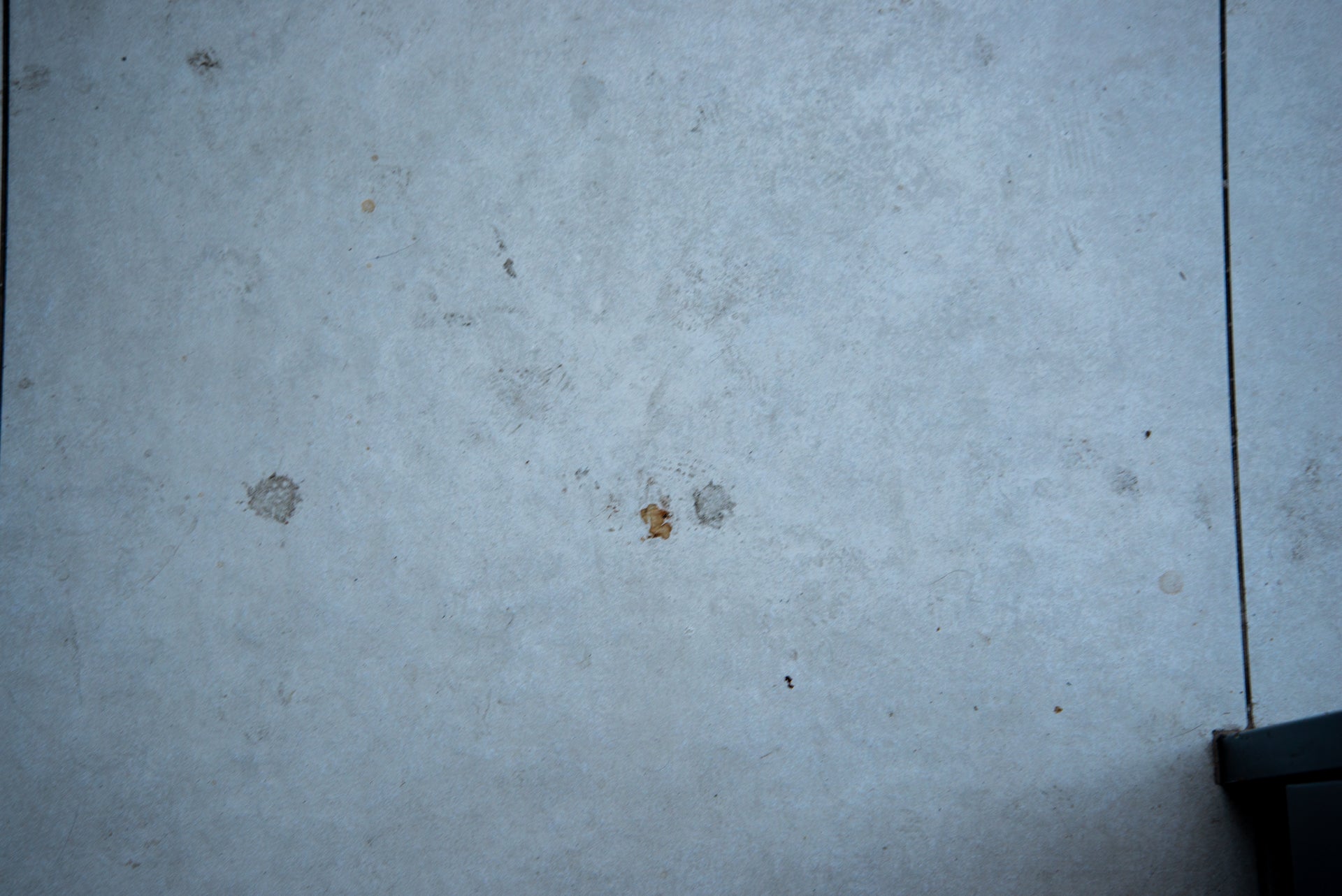 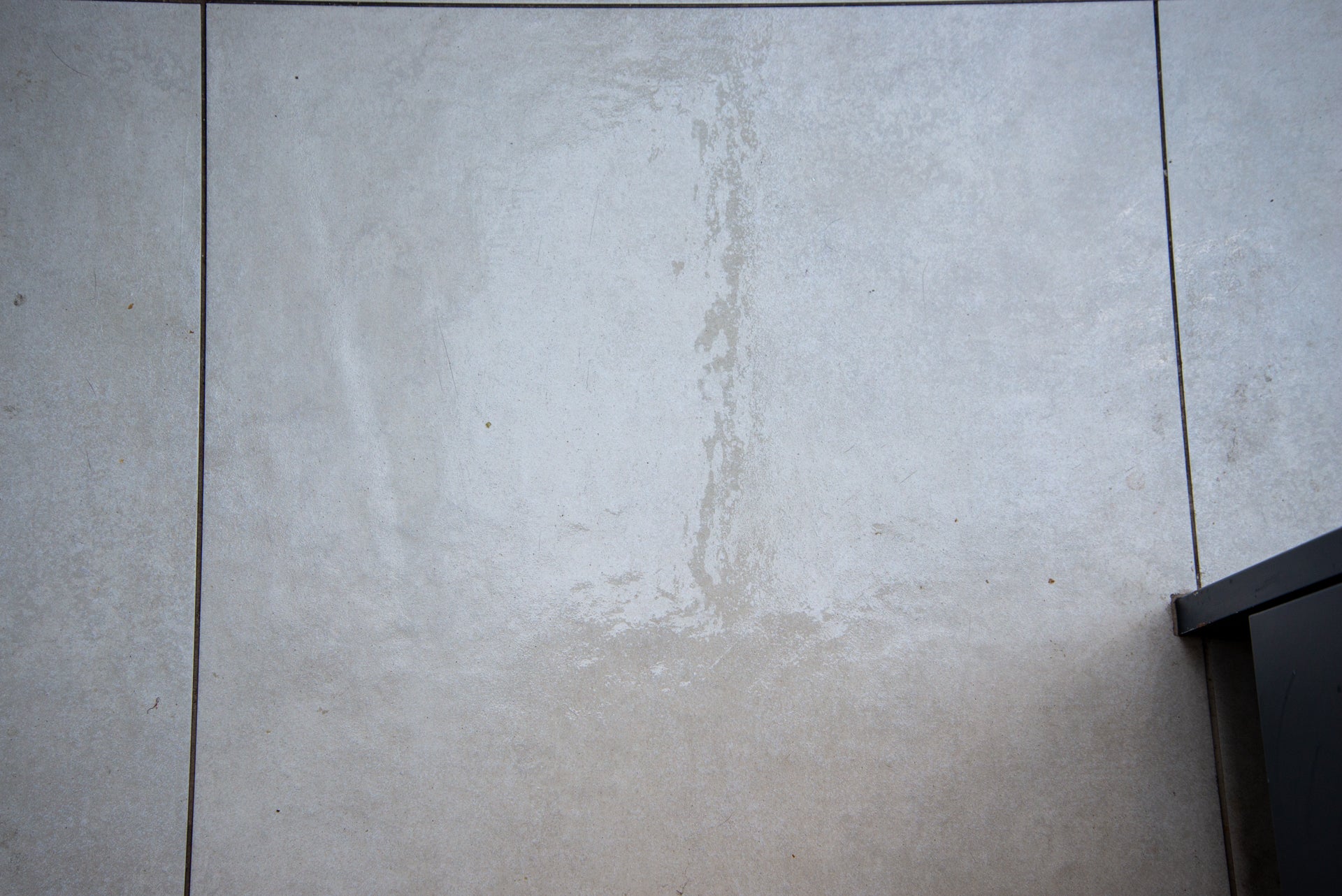 Next, I ground some dirt into my test carpet and left it to dry. I tackled the carpet on the Low setting, as it’s not good to get them too wet. Sliding the mop back and forth, the dirt came out easily: a proper carpet cleaner is needed for a deep clean to get right into the fibres, but for quick maintenance, the Hoover Steam Capsule 2in1 does a good job. 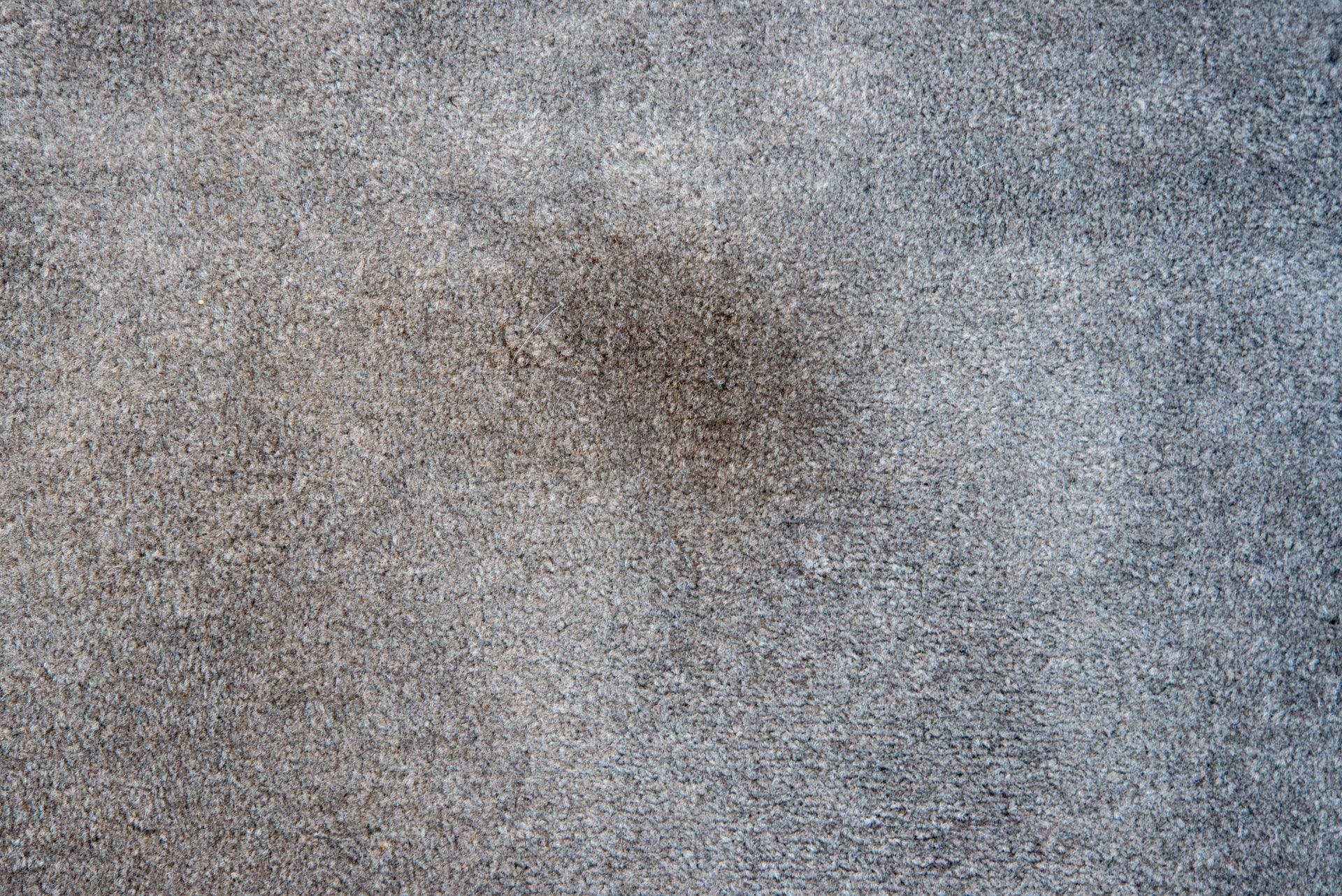 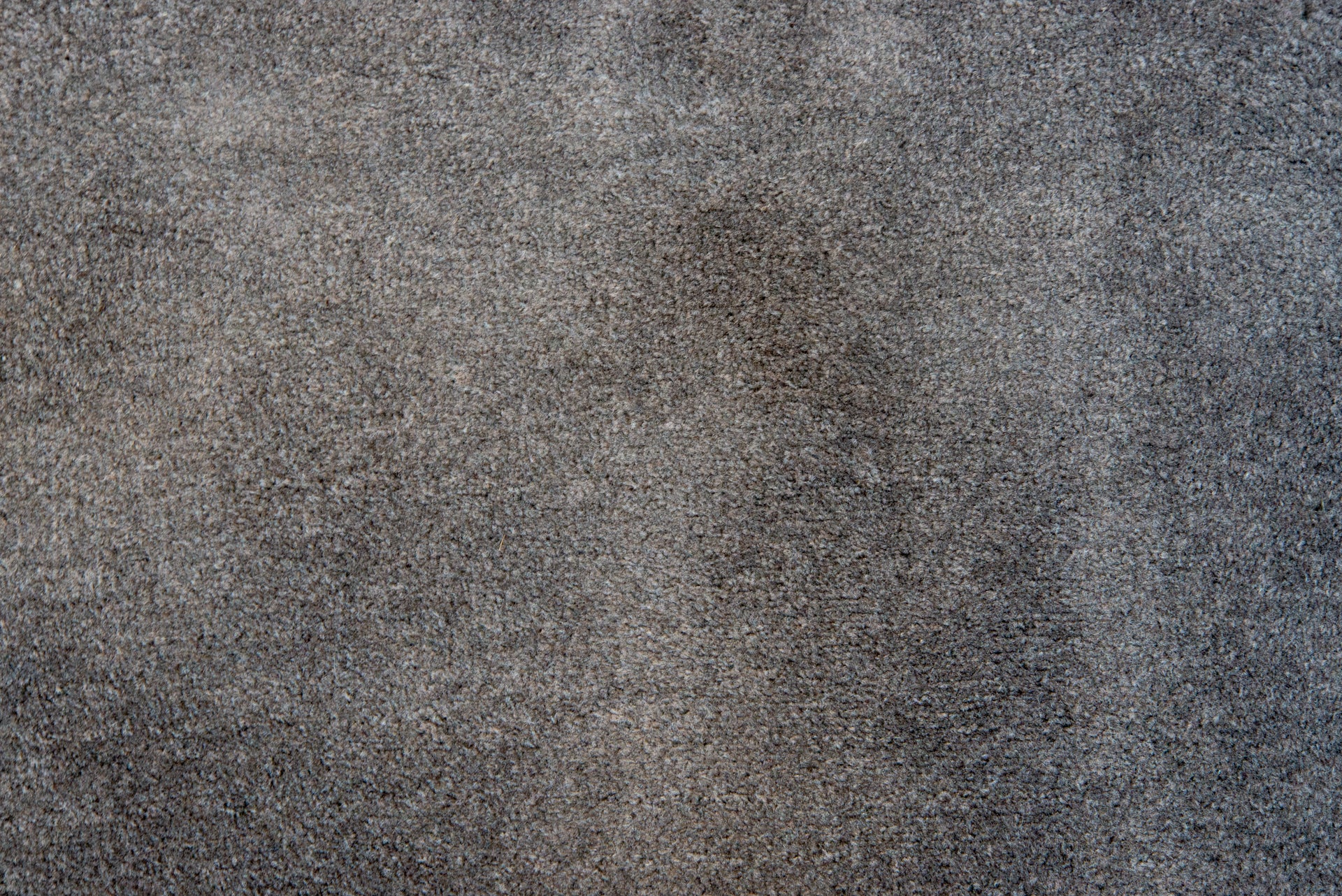 Next, I moved onto the detail cleaning. I started with my oven, first tackling an oven tray, which was rather caked with burnt-on debris. Using the large metal brush and the cleaner on maximum, I found the first parts of dirt were dislodged with ease. Underneath, the tougher parts of dirt were harder to remove, and there’s a slight issue with the steam cleaner: after a good burst of steam, the Hoover Steam Capsule 2in1 reduces pressure and it takes a good 30 seconds or so for it to build up to max output again.

Combined with the effort it takes to hold the cleaner, if you need something for tough, prolonged jobs, you may want to try a different, more powerful system. In the end, the oven tray looked far better than it has in a long time, but there were still some stains that this cleaner 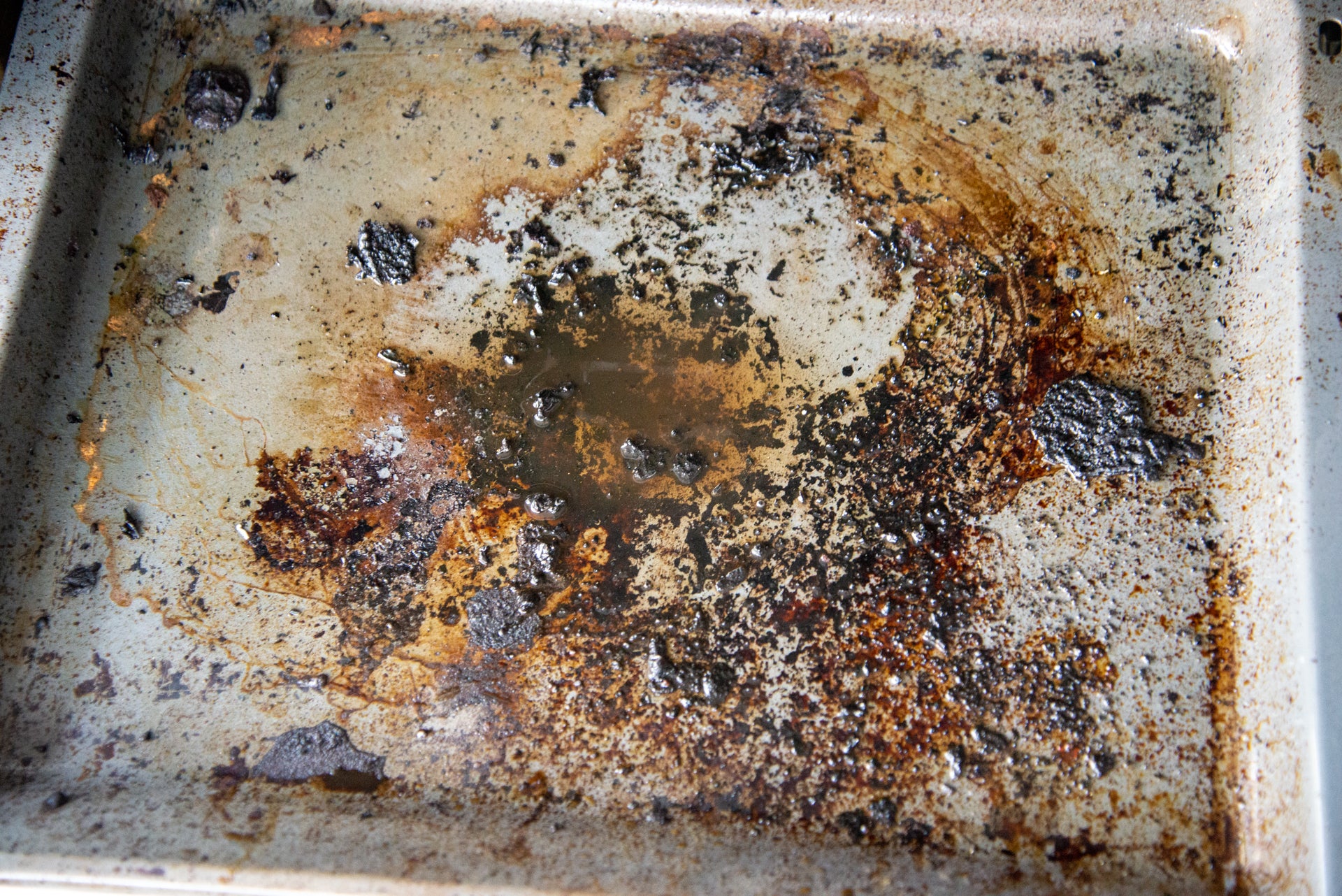 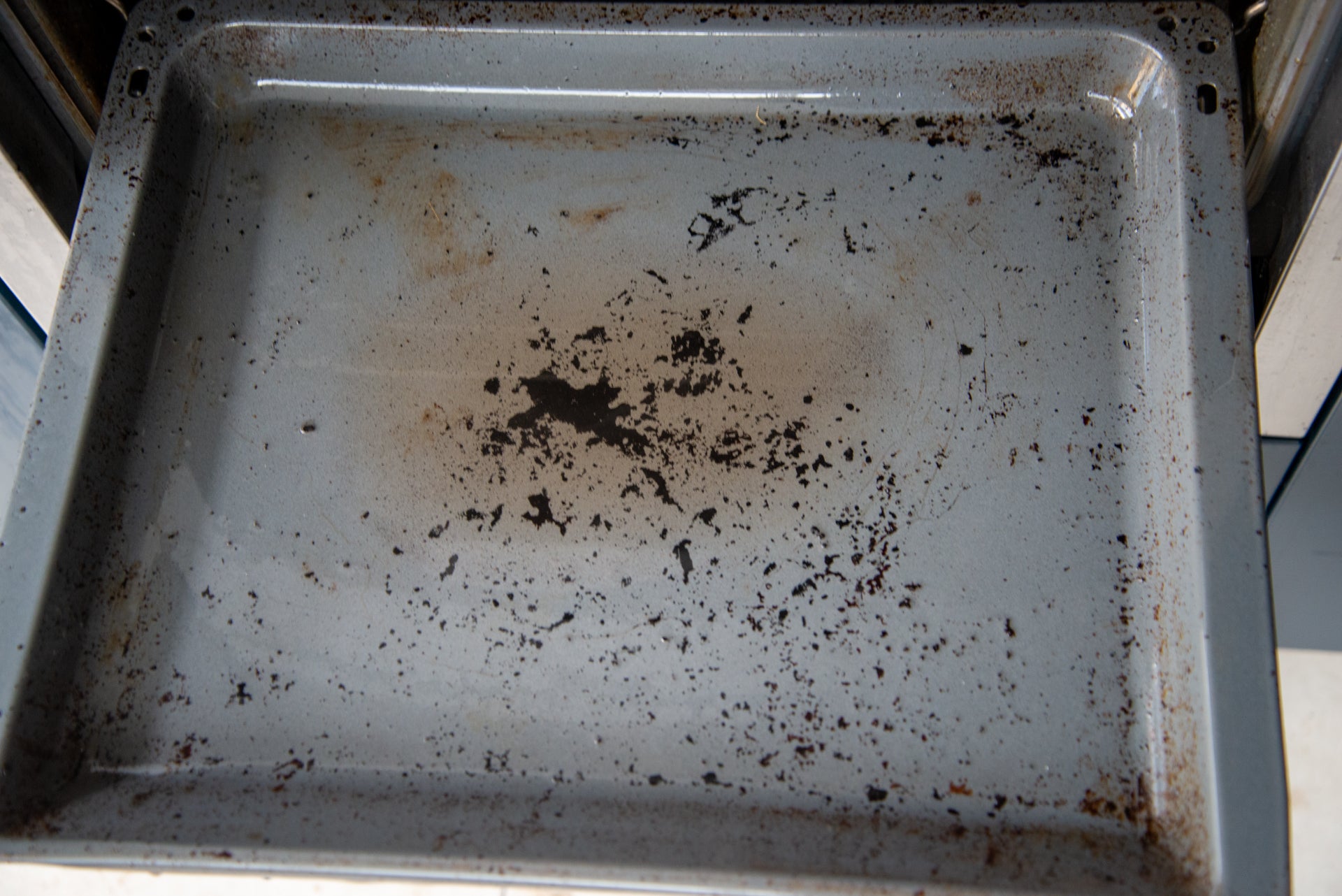 Next, I cleaned up the oven rack, using the small metal brush to return the metal spokes to their shining glory. This was pretty easy to do, using a burst of steam, then rubbing away with the metal brush. 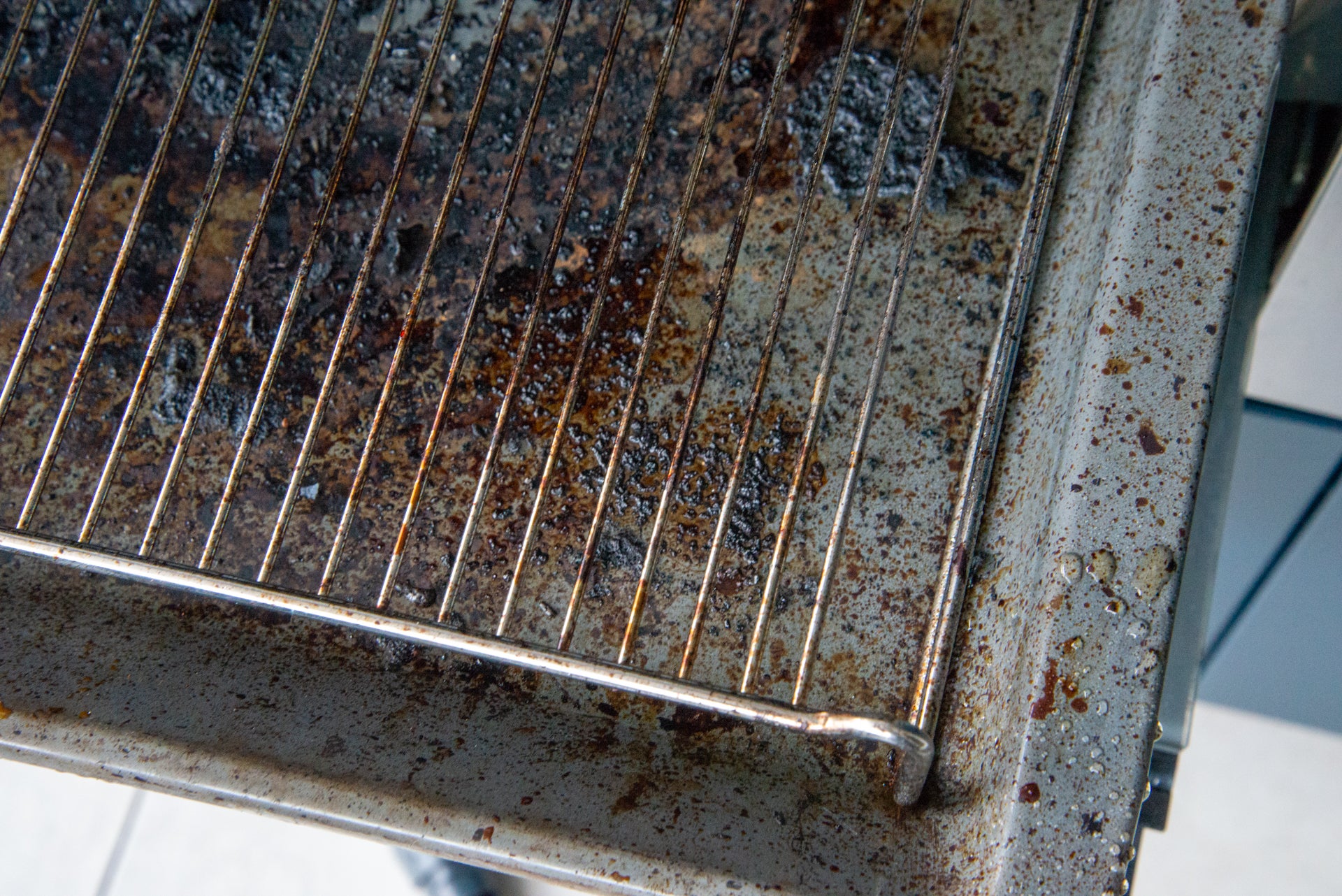 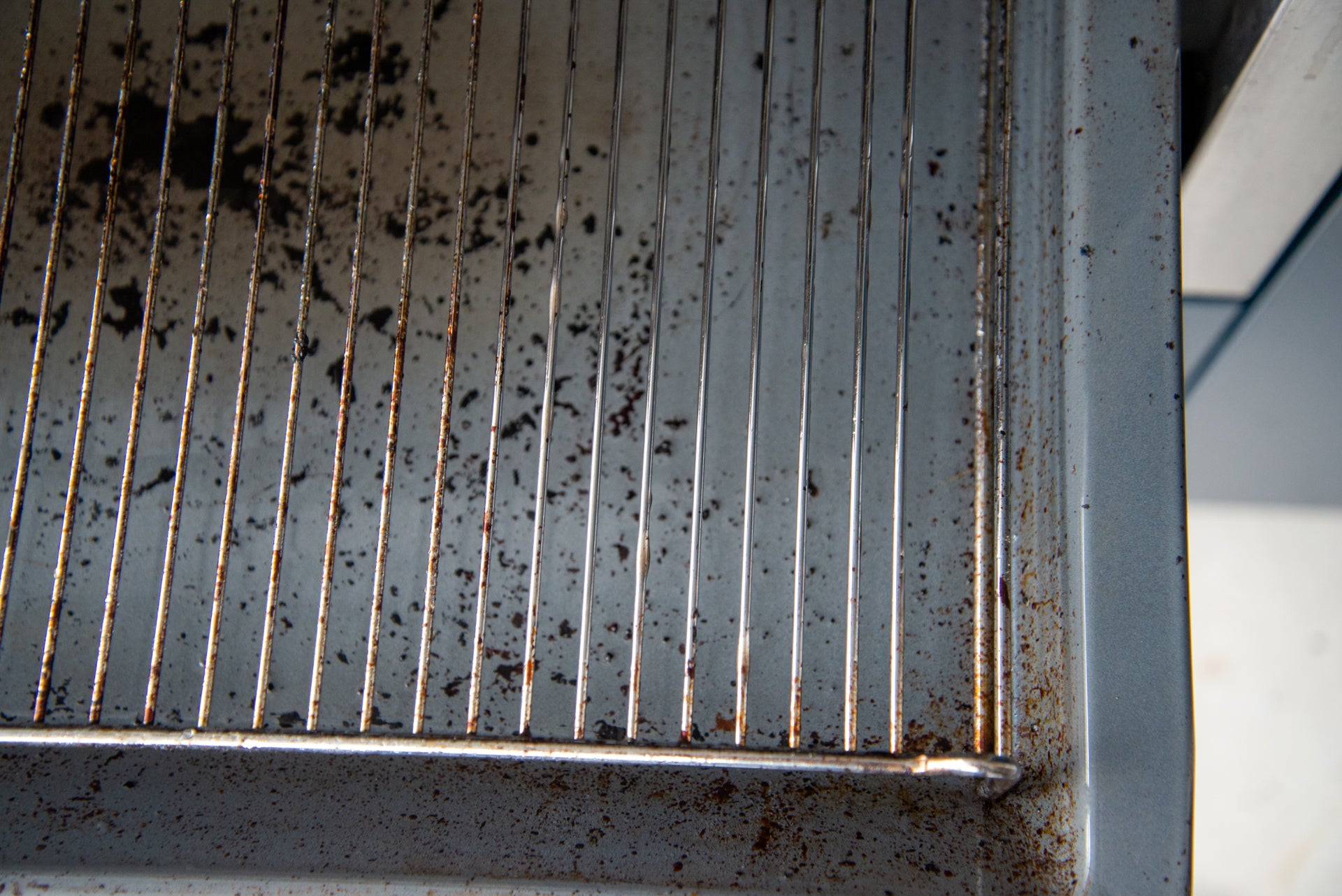 I moved on to the oven’s window next, which had several spots of grease on it. The easiest patches were easy to remove with the round brush. After a fair go cleaning, the window looked much better but there were some stubborn spots that I couldn’t remove, and chemical cleaning or a more powerful steam cleaner would be needed. 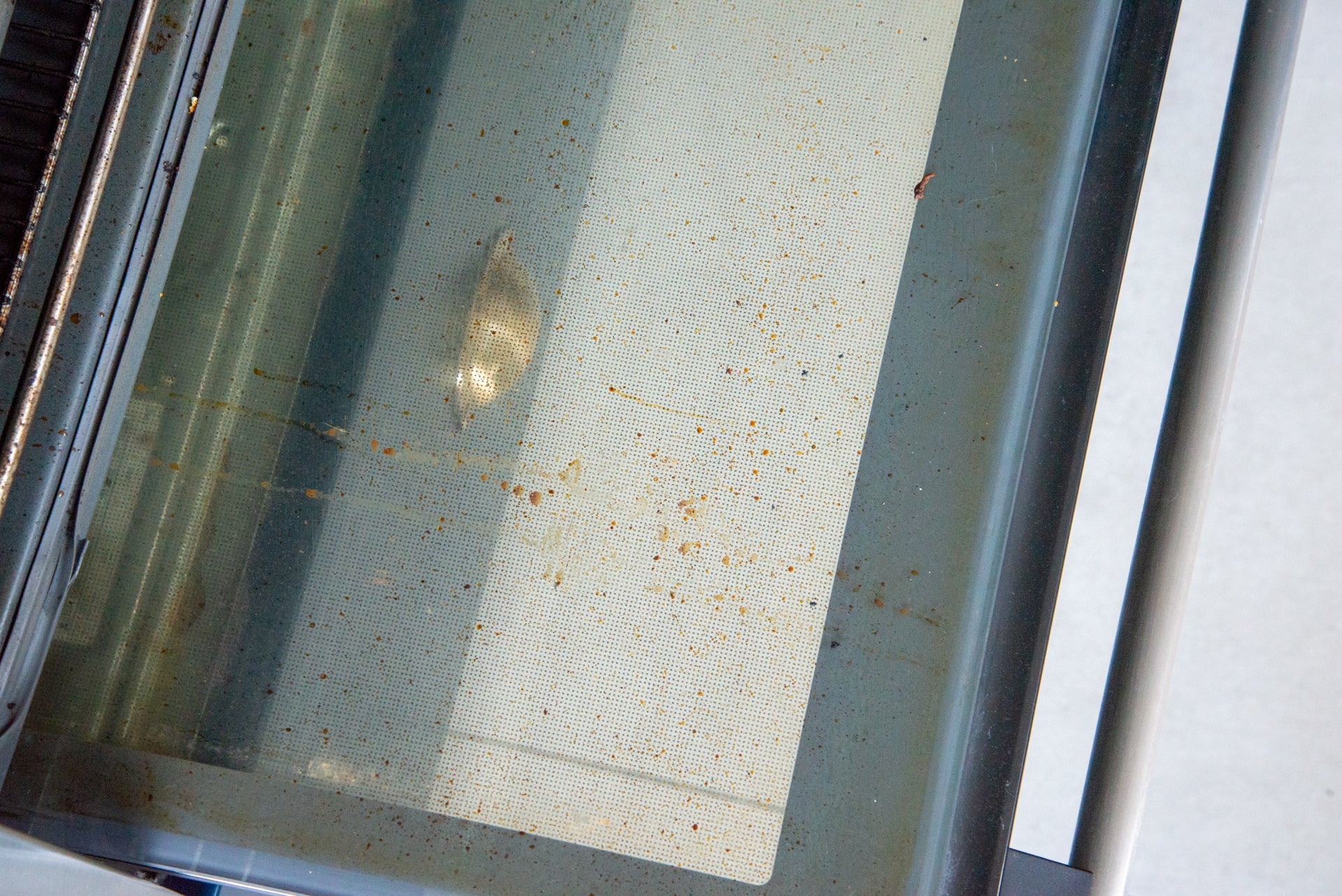 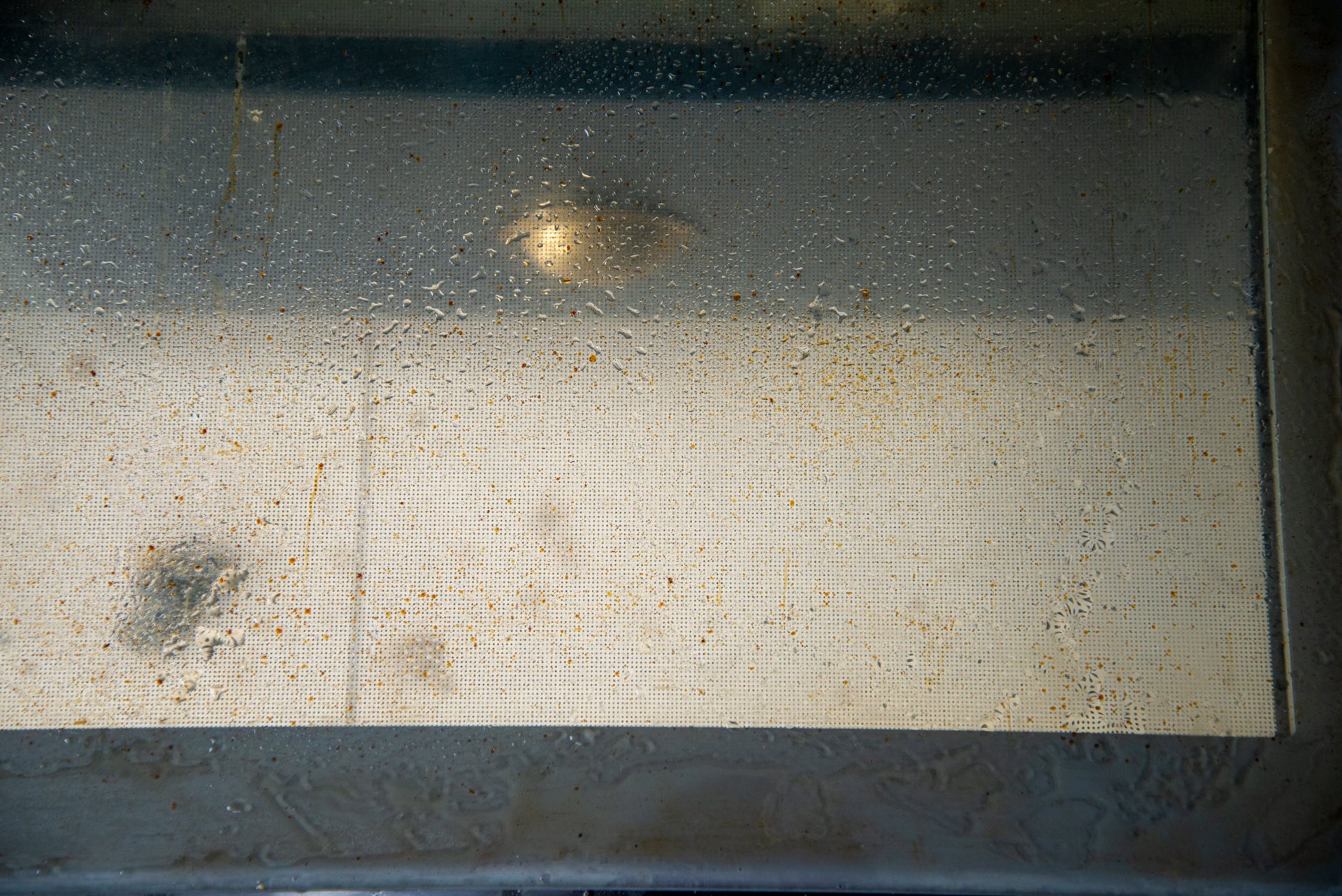 Next, I let BBQ sauce dry on the kitchen counter. I found that it was best to use the small cloth for this job, although I had to set the steam level to low: on any other setting, it’s too easy to over saturate the cloth. A few swift wipes cleaned up the mess, and a wipe with a dry cloth finished the job. 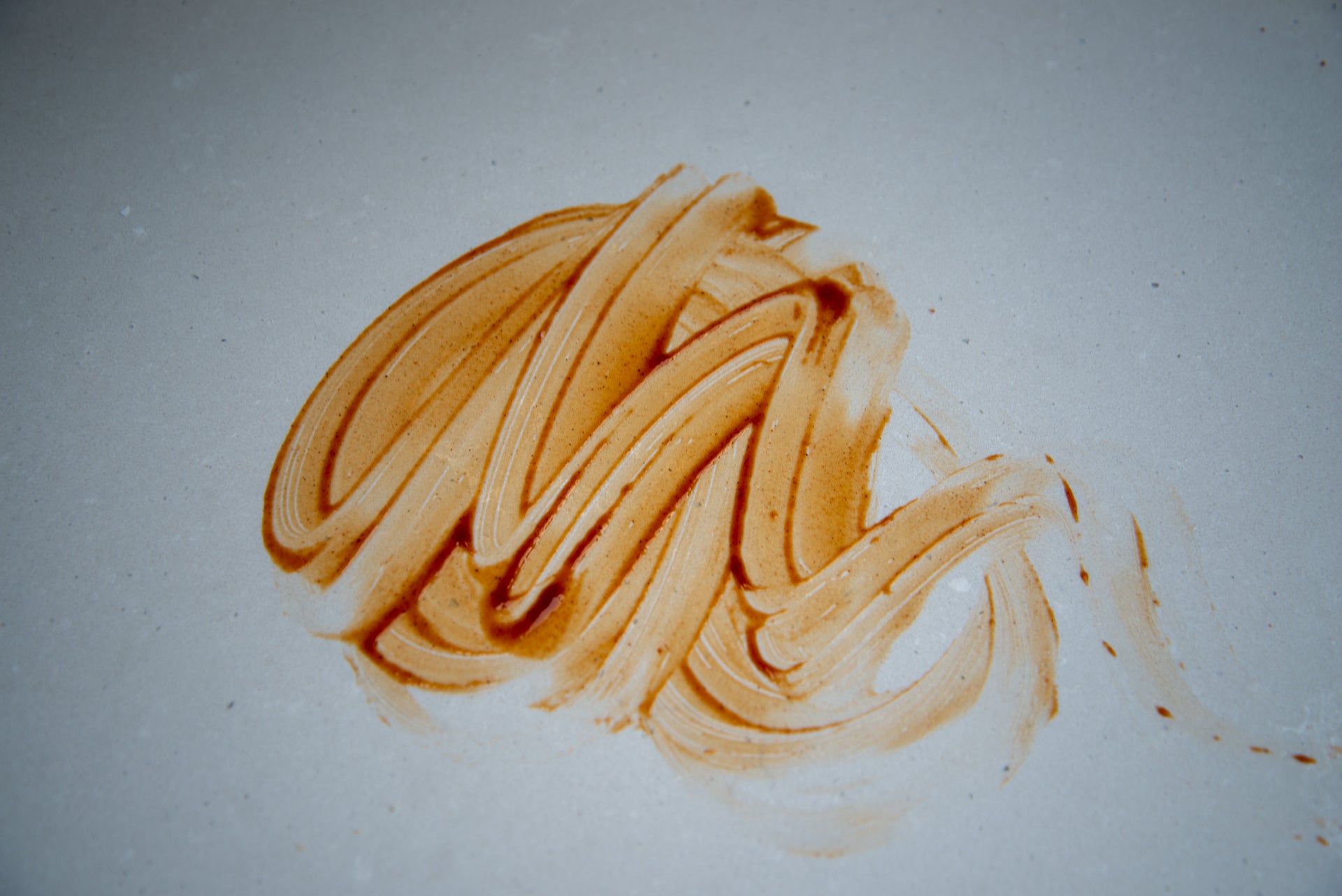 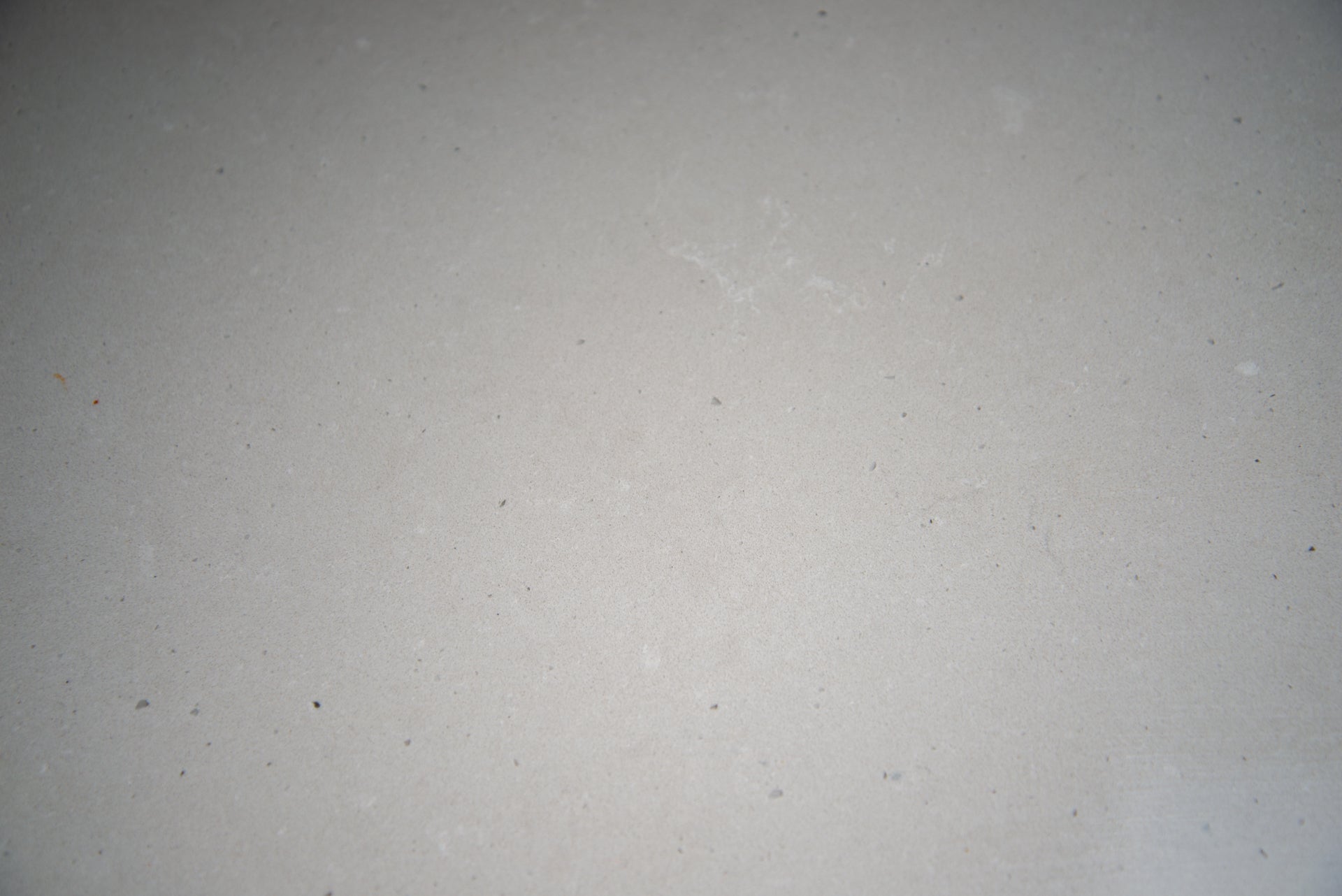 Next, I tackled the induction hob, using the conic tool’s nozzle for the tough, burn-on stains, and the squeegee to finish it off. Using the conic tool on medium, and squeegee on low made the most sense. Even so, there was a fair amount of surface water that I removed with a dry microfibre cloth. 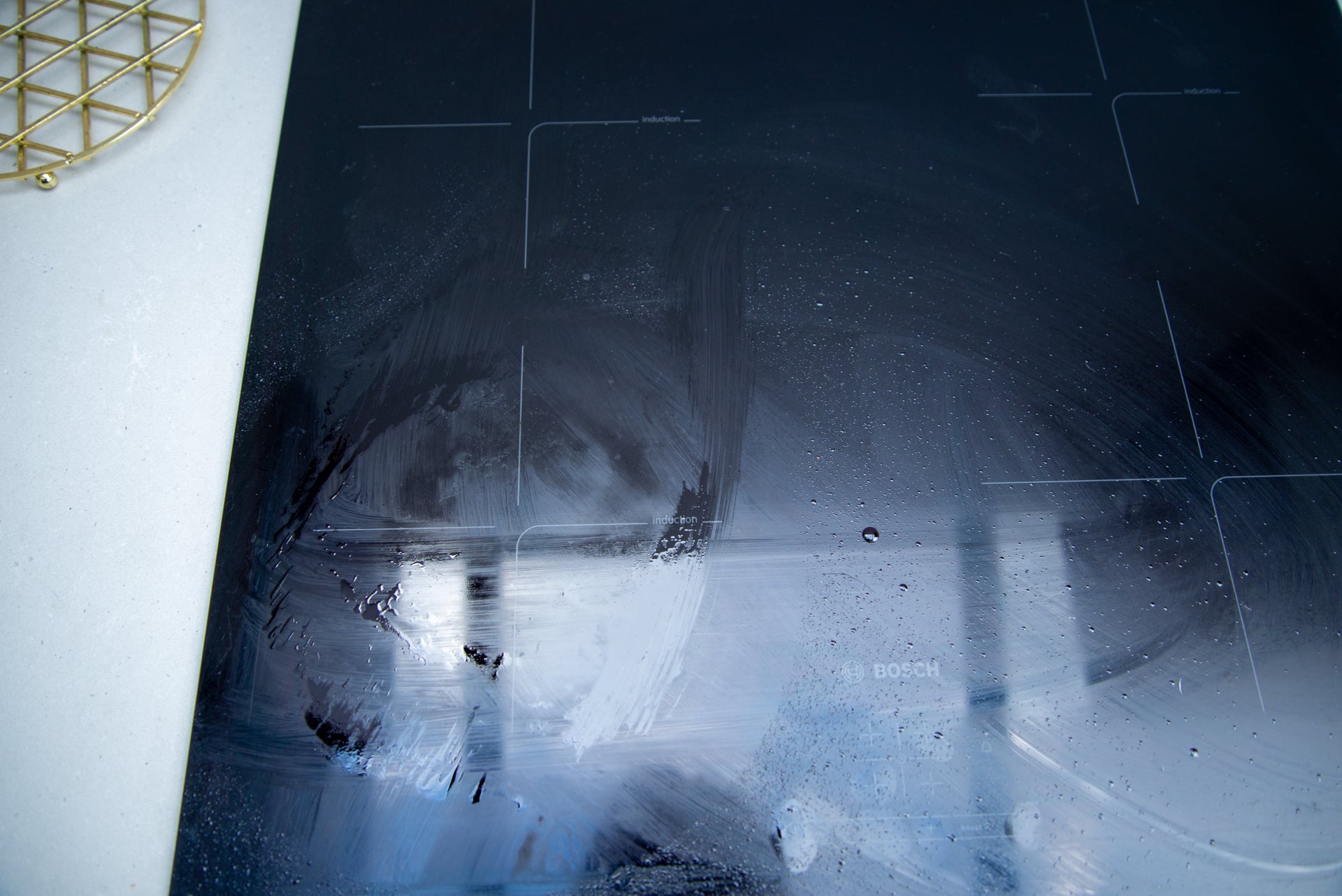 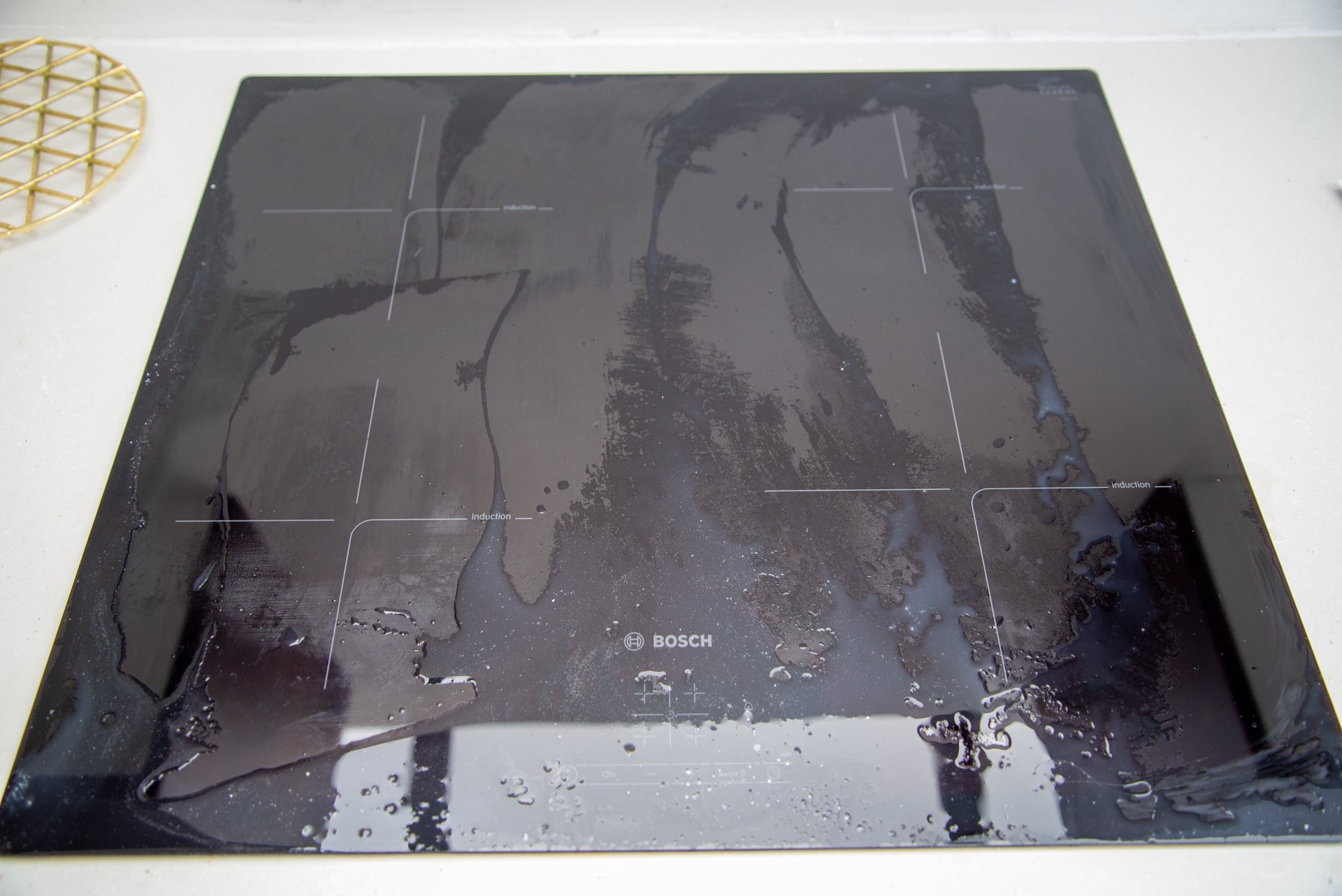 Finally, I tackled the grout in my shower. Blasting the dirt with the curved nozzle was the easiest way to do this. There’s plenty of power in the system to remove built-up dirt and mould, but it can take a while to clean an entire bathroom. 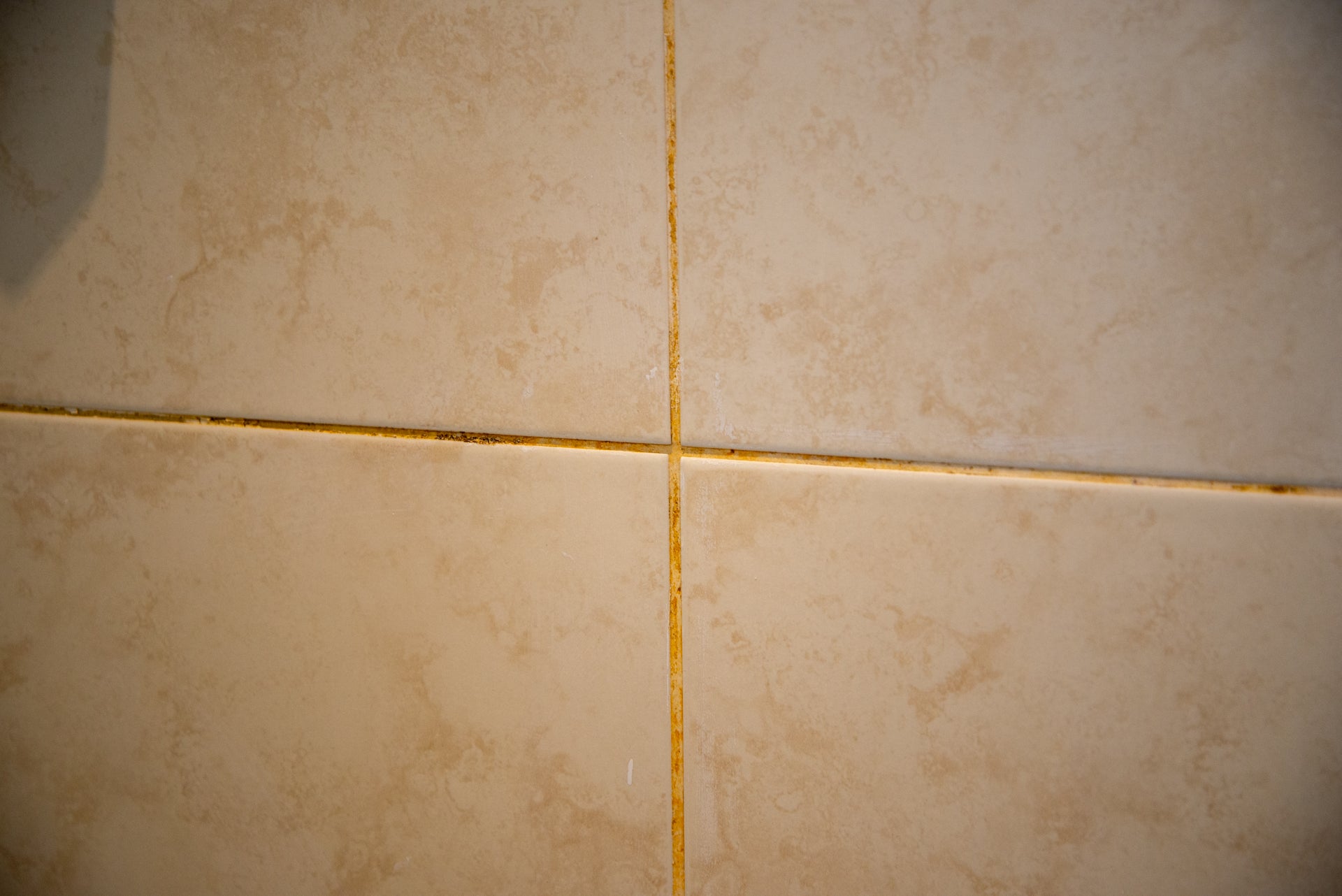 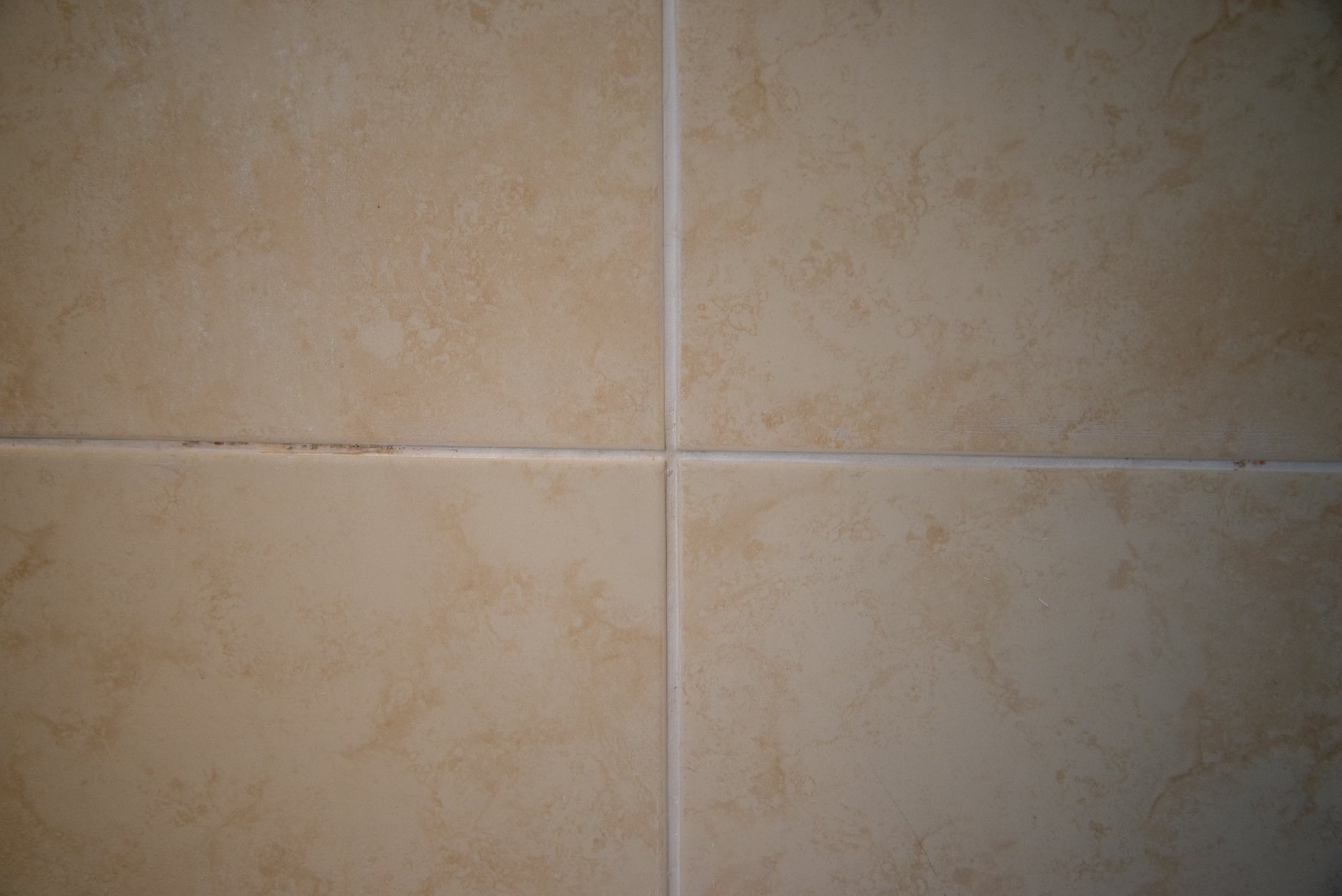 Should I buy the Hoover Steam Capsule 2in1?

What you get with the Hoover Steam Capsule 2in1 is incredible versatility. As a floor mop, it did a brilliant job getting my floor up to scratch, with the triangular tool helping deal with the toughest of stains.

If you’ve got a small amount of hard floor to deal with and think of the Hoover Steam Capsule 2in1 as a maintenance cleaner, then it makes sense. If you used it weekly (or at least every couple of weeks) on your oven and showers, then you could prevent the build-up of tougher stains, making this a valuable all-in-one cleaner.