If you’ve been looking for a new phone that won’t break the bank, you may well have stumbled across Chinese brand Honor.

Huawei’s sister brand is nothing if not persistent and The View 10 is its fourth flagship phone. It sees Honor shifting its sights to a more premium market, and attempt to squeeze as much high-end specs as possible into a sub-£400 phone.

It shares a fair bit with Huawei’s Mate 10 handset, as a result, and gives the similarly priced OnePlus 6 a few things to think about too.

The Honor View 10 is the latest smartphone to ditch the standard 16:9 screen ratio for a skinnier 18:9 one, allowing for a 6-inch display in a compact, easy-to-hold body.

It’s not quite bezel-less, but the edges that frame the screen are very slender indeed, reaching almost to the edge of the device on the left and right.

The edges to the top and bottom are slightly chunkier, but only thick enough to make way for the View 10’s speakerphone and selfie cam at the top, and a front-facing fingerprint scanner along the bottom.

The scanner is lightning fast, and personally, I prefer its location here than the OnePlus’ back-mounted option. The scanner can also double up as a touchpad for navigational gestures instead of having them on screen, so you can swipe left and right to browse through photos, or up and down when reading a website, for example. 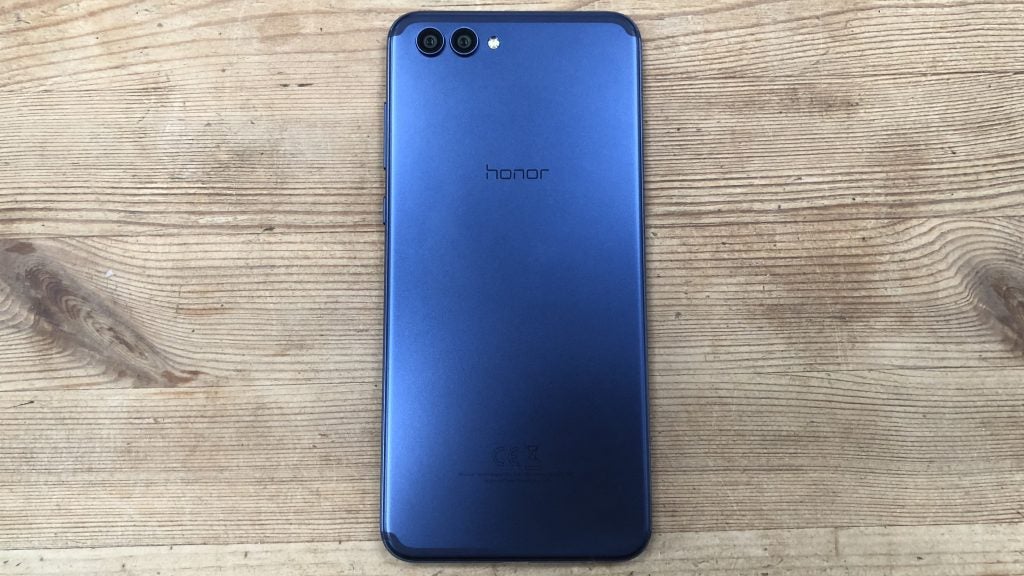 Like the OnePlus 5T, the View 10 has shunned glass for a back panel made from aluminium (available in Honor’s signature blue, or midnight black), with softly chamfered edges that meet the ever-so slightly curved 2.5D screen around the front. Its aluminium body means wireless charging is unfortunately a no-go, but subtle colour-coded antenna strips along the top and bottom ensure signal isn’t hampered by its metal casing.

Despite looking like it, the View 10 isn’t actually a unibody design (its edges are separate to its back panel, which helps keep manufacturing costs down), but the battery is still fixed and can’t be removed.

Thankfully it manages to squeeze a relatively large 3750 mAh battery into its slim 7mm shell, though it is outdone by its OnePlus 5T competition and Mate 10 stablemate, which both sport 4000 mAh cells.

For a mid-range phone, the screen is surprisingly bright, and I rarely needed to push it above the halfway point in most situations. You certainly won’t find yourself struggling to see the screen in bright sunlight with the brightness turned up to the max.

The display has the option to tweak the display colour temperature between normal and vivid – I would usually stay far away from vivid options but here it does seem to put a bit of punch into colours that is missing without it. The downside is, it adds a fair amount of blue tones into whites in the process. 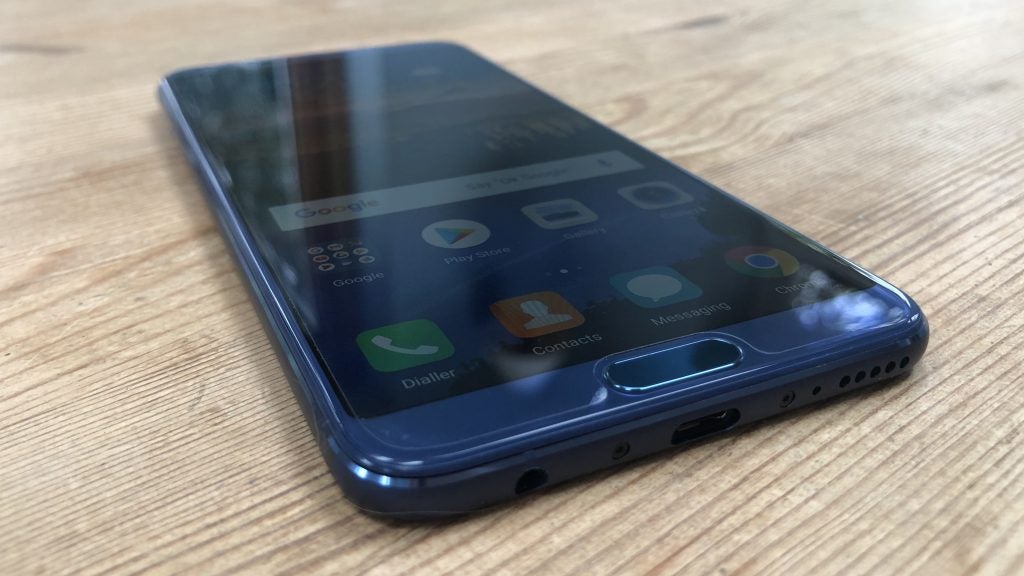 You’ll have to play around and decide what works best for your tastes – unfortunately I wasn’t completely sold on the colour balance either way. It’s overall a little cool and wishy washy for me, and could do with a touch more warmth to make it look more natural. Its contrast lacks a little in comparison to the OnePlus 5T’s AMOLED screen too because the View 10 uses an LCD display.

For the most part, video is sharp and well presented, although lacking a little in fine detail, if I’m being picky. I did notice videos on Netflix were prone to a little noise too, particularly with busier scenes (the audience at a comedy gig, for example). The videos I watched on YouTube, however, were clean of such artefacts.

Sound is handled by a single mono speaker which does a fine job for quick videos but isn’t particularly engaging nor goes loud – it won’t do a film soundtrack justice that’s for sure.

For that, you’ll want to use the increasingly rare 3.5mm headphone jack, which is found along the bottom edge, next to the speaker.