The Honor Play is the first Honor (or Huawei) device to bring the newly updated EMUI 8.2 to the table. The company’s skinned take on Android 8.1 Oreo only really promises improved image recognition in the native gallery app. This means that if you’re familiar with previous versions then you’re unlikely to notice any real difference in day-to-day use. 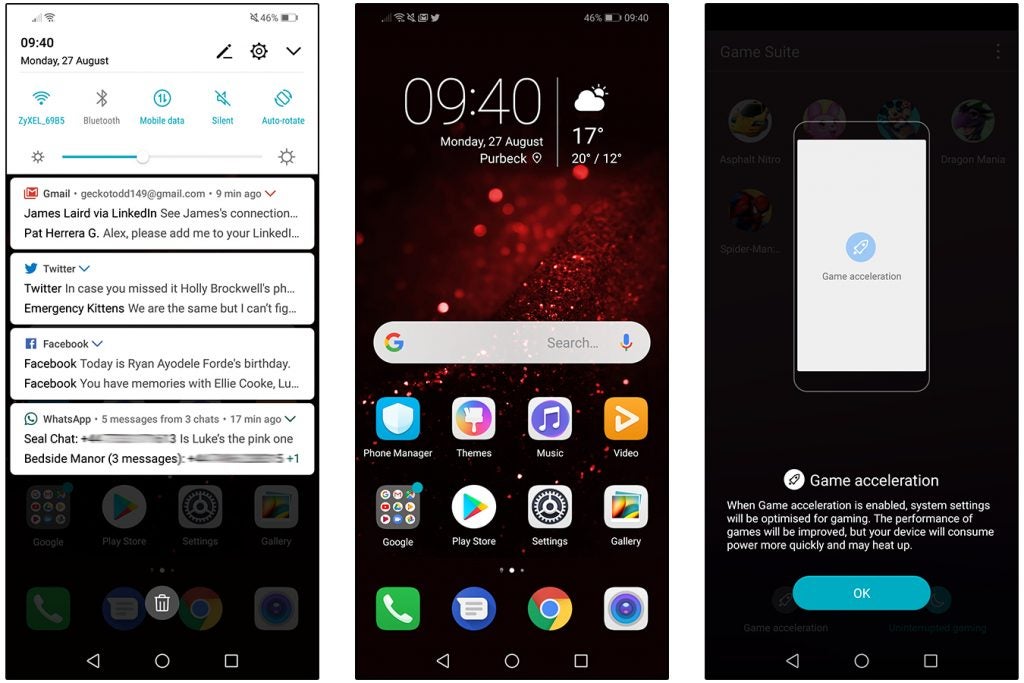 It’s the same Emotion UI experience we’ve seen across most of the company’s phones for the past 18 months or so. Solid inclusions are a customisable launcher packing options to add or remove the apps drawer and change the homescreen grid size. There’s also the aforementioned one-handed mode and voice-controlled quick actions. An integrated Phone Manager app scans for viruses and tidies things up behind the scenes for better performance, plus there’s a whole heap more.

It’s a far cry from stock Android, if that’s what you’re used to, and might more readily accommodate former iOS users looking for a change. Nevertheless, there should be more than enough options for most people to get things looking and behaving as they want. Some features from the company’s more premium devices – such as raise-to-wake – are absent, but these are small extras that are nice to have and are by no means expected.

Along with background performance improvements when gaming (more on that in a moment), the Honor Play also features a native Game Suite app.

As with game mode launchers found on rival devices, this app lets you file away games within its specialised folder so that when they’re launched the phone blocks incoming notifications from interrupting your gameplay. In addition, using Game Suite tells the Play to ramp up performance, provided the game you’re playing is compatible.

Whilst Honor has promised streaming support, so you can output gameplay directly to the likes of Twitch or YouTube Gaming live, these more advanced features aren’t yet part of the experience I tested. This leaves Game Suite a decidedly sparse experience for the time being.

Along with EMUI 8.2, the Honor Play also happens to be the first of the company’s devices to pack in its GPU Turbo update out-the-box. The update promises 60% better graphical processing efficiency, along with a 30% reduction in the processor’s power consumption compared to a phone with the same specs that doesn’t have the update installed.

When Honor introduced the Play, it outlined the implications of the GPU Turbo update when gaming. Right now its benefits only affect a handful of games, with the focus being on the likes of PUBG, Asphalt 9 and MOBAs such as Mooton’s Mobile Legends. However, when playing one of these supported games, you’ll find the experience impressively fluid and wholly enjoyable.

Despite Honor citing this phone as sitting in the middle of its current smartphone portfolio (above handsets such as the Honor 7X but below the top-tier Honor 10), you’d be forgiven for thinking that you’re playing on a true flagship.

I tested the more conservatively specced model, which contains 4GB of RAM instead of 6GB, but it made little difference with regards to general usability. Also, while playing both Asphalt and PUBG, both games were nearly lag-free during the 30-minute play sessions. 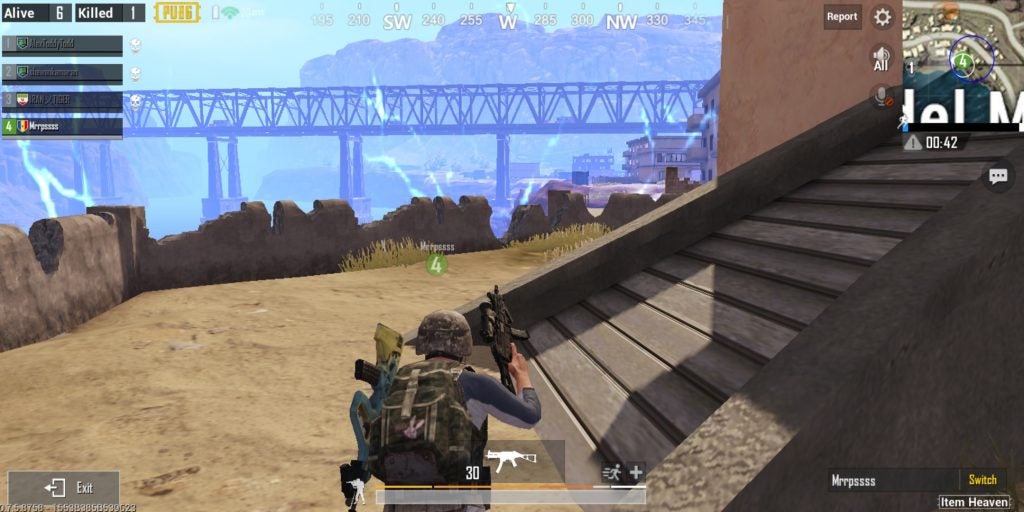 On the hardware side, this is no doubt thanks to Honor’s decision to stick its flagship processor, the Kirin 970, inside the Honor Play. For a mid-range phone with a niche focus, such a powerful processor is a welcome surprise. It narrows the gap between the Play and true flagships handsets. In addition, with the help of GPU Turbo and the integrated Mali G72 MP12 GPU, the phone also doles out consistently smoother and higher frame rates than the same game running on the likes of Samsung’s Galaxy S9 (based on Honor’s lab testing).

The Kirin 970 is going to be replaced by Huawei’s 2018 flagship chipset imminently. Despite this, in the mid-range space, it will stand the Honor Play in good stead for a long while yet. Arguably, longer than the competition, including phones such as the Qualcomm Snapdragon 636-powered Asus ZenFone 5.

Gaming on the Play isn’t only about its graphical capabilities, however; it’s also about immersion. Honor’s got you covered there as well, though. The headline feature is something called 4D Smart Shock, which leans on the Kirin processor’s NPU (neural processing unit) for some AI-enhanced intelligent vibration. Taking a leaf out of Sony’s playbook, on compatible games such as (you’ve guessed it) PUBG, the Play can analyse and detect in-game sound effects such as gunshots and add accompanying vibrations. 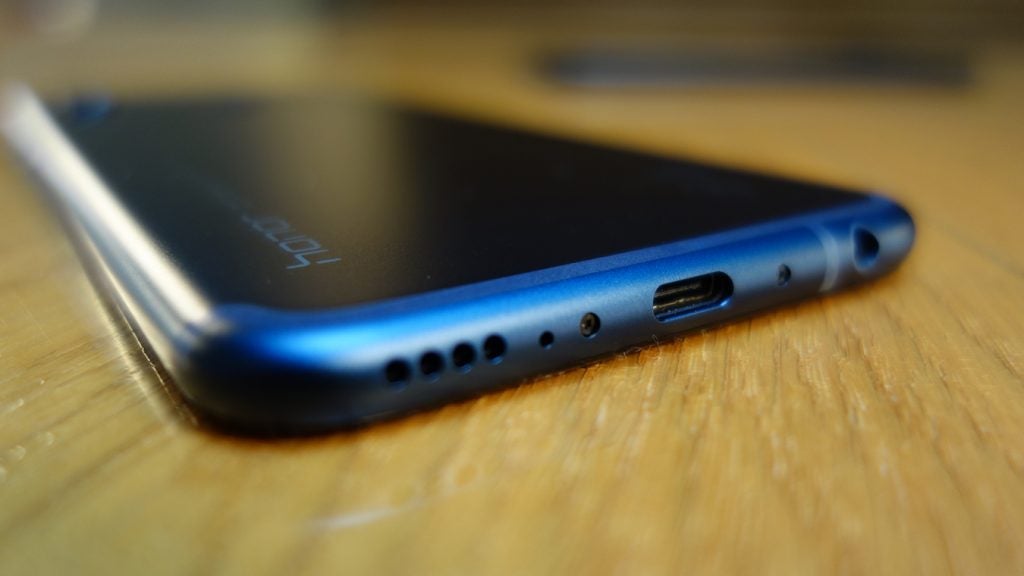 On paper, it’s a nice differentiator that sets the Play apart from other Kirin 970-powered phones in the company’s lineup. However, the feature isn’t yet active, at least not on the unit I tested. Despite being one of the most interesting aspects of the Honor Play, the company won’t have it working until the phone is already in gamer’s hands. Activation takes place via an OTA update further down the line, which is a real disappointment for the phone’s launch.

Another facet to the immersive experience that the Honor Play promises is its sound. The company’s Histen 3D audio tech promises virtual 7.1 surround sound, letting you gauge directionality in the game world – for example, as the roar of a car engine, footsteps or bullets. In practice, the headphones you wear make a huge difference in terms of how pronounced the effect will be. Nevertheless, even with a pair of cheap in-ear buds the feature is still recognisable and certainly improved my in-game experience.

Gaming is arguably one of the most intensive tasks you can perform on a smartphone, stressing the processor for an extended period while also pushing out sound, keeping the screen on and registering touch input constantly. As such, the capacious 3750mAh battery isn’t just appreciated, it’s essential to the Play’s success as a serious contender in the gaming phone space.

Honor promises around a day and a half of heavy use on a single charge, and while the company’s definition of ‘heavy use’ is decidedly undefined, I’d say the Play hits its target.

I was able to use the Honor Play across an entire weekend, hitting critical battery by around 9:30pm on the second day. My usage included an hour of PUBG and Asphalt 9, video streaming via YouTube, web browsing and liberal camera use. These are all tasks a genuine Play owner is likely to perform with their new gaming-centric smartphone.

As such, a day and a half of general use is a wholly attainable goal for the Honor Play. If you’d rather just get stuck into a full game of PUBG or two, then it will also be able to deliver hours of gameplay before requiring the wall plug.

Speaking of the wall plug, a Huawei 5V or 9V and 2A Quick Charger (not SuperCharger) comes in-box, so you can replenish the cells inside the Honor Play in around two hours from empty.