A cheap wearable that offers useful metrics when clipped to your running shoes, but is otherwise limited. Works best as an accessory rather than your go-to fitness tracker.

The Honor Band 5 Sport is a petite fitness tracker that can be worn around the wrist for daily tasks or clipped onto the laces of your trainers in order to track your sporting activities, from step counting to more advanced logging of running, swimming, or even basketball.

It’s not an all-singing, all-dancing, feature-packed wearable – it doesn’t display notifications from your smartphone, measure your heart rate or have onboard GPS like some of its more refined competitors. It’s key selling point will instead be its value for money, retailing for just €19 in the UK (approximately £16.20) and Europe from Q1 2020.

The Honor Band 5 Sport is a small, pill-shaped device that weighs just 15g. The screen is monochrome in black and white, and there is just one button on the device to toggle between the time display and data such as step count or estimated calories burned.

Most fitness trackers are simply worn on the wrist, but unusually there are two ways to wear this device; either clipped onto the laces of your trainers (and be sure to leave some slack for comfort), or more traditionally on a fabric strap. But this isn’t just any old fabric – it’s made from recycled bottles, boosting the brand’s eco credentials.

There are a few different straps to choose from, including pink, red and white, red and yellow, and a blue and yellow option that strongly resembles a bruised banana – but the one I tried out was in grey. The strap almost looks like a music festival wristband, and so it’s very lightweight and fairly discreet rather than being a fashion-statement smartwatch.

It may only be small, but this tracker promises to track physical activities including running, swimming, and even basketball, giving you pointers on how to improve your performance in each of these disciplines.

For the low price we expect this wearable to retail for, you’ll have to expect some compromises, and these are fairly obvious straight away. Unlike some multi-talented (but more expensive) rival devices, you can’t view or respond to smartphone notifications on this tracker, or play music or receive weather forecasts for instance. But that was to be expected; what’s more disappointing is that it offers no heart-rate tracking at all. That severely dents its usefulness if you’re looking to judge how well-optimised your exercise is or to measure your daily stress levels, and of course it means that more advanced health statistics such as SpO2 or VO2Max are well out of its reach.

The tracker doesn’t have onboard GPS either, so if you want to log your running route and get accurate distances, then you’ll have to take your smartphone with you (which painlessly synchronises to the Huawei Health app). Encouragingly, the Honor Band 5 Sport does boast a sleep-tracking capability, a feature that (incredibly) is still not natively supported by the far more expensive Apple Watch Series 5.

The list of features is a bit sparse, which is not surprising given the price — but heart-rate tracking is nonetheless a big loss for its functionality. 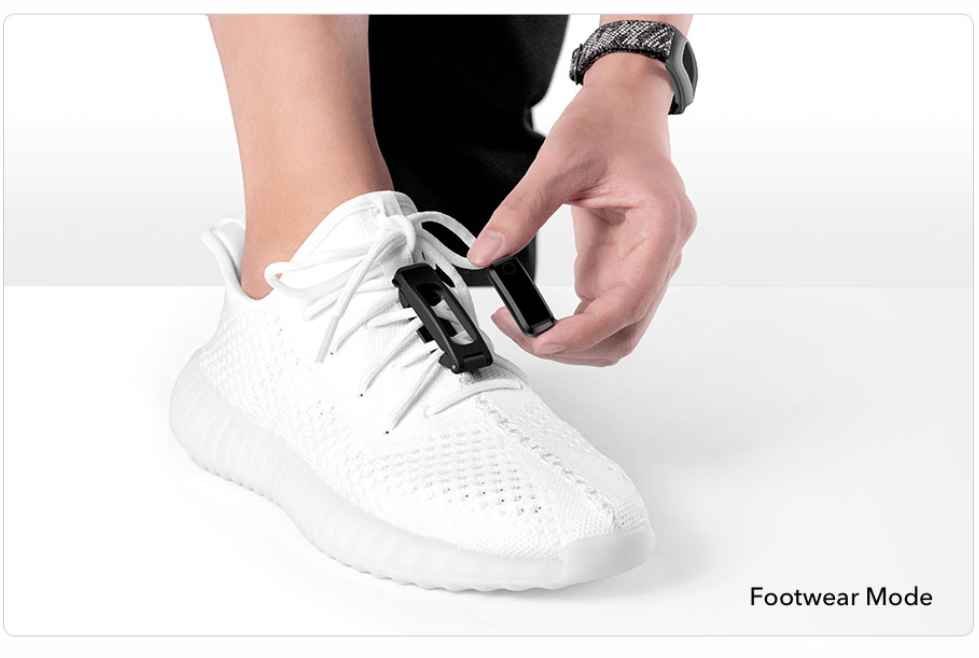 Taking the Honor Band 5 Sport out to the park, I clipped it onto my laces (and for this I’d recommend leaving a good bit of slack or else it will start to dig into your foot), selected the Outdoor Running activity on my phone via the Huawei Health app, and set off.

With the device on my feet and my phone tucked away in an armband I was essentially running ‘blind’ from a tech perspective, without any of the useful info that fitness trackers usually provide on your wrist, such as pace, distance travelled, or even just the time if I’d been inclined to do some mental arithmetic on the go. In this way, the Honor Band 5 Sport seems more suited to being a fitness accessory rather than a genuine tracker in its own right.

Once my run was over, I ended the activity via my phone, and the device synchronised its statistics. Once complete, you’ll be able to peruse the distance travelled, lap times, altitude, and more so that you can log your exertions after the fact (but of course, not your heart rate). But the most interesting tidbits are the data it collects on your stride.

Details such as landing impact, ground contact time, and foot strike pattern can help you to adjust the way you run in order to optimise your efficiency and minimise the risk of injury — a boon to runners regardless of their experience levels. 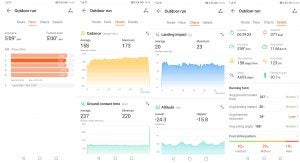 You can also run with the device on your wrist, but having tried this it seems to defeat the point. It gives you little more information that your phone would by doing to the same – and seeing as you’d have to bring your phone along anyway, just makes it a pointless exercise. The benefits come from wearing this on your feet.

This fitness tracker also offers sleep tracking, and while it seemed generally correct, I did experience one extremely inaccurate result – inexplicably claiming I’d slept for 12 hours and 35 minutes, like a sloth on temazepam – which causes me to doubt it’s general veracity. It had initially seemed good news that the device boasted this feature, but it’s obviously a problem if it’s not actually accurate enough to be of any use.

Overall then, the fitness tracking aspects are a mixed bag. It’s not particularly informative when worn on the wrist, as it gives you much the same information that you’d get from just carrying a smartphone on your person, and the benefits you get from wearing it on your feet are interesting reading afterwards, but of no use while you’re pounding the pavement. 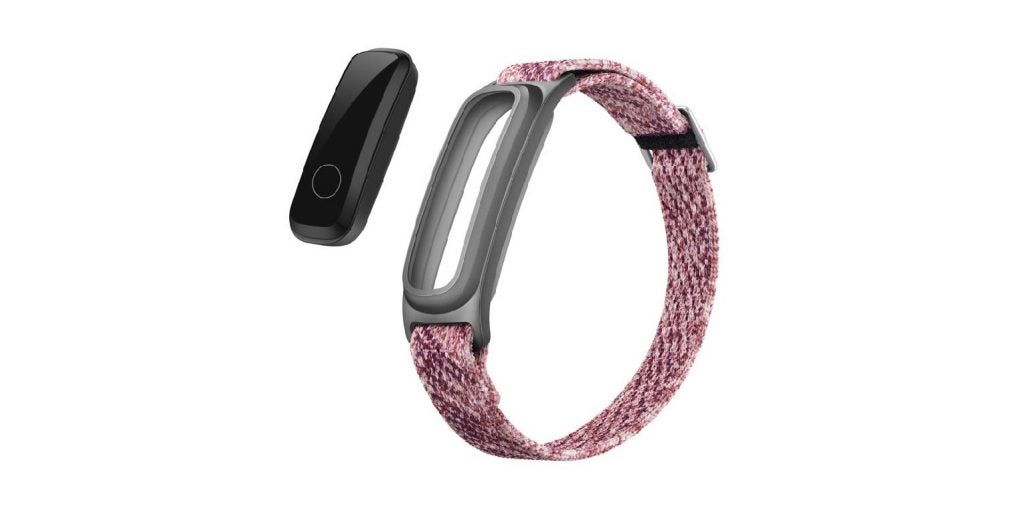 Honor claims that the battery for this device can last two weeks, and this bold claim did stand up to our testing. We never found ourselves caught short by this fitness tracker thanks to its enduring battery. Of course this is the flipside to the monochrome display and lack of features, so you’ll have to decide for yourself whether it’s worth the trade-off.

Once it’s finally run out of puff, a USB adaptor is included in the box that the tracker fits neatly into, for recharging. A mains adapter is not provided in the box, so you’ll have to repurpose the charging brick from another of your electronic devices, or just plug it into your laptop.

Charging via a 2A USB port will get you from zero to 100% charge in around one hour, and then you can forget about it for another two weeks.

Should you buy the Honor Band 5 Sport?

If you are looking to improve your form while running, then the Honor Band 5 Sport is so cheap that it could well be a worthwhile investment, as the data it gives you when clipped to your running shoes is useful. It also works well for counting your steps over the course of the day (though sleep tracking was inaccurate), so it may have some use if you have only this most basic of requirements.

But if you want a tracker that gives you more detailed health and fitness information, including your heart rate, then you should look elsewhere, and there are plenty of high-performance, low-budget devices to choose from, including the Honor Band 5 and the FitBit Charge 3.

The Honor Band 5 Sport has obvious compromises due to its very low retail price, the most notable omission being a heart-rate sensor. Therefore it might be best to think of it as a fitness accessory rather than a fully-fledged tracker, and in this role when worn on the foot it can give you useful insights into your running technique for a bargain price. Overall, its functions are fairly limited, and most users would be advised to spend a little more for the benefits of an all-round fitness tracker.