The Honor 9 runs the same Emotion UI software you’ll find in Huawei phones, and underneath it there’s Android 7.0.

Emotion UI is perhaps the most commonly-criticised of the third-party manufacturer interfaces, but the latest version makes a real attempt to address the long-standing complaints. Top of the list is the structure of the system.

Until recently, Emotion UI made you just use your home screens for apps, as there was no apps menu, like iOS but less tasteful. The Honor 9 lets you choose between this old style and a layout much closer to standard Android 7.0, with a vertical apps menu that stops you having to tidy your home screens as often as your bedroom. 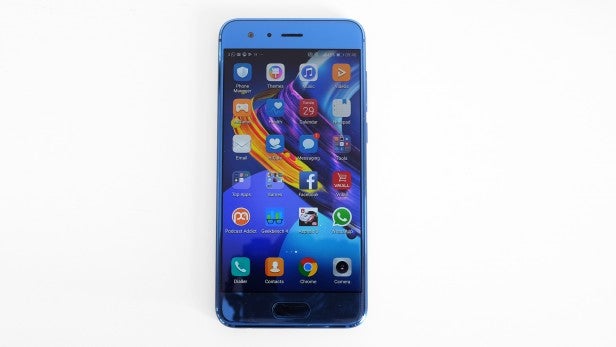 You need to dig into the Settings menu to find this option, but it’s there. Much of the old awkwardness of Emotion UI is gone, and I now find it a perfectly pleasant piece of software.

The Honor 9 can be customised with themes, available through a Themes app, but just like those of HTC and Samsung, these can often make the phone look worse rather than better. The option of wildly stylised app icons is there for those who want it, though.

One slightly bitter part to the Honor 9’s software is quite how many preinstalled apps there are. As well as some basic Huawei utilities, there’s a folder full of Gameloft games and another full of recommended apps like TripAdvisor and eBay. 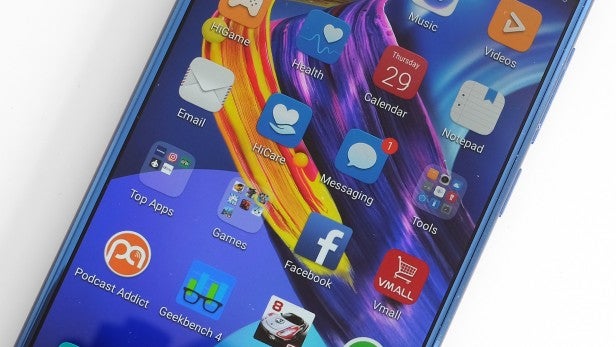 It’s particularly noticeable if you enable the apps menu as it end up clogged with the stuff, rather than being hidden in folders. It seems churlish to complain too much if this is what it takes to get the Honor 9 under £400, though. Apps can be deleted.

Crucially, the Honor 9 software also feels very fast. App loads are quick, I encountered no strange bugs and the very responsive fingerprint scanner only adds to the slick sensibility.

In recent years I’ve often recommended phones like the Moto G4 because they offer a satisfying Android experience for a fraction the price of a top-end phone. Phones like the Honor 9 remind you there is still a day-to-day difference between a truly powerful phone and an OK one.

This phone has the same CPU as the Huawei P10, which is currently around £170 more expensive, in the form of the HiSilicon 960, a high-end octa-core chipset. 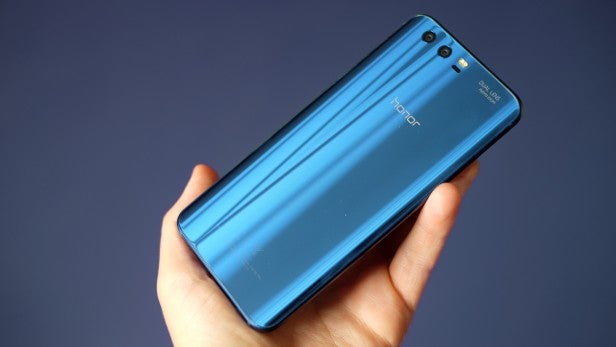 It has four Cortex-A73 cores and four Cortex-A53s, where a cheaper phone will tend to use all Cortex-A53 cores. Those A73s are in a league above: true performance cores with a lot more power.

They’re different, but in the same league.

We see this in the Honor 9’s Geekbench 4 scores too. It earns 6160 points, a mammoth score only a few hundred points below the OnePlus 5 (6719) and Sony Xperia XZ (6492). Those phones use the Snapdragon 835 and 820 CPUs respectively, showing that the HiSilicon chipset isn’t too far behind despite using standard cores rather than the trendy Kyro kind. 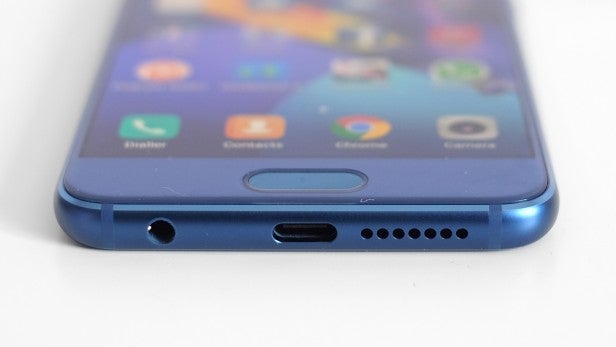 I would not suggest the HiSilicon 960 is a match for the best from the Snapdragon series, though. It uses the 8-core Mali-G71 graphics chip, which is not as powerful as the Adreno 540 of the Snapdragon 835. And the Exynos 9985 seen in the UK Samsung Galaxy S8 has the 20-core version of the same graphics chipset.

As the Honor 9 has an ‘ordinary’ resolution of 1920 x 1080 pixels, the difference doesn’t seem to translate to any obvious real-world deficit, though. Games like Asphalt 8 run extremely well on the phone.

It is perhaps one reason to consider the OnePlus 5, however, if you really like to plan for the future.

The Honor 9 does have a generous 4GB RAM, so we can’t see that becoming a day-to-day performance roadblock any time soon. It’s DDR4 RAM, too.