The Honor 7S runs Android 8.1 and has Huawei’s EMUI interface. At the time of review, this is the latest major version of Android, and the interface is similar to that of Huawei and Honor’s more expensive phones.

You can choose whether or not to use an app drawer, or apply themes to give the phone a new look. Further aspects of the interface are customisable than is possible with vanilla Android.

A lot of people still dislike EMUI, but I think it’s solid these days – and not the least attractive manufacturer UI, either. Reinstate the apps menu, which is turned off by default, and you have a fairly slick-looking budget phone. 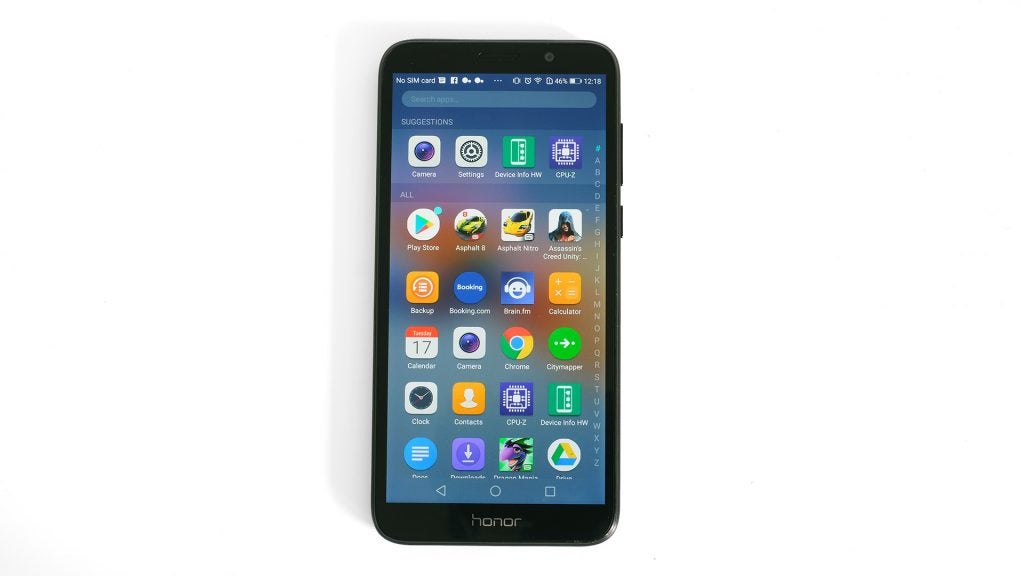 However, as is the case with other cheap Honor phones, there are quite a lot of preinstalled apps included. A fistful of games from Gameloft, eBay and booking.com are present. They’re the app equivalent of ads. You can delete them, however, so it’s hardly a big issue.

Performance is a big problem, though. The Honor 7S has a quad-core MediaTek MT6739 CPU with a PowerVR GE8100 GPU. In the past, lower-end MediaTek processors have often struggled with 3D games, but here it’s day-to-day performance that’s the issue. Every part of the Honor 7S is slow.

Loading up Settings is slow. Booting apps is slow. Initialising the camera and, on occasion, flicking between the homescreen and apps drawer is slow, too. 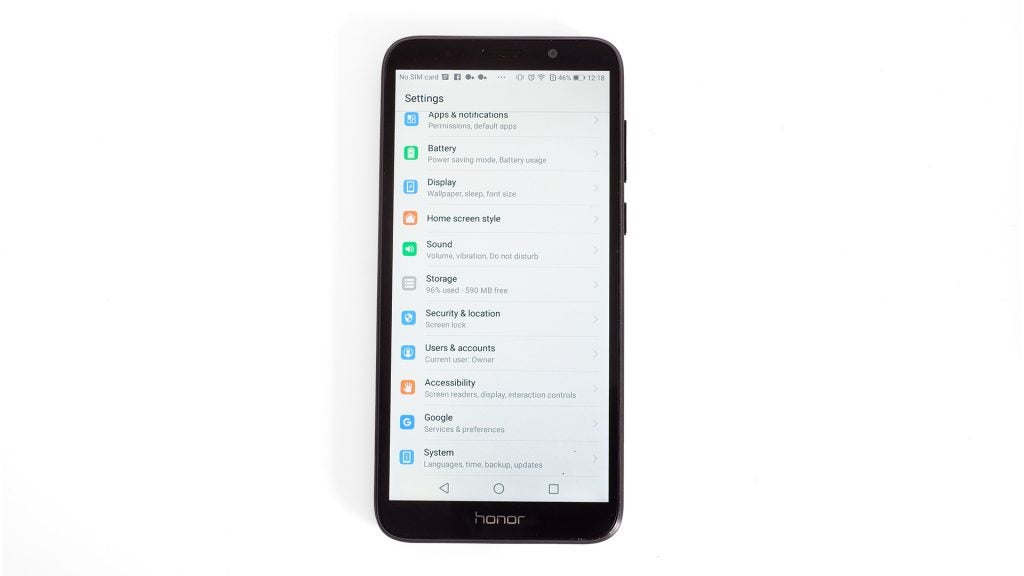 It’s the level of performance I’ve experienced in £50 handsets. And, at that price you could shrug your shoulders and be fine living with the lag. At £100, it just isn’t acceptable.

There’s no obvious red flag in the specs to explain the sub-mediocre speed. The MediaTek CPU may only have four cores, but they’re Cortex-A53s. It’s usually older, slower Cortex-A7 cores that result in this level of lag. And while 2GB of RAM is the baseline for a modern phone, it shouldn’t result in this sort of pervasive slow-down.

The Honor 7S scores 1776 points in Geekbench 4 – fairly low, but consistent with a quad-core processor.

It’s the Honor 7S’s performance that earns it such a poor review score. If it were fairly smooth in use, as are the lower-end Moto phones, all the other price-related compromises would be easy to accept. 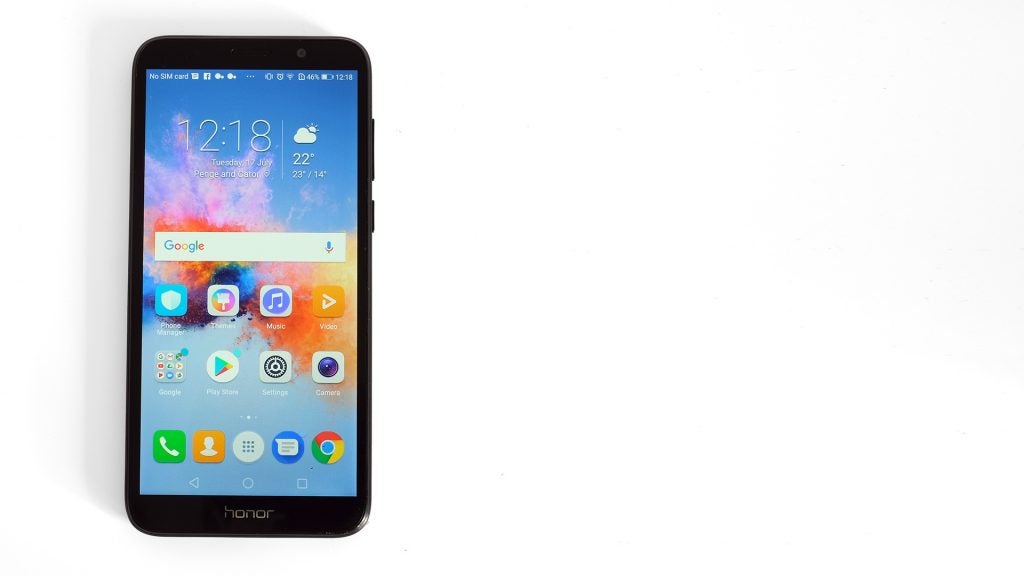 This device is terrible at multi-tasking too, shutting down most apps almost as soon as you leave them.

It struggles with higher-end games, too. In Asphalt 8, you’ll need to drop down to ‘Low’ graphics to avoid distracting frame rate drops. I can’t recall the last time I had to do this with a review phone. The Honor 7S is just no fun to use.

All of these problems simply don’t exist in the Moto G6 Play. Honor told us a performance-improving update is on the way, but at this point there’s no way of knowing how dramatic an improvement it will provide.

The Honor 7S has a basic camera setup. There’s a 13-megapixel sensor with LED flash on the back and a 5-megapixel selfie camera up-front.

It doesn’t benefit from any of the smarts of Honor’s more expensive phones. There’s no Auto HDR processing, and certainly none of the “AI” smarts Honor promotes in its top-end phones. 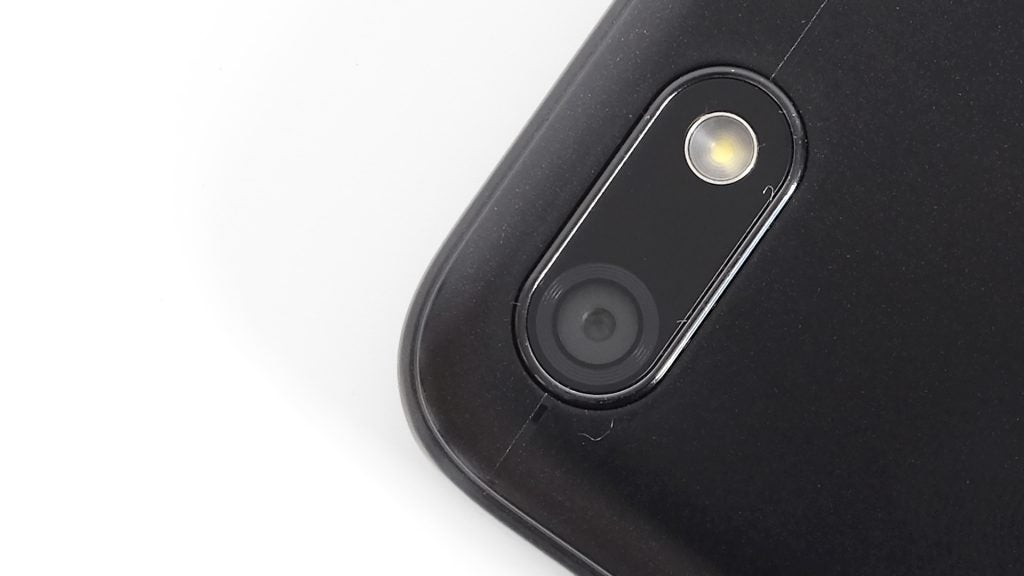 Images tend to come out quite dark, more so when you look at them on another screen. Dynamic range is pretty poor, night image quality lousy, and the Honor 7S has issues with focusing in low light.

However, in daylight you can get some decent results, particularly if you fiddle with them a little post-shoot. 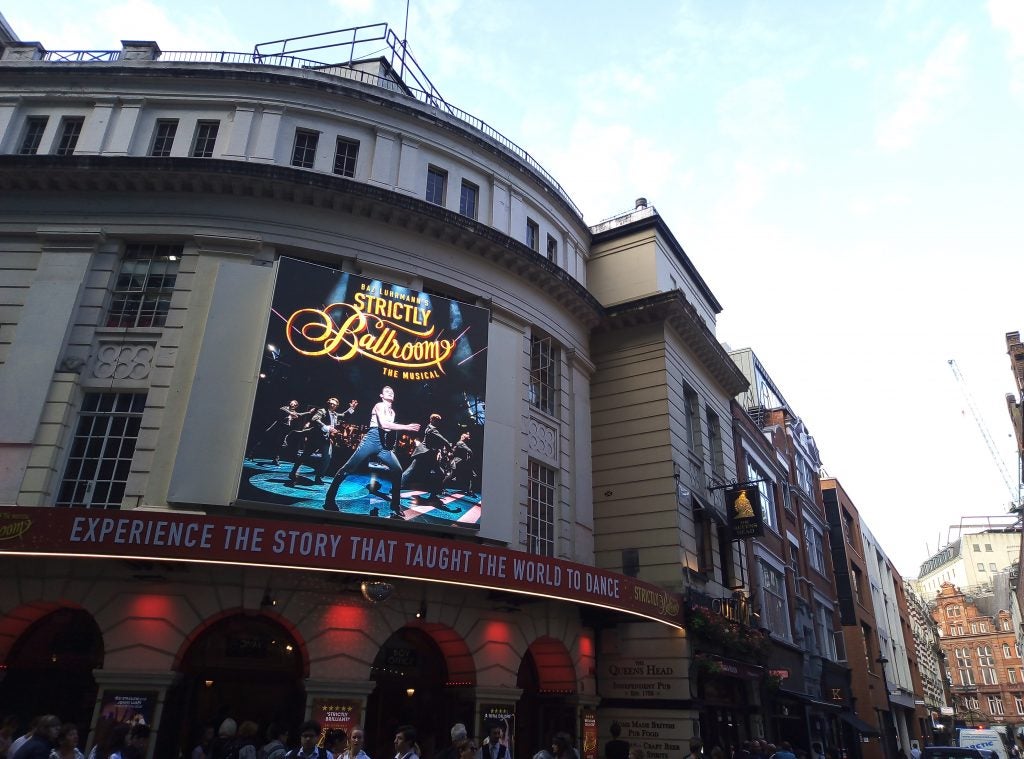 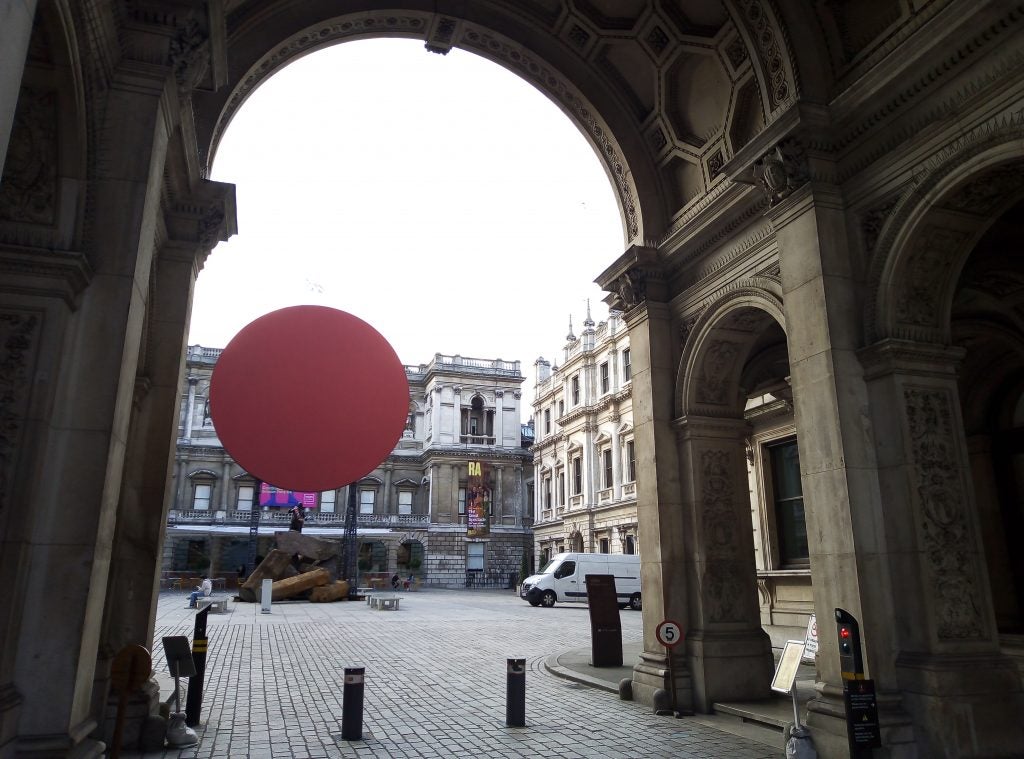 This is the reason we need Auto HDR: in reality the sky wasn’t white, but mostly blue 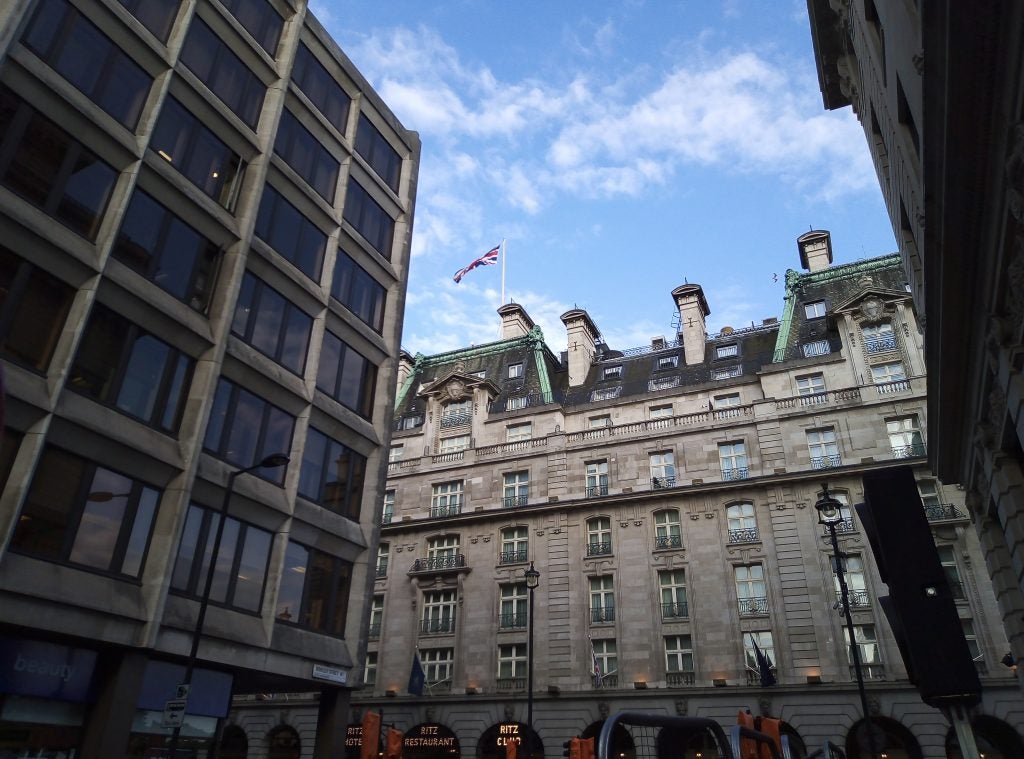 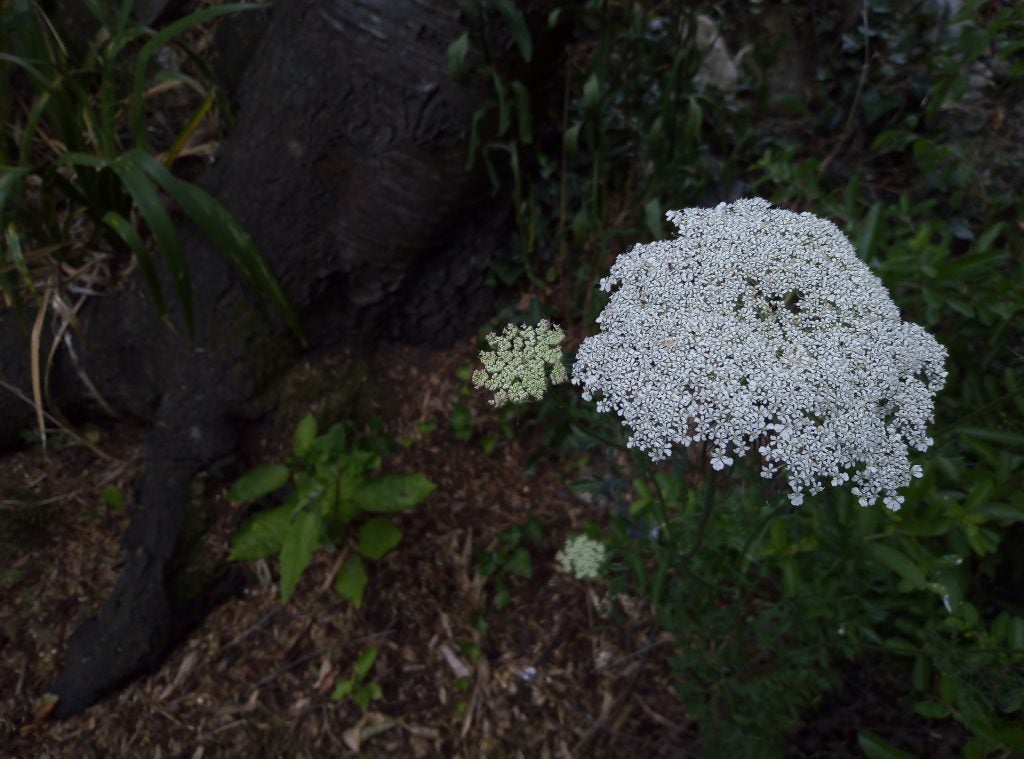 This shot is way too dark. It was taken on a bright afternoon

No £100 phone takes great photos in challenging situations, and once again the lingering problems come down to performance. A lot of the time you’ll want to take a photo on the spur of the moment, because you spot something worth shooting. The Honor 7S’s camera takes too long to initialise, and the speed of shooting is too variable.

Sometimes, there’s a good half-second to a second wait to shoot, but at other times the Honor 7S is pretty quick. And, occasionally, the shutter button doesn’t seem to respond at all, a “the lights are on but no-one’s home” moment.

It’s frustrating. So is waiting for several seconds to review the image you’ve just taken, which is another intermittent issue.

Like other aspects of the Honor 7S, the camera would be fine, for the price, if it was better optimised and quicker.

The front camera is passable, but tends to leave quite a lot of noise even in moderately well-lit selfies. Again, in the Honor 7S we don’t appear to benefit from the smart processing capabilities of pricier Honor handsets.

The Honor 7S has a 3020mAh battery, a solid capacity for a phone of this size and screen resolution. Sure enough, solid stamina is exactly what we get.

I have tended to be left with around 20% charge after a day that includes a bit of browsing, a few hours of audio streaming and some WhatsApp messaging.

It’s somewhat subject to the “bad performance” effect, though: you use your phone less because little interactions start to feel a slog. 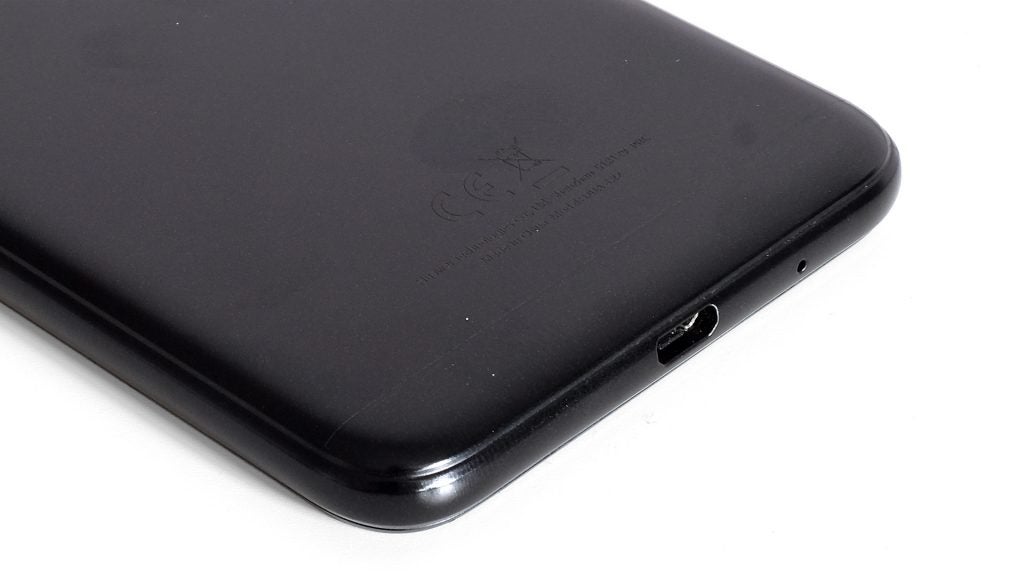 There’s no fast charging here. You might think this is because the Honor 7S has a micro-USB charge port rather than a USB-C, but this isn’t the case. Fast charging was around before USB-C. This phone takes more than two hours to recharge.

Both the Moto E5 and Moto G6 Play have much larger 4000mAh batteries, and the G6 Play has fast-charging capabilities too. Once again, the Motos have an advantage. 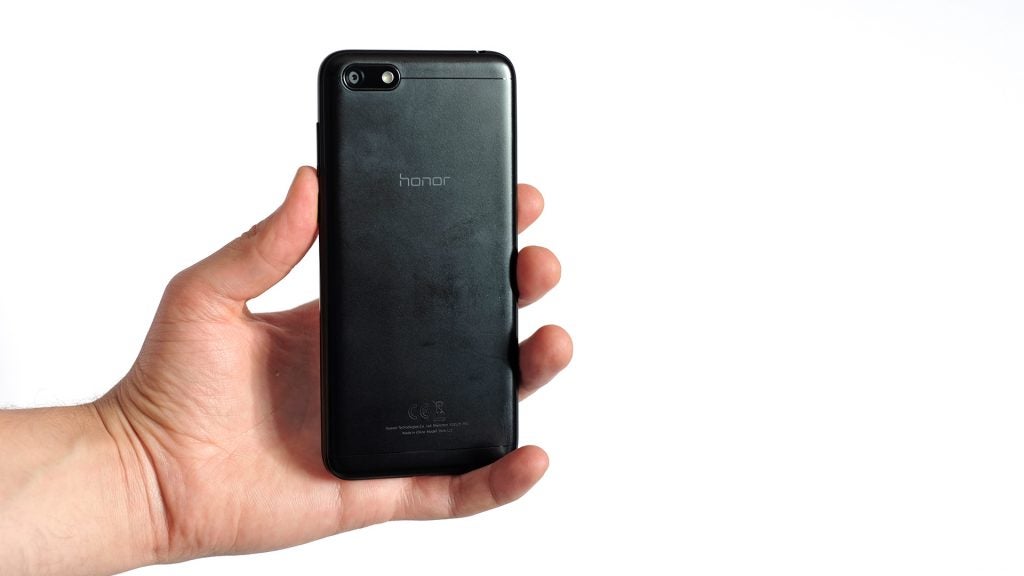 Why buy the Honor 7S?

Don’t buy the Honor 7S. It looks like, and should be, a good deal. However, dismal performance makes it a flat-out poor buy.

We can live with the lack of a fingerprint scanner, the lower-resolution screen and plastic shell. But when simple everyday tasks such as checking Facebook or loading WhatsApp to send a message end up being a chore, there’s a problem.

Skip this one and check out the Moto G6 Play, Moto G5 or the Honor 9 Lite instead. Some of these handsets cost significantly more, but you won’t regret the decision.

There is a chance that Honor will dramatically improve performance with software updates, but right we have no idea about the results.

A cheap phone that runs like an even cheaper one. One to avoid