What is the Honor 7S?

On paper, the Honor 7S is one of the most attractive affordable phones around. It’s slim, looks smart enough, has a 18:9 screen and costs less than £100.

It should be one of the best budget phones of 2018, but it isn’t. The Honor 7S is slow. Even moving from one part of Android to another feels leaden. 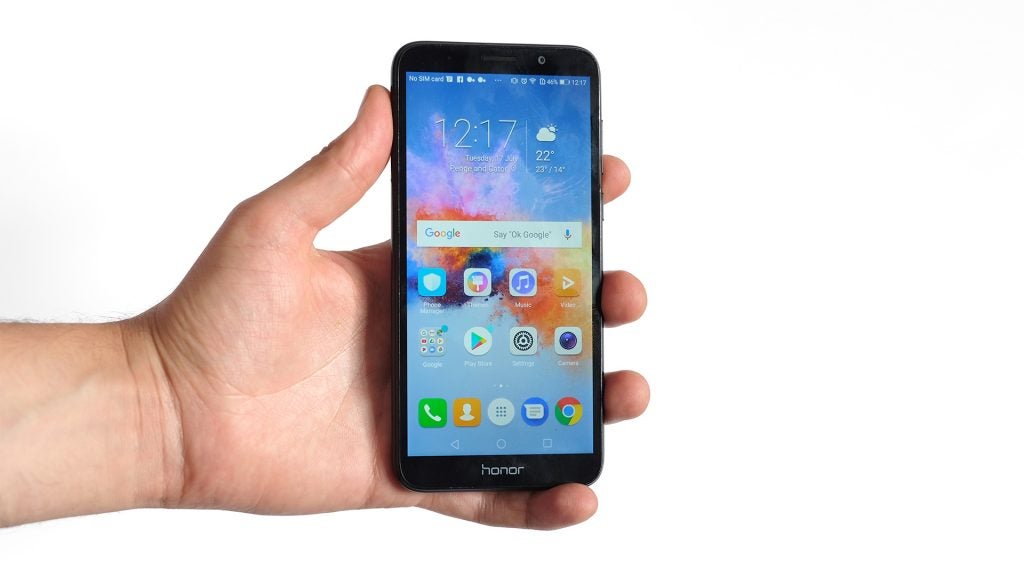 For those hankering after a metal and glass phone for not much money, an Honor device is your best bet. For example, the Honor 9 Lite has a glass rear and costs just £149.

Even Honor knows its limits, though. The Honor 7S is an all-plastic device, aside from the toughened glass on its front. It doesn’t feel particularly expensive, but at this price it doesn’t need to.

The handset is reasonably slim, light and easy to handle, however. It’s 8.3mm thick and weighs 142g, just slightly larger than an iPhone 8. 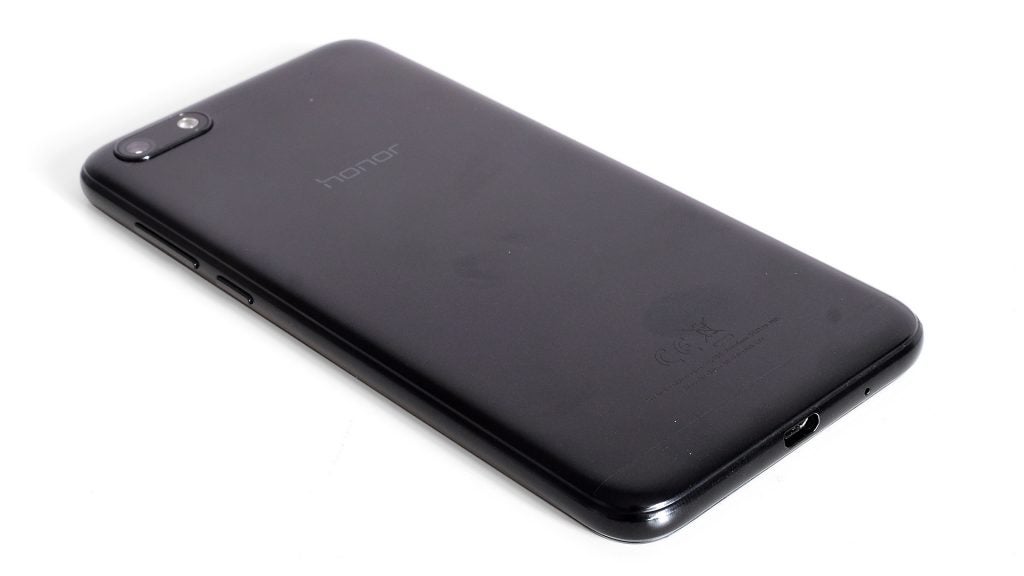 The device is available in blue, black and gold finishes but, in the UK at least, the black version is by far the most commonly sold. This phone doesn’t have bags of personality, but its use of an extra-tall 18:9 screen arguably gives it a more modern appearance than an iPhone 8.

That screen is its one notable hardware feature. There’s no fingerprint scanner, 16GB storage is just enough to get by, and there’s no water-resistance. The Honor 7S is too cheap a phone to make these additions feasible. However, I can think of several friends who would value saving £50 over having these extras.

Some people want a phone that just works, yet doesn’t appear too dated. If it weren’t for the Honor 7S’s performance issues, I wouldn’t hesitate to recommend this phone to such folk. 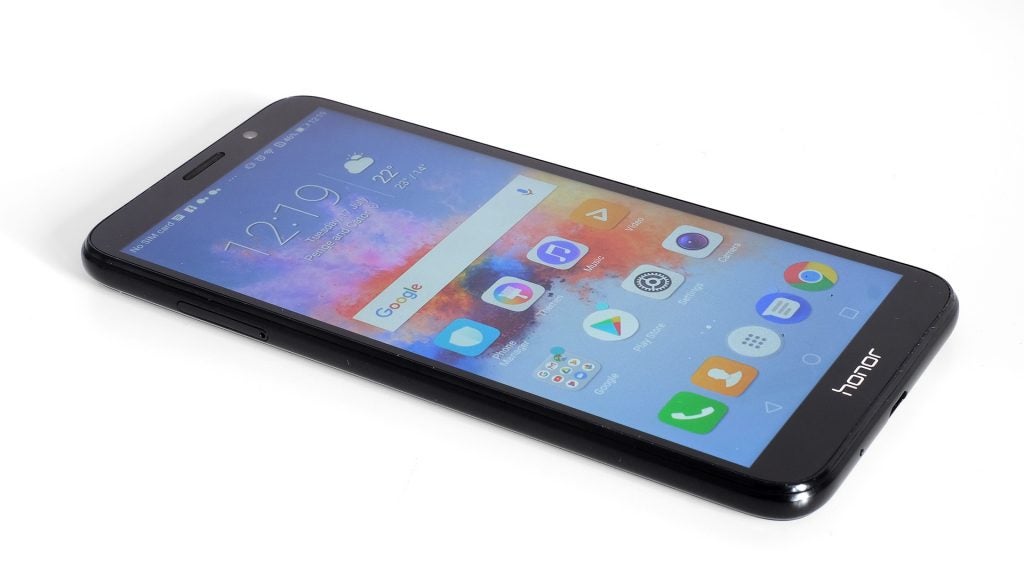 The Honor 7S has a 5.45-inch 18:9 LCD screen. This is roughly equivalent to a 5-inch 16:9 phone. It’s fairly small, but not so small that games and video look out of place on the display.

Resolution is the main corner that’s be cut. Like the Moto G6 Play, this is a 1440 x 720 pixel panel rather than a wide Full HD unit. And just like that phone, this lower resolution is surprisingly easy to get on with, even if you’ve experienced ultra-high-res phones in the past. 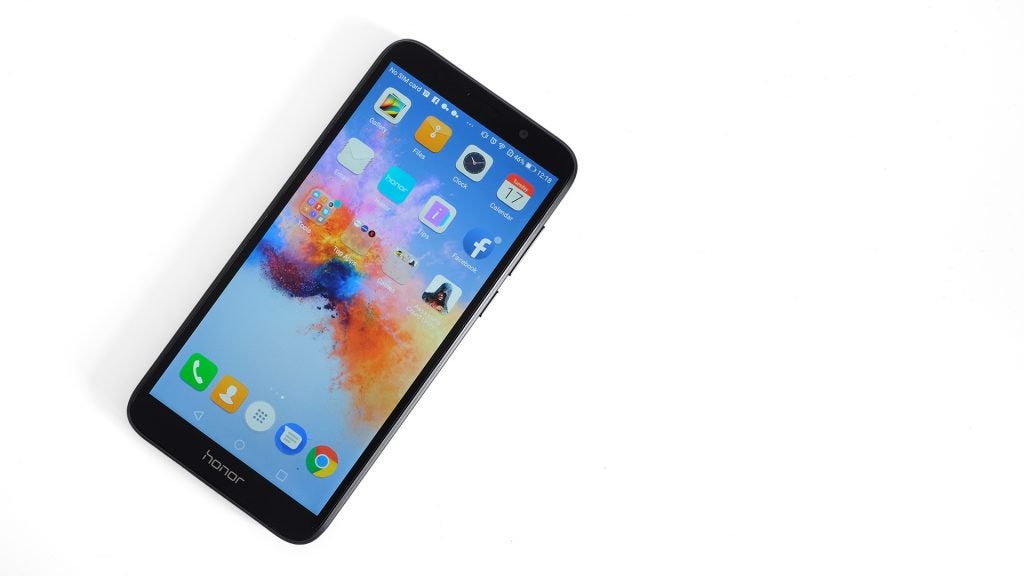 Colour saturation and contrast aren’t quite as hot as you’d see on a more expensive device, either. However, unless the Honor 7S will be a big cash-saving step down from your last phone, you’re unlikely to notice.

Maximum brightness is only good enough to make the Honor 7S bearably visible on a bright day. But you can still happily message away without squinting to see what you’re typing. You may need to give the screen a wipe first, though. This phone has a toughened glass top, but it isn’t Gorilla Glass. It’s more prone to fingerprint smears and grease marks than the Moto G6 Play.

Lots of little extras have been cut to lower the price, but this is no surprise when the Honor 7S is one of the cheapest 18:9 phones available.

Next
Performance, Camera and Verdict Review