What is the Honor 6 Plus?

Honor is the sister brand of ascending Chinese mobile phone manufacturer Huawei, and its new flagship phone, the Honor 6 Plus, is the brand’s first real statement of intent in the UK and Europe.

Honor has partnered with fellow disruptor brand Three Mobile in the UK to help its phones take hold in this new market. It’s a natural fit and shows that the Honor 6 Plus is aimed at people who want to try something new and a little different.

Armed with a host of respectable specs, including a Full HD (1080 x 1920) display, dual 8-megapixel cameras, an 8-megapixel front-facing camera, an octa-core processor the Honor 6 Plus justifiably attracts attention. But to really stand out, it needs to be something special and while it looks great on paper, how does it compare to the competition? 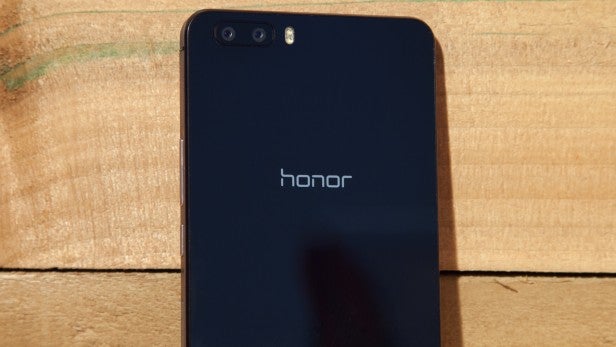 Honor claims that the rear shell of the Honor 6 Plus, which is made from a glass fibre, is as rugged as, if not actually tougher than a military helmet. We kid you not.

Now we wouldn’t recommend you take this phone into battle, or strap it to your bonce instead of wearing a crash helmet, but it does feel like a tough cookie as far as phones go. It’s noticeably hefty when you pick it up and if you run with it in your pocket, it makes it’s presence known. Whether it’s military grade is perhaps a subject for a 900ft drop-test video.

But despite being a chubber, strangers have stopped me to ask what phone I was using, so it definitely has some aesthetic appeal to go with its reported ruggedness. The phone is available in Black and White, as well as Gold in selected territories and we like the look of it. It clearly takes inspiration from the iPhone 5S, but with some nice unique touches such as the brushed metal side panels and textured volume rocker and power keys, along with the slightly iridescent dotted finish under the phone’s glass fibre back. 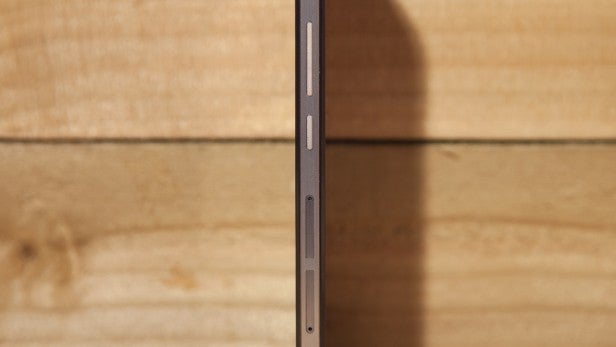 When people hear how cheap this phone is, they’re even more surprised they’ve never heard of it before. A few even said it will be the next phone they upgrade to after holding it and seeing some of its features – I’m not getting commission from Huawei, sadly.

The Honor 6 Plus isn’t quite as slick as the iPhone 6 or the Samsung S6 but it does have a microSD slot to expand its 16 or 32GB internal memory up to 128GB. This of course will mean you have to sacrifice one of the dual sim slots, but it’s a neat inclusion considering the phone’s humble internal storage options.

I’d say this is one of the nicest feeling and most solid phones we’ve had our hands on recently, if you’re looking for something attractive and tough, this isn’t a bad shout at all. 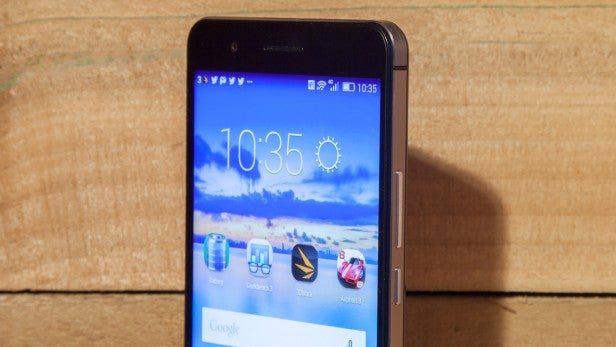 The large 5.5-inch screen on the Honor 6 Plus takes up the majority of the phone’s width, this is because the phone has a narrow 2.8mm bezel. It makes for a great viewing experience and keeps the phone at a respectable and manageable size. Just about.

We loved the Full HD screen on the Huawei P8 and wouldn’t be surprised if there’s a similar panel hiding inside the Honor 6 Plus. The quality of it is fantastic, especially considering the price. You may think we’re exaggerating here, but at a glance, the IPS LCD screen of the Honor 6 Plus looks comparable to that of the Quad HD Super AMOLED display in the Galaxy S6. The Honor flagship does a great job of keeping colours accurate and displaying crisp white tones. Considering it’s an LCD panel it also does a good job with black tones and shows very little light bleeding at all.

If you go into the display settings it’s possible to adjust the 6 Plus screen’s colour temperature along a slider between warm and cool. But we didn’t feel the need to make any tweaks as we were quite happy with the screen out of the box.

The screen is large, bright and sharp enough to make it useable in all lighting conditions whether reading or viewing videos.