Available on PC through Steam
If only all old classics aged as well as this. Homeworld Remastered Collection might have some extensive visual upgrades and some tweaks to the controls and gameplay, but the best thing about it is the underlying game. It brings Homeworld and Homeworld 2 into one superb retro remaster, and while this means it misses out the first game’s Cataclysm expansion, this still makes for a meaty single-player saga.

It’s not hard to see Homeworld’s roots in the ’90s real-time strategy boom, yet there’s also something oddly timeless about its epic take on deep-space, ship-to-ship combat; something awe-inspiring that hasn’t dimmed in the dozen years since the sequel launched. A few components might feel rusty or unwieldy, but it’s mostly a joy to play.

What begins with the desperate flight of a decimated people on board a vast mothership ends with the search for their original homeworld, then continues on to an attack by deep-space warlords and a quest to reunite three mysterious cores. It might sound like an Iain M Banks rewrite of Battlestar Galactica, but the Homeworld saga is epic stuff. 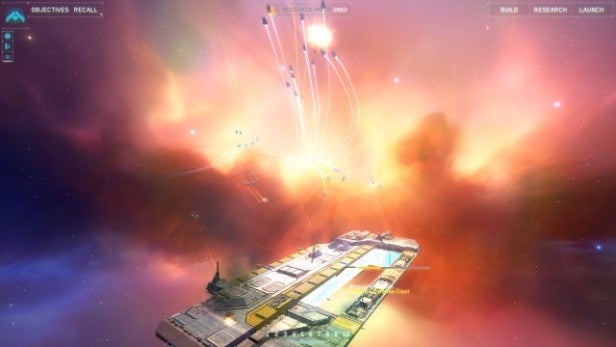 Both games see you marshalling a growing fleet of fighters, support craft and battleships through a series of encounters, tackling raiders, skirmishers and imperial armadas as you work to complete your next objective – or just survive. It’s interesting to note that while both Homeworlds run low on cut-scenes and talking-head interjections, the story they tell is still more absorbing than those in many more modern strategy games, partly because of the understated voicework and superb orchestral score, and partly because the narrative is part and parcel of the gameplay, not something thrown on top to chivvy you along.

Homeworld was one of the first RTS games to embrace a 3D world, though you’ll soon notice that, while ships are shown swooping downwards or soaring upwards, the actual strategy still takes place on a 2D plane. And while it doesn’t look like a traditional RTS, it still plays very much like one. Homeworld has the ’90s RTS preoccupation with harvesting resources, and you’ll still spend as much time building units and supplies within the Mothership, or researching upgrade trees, as you’ll spend commanding your fighters and frigates on the battlefield. 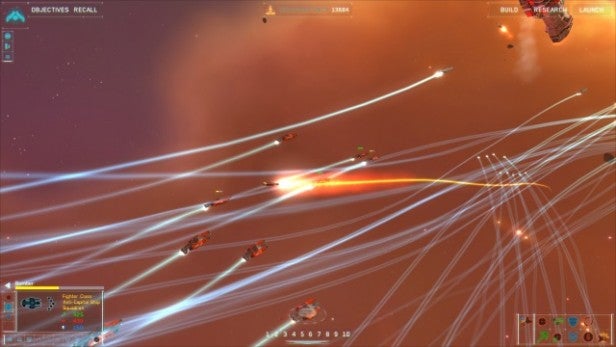 The 3D presentation is hard to get your head around at first, and it’s worth going through the tutorials just to familiarise yourself with the camera controls, so that you can focus in on individual ships or flicking quickly between battlefield events in a hurry. Even moving to and from the tactical map takes getting used to.

The original Homeworld has had its interface reworked to bring it in line with Homeworld 2, but the camera and UI are still where the game is at its clunkiest. You might get through without ever sending fighter squadrons off in the wrong direction or throwing resource collectors at an area without any resources, but it’s not hard to make such mistakes. What’s more, where you’d think the tactical map would snap to an intelligent, top-down view once engaged, it has a nasty habit of switching to some peculiarly unhelpful angle, making it almost tricky to see what you’re doing without a few adjustments.

That’s just part of the learning curve. Master the basics of camera control, movement and attacking and you’ll still face a bewildering range of ship formations and attack commands, all best controlled in the heat of battle using keyboard shortcuts. To play Homeworld: Remastered Collection is to venture back into an era when even mainstream blockbusters expected you to work a little for your fun. If your idea of strategy is Plants vs. Zombies, this might come as a shock. 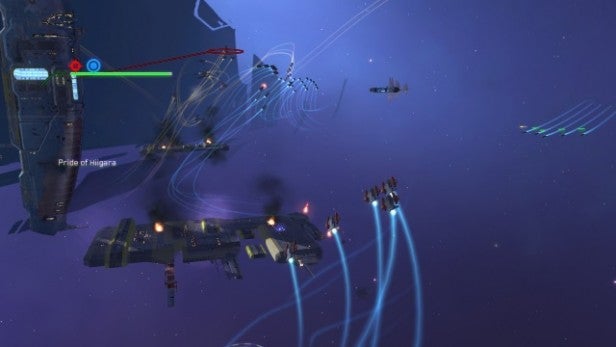 It’s worth the effort. Even now, there’s something magical about watching a new squad of fighters emerge from the mothership and speed towards the enemy, or taking a ringside seat as frigates duke it out, interceptors and corvettes battling around them as bombers swoop and dive in for the kill. Homeworld always delivered on scale, and video-game space opera simply doesn’t get any bigger or better.

Of course, it’s not all about the spectacle. Both Homeworld games play smart with their mission design, slowly piling on the complexity during each skirmish, and pushing you to build more, research more and use it all as intelligently as possible. Up to a point, things follow the familiar RTS rock-paper-scissors cycle, where each troop type trumps another type, but is vulnerable to something else.

Homeworld, however, mixes it up with specialised versions of the fighters, corvettes and frigates plus a rich technology tree. It’s delicately balanced and expertly paced, so that there are times when all-out assault pays out, and times when you need to build forces and react proportionately to multiple threats. The old lasso-everything-then-click-on-the-enemy routine still works occasionally, but not as frequently as you might like. 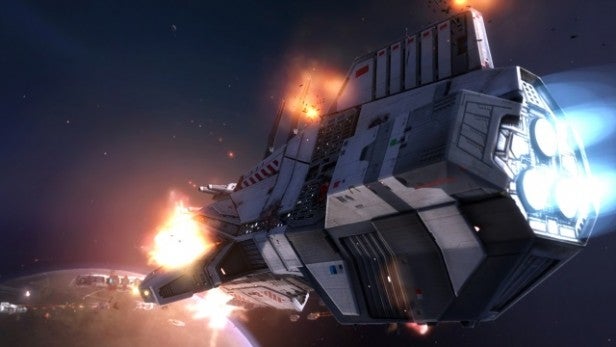 For the most part, Gearbox has done a great job of updating the Homeworld saga’s visuals, adding new textures, lighting and shading without compromising the appeal of the original designs, then giving you options for anti-aliasing and cinematic depth-of-field blur. The results frequently look stunning, particularly in the heat of battle and even more so in Homeworld 2, where more colourful skyboxes give all those fighter trails a more exciting canvas to paint on.

As they did on their original release, Homeworld and Homeworld 2 do something unexpected with deep-space combat: they make it look graceful.

Not everyone will be happy with some of the changes. In retrofitting Homeworld to make it consistent with Homeworld 2, Gearbox has rendered some units slightly less effective while compromising your control over fighter formations. If you favoured fighters over frigates and corvettes when playing the original, you’ll be disappointed by the way they play now. What’s more, fighters no longer have to fly to the mothership to refuel and rearm. That’s good news in that they spend more time in battle, but bad news in that, without good frigate support, they tend not to survive so long once deployed. 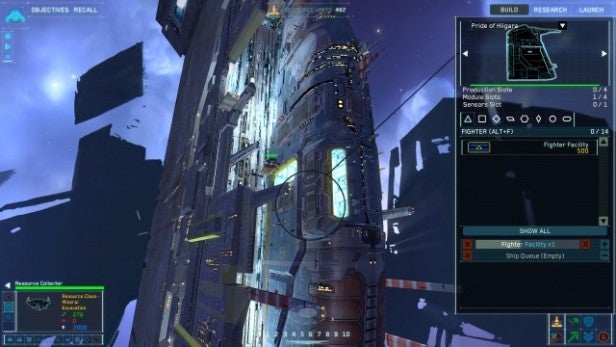 Old hands might rue these adjustments to Homeworld, but they’re adjustments that you can and will adapt to. The sequel, meanwhile, plays pretty much as it always does, while new players won’t notice any difference. We could quibble about the sometimes woeful resource collector AI, but even here there are ways to get around it. Let’s not pick holes for picking’s sake; these were magnificent games when they first arrived. Now, they’re magnificent once again.

Verdict
A classic sci-fi saga that’s stood the test of time. Thanks to a sympathetic visual update, the graphics look spectacular even by today’s high standards, while the well-balanced gameplay and excellent mission design haven’t dated much at all. Old fans might not like the way the original Homeworld has been fixed to reflect changes made for the sequel, but it’s great to see two legends not just return, but reaffirm what made them legendary in the first place.