There was a point whilst playing Homefront: The Revolution that I thought it might actually be getting good.

I’d opened up a good number of the game’s different zones and built myself some decent custom weapons, converting a battle rifle to a sniper rifle with a handy long-range scope. I’d also transformed a crossbow into a flamethrower, which was great for close-quarters fights against the nasty Norks (The Revolution’s dodgy epithet of choice).

I’d also worked my way around the game’s clumsy aiming and slow movement, and the worst of the poor frame rate issues seemed to be behind me. Maybe this Revolution isn’t so bad?

This is a game with some great ideas. It’s hampered by its bizarre and spectacularly unlikely premise, but does its best to make a North Korean occupation of America seem possible by altering history with a touch of xenophobic paranoia (if you find Homefront convincing, you might want to don your tin-foil hat and bin your smartphone).

The Revolution is at its best when it’s trying to simulate what things may be like under such a regime. It provides a glimpse of a population living in fear, or places you in scenarios where you have to blend in with the crowd and work covertly – rather than firing at the nearest KPA goons.

Related: The Story of Dambuster Studios and Homefront: The Revolution

I also love the way that you can see revolutionary fervour breaking out in the yellow zones, as you establish resistance bases and attack the enemy infrastructure. As people start to ask questions, and the level of crime rises, you can feel your efforts having an impact. 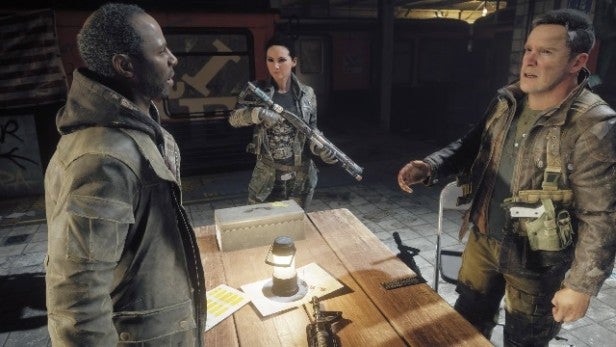 Most of this good stuff takes place in Philadelphia’s yellow zones, but plenty happens in the war-torn red zones too. There’s some fun to be had dodging traps and working your way along boards and up scaffolding to establish new resistance positions, and a real sense of tension when the drones and KPA airships get too near.

Riding around and performing stunts on the motorbike has its moments, and some of the skirmishes against the enemy are well conceived. A little annoying is the fact that many of the side-missions that crop up impose a time limit, where it’s barely possible to get where you need to be before it’s too late, but they add to the flavour of being part of an insurgent force.

Meanwhile, the weapon customisation system is arguably Dambuster Studios’ finest touch. Don’t like a gun? Turn it into something that you’ll want to use. A crossbow can become a flamethrower, which can then become a hard-hitting blunderbuss. Combine that with teddy bear incendiary devices and radio-controlled car bombs, and it isn’t hard to ramp up the mayhem when the need arises.

Each zone also has its own personality. One red zone might be a warren of rubble-strewn streets, another a nightmare of wider boulevards where airships, drones and snipers make it imperative to sneak your way through. Another still comes clad in poisonous dust.

One yellow zone feels like a ghetto, another a more pleasant neighbourhood where the regime’s collaborators try to live in peace with each other and their own troubled consciences. The green zone is both home to the city’s best architecture and heavily fortified, too, leaving you in no doubt that you’re facing your toughest challenge. 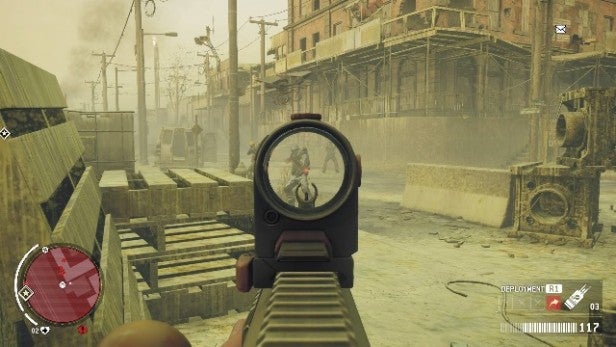 Yet it’s a killer combo of clumsiness and crassness that spoils Homefront: The Revolution.

Even following a couple of days of play, you’ll continue to come across things that surprise  – such as KPA troopers stuck glitching through the open door of a porta-toilet, or their unfortunate tendency to blast away at the wall next to a doorway rather than, say, you just through it. They’re hopeless shots when manoeuvring up stairs, yet Olympic sharpshooters when they’re 200m away behind a barricade with you having wandered in front of an open window.

Movement remains a problem. The jump-and-mantle manoeuvre works on occasion and sometimes doesn’t. Your walking speed is painful and sprint speed slow. If it weren’t for the enemy’s inability to search in dumpsters – even when you have the lid slightly ajar for a peak – you’d never get away with the regular acts of murder the game demands. The KPA might make great brutal enforcers, but police work isn’t their strong suit.

All this contributes to The Revolution’s biggest problem: the longer you play, the harder it becomes to care. Open-world shooters are by their nature repetitive – and The Revolution is far from the worst in this regard. However, most keep you going either through addictive feedback loops – the lure of more power or better gear – or through having a storyline that’s interesting enough to keep you engaged. The Revolution doesn’t really work on either count.

On the one hand, the combat grows stale and the side activities – a requirement in the yellow zones – grow more tiresome with repetition. On the other, the storyline becomes less involving, mostly because it’s hard to care about what you’re fighting for. Your comrades are either ludicrous or spectacularly unsympathetic, while the game’s attempts at exploring the morality of the conflict veer between clumsy and confused. 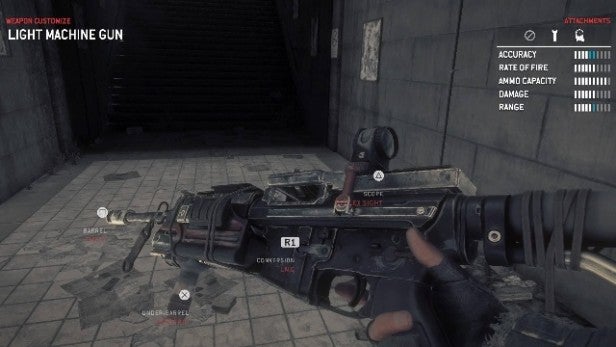 It’s difficult to say what’s worse: the stilted animation of the characters, the dialogue – or, in fact, the way it’s delivered. Either way, we’re deep in direct-to-DVD territory here. Worse, your comrades’ habit of loudly going through their plans while supposedly sneaking around undercover makes them seem laughably moronic. Are you listening, Mr KPA border officer? Would you like us to repeat our “top secret” plans while you jot them down?

Related: Shadow of the Beast review

A little hope comes from an unlikely quarter: the co-op multiplayer mode. Here you can create your own resistance fighter before teaming up with up to four comrades to fight across six missions, with more on the way through a season’s worth of paid-for DLC.

Perhaps it’s the more straightforward, focused nature of the missions, or maybe just that you’re working with other players, but the action seems to pick up a notch, making for a decent two hours or so of fun.

More difficult levels and the lure of unlockable customisation and equipment packs offer a little replay value, too, although much depends on who you end up playing with and whether they bother to revive you. If they don’t then there’s no timer to respawn yourself – bad idea.

It’s such details where Homefront: The Revolution falls. I’m still convinced that there’s a solid shooter buried somewhere in here, but does the world need another solid shooter? Maybe not.

Although a third-person game and online-focused, The Division offers up tighter action, a more convincing scenario, a stronger storyline and better co-op play. Far Cry 4 provides a richer and more varied open world – and it’s hard to say whether The Revolution’s cut-off zones even really count. Both games leave Homefront: The Revolution looking second-rate.

Homefront: The Revolution has a distinctive personality and some decent ideas – but overall, the execution is a mess. Cool weapon customisation options are no substitute for thrilling combat, while the element of exploration is spoilt by poor movement and controls. A storyline that already struggles for credibility isn’t helped by charmless characters and cringe-worthy dialogue, and visual glitches and poor AI only make the game feel unfinished.

The result? Homefront: The Revolution is a game with big ambitions that fails to hit the mark.