Hitman 2 is an iterative rework of the formula set up by 2016's bold Hitman reboot. It's the best Hitman game so far, and I'd absolutely recommend it wholeheartedly. It's just a bit of a shame that they didn't take some more chances, in favour of offering up a slice of the same excellent stealth gameplay.

Death has come in many forms: the barrel of a rifle, a barber’s razor, a tattoo gun, a faulty gas valve. Death has come for every one of 47’s targets, several of their guards, a few police officers and, ok, a couple of innocent bystanders too.

It hasn’t always been clean or efficient, but I’ve finished Hitman 2 over the course of the last week. This means that I’ve only just scratched the surface.

There are six new locations in the game, in addition to a reworked tutorial segment that is largely identical to the first game albeit with some minor alterations. In addition, every mission from the first game can be played in Hitman 2 via the game’s legacy pack, with the addition of the most recent game’s new bells and whistles.

Each of these locations is like an onion, inviting you to peel away at its layers. One map, which dumps you into American suburbia is a great example. at first glance you’ll see your targets fortified house, and the nearby security hub of his dedicated protection team. Look closer and you’ll see a mailman, garbage disposal guys, a cake business. Closer still, these picket fences and perfect lawns hide murder scenes, gossiping neighbours and even a drug lab, all just below the surface.

Each secret you massage out of a level can be used to take out your targets: a free muffin stand that no one can resist is perfect fodder to leave a poisoned treat for a target, or to disable a realtor. A collection of silenced weapons can be used to hunt you down, but you can turn it against your enemies or just break open the case to set off an alarm and create the perfect distraction as you introduce a screwdriver to the neck of your target.

Rather than focus on specific levels in the Legacy Pack, we’ll point you at our review of the original Hitman. The levels are just as good as they ever were, and the new additions are excellent: blending into the crowds in the Paris event mean you can get away with a lot more skullduggery, and being able to carry a sniper rifle in a suitcase to a sniper’s nest is a revolution for players of 2016’s Hitman.

The legacy pack means the complete story of the Hitman reboot is available for new and old players to trawl through. Better,  the levels from the original game are largely all killer, no filler. It’s only the hostile Colorado that really suffers in comparison, punishing you for curiosity, something the rest of the game tries to indulge as much as possible. 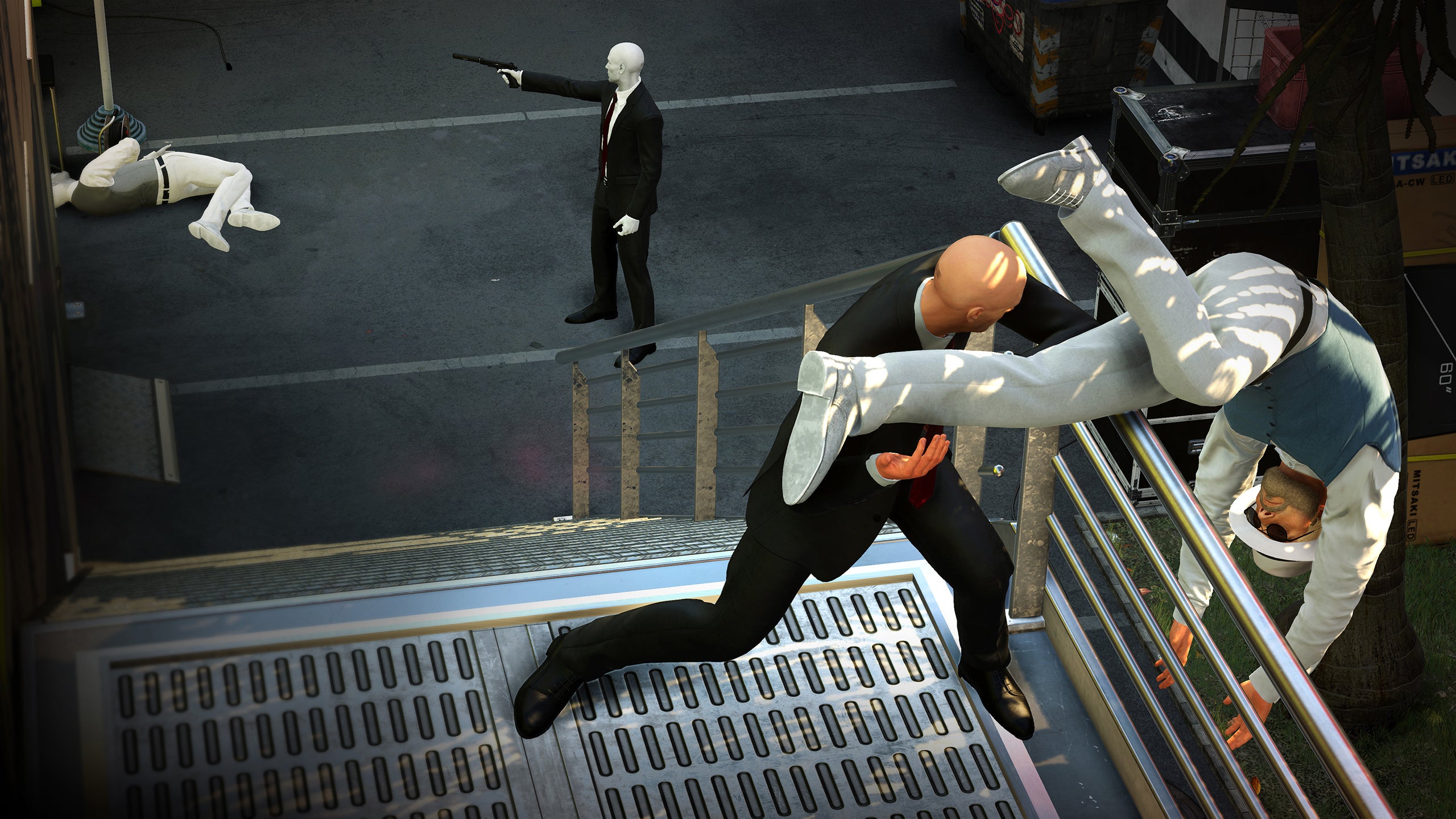 The second game’s levels maintain that quality, although I haven’t put the same level of play into them. They all still reward curiosity, barring this game’s last level, which takes place in a castle full of sprawling corridors and suspicious guards. IO Interactive have a mastery for building Hitman’s areas into densely packed killing grounds full of things that you can exploit or be hindered by, and with this latest release, they’ve cemented their position as best in class. These levels are intricate and deep, a feel like a snapshot of an existing world that you can dive into again and again like some sort of murderous Groundhog Day remake.

The game feels a little easier to play, which could be down to the refinements the team have made to the game’s UI, introducing features like a picture in picture mode that highlights exactly which body has been found, or the focus on assassination stories, opportunities that guide you by the hand into a variety of different situations. This could involve you dressing up in a giant bird costume to try and blackmail someone or helping a fellow assassin to take out your targets for you.

I’m not sure if the game being easier to play and enjoy is a negative, but I’m heavily leaning towards no: Hitman has long been a game that’s been simple to play but hard to master. Silent Assassin was often as complicated to pull off as a real hit, and i’m pleased to say — without having pulled off any real assassinations — that this seems to be the same. Death comes easily, but pulling out the vaunted Silent Assassin: coming in, snuffing your target and vanishing without being seen by anyone, is still as challenging as ever. 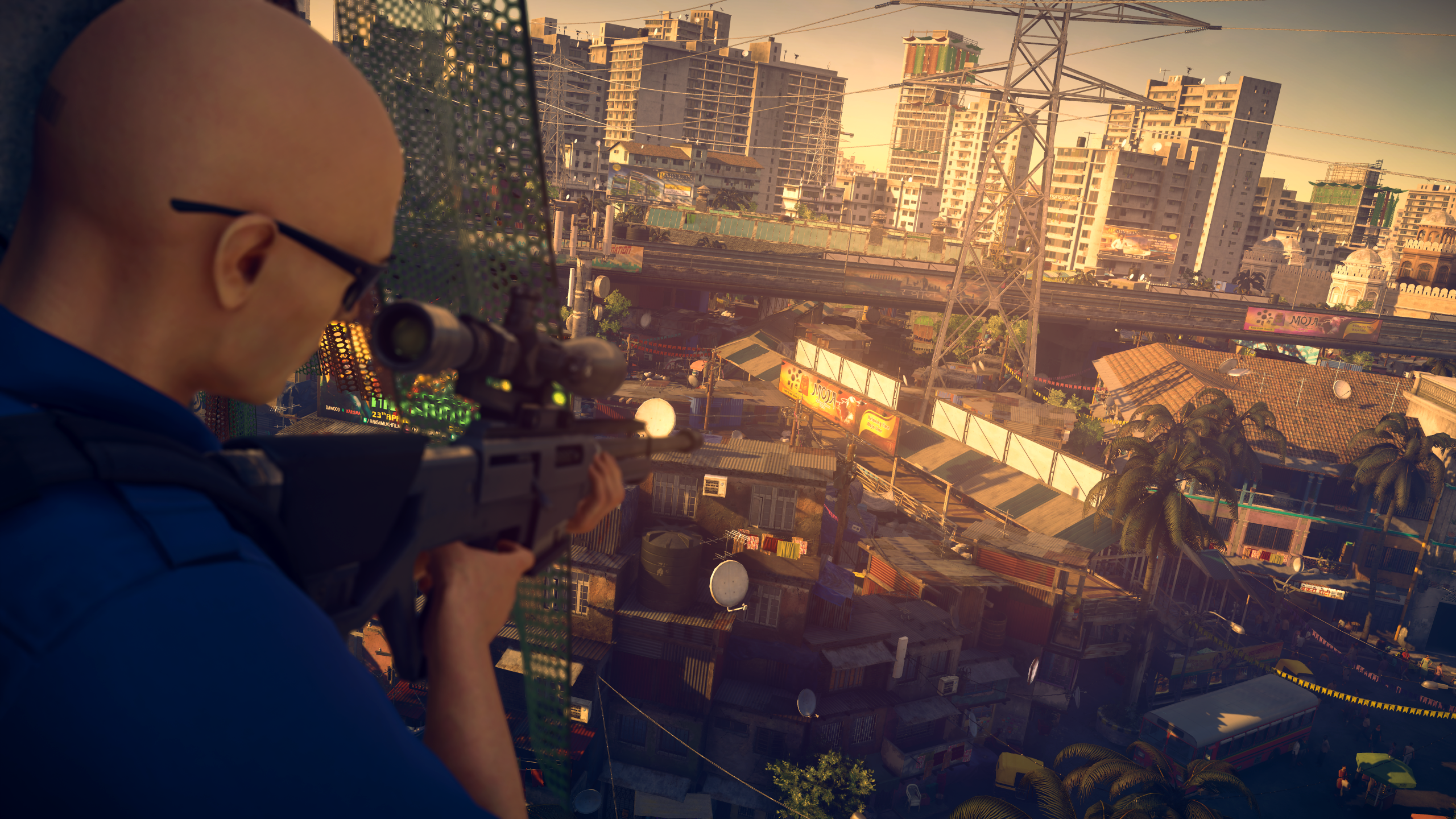 Hitman 2’s design here is iterative. You could be forgiven for thinking you were playing Hitman 2016 during the moment to moment gameplay, but the additions are thoughtful: the new gadgets are things that the game was screaming out for, while the new gameplay mechanics are either things that make sense like NPC’s being able to see things behind them if they’re looking at a mirror or even dispatching guards to your location if you commit a crime in front of a security camera, or things that empower the player like the picture in picture mode for conveying information, or the ability to blend into a crowd.

Another change is the shift of the cutscenes from fully animated to a selection of dynamic images. I’m not enthusiastic about the change, as it feels jarring, especially when you notice for the first time that no one’s mouth is moving as they chat.

Annoyingly, several of the gadgets in the game are just MK2 versions of gear you’re given in the original game, which means those replaying both of the levels will end up with duplicate gadgets. However, this is a necessary evil, as several of these items are essential, and locking away items like lockpicks or card scramblers only for those who are playing with the Legacy Pack would feel like it was unfairly funneling users towards that pack. 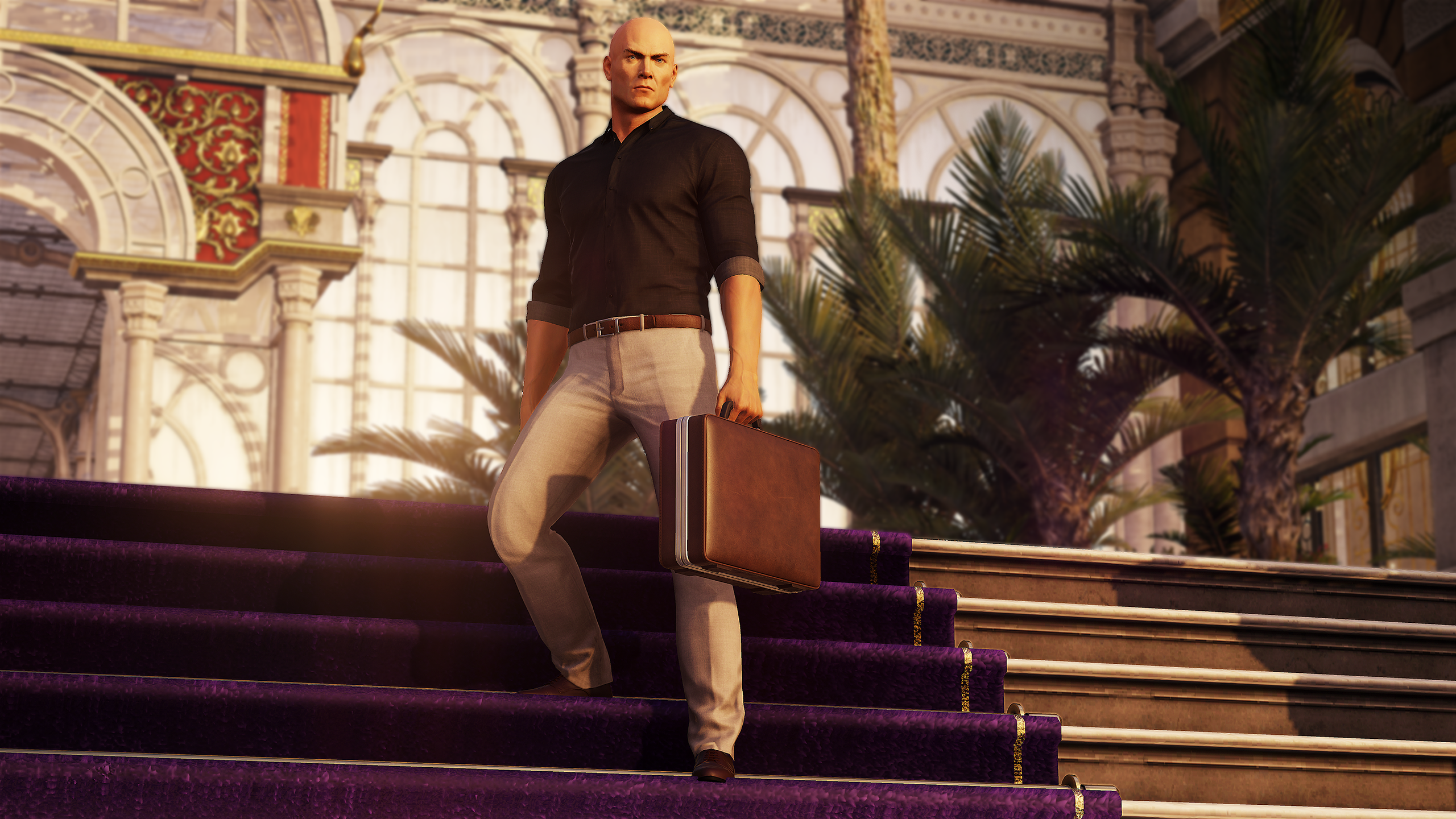 It’s fair to think that this was originally conceived as Hitman: Season 2, and although it’s now wearing the costume of a sequel, this is more of a rework than a bold reimagining. If anything, there’s actually not a lot here in terms of experimentation with form, in favour of a consistent experience that feels a little safer.

Notable additions are a fully featured Sniper Assassin mode reminiscent of the excellent Hitman mobile game, and a multiplayer Ghost Mode, that has you and another agent fighting to assassinate your targets in parallel universes, which has a lot of potential but isn’t yet fully fleshed out.

Hitman 2 is an iterative rework of the formula set up by 2016’s bold Hitman reboot. It’s the best Hitman game so far, and I’d absolutely recommend it wholeheartedly. It’s just a bit of a shame that they didn’t take some more chances, in favour of offering up a slice of the same excellent stealth gameplay.

At this early stage, before IO Interactive has dropped in the returning Elusive Targets, Escalation Contracts and bonus missions, it’s hard to see the full scope of Hitman 2. Right now, it’s more of the same, but that isn’t enough to deny it an enthusiastic recommendation.