Although we at TrustedReviews naturally love home cinema kit, we certainly do not like all the associated clutter and cable spaghetti that accompanies it. And if tech-heads like us hate it, we can only imagine how much it must upset ‘normal’ people. Especially if they or their other halves are particularly house proud.


Which is why we’re feeling so inclined right away to love Hitachi’s P50XR01. For this rather cleverly takes a high-spec full HD 50in plasma TV and tucks away, somewhere inside, a fully-fledged hard disk recording system, delivering all your TV and recording needs in one box. Neat.


Of course, while the P50XR01 removes the need for one extra box and cable, its 50in dimensions don’t exactly make it a shrinking living room violet. There’s no getting round the fact that it’s one big mother of a telly. But then anyone even thinking of buying a 50in screen is more likely to celebrate its size than dislike it, right?


Plus Hitachi has at least tried to make the P50XR01 reasonably attractive, thanks to the application of a neat combination of matt and gloss acrylic black in the TV’s bezel. 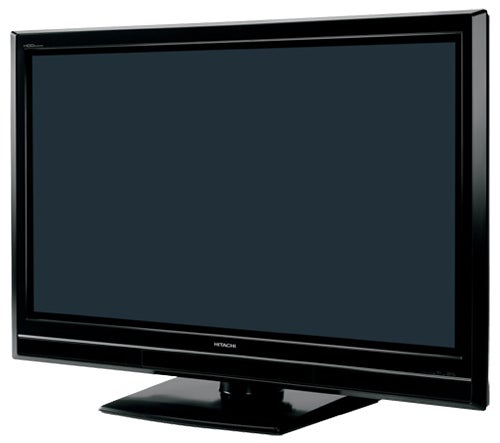 The set’s connections are very impressive, including three HDMIs all built to the v1.3 standard and therefore compatible with such tricks as automatic lip-synch correction and the Deep Colour system for enhanced picture quality. Of course, no commercial Deep Colour-encoded discs currently exist in the UK, but it’s nice to know the P50XR01 is ready for them should any film studio ever get their finger out and do some. Other connectivity options of note include a digital audio output, a D-Sub PC jack, plus SD card and USB slots for direct playback of JPEG images.


You might think that any HDD squeezed into a TV, even one as large as the P50XR01, wouldn’t have all that much memory to play with. But actually Hitachi has got no less than 250GB in there, which should be more than enough to cope with the demands of even the most dedicated TV addict.


To put some sort of number on this, even if you use the mid-quality ‘SP’ recording mode (there are actually another two, lower-quality, less memory-intensive options), you’ll be able to store up to 100 hours of TV recordings before you have to delete anything.


There are five recording quality modes in all, including one rather cryptically dubbed ‘TS’. It turns out that this one is arguably the most important, since it gets the P50XR01 to record the direct digital bitstream being received via the TV’s built-in Freeview digital tuner. This should result in recordings that look indistinguishable from the original broadcasts.

Other key functionality associated with the TV’s HDD recording feature includes the provision of two digital tuners so you can record one digital channel while watching another, and the abilities to pause and ‘chase’ live TV. Plus, of course, you can set recordings using the Freeview 7-day electronic programme guide.


However, we were a bit disappointed to find that despite having a built-in HDD and twin Freeview tuners, the P50XR01 is not a fully fledged ‘Freeview Playback’ TV. It lacks some of the user system sophistication and, sadly, the Series Link functionality that Freeview Playback brings to the table. Incidentally, we’ll be reviewing the UK’s first proper Freeview Playback TV, the LG 42LT75, in the near future. So watch this space.


Despite not having all the Freeview Playback bells and whistles, though, the recording system certainly isn’t difficult to use, thanks in particular to a well-designed remote control and some well organised onscreen menus. It could be argued that some of the features within these menus are a bit techie for your average consumer. But if you’re a technophobe, just follow the basic rule of only touching features you understand, and you should be OK! 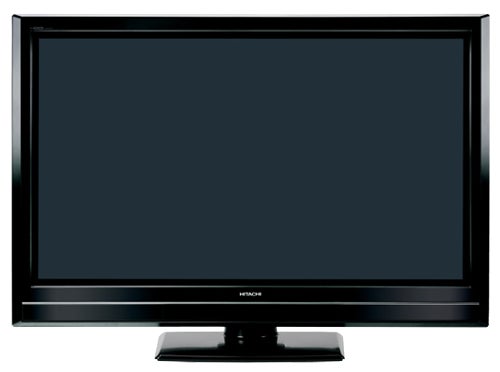 After Hitachi’s rather feature-lite L42VP01 LCD TV we looked at a couple of weeks back, it’s nice to find the P50XR01 sporting some pretty heavy-duty image processing. The most significant element of this is Hitachi’s proprietary Picture Master HD system, which includes 16-bit colour recognition for more authentic skin tones and greater surface definition; a ‘twin dynamic enhancer’ that improves the reproduction of shiny image elements like, let’s say, Christmas baubles; and noise reduction routines focussing on removing background fuzz.


One other potentially key processing element is Hitachi’s new Movie FRC system. The FRC bit stands for Frame Rate Conversion, which gives you a clue to the fact that it’s designed to do a better job of converting film sources, with their original 24fps frame rate, into something a TV can show.


Of course, any TV that claims 1080p/24fps compatibility will apply some sort of processing to such sources before showing them. But whereas most TVs simply use a frame repetition process to convert 24fps footage into 50Hz or 60Hz, the P50XR01 actually follows the trajectory of any movement in a frame and inserts new frames calculated to ‘fill in the picture gap’ between one original 24fps frame and the next. This should, in theory, do away with the common judder problem that TVs can suffer when showing 1080p/24 sources.

As a recording device, the P50XR01 turns out to be really rather good. As we’d anticipated, for instance, recordings of the digital tuner are absolutely indistinguishable from the original picture. But recordings of the analogue tuner or external sources like a Sky digibox also look very good using the TV’s high-quality XP storage mode, with practically no extra noise and only a little extra softness to reveal that you’re watching a recording.


The mid-level SP mode, meanwhile, also delivers extremely watchable pictures (way better than anything you’d have got from a VCR), with only the bottom two image settings being best avoided.


Sadly the P50XR01’s screen doesn’t quite have the picture quality necessary to do its recordings full justice, thanks to two key problems:


First, black levels just aren’t in the same league as those now found on many rival plasma brands, especially TVs from Panasonic, Samsung and Pioneer. The shots of space on the galaxy map while putting in yet another multi-hour stint on the Xbox 360’s ”Mass Effect”, for instance, carries traces of that familiar grey misting problem that always gives away TVs with contrast issues. 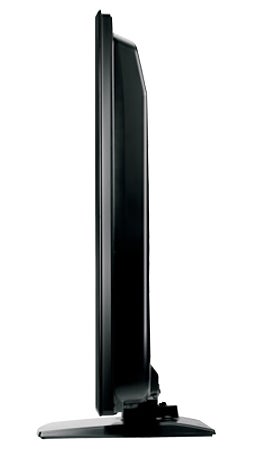 Problem two concerns the P50XR01’s colours, since they just don’t look as natural as we’d expect. Reds look distinctly orange, and dark scenes seem to have a slightly green undertone to them. Both these problems were once very common in the plasma world, but we don’t really expect to see them so obviously these days.


This isn’t to say the P50XR01 is an unmitigated disaster. For a start, its Picture Master HD system does a superb job of keeping video noise out of sight while watching all but the very lowest quality sources. High definition sources look completely pristine from start to finish (with the screen’s 1,920 x 1,080 resolution doubtless helping out too), but even standard definition pictures survive the journey up to 50in surprisingly well.


Picture Master HD’s colour processing element, meanwhile, might not overcome the orangey reds and dominant greens, but it certainly does allow for some terrifically subtle colour blends and remarkably nuanced shadow detailing. If you’re one of those people who doubts that plasma is as comfortable with the smaller things in life as LCD, this P50XR01 will put you straight in no uncertain terms.

More good news comes courtesy of the Movie FRC system, as motion across the screen really does appear exceptionally fluid and sharp. What’s more, the processing is even up to handling different speeds of ‘scrolling’, as seen when foreground objects cross the screen more slowly than background ones during extreme-depth camera pans.


Achieving all this with apparently no nasty side effects is an accomplishment that should stand Hitachi in good stead with future flat TVs – provided it can iron out its black level and colour problems, that is! 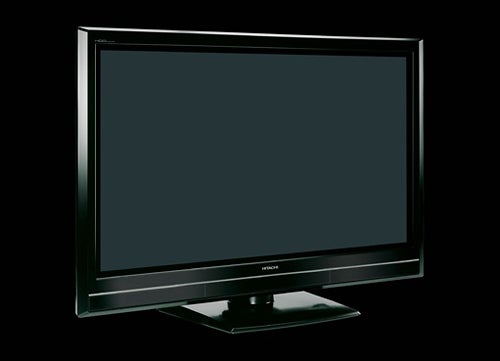 The P50XR01’s soundstage is generally very good, with effects getting dispersed far and wide, and action scenes benefiting from a surprising amount of bass by flat TV standards. On the downside, dialogue can get a bit crushed during really full-on action scenes, and the thankfully optional SRS Wide mode is excruciatingly awful. But overall the P50XR01 at least delivers a sound performance big enough to match the 50in pictures.


The P50XR01 is a really great idea that has, for the most part, been very well executed. It’s surprisingly affordable, too. However, the fact that it doesn’t quite go the whole Freeview Playback hog and has a couple of disappointingly old-school picture flaws, stops it short of true telly greatness.