Few plasma brands have managed to combine budget prices with good performance levels as successfully as Hitachi. So it’s no surprise that it’s one of the ‘big three’ (along with Pioneer and Panasonic) currently involved in a major joint campaign to convince the public that when it comes to home cinema, plasma rather than LCD is the way to go. Shame, then, that Hitachi’s latest plasma offering, the 50in P50T01U, doesn’t do a better job of backing the pro-plasma arguments up.


Aesthetically it’s a decent looker, going for a matt black bezel rather than the common high gloss, and offsetting this with a tasteful and subtle tapered silver outer trim. It’s a nice touch about the design, too, that you can rotate the TV on its desktop stand via the remote control – handy in living rooms with multiple seating positions. 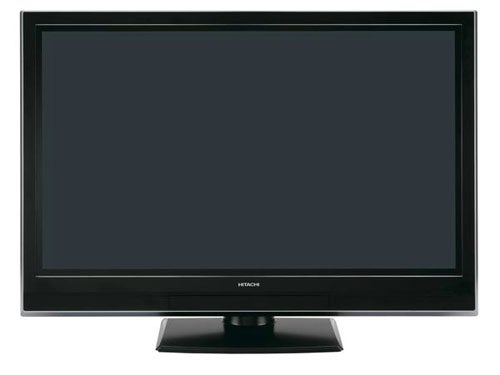 The P50T01U’s connections are mostly impressive, too. The two HDMIs and single component video input might only be par for the course, but you also get three Scarts, a digital audio output for passing on multi-channel audio received through the HDMIs, a CAM slot that reveals that the TV has a built-in digital tuner, and two options for the direct playback of digital photographs: a USB port and an SD card slot. Our only connection quibble is that there’s no dedicated D-Sub PC port, leaving you having to use one of the HDMIs for computer connection.


The generally good first impressions continue with the P50T01U’s specifications, as we find a sky-high contrast ratio claim of 10000:1, compatibility with the 1080p/50/60 formats via the HDMIs (though the 1080p/24 format about to be offered by one or two high end, high definition disc players is not an option), and a high native resolution of 1,280 x 1,080. 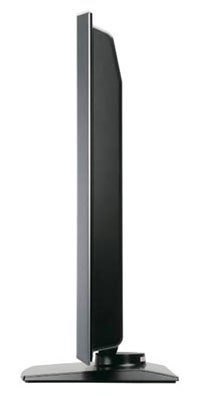 You don’t have to be a rocket scientist to figure out that this resolution does not correspond to the P50T01U’s clearly 16:9 widescreen aspect ratio. But the key to this apparent conundrum is the panel’s use of Hitachi’s Alternate Lighting of Surfaces (ALIS) technology.

As briefly as possible, ALiS panels share an electrode strip between two lines of cells rather than having one electrode strip for each pixel line. The shared electrode alternates between its two cell lines thousands of times per second so that only half the panel’s pixel lines are turned on at any given instant. Less screen “real estate” is thus taken up by electrode strips leaving enough space to illuminate a greater phosphor area, resulting in the 1080-line claims.


Clever though ALIS sounds on paper, though, one or two recent ALIS screens from Fujitsu (which co-developed the technology with Hitachi) have started to raise concerns over the technology’s performance credentials – and these concerns are rather borne out by the P50T01U’s pictures, as we’ll see later.


As if all the features covered so far weren’t enough, the P50T01U also carries options aplenty in its onscreen menus, right down to such esoteric stuff as line and colour transient improvement on/off, and Comb Filter on/off. 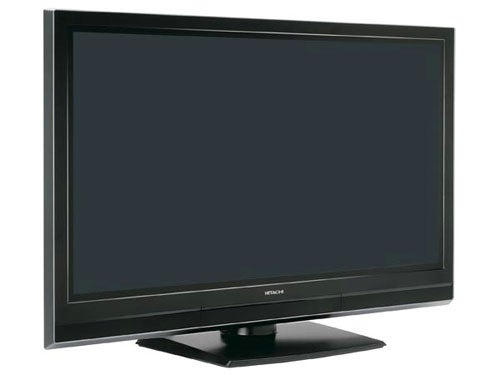 It’s actually questionable whether all of the options provided really need putting in the user domain rather than just being handled automatically by the TV, but we guess we’re ultimately all in favour of choice provided you’re technically aware enough to handle what’s on offer.


And actually, this colour management tool seems to work exceptionally well, as the P50T01U’s most obvious performance claim to fame is that it produces some of the most accurate and natural colours we’ve ever seen on a flat TV. The skin tones, for instance, shown by many LCD TVs look like poor waxwork imitations vs. those of this Hitachi.

The detail part of the Picture Master system also earns its keep, displaying high definition pictures with a sharpness and clarity that’s as good as anything we’ve seen from a plasma screen. Standard definition images, too, look crisper than is common on a TV this large.


But from here on in we get to the various picture problems we hinted at earlier, some of which we really do feel could be down to the ALIS system.


The most upsetting shortcoming occurs with the P50T01U’s black levels, which look surprisingly washed out compared with the dynamic efforts now being delivered by the latest plasma offerings from Panasonic, Samsung and Pioneer. The scenes on the surface of the comet (asteroid surely – ed.) in Armageddon (yes, I love Armageddon, so there) seem to be played out against a backdrop of gentle grey mist rather than the expected blackness and endless scale of outer space.


To be fair many LCD screens fare far worse in this respect, but the Hitachi certainly disappoints against a number of plasma rivals – and this contrast issue is definitely one of the image features that we’re starting to associate with ALIS. 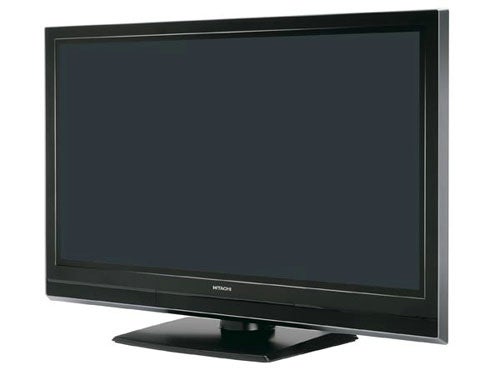 Another is a rather muted look to colours. We said before that the P50T01U’s colour toning is very good, and so it is; but at the same time the picture just doesn’t enjoy the same dynamism that we’re accustomed to seeing from the best plasma and especially LCD TVs out there.


Also very disappointing is the P50T01U’s susceptibility to one of plasma technology’s oldest problems: fizzing noise over horizontal motion. This can be particularly clearly seen over skin tones, such as those on show during the tracking shots across close-ups of the key characters at the start of The Fellowship of the Ring. It affects standard definition more than high definition, but HD certainly isn’t immune.


Another issue affecting standard definition is noise, with many digital tuner broadcasts looking rather ‘alive’ with subtle dot crawl.


With its extravagant feature count, glamour-puss looks, reams of connections and really quite astonishingly low £1120 price, we really, really wanted to like Hitachi’s P50T01U. But while it’s probably just about worth considering if you’re really obsessed with getting the maximum screen size return for your buck, if it was our money we’d be trying to save a bit more to step up to something rather better. And our message for Hitachi would be that maybe just maybe it’s time to kiss ALIS good night…