Although Hitachi has long been first and foremost a plasma supporter, it’s made some very nice LCD TVs in the past. So here’s hoping the new 37in L37X01 can continue the trend – especially as the X in its name shows it to be a member of Hitachi’s top-end LCD series.


Aesthetically it’s reasonably opulent looking, thanks to the way a very glossy black finish is applied to an unusually robust chassis. It’s a shame, though, that there aren’t a few more curves and flourishes to make it stand out from the crowd more. Plus it’s worth noting in these slender-obsessed times that the L37X01’s rear end sticks out rather a long way by today’s LCD standards. Helping make this relatively big butt more palatable, though, is the fact that the screen sits on a powered swivel stand controllable via remote.


Connectivity is really quite outstanding. Three HDMIs lead the way (two on the rear and one down the side), along with the inevitable component video input to secure the TV HD Ready status. Plus you get all the usual standard-def video options (including three SCARTs), a subwoofer line-out, a digital audio output and, very unusually, both a USB input and an SD card slot. As you’d expect, the idea behind both of these latter jacks is that you can watch your digital photos directly from a USB-connected camera, a USB storage device, or an SD or MMC card.

It’s worth noting about the HDMIs, too, that they’re v1.3 affairs compatible with all the potential extra functionality the v1.3 spec makes possible (Deep Colour, auto lip synch correction etc). What’s more, the TV can also use the HDMIs to receive the 1080p/24fps video format increasingly finding favour since it became the standard format for mastering films to HD discs.


Before we start delving into the L37X01’s onscreen menus, it’s worth running a few of the screen’s claimed specifications by you, as they mostly make for pretty impressive reading. For instance, the native panel resolution is a ‘full HD’ 1,920 x 1,080, while contrast is quoted at a very respectable 8,000:1 using a dynamic contrast system which dims the backlight output when dark scenes are detected. The panel’s ‘native’ contrast ratio is stated to be a rather more modest 900:1, but this is more or less in line with similar native figures quoted by the few brands honest enough to provide them.


Brightness is higher than is customary at 530cd/m2 too, and the panel design employs In-Plane Switching technology to deliver a wider genuine viewing angle. Last but not least the set proudly carries the full iteration of Hitachi’s latest image processing suite. Which is to say it’s got the Picture Master Full HD system, and something called Movie Frame Rate Conversion (Movie FRC).


Movie FRC, meanwhile, adds extra frames to the image to avoid LCD’s common problems with motion judder and the loss of resolution over moving objects. It differs from straight ‘3:2′ pulldown techniques and the like, because it doesn’t just repeat a particular frame one or more times, but actually creates a whole new ‘mid-point’ image based on the data contained in the real frames either side of it.


Heading into the TV’s onscreen menus uncovers all manner of fine-tuning options. Among the more unusual tweaks available are separate chroma, MPEG and luminance noise reduction tools; the facility to turn the dynamic backlight system on or off; manual backlight adjustment; and even options for adjusting the line and colour transients, so as to improve line and colour sharpness. 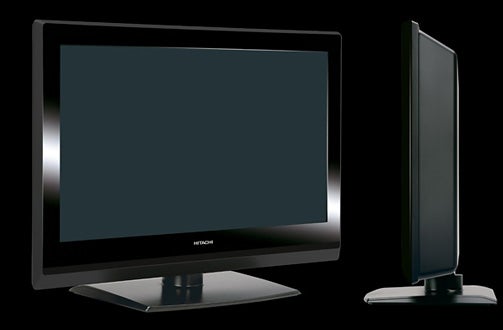 Further colour management is possible with adjustments to the red, green, blue, yellow, cyan and magenta elements of the picture, while for audio you’ve got access to SRS soundstage processing, TruBass for boosting the low frequencies, BBE processing for a more natural tone, and a Focus mode for enhancing dialogue clarity.


One final key picture option available that we’ve deliberately left until the very end is Smooth Movie. This applies slightly different versions of the Movie FRC system to the picture – and the way you use it can have far-reaching consequences for the quality of the L37X01’s pictures.


While watching a 1080i broadcast picture, for instance – Steven Spielberg’s ”Munich”, on Sky HD, as it happens – the ‘Smooth 1′ option certainly smoothed motion out, but also caused fairly regular occurrences of processing ‘glitching’. Yet a different Smooth Movie mode called ‘Original’ left things looking a bit stuttery. But the Smooth 2 mode seemed to do the trick, making everything silky smooth without causing very many overt moments of processing distraction.


While watching 1080p/24fps feeds, however, I generally found the Original or Smooth 1 option to work the best, and personally found the positive benefits of the extra motion clarity outweighing the occasional glitch. That said, if you really can’t see past the glitches, Hitachi has included the facility to turn the Smooth Movie feature off entirely – and even if you take this option motion doesn’t look too messy.

The L37X01 also reproduces all the fine detail and clarity in an HD picture without succumbing to noise or the common tendency to overcook edges. Plus it shows uncommon subtlety when it comes to colours, with totally smooth blends and unusually natural tones. You might initially think the L37X01’s colours are a little muted in fact, but trust us when we say they’re actually just doing a better job of reflecting the real world we live in than many LCD rivals.


Yet another string to the L37X01’s bow concerns its standard definition playback, which contains less noise and more sharpness and fine detail than the standard-def performance of practically any other full HD TV we can think of. 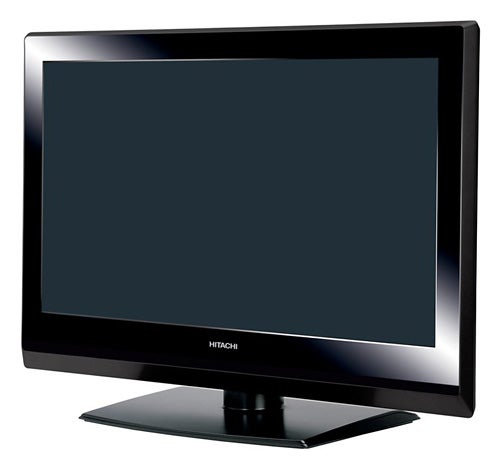 It’s a damn shame, then, that so much positive work by the L37X01 is spoiled by a single, but rather glaring flaw: average black levels. It’s still common, of course, for LCD TVs to suffer with some greyness or cloudiness over dark parts of the picture. But the L37X01 suffers from this more than most, or at least most premium LCD TVs. This means that dark scenes can be left looking rather flat, as well as suffering the occasional off-message colour tone.


The L37X01’s sound, meanwhile, is solid rather than outstanding. Voices always sound clear and reasonably rich, and treble effects are rendered with plenty of vigour but without harshness. There’s even a little bit of bass around. But a general lack of power means the soundstage can’t open up particularly well to accommodate action scenes, leaving them sounding a little thin.


The L37X01 shows signs of real quality, especially in the image processing department. And it’s not a bad price either considering everything it offers. But Hitachi definitely needs to work on its black levels if it really wants to get our attention.