The Hitachi 75HL16T64U is a 4K-resolution, 75-inch television that supports HDR playback. Yet it costs just £1499 – which is, arguably, all you need to know about it. Is there a catch? Well yes: it can’t really handle HDR at all. Still, it’s cheap for a TV so large. 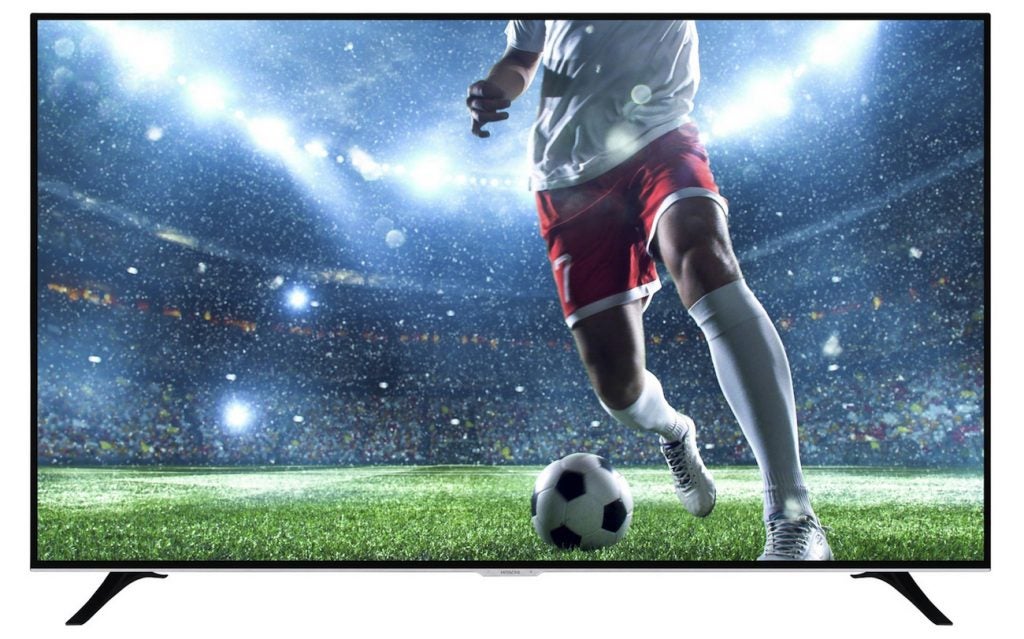 One of the AV world’s biggest mysteries is how much more impact the step up from 65 to 75 inches has on your room versus the step up from 55 to 65 inches. So while the 75HL16T64U hits the spot if you’re after a home cinema experience, it isn’t so great if you want people to admire your interior design rather than your TV.

The 75HL16T64U’s looks are best described as rudimentary. The chunky look of its frame is exacerbated by its dark colour scheme, while its desktop feet are more functional than glamorous.

At first glance it seems you’ll struggle to wall-mount it, too, since its rear has four carry handles. Fortunately, these handles screw off for anyone brave enough to want to try hanging such a huge screen.

While the 75HL16T64U isn’t particularly pretty, it is at least well built for such an extraordinarily cheap TV. The screen frame’s metallic finish helps sell the build quality, too.

The 75HL16T64U’s remote control, by comparison, is a lightweight, plasticky affair. It’s pretty cluttered, too. Its buttons are at least reasonably ergonomically laid out, and the way it curves in towards its centre makes it more comfortable to hold.

The remote’s design, together with the on-screen menus system and smart engine, suggests that the TV has quite a bit of shared heritage with Turkish manufacturer Vestel. All the contacts I’ve been dealing with in organising this review have worked for Hitachi’s EU operation, however, so hopefully the brand’s engineers have had plenty of say in how the 75HL16T64U has turned out. 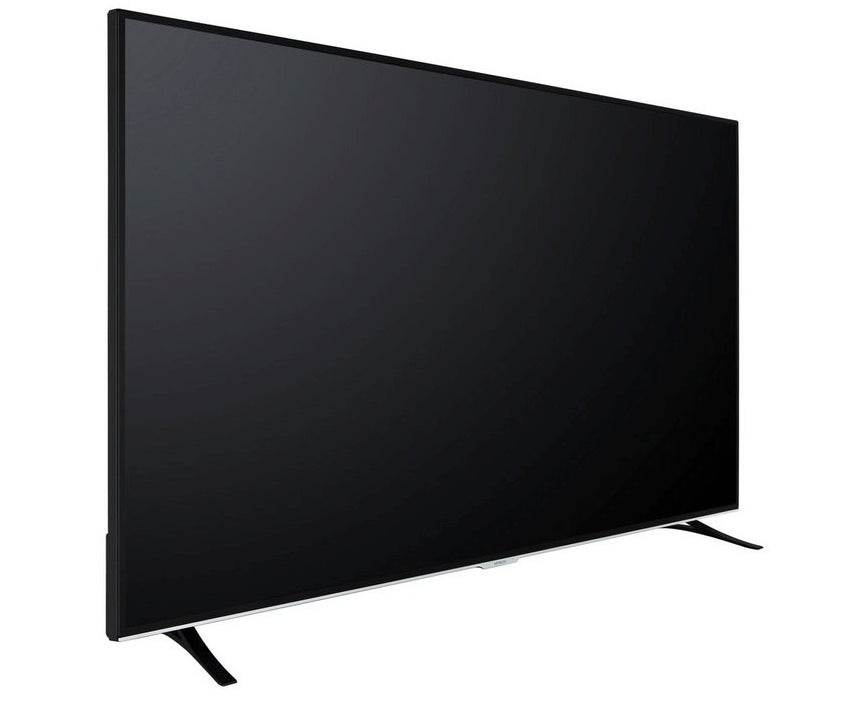 Finding HDR support on a TV as cheap as the 75HL16T64U is even more startling. Especially since this includes the broadcast-friendly HLG platform as well as the industry standard HDR10 system. After all, coping with HDR requires some pretty potent screen specifications. Unless, of course, the 75HL16T64U doesn’t cope with HDR well. We’ll get to that in a second.

The Hitachi 75HL16T64U’s connections are fair for such a budget set. Of its three HDMIs, two can handle 4K HDR feeds, although their limited bandwidth means HDR is dropped when watching at 4K at anything higher than 30Hz.

There are two USBs for multimedia playback, too, as well as a couple of unusual findings on a modern TV: A VGA PC input, and a composite video socket.

Surprisingly for its money, the 75HL16T64U sports Wi-Fi to support a few online ‘smart’ features – including, most usefully, Netflix, YouTube and the Freeview Play platform. Freeview Play delivers all the UK’s key terrestrial broadcaster platforms, and a handy electronic programme guide that can search back a week as well as forward.

The Netflix app supports 4K and HDR, although the YouTube app only played HD SDR during my tests. This suggests the TV doesn’t support the VP9 streaming format YouTube uses for its 4K streams. 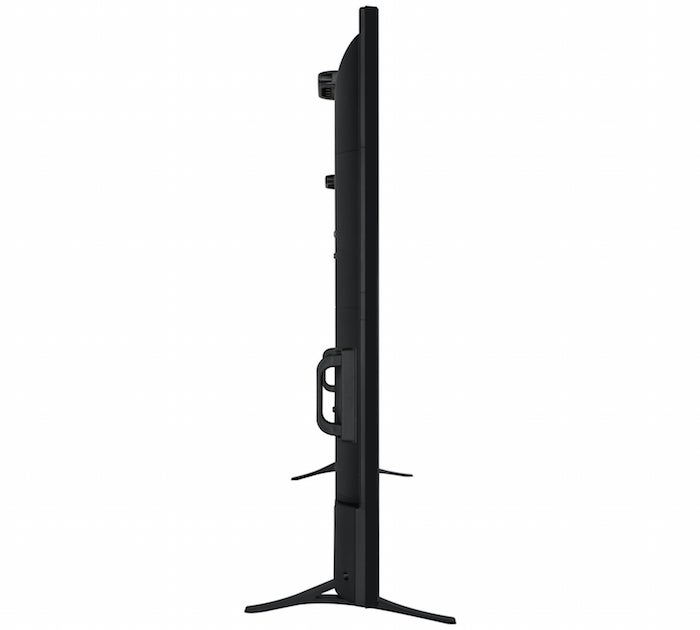 While the Hitachi 75HL16T64U’s pictures aren’t a complete bust, they’re pretty much a write-off where HDR is concerned. The screen just doesn’t have the contrast, brightness or colour response to pay any more than lip service to HDR’s charms.

For instance, its peak brightness with a 10% white HDR window is just 350 nits using its Dynamic picture preset. This drops to below 250 nits if you go for the (in other ways preferable) Cinema picture preset.

This is only marginally higher than the light levels associated with standard dynamic range TVs. By comparison, the Samsung Q9FN can surpass 2000 nits of brightness, while the Sony XF9005 series hit around 1000 nits. Even OLED TVs now reach around 800 nits, and they combine that with infinitely more accurate lighting than the LCD 75HL16T64U can manage.

As well as giving you hardly any sense of HDR’s expanded brightness range, the 75HL16T64U’s lack of brightness causes clipping. In other words, the brightest parts of HDR pictures tend to look bleached of detail and subtle toning.

Not having much brightness also severely limits the ‘volume’ of colour that the 75HL16T64U can provide with HDR sources. Colour volume, if you’re not familiar with the term, describes the impact of brightness on colour – and it’s a big deal with HDR. Especially since HDR sources tend to be accompanied by wide colour technologies. 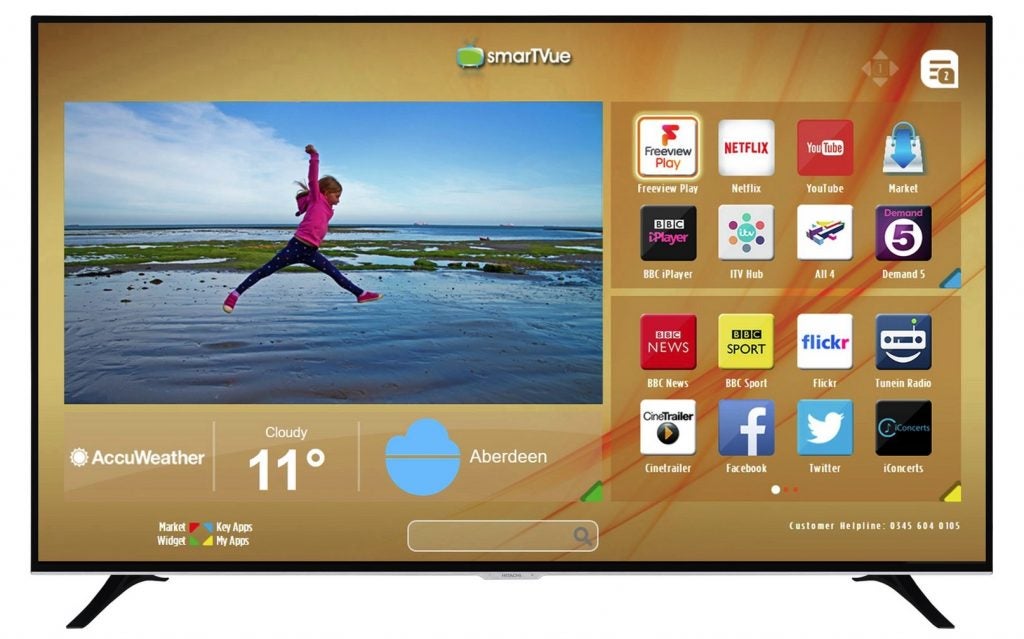 On the Hitachi 75HL16T64U, colours with HDR sources look painfully muted compared with ‘proper’ HDR screens. So much so that at times they look quite unnatural or unbalanced, particularly during dark scenes.

Colours are also affected by a strange yellow pall that hangs over images when the TV switches into HDR mode. Plus, the 75HL16T64U’s overall colour presentation with HDR sources feels rather rough and ready. There certainly isn’t the tonal subtlety needed to deliver that ‘real world’ look associated with the best 4K HDR images.

When it comes to contrast, the bad news for HDR continues. The screen’s clearly pretty basic backlighting system simply can’t deliver deep enough black colours to give HDR images the dark foundation they need. Instead, dark HDR scenes look grey and flat. They also reveal some distractingly extensive backlight ‘bleeding’ in the image’s corners. I couldn’t remove this without making the image way too dark for comfort.

Once you’ve accepted that it can’t do HDR, the 75HL16T64U becomes more interesting. Its colour performance with SDR content is far better. There’s a more neutral balance between extreme tones, as well as more subtlety in ‘mild’ SDR colour areas.

The screen’s light talents are much better suited to the relatively undemanding world of SDR video, too. So much so that, overall, SDR images often look brighter and punchier than HDR ones!

The 75HL16T64U’s processing is also far more comfortable with SDR’s relatively narrow colour range. Large areas of colour look less ‘basic’ than they do with HDR content, which in turn helps the picture look more detailed. In fact, its clarity with native 4K content is arguably its biggest strength. Particularly since its impressive ‘freeze frame’ resolution is backed up surprisingly well by some clean, crisp motion reproduction. There’s certainly little sign of the motion blur that commonly blights the ‘4kness’ of budget LCD TVs.

There are still, inevitably, issues with the Hitachi 75HL16T64U’s SDR performance. Its colours could look richer, black levels are still pretty average, and its contrast and colour reduce markedly if you have to watch the screen from much of an angle. In this last respect, though, it’s actually in line with most other LCD TVs. It also only delivers fairly basic upscaling of sub-4K content. 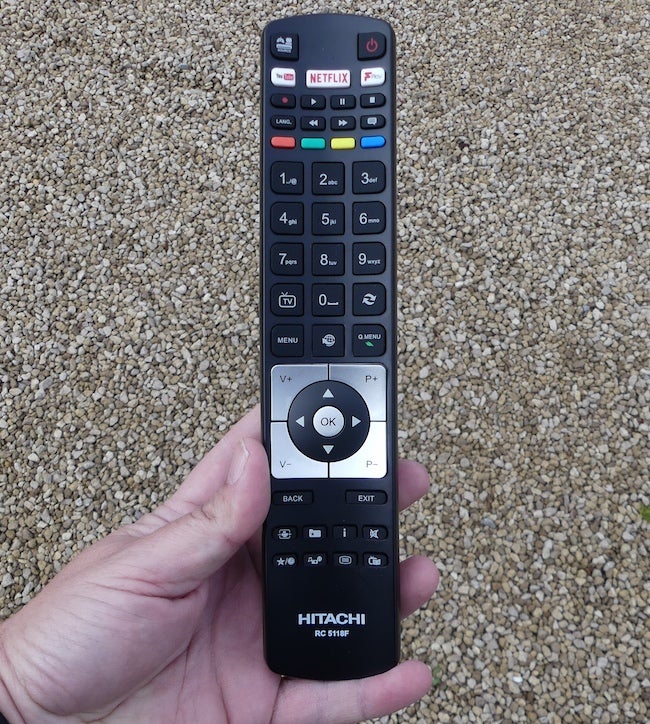 The problem is, it struggles to identify the difference between source noise and actual picture information. So upscaled images tend to look a bit fuzzier than they do with the best upscaling systems. Overall, though, I’d say the 75HL16T64U’s 4K SDR pictures can be considered better than I’d have expected from such a cheap TV.

Joining the 75HL16T64U’s hit-and-miss pictures is a surprisingly decent sound performance. There’s more volume, a more open mid-range and more subtle sound mix detailing than most budget TVs. Moreover, it achieves this without becoming harsh during loud scenes, or succumbing to speaker distortions or frame rattling.

The 75HL16T64U is a little tricky to set up thanks to its difficulties with handling HDR. Personally, I’d say the Dynamic picture preset is pretty much essential, if you want even a vague sense of HDR’s extra punch. All other modes deliver a substantial drop in peak brightness.

As a result, some will prefer the Cinema preset for HDR viewing. Especially since this also produces slightly more neutral, balanced colour tones. But the Cinema mode’s lower brightness barely scrapes beyond SDR levels.

Tweaking the 75HL16T64U’s limited set of picture adjustments can make small improvements to some areas of the HDR picture. But improving one issue invariably causes another.

The only definite recommendations I’d make are that you use Dynamic Contrast on medium, with noise reduction off with 4K content, or low with HD content.

Fortunately, the screen is much more comfortable and forgiving with SDR content. So long as you limit the noise reduction and set the aspect ratio to ‘full’, the Cinema preset will suit most people fine. Or, perhaps, opt for the Dynamic mode if your room is very bright.

One last tip is to always activate the Game mode picture preset when gaming on the screen. This gives the most natural-looking game image, and keeps input lag to a respectable 34ms. 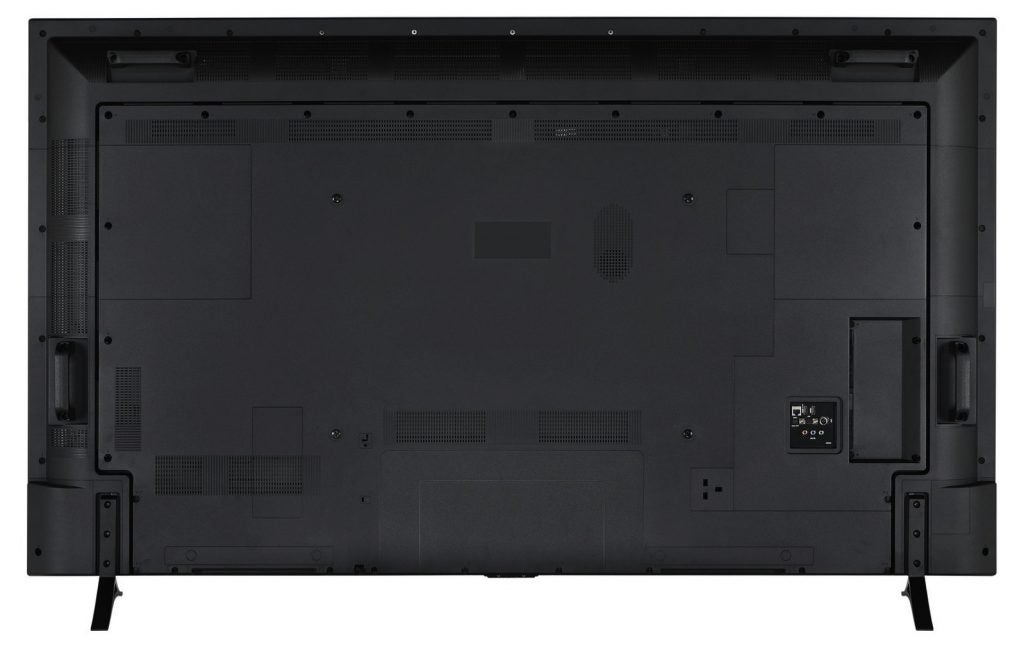 The Hitachi 75HL16T64U’s price makes it a huge temptation. After all, it’s the cheapest 75-inch TV we’ve seen. It’s also better than I might have expected with 4K SDR content.

Second, the selection of 4K sources out there that don’t support HDR is a little limited. You could get a Sky Q. Or an Apple TV and set it to deliver no HDR. But when it comes to 4K Blu-ray players, even if you can find one that lets you turn off its HDR output, doing so tends to cause a few image problems.

If you want a proper big-screen 4K HDR experience, you’re better off spending a little more.