Any new technology tends to bring with it a sense of suspicion and confusion, if not outright fear, among the very people who are supposed to be buying the stuff. And this seems truer than ever when it comes to high definition.


The problem with HD is not people understanding the basic principle of what it does, though; it’s easy to comprehend that it just makes your TV pictures look loads better. No, the problems for HD are being caused by the presence of two different HD formats: the 720-line progressive 720p one, and the 1080-line interlaced 1080i one.


The existence of the two formats has opened a whole hornet’s nest in the UK as some ill-informed press coverage has got people concerned that if they buy a 720 or 768-line TV – the resolution offered by the vast majority of current LCD and plasma TVs – they’ll lose some of the picture quality contained in 1080i HD pictures, because they will have to be scaled down to fit the TV’s 720-line resolution. 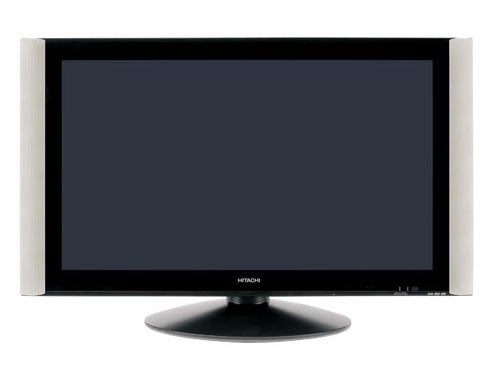 
That said, dedicated HD purists doubtless still won’t be able to resist the lure of the full 1080-line TVs slowly starting to appear – especially now that Sky has just announced that all of its HD programming will, from launch, be in the 1080i format, not 720p. All of which brings us to Hitachi’s 42PD9700 plasma TV, and its claims to be the first 1080-line 42in plasma TV in the UK.


This is significant enough in itself, but couple the resolution with a price tag that’s very competitive with most ‘normal resolution’ 42in plasmas, and you don’t have to be Carol Vorderman to calculate that in the current 1080-obsessed climate, Hitachi might just have a substantial hit on its hands.


The 42PD9700’s 1080-line claims actually come as a big surprise, as we didn’t think it was currently possible to squeeze so many pixels into a 42in plasma screen. And in fact, it turns out that Hitachi’s 1080 lines aren’t achieved by 1080 lines of actual, hard pixels, but by a technology called Alternate Lighting of Surfaces – or ALIS for short.

How does ALIS work? For starters, where conventional plasma panels have a strip of electrodes for each horizontal line of plasma cells, ALIS panels share an electrode strip between two lines of cells. These cells then switch on and off thousands of times per second so that at any given instant only half the panel’s pixel lines are turned on. This means there’s less screen “real estate” taken up by electrode strips (seen as black grid lines on conventional plasma screens) and a greater phosphor area available to be illuminated, resulting in the 1080-line claims.


The home for all these interesting HD goings on is a pretty one. The screen frame looks sharp in its black livery and bold silver speaker grilles, and the ‘cool’ factor is upped by the fact that the desktop stand lets you rotate the TV via the remote. 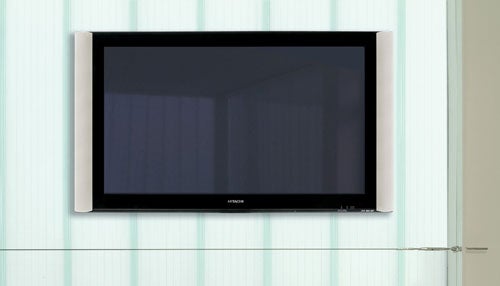 The good first impressions continue into the 42PD9700’s connections, as we find our HD sources catered for by two HDMI inputs alongside the customary component video inputs. There’s a 15-pin D-SUB jack too, an SD card slot for direct viewing of digital photos, a subwoofer output, and significantly – following our tribulations with NEC’s 42XR4 yesterday – three SCARTs and connections for a built-in digital TV tuner.


Perhaps the most significant feature of the 42PD9700 after its 1080i line resolution is its Picture Master image processing, offering a wealth of image-boosting systems including: full digital image scaling; automatic optimisation of brightness and contrast; sharper edges; improved motion handling thanks to faster image processing; 12-bit colour processing for a greater colour range; and various noise reduction systems.


The onscreen menus also put an unusually wide range of tweaks at your disposal – far more than most people will ever need, in truth. But it’s nice to know they’re there!

The only feature disappointment given the 1080-line resolution is that the TV can’t take a 1080p source. But then the 42PD9700 is hardly alone in that.

And so to the key question: does the supposed native 1080i resolution really make a difference? And the answer is… maybe.


There’s certainly no doubt that the 42PD9700’s high definition pictures are outstanding. And their sharpness is definitely their strongest feature, painting a wonderfully textured, utterly crisp picture from high def movies and Xbox 360 games alike. Plus we would say that 1080i feeds look marginally sharper and more detailed on the 42PD9700 than 720p ones. What we’re not sure we could say with complete confidence, however, is that 1080i feeds on the 42PD9700 look markedly better than they do on top quality 720-line 42in plasmas like Pioneer’s PDP-43XDE.


Its clarity and sharpness isn’t the 42PD9700’s only strength, however. Colours, for starters, are mostly excellent, combining unusual vibrancy for a plasma TV with tightly contained edges, and much more natural tones than we’ve seen with other screens using the ALIS system. 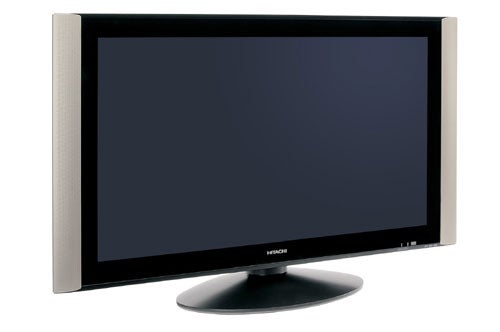 The 42PD9700 also knows how to make dark scenes look good, avoiding the greyness seen over dark areas of many flat TV pictures, and the tendency for dark areas to look hollow and devoid of details.


In fact, we really don’t have a bad word to say about the 42PD9700’s HD pictures – quite an achievement for such a reasonably priced set. Strong standard definition sources look good too, surviving their upscaling to the screen’s 1080-line resolution surprisingly cleanly so that they still look sharp, colour-rich and believable.


The only time the 42PD9700’s pictures break down is with low-quality standard definition feeds, like a low bit-rate digital broadcast or even a poor-quality DVD. Here the image quality drops off more than we’d like/expect, with noise levels increasing exponentially (to include grain and dot crawl over moving objects), the picture’s clarity and crispness reducing markedly, and colours starting to look much less natural.


It’s back to the good stuff with the 42PD9700’s audio, though, as its sound mixes outstanding quantities of bass with rich, well-rounded trebles and a potent mid-range that can handle the bulk of the audio duties without overwhelming dialogue.


Does the 42PD9700’s native 1080-line approach really deliver a new level of HD picture performance? Perhaps not. But at the same time there’s no denying that it’s still one of the very best HD performers we’ve seen – as well as being beautifully designed and attractively priced to boot.