It’s fair to say that prior to today, at least, Hitachi’s main area of flat TV expertise has been plasma. Two plasma models from the company have already impressed us during our pre-World Cup TV review bonanza, and as one of the few companies that actually researches and builds its own plasma screens, it’s clearly got a vested interest in pursuing plasma over LCD.

And a very pleasant eyeful it is too. In keeping with many LCD rivals it sports a mostly black fascia, but unusually Hitachi has gone for a matt rather than high-gloss finish – and in our opinion it looks all the better for it. Especially as the matt black makes a stronger contrast with the neat metallic strip of the set’s outer trim. 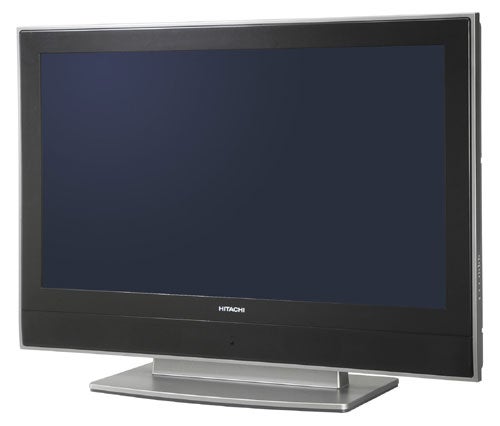 In an ideal world the desktop stand supplied with the TV would be a little less chunky, and the HD Ready logo in the bottom corner would be a bit less in your face. But these are only minor blots on an otherwise pristine appearance.


The 37LD6600’s connections get the job done without exactly setting our pulses racing. Which is to say that you get the bare HD Ready essentials of single HDMI and component video inputs, along with a VGA PC input and two SCARTs. The only connection ‘extra’ is a subwoofer line out – though ironically this merely serves to make us suspicious about how bad the built-in speakers might be!


We made no mention of any slot for adding a pay-TV digital subscription card in our discussion of the 37LD6600’s connections, and with good reason: the set doesn’t actually carry a digital tuner! This would be disappointing in any circumstances, but it’s especially so here on a TV that’s certainly not particularly cheap by 37in LCD standards.

Sadly the digital tuner isn’t the only significant feature missing from the 37LD6600 either, for the set also fails to provide the Hitachi Picture Master processing that played such a major part in making the pictures so good on the company’s plasma TVs (and even one or two of its previous-generation LCD TVs). Hmm.


Turning to features the set does carry, the most distinguished is something called In-Plane Switching (IPS). This is a different way of constructing an LCD screen that combines high-purity colour filters with liquid crystal molecules that can rotate while remaining constantly parallel to the LCD panel substrate when a voltage is applied, yielding perfect crystal orientation. If this all sounds like so much gobbledegook to you, fear not; all that really matters is the fact that IPS means you should be able to watch the screen from a wider viewing angle than usual, and enjoy greater brightness and more natural colours. 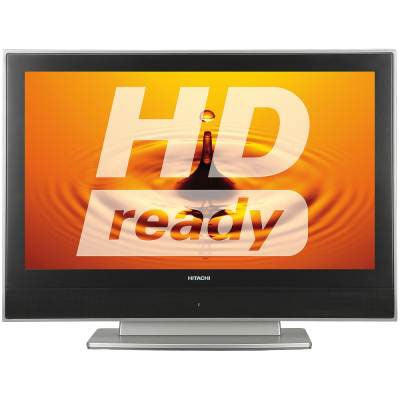 There’s all manner of picture flexibility available in the onscreen menus – almost too much, truth be told. Among the more useful options are a film mode for making motion look cleaner while watching movie rather than TV sources; picture in picture facilities; noise reduction; a bass booster; and a 3D comb filter for making fine details clearer.


The last things about the 37LD6600 worth running by you before we find out how it performs are an HD-friendly native resolution of 1,366 x 768, a so-so claimed contrast ratio of 800:1, and a pretty standard 500cd/m2 brightness rating.


So far the 37LD6600 has proved rather hit and miss – and this trend continues with its performance.


Starting with the good news, its colours are very attractive indeed. They possess unusual vibrancy and brightness for a 37in LCD screen, as well as enjoying appealingly authentic tones that even manage to stay believable during dark scenes – a feat frighteningly few LCD rivals can match.

Also pretty good – though not, it must be said, outstanding – is the 37LD6600’s black level response. Dark picture portions certainly get black enough to give pictures a sense of dynamism and scale, and there’s just about enough subtle detailing in dark areas to stop them looking hollow.


Motion is reasonably well handled by the 37LD6600 too, with little of the smearing that might suggest a poor LCD response time.


Now for the bad news – starting with the way the 37LD6600 fails to do full justice to the lovely extra sharpness and detail in our beloved collection of high definition sources. In fact, we’d even say that HD pictures on this Hitachi actually look a touch soft. Not so much so that you can’t still tell the difference between HD and standard definition, but enough that your mates might not quite get what all the fuss is about HD if they just saw it running on the 37LD6600. 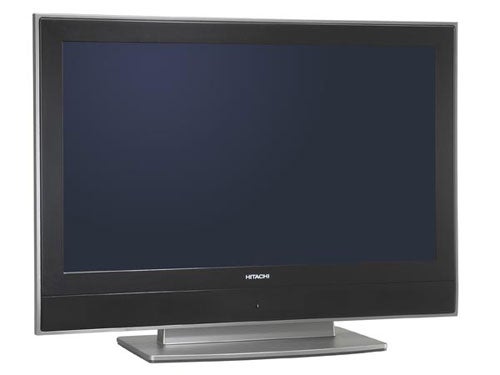 We also felt that the picture seems a little noisy at times, especially during standard definition viewing. And as we hinted earlier, while black levels aren’t bad, they’re certainly also not the best in the LCD world.


The 37LD6600’s sound is more consistent than its pictures. The fears we voiced earlier after spotting the subwoofer output prove unfounded, as the TV manages to deliver quite considerable amounts of bass from its own speakers. Furthermore, it does this without sounding rough or distorted, and without shunting trebles too far into the background. The only thing keeping the sound score down to an eight is the fact that people’s voices can sound a bit unnatural and muddy, especially during raucous action scenes.