The HisoundAudio Rocoo-A is aiming to capitalise on that subset of digital audio player (DAP) buyers who actually care about the quality of the music played back by their device, not just how funky they look dancing in silhouette with it. It may not be a massive market, as the iPod’s market share shows, but it exists. 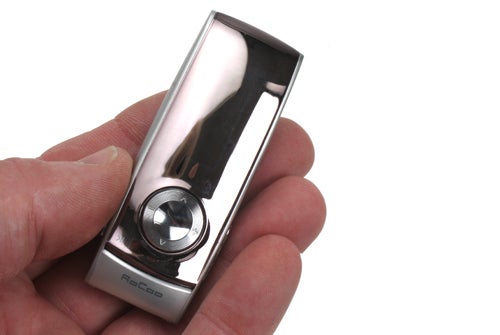 The first sign that HisoundAudio has geared its Rocoo-A towards quality reproduction is the use of a Class A amplifier. Generally these aren’t seen in DAPs because of their terrible inefficiency. However, HiSoundAudio reckons that it’s mitigated that problem to manageable levels in the Rocoo-A.


This high power-draw amp does seem to directly affect battery life, though. HisoundAudio claims 10-hours of battery life, which isn’t exactly class-leading – the likes of the Apple iPod nano and the Sony NWZ-E443 will easily manage double that. Nonetheless, we managed to get two day’s use while in the office out of the Rocoo-A before a re-charge was required, which will prove good enough for most.

The Rocoo-A has 4GB of internal memory, but that’s not the limit of its capacity. There’s also an SDHC card reader at the device’s end, which will accept cards up to 16GB in capacity. In theory, therefore you can actually listen to as much music as you can carry with you on memory cards. That’s a level of flexibility we wish other manufacturers would adopt, so kudos to the Rocoo-A on that front.


What’s particularly nifty is that the Rocoo-A also serves as a card reader for any media inside it. Connecting the player via its mini-USB connection, which is also used to charge it, gives access to both the internal memory and any inserted card separately. It’s a small detail, perhaps, but one that makes managing your portable media collection a little bit easier.

Where the Rocoo-A falls behind its competitors is its display, a single-colour OLED affair. The small size does help keep the Rocoo-A’s size down, but it does hinder navigation a little. Whether the inability to play videos is a disadvantage or simply a sensible omission is less clear cut.

Certainly, no matter how limited it is any screen will always be more practical than no screen at all – we’re looking at you iPod shuffle. The Rocoo-A also doesn’t require customised headphones to use it, which we tend to find something of a bonus, thanks to its on-player controls.


These comprise a four-way directional control, a menu button and play/pause button on the Rocoo-A’s front, a power slider at its bottom, and a further two-way rocking button on top toggling A-B playback and recording. The up and down on the d-pad increase and decrease volume and left and right either navigate, or skip tracks, depending where you are in the menu system. 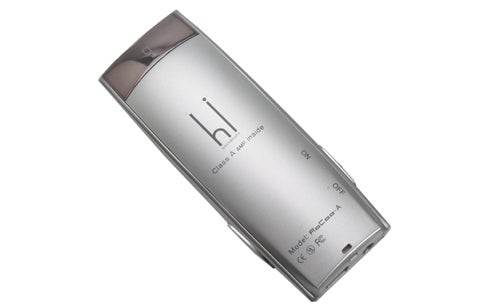 This is pretty basic, but serviceable. You can browse through the folder structure on both the internal and external memory, toggle between various shuffle and repeat playback options and read text files. The latter facility is literally useless given how cramped the display is.


Less useless is the afore-hinted recording facility. A microphone is built into the Rocoo-A’s casing and audio is saved in WAV format. Okay, so there are limited scenarios when your DAP also doubling as a basic Dictaphone will prove useful, but if nothing else it’s fun noting such snippets as “memo to self: need more music, fewer memos to self, on player.”

The HisoundAudioo Rocoo-A player comes bundled with a set of the company’s PAA-1 earbuds. To be brutally honest, to describe these as underwhelming and uncomfortable is to be unfair to many uncomfortable and underwhelming products. They really are awful.


Normally we’d not make such a point of that; it’s par for the course, after all. But with the Rocoo-A it’s worth making a big deal of because bundling low-quality earphones does the player a tremendous injustice. 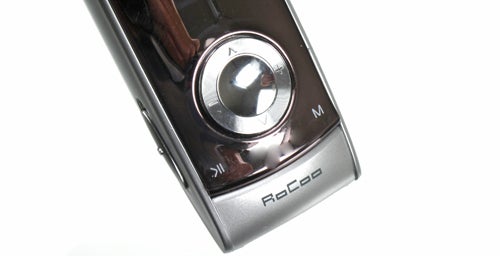 That’s because coupled with a decent set of earphones the Rocoo-A sounds, well, rather excellent. Any doubts that the blub about Class A amps was just marketing nonsense are dissuaded conclusively the longer you use the player. While the player’s ability to play FLAC files isn’t exactly needed, it certainly handles the 320kbps MP3s we tend to stick on our media players like no other player in its price range.


The Rocoo-A’s output is delightfully full and warm. The low end, particularly, is much fuller than you get with many other players with bass details coming through that would be lost in the mix on lesser devices. There’s good mid-range and high-end clarity, too, lending a crispness to vocals and instruments. It’s a far cry from the anaemic output we’ve all become used to from our iPhones. 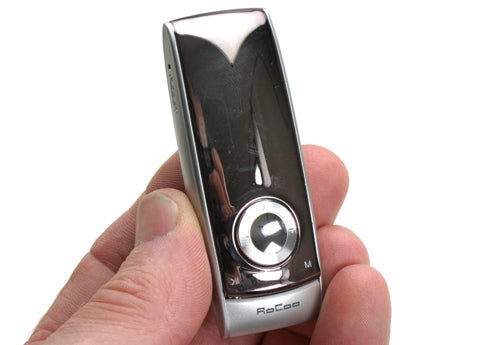 Taking the cynical view, the results aren’t necessarily any better than you could get by pairing another player with a separate headphone amplifier, such as the FiiO E5. That rather misses the point, though; with the Rocoo-A you don’t need an amp and surely that’s the ideal scenario?


If you’re more interested in a digital audio player that offers high quality audio reproduction above gimmicky features such as video cameras or touchscreens the Rocoo-A will be right up your street.