With its solid mid-range price, the Hisense WFGA9014V punches above its weight, with excellent stain removal and low running costs, making this a great all-rounder. Dos Assist can help you get the right dosage of detergent, although it's a little fiddly to use and better for smaller loads, where it's harder to work out the right dose. It's neat that you can add washing in after a cycle as started, although you may need to be quick to use this feature. Overall, given the price, the Hisense WFGA9014V is a great buy.

The Hisense WFGA9014V may have a price more in line with midrange washing machines, but its quality build, raft of features (including the option to add washing part way through a cycle), and quiet operation lift it above this. Simple controls, great performance and low running costs cement this washing machine’s place as a great buy.

Hisense WFGA9014V – What you need to know

Although all washing machines are roughly the same size and shape, Hisense has gone the extra mile to make the WFGA9014V look as good as possible. The door has an oversized rim that runs all around the outside, finished in silver plastic. With the rest of the front unadorned, this trim makes the washing machine look neat, simple and stylish.

Hisense has made the machine as easy to use as possible. All of the washing programmes are laid out around a central dial, which rotates to select an option. All of the standard washes are there, plus this machine has some special programmes including for wool, down jackets and sportswear. There’s also an anti-allergy wash to give a deep clean for people with sensitive skin. 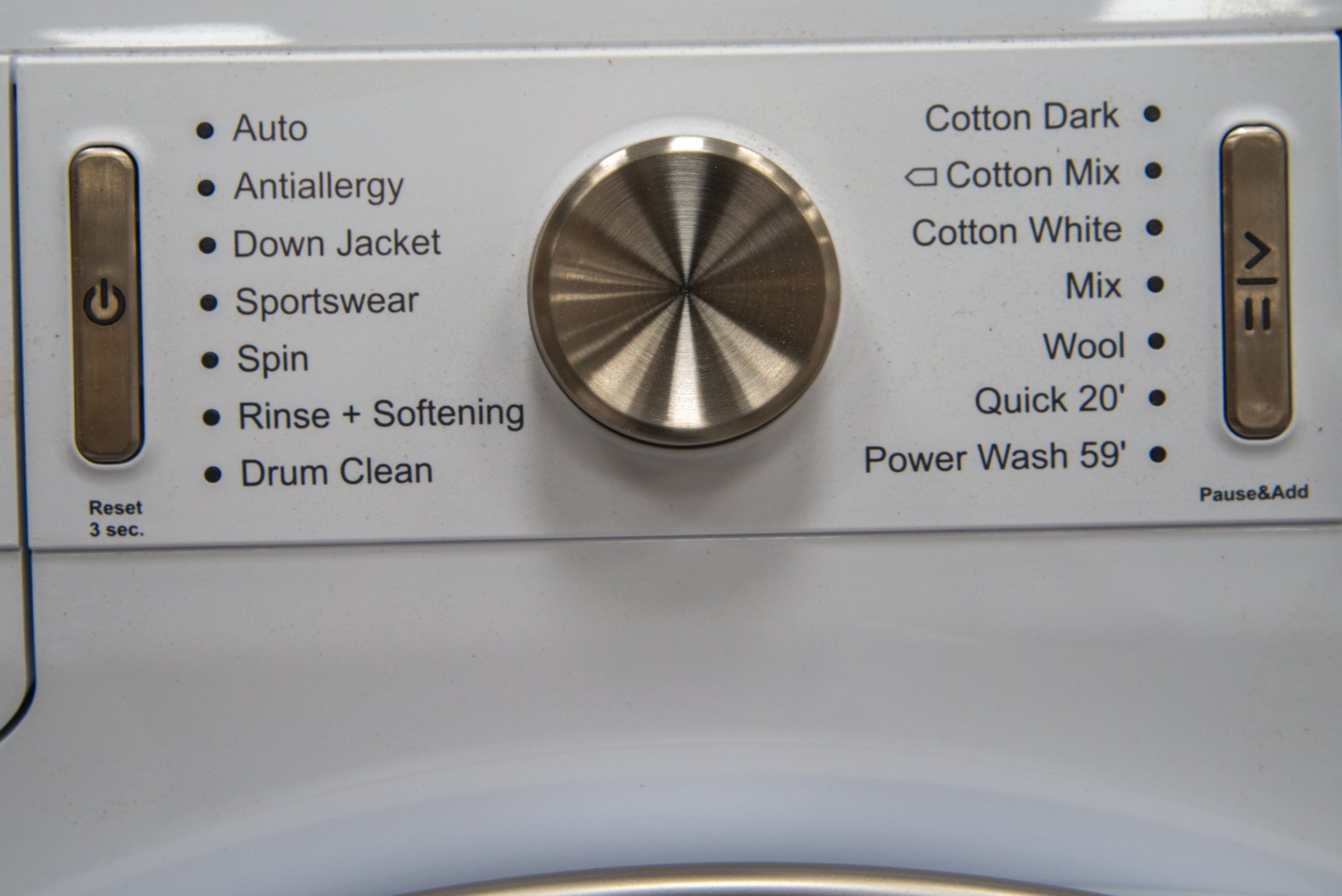 There’s an LCD screen that shows the default spin speed, temperature and wash time, for the programme selected. These can be overridden using the buttons below, so you don’t have to stick to the defaults and can, for example, up the temperature for a cotton wash. There’s a 9kg drum inside, and the wide door makes loading up the maximum capacity pretty easy. Overall, this is a good washing machine for large families or those that like to save up washing and handle full loads only. 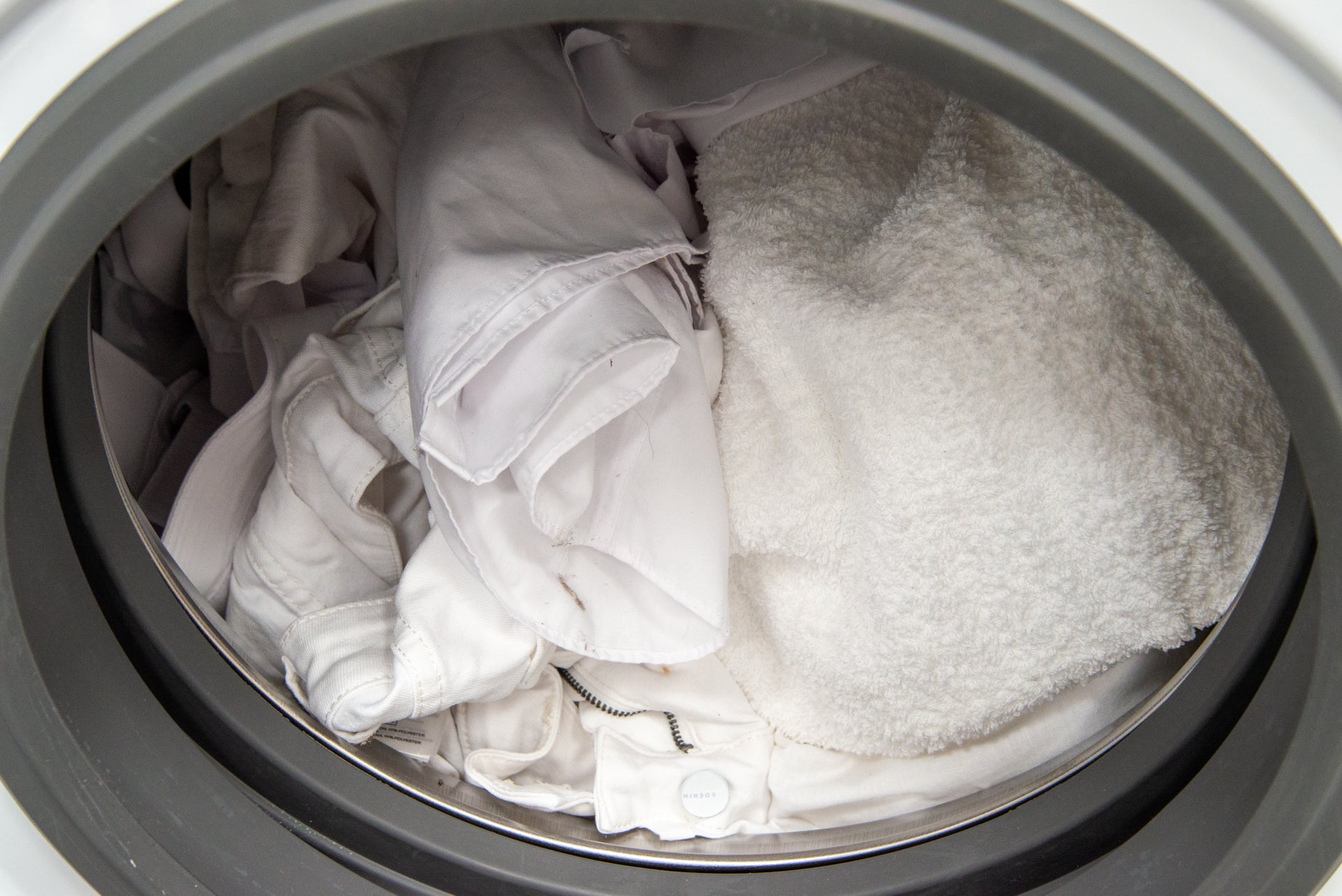 Hisense has a feature that lets you add washing into the machine after the cycle has started. When you press the Play/Pause button, if the water in the drum is below the threshold volume and temperature, the door can be opened and you can add extra items. In my experience, this was only right at the start of the wash, but it could still be a handy feature for when you put some clothes on, turn around and see that there’s a sock on the floor,

To test the Hisense WFGA9014V, I ran a series of washes on it using our standard set of clothes and stain strips. I started out with the Cotton Mix programme, washing at 30C. This wash used a frugal 0.39kWh of power and 43.18-litres of water.

The washing came out with 0.98kg of water, which worked out to 40.5% of the original weight. That’s not bad, but the 1400rpm spin speed of this machine can’t quite get as much water out as a washing machine with a faster spin speed, so your clothes will need a little longer on the line or in the tumble dryer.

Stain cleaning performance was excellent, though. While the red wine stain was still there, this very tough stain had faded dramatically. We saw no trace of the vegetable oil, ketchup or orange juice, and just the faintest mark left from the gravy, although this would be hard to see unless you were really scrutinising the stain strip. You can compare the before and after below. 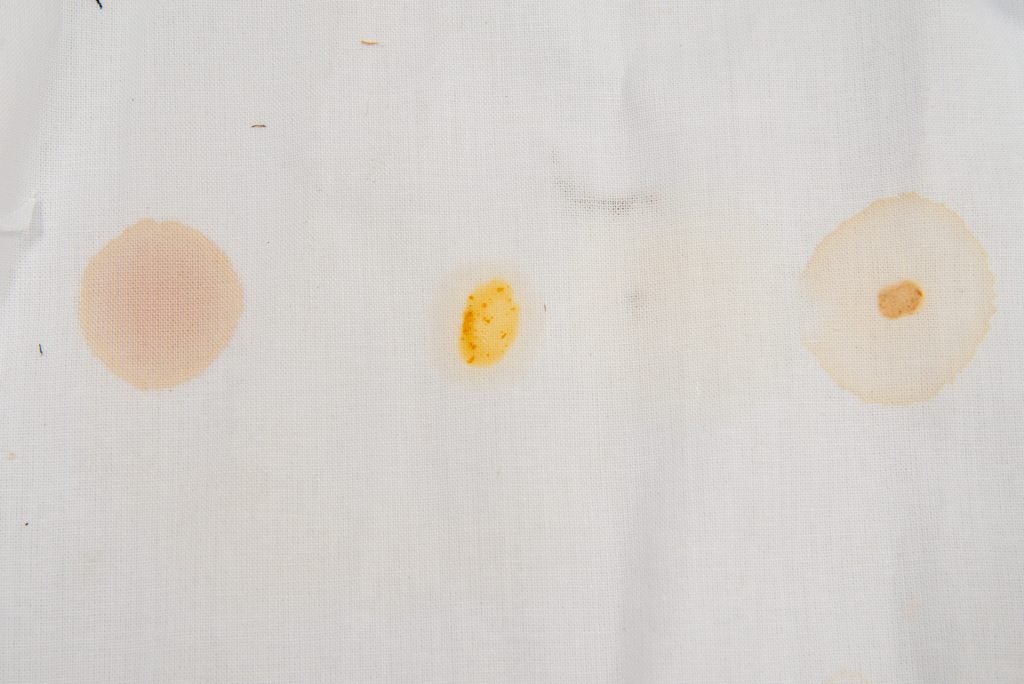 To work out running costs, I used the figures from the energy label sheet, which assumes 220 washes per year. From this, I could work out the cost per full load. I could then work out the average yearly cost for the UK. This assumes 274 loads, and I worked out the total amount of washing in a year assuming high (6kg loads), medium (4.5kg) and low (3kg) loads. I then assumed that the washing machine would be used to its full capacity, meaning that it would need 182.67 loads for high use, 137 for medium use and 91.33 for low use. This allows me to compare washing machines with different capacities, using a level playing field.

I also found the Hisense WFGA9014V wasn’t very loud, either. On normal operation, I measured the machine at 52dB, jumping to 60.3dB on spin speed. This really is a very quiet washing machine.

There’s a countdown timer on this washing machine, which seems pretty accurate, even at the very end when many models seem to add on time.

Should you buy the Hisense WFGA9014V?

You can get washing machines with more features, such as Wi-Fi app connection and auto dosing, but the Hisense WFGA9014V doesn’t bother with these, focussing on a simple, clean experience with great wash results and low energy and water usage.

What you end up with is a washing machine that’s very effective, even at low temperatures. If you’re after simplistic quality, then there’s no need to look elsewhere.