Since this review was published, Hisense has announced it is permanently dropping the price of the N6800 from £749 to £599, and it now offers better value. You can read our original review below.

While the big, established TV makers are busy pitching their premium TVs against each other, Hisense has been slowly establishing itself in the budget-to-midrange market. One of last year’s best TV deals was the Hisense M7000, which didn’t have top-end specs but still managed to do a great job with 4K and HDR.

Now we’re on to the N range. The Hisense H50N6800 is a 50-inch TV offering 4K and HDR for under £750. Is there a catch? The N6800 can’t compete with premium TVs in brightness and saturation, but it does a great job with contrast and lighting uniformity. 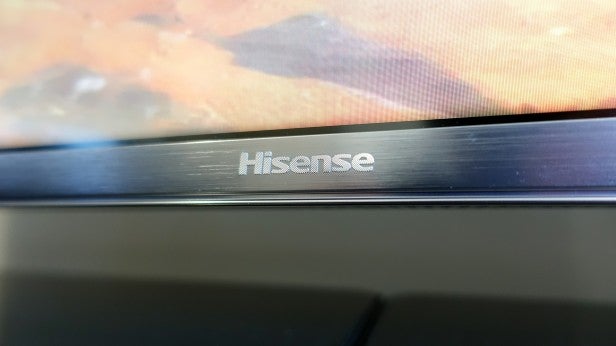 The N6800 is a good-looking thing, certainly a lot more attractive than I would expect for that price. There’s a good amount of metal in the stand and the frame. The stand is of the two-foot variety, installed separately at the left and right. The feet can’t be moved or rearranged. The back is plastic, but it’s solid and reassuringly weighty.

Sadly I can’t say the same nice things about the remote. It’s nicely spaced out and clearly labelled, but the OK button and directional pad are infuriatingly noisy. Try entering your email address and password into an app – it’s like giving one of those clicky bottle caps to a toddler. Also, the chrome paint that runs around the remote is sure to chip away before long.

The connections are what I’d expect for the money: four HDMI inputs, but only two of them are HDMI 2.0 and will take a 4K signal at 60Hz. The other two only go up to 4K at 30Hz. There’s also an Ethernet socket, a digital optical output, and composite and component RCA plugs. 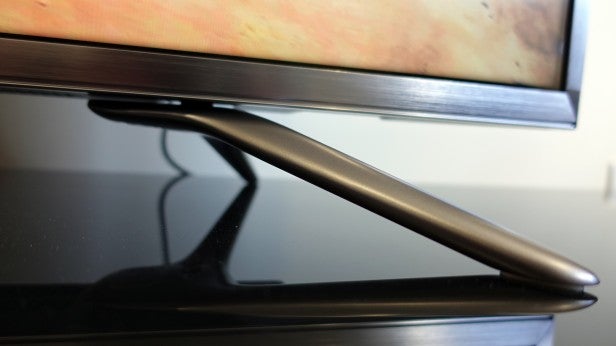 Features are on the light side, but then again this is a £749 TV, so I wouldn’t expect much anyway.

On the smart TV front, this Hisense uses a proprietary operating system called VIDAA U. It’s an interface based on big tiles, and it’s clean and easy to navigate – not unlike the pop-up launcher bar used by LG and Samsung. App support includes Netflix and Amazon (both in 4K and HDR) along with BBC iPlayer and YouTube. There was no sign of the other UK catch-up apps, such as ITV Hub, All 4 and Demand 5. 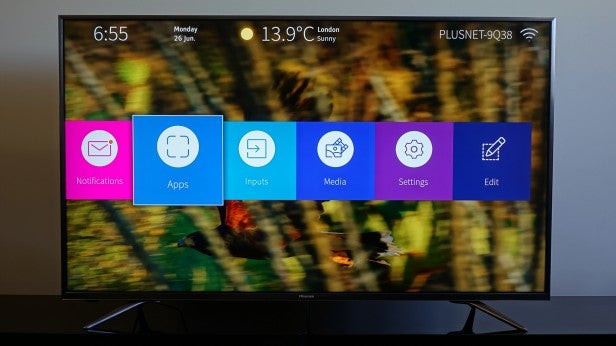 As for the display tech, it has a 4K Ultra HD resolution (3840 × 2160 pixels). It is compatible with high dynamic range – just good old commonplace HDR10, none of the other fancy formats such as Dolby Vision or Hybrid Log-Gamma.

This is an edge-lit LED LCD panel, and Hisense claims a peak brightness of 450 nits. That’s quite far off the 1000 nits required for a UHD Premium sticker, but Hisense has a trick up its sleeve when it comes to punching above its weight.

That trick is ULED, Hisense’s proprietary tech that uses small crystals for improved backlight control. The idea is to give its LCD performance a boost by adding the lighting precision associated with OLED tech, which has pixels that turn off and on individually. Basically, fancy lighting but still LCD. 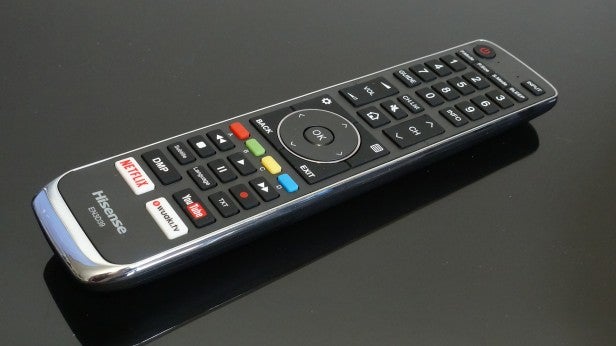 ULED achieves what it’s supposed to do. The lighting uniformity here is better than on some more expensive TVs I’ve tested. I had a hard time spotting clouding and haloing. Bright areas placed right next to dark areas demonstrated a surprising lack of bleeding. That certainly helps to improve the picture’s contrast, as deeper blacks and cleaner highlights make for more visual punch.

Sadly the HDR performance falls elsewhere. I suspect one reason for the good lighting uniformity is the TV’s peak brightness, which never gets high enough to challenge the TV’s dimming tech. It’s never that bright, but more importantly it struggles to deal with highlights – there is quite a lot of clipping in the brightest areas.

Colours also look a bit exaggerated. You certainly get the extra punch you’re supposed to get with high dynamic range, but you don’t get any of the subtlety. Play Planet Earth 2 on 4K Blu-ray and an eagle’s beak looks unnaturally orange. Stream The Grand Tour on Amazon and a red Mustang looks a little pink. Colours aren’t very well blended either, so subtle gradients are lost. 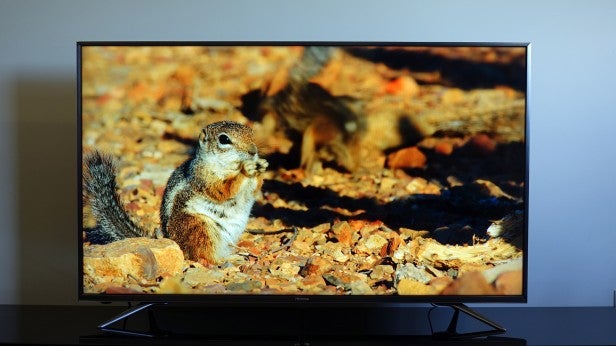 It’s also a bit too enthusiastic in its sharpness. Details look a bit blunt, and fine animal fur on the 4K Blu-ray of Planet Earth 2 ends up looking quite coarse. You might want to turn the noise reduction on, even if this leaves the image a little softer overall.
I should stress, these issues really only apply to 4K and HDR. HD and standard dynamic range content is a lot better, as they don’t push the TV to its limits.

For gamers worried about latency, input lag comes in at about 31ms in gaming mode. That’s not the best figure I’ve seen on a TV, but it’s respectable.

Lastly, sound quality: the audio performance is fine for the money – it’s clear without sounding shrill, but it does sound a bit thin if you want this thing for movies. It’s fine just for watching the news, though. 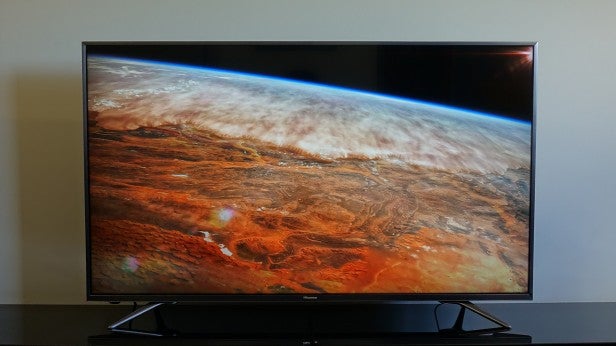 If you want a cheap TV that offers 4K and HDR, this certainly ticks those boxes. But it’s only really good when it comes to HD and standard dynamic range – the 4K and HDR performance is a bit unsubtle for my liking. For the money, I much prefer another Hisense TV, the Hisense M7000, which was out last year and can now be had in bigger screen sizes for less money. That did a much better job of giving you 4K and HDR for a fraction of the premium TVs.

That being said, the N6800 does have its merits. Its lighting uniformity is an advantage. I feel this TV would suit those who spend most of their time in HD and standard dynamic range, but want a taste of the future – anyone who mostly watches Blu-ray but has a 4K/HDR games console like the Xbox One S.

£750 buys you a good taste of what 4K and HDR is all about, but if you’re serious about a cinematic experience, there are better options.

A good taste of 4K and HDR, but not the most subtle.