The Hisense H32A5800UK doesn’t have the contrast to satisfy AV enthusiasts, but it’s bright, colourful, crisp and loud enough to make a pretty effective set for a kitchen or conservatory.

These include a solid selection of streaming apps, built in “soundbar” technology, and a fast response time for gaming. If a small, cheap TV for a second room is on the wishlist, could the Hisense A5800 satisfy those requirements?

The Hisense A5800 is very well built for such an affordable TV. The narrow frame is more dense and heavier than the lightweight, plasticky efforts of most of today’s 32-inch TVs. The angled neck stand and metallic front support bar, meanwhile, ensure that this TV won’t easily be toppled. 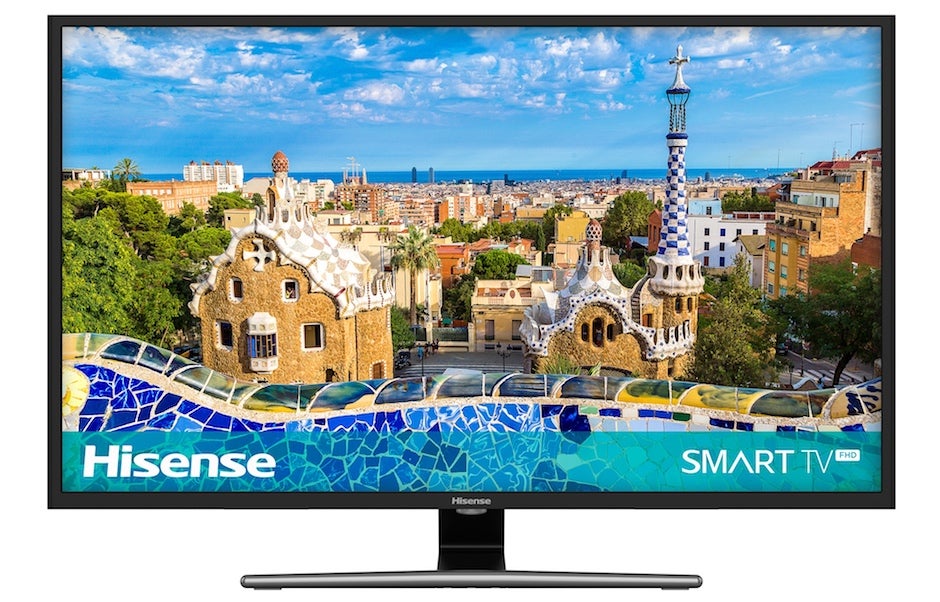 If I were being picky then I’d say that there’s a slight monitor-like quality to the H32A5800UK’s design – but the cute stand just about saves the day.

Accompanying the TV is a surprisingly effective remote control. Again, this looks and feels well made, and benefits from handy direct button access to YouTube, Netflix, any connected media sources, and your TV’s app collection.

The Hisense A5800’s screen is illuminated by an edge LED lighting system – but, predictably for this section of the market, no local dimming. Its native resolution is 1366 x 768 rather than Full HD, and there’s no HDR support, either.

It does have some surprising picture flexibility options tucked up its sleeves, though, in the shape of detailed colour and white balance management tools. However, in truth, it’s hard to imagine many users calibrating a TV such as this in so much depth.

Of more potential use are the MPEG and standard noise reduction tools, plus both Dynamic Backlight Control and Adaptive Contrast features to help boost the latter. 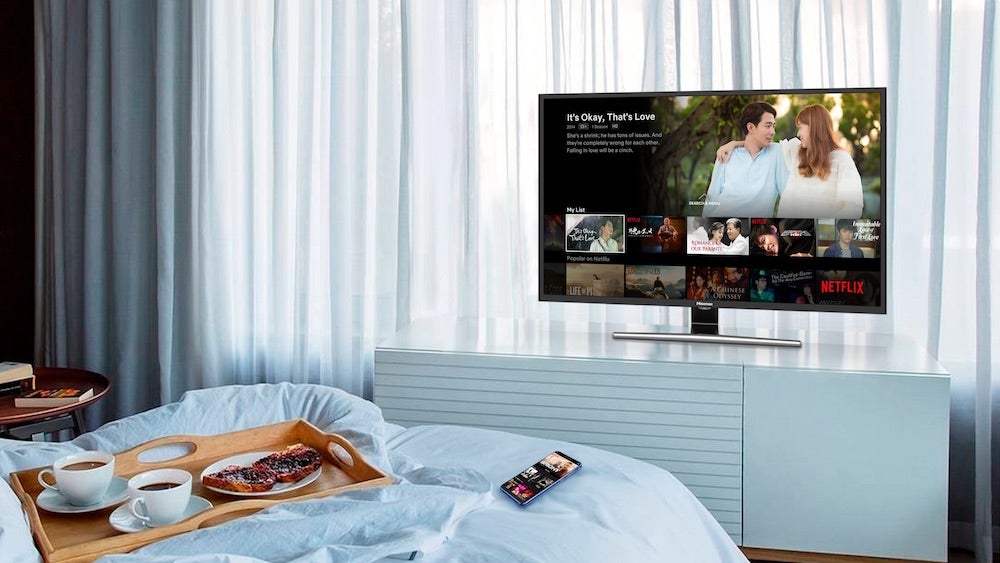 As ever, Freeview Play brings all of the catch-up services for the UK’s key terrestrial broadcasters. There are stacks of other apps in Hisense’s store, too, but many of these are of limited interest in the UK.

The H32A5800 carries built-in PVR for recording (to USB storage devices) from its digital tuner, and claims to use a “Natural Colour Enhancer” to deliver a wider colour range than you’d get on a 32-inch HD TV.

Finally, the H32A5800UK’s connections are about par for a mid-price 32-inch TV. They comprise two HDMIs, two USB ports, an Ethernet port, Wi-Fi, a composite video input, and the inevitable RF tuner port.

The Hisense A5800’s initial setup routine is straightforward and helpful. Its main option menus thereafter are a little cramped, but fairly easily to follow nonetheless. 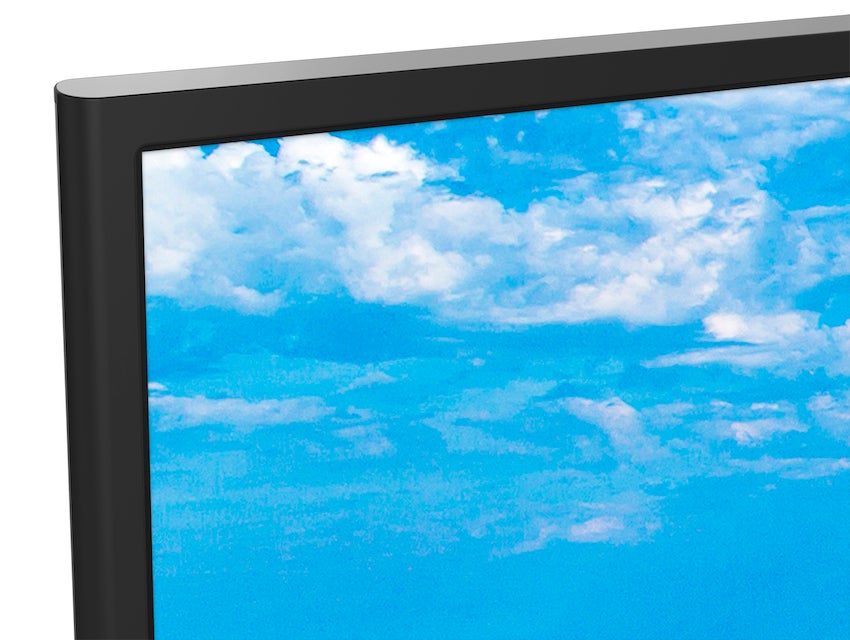 In terms of settings to pay attention to, I’d say only use the two NR options with heavily compressed HD or average quality SD sources, as they tend to make things look rather soft and processed.

There aren’t really many other settings that are worth bothering about. Separate Dynamic Backlight Control and Adaptive Contrast features promise to deliver strong black levels, but despite each having multiple settings, they don’t really make much difference. For what it’s worth, I’d go for Low for the former and medium for the latter.

Hisense A5800 performance − Operation is sluggish, but picture quality puts in a bright performance

The Hisense A5800’s operating system is rather sluggish. Its quad-core processor clearly struggles to handle the smart engine and OS, leading to some frustrating pauses as you wait for the TV to catch up with your button presses. App-loading times are slow, too.

The system does seem stable, though; I didn’t experience any crashes during my time testing the TV.

The Hisense A5800’s picture quality is hit and miss, where the hits happen with bright pictures, and the misses with dark shots. 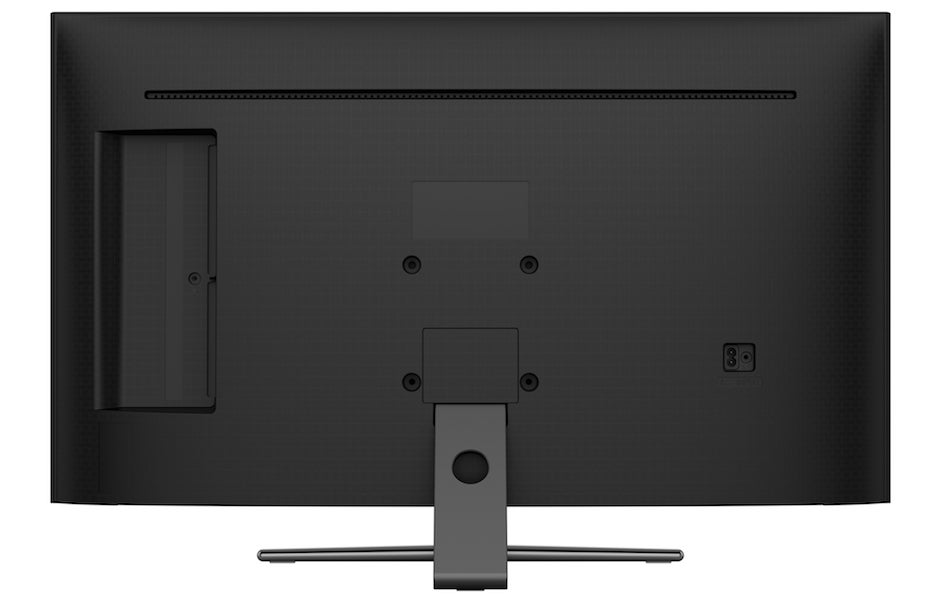 The Hisense H32A5800UK is well built for such an affordable TV

The image is impressively bright by 32-inch SDR TV standards. Pictures punch off the screen with enough vibrancy to hold their own against the sort of light levels you get in conservatories and kitchens, both of which are common placement for 32-inch TVs nowadays.

The H32A5800’s claims of an expanded colour range are borne out, too, by the way colours in bright scenes generally look rich and vibrant rather than washed out and insipid. In other words, colours have the tonal range to keep up with the screen’s above-par brightness.

Colours in bright scenes look natural and nuanced, too. This is especially true with skin tones, which avoid the patchiness and plasticky smoothness often seen in the pictures of relatively affordable TVs.

Also impressive for such an affordable TV – especially one that doesn’t offer a Full HD resolution – is how detailed and crisp the H32A5800’s pictures look in general. Provided you don’t leave the noise reduction settings on when they’re not needed, that is. 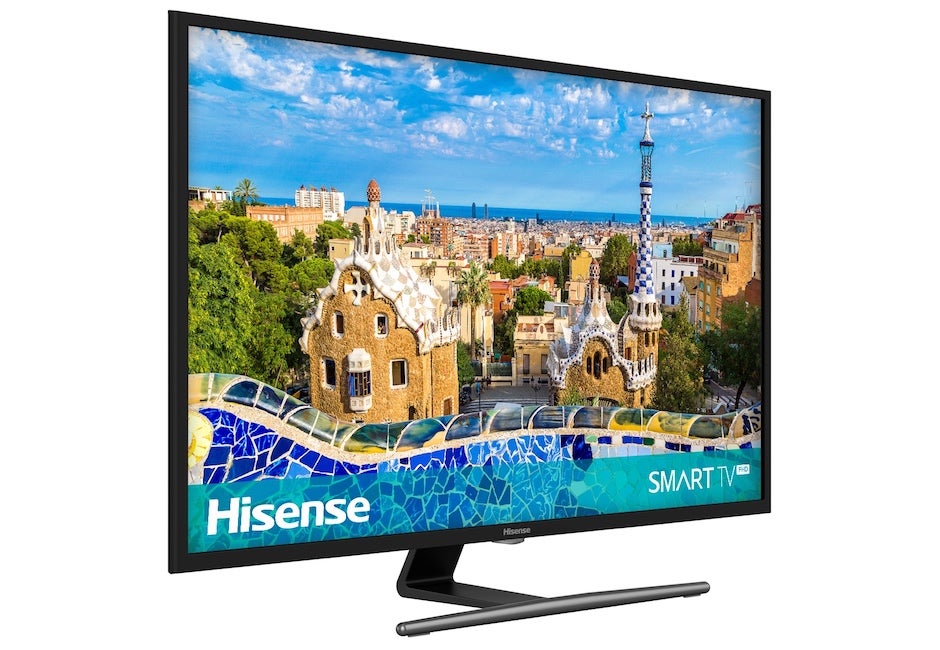 The Hisense H32A5800UK TV offers a sturdy base, reducing the risk of the TV toppling

There’s a little loss of sharpness where there’s motion across the screen, but it isn’t excessive by affordable 32-inch TV standards.

If you’re likely to be using the H32A5800 as a gaming screen, you’ll be pleased to hear that it only takes 20ms to render its pictures. We’ve seen slightly lower measurements from some high-end TVs this year, but 20ms is low enough to provide no excuse for the vast majority of your Call Of Duty deaths.

What might provide more of an excuse for gaming fails, though, is the H32A5800’s contrast performance. Or, to be more precise, it’s black level reproduction.

Playing dark game sequences or movie scenes on Hisense’s latest 32-inch TV reveals a pretty distinct grey wash over everything in place of the black tones that should be there. This can leave dark images looking flat, short of detail and unconvincing in general.

It also means that dark colours tend to look muted and less natural than bright ones.

Neither does it help that dark scenes reveal a border around a centimetre wide of extraneous light that runs right around the image, as well as an additional faint cloud of extra light in each bottom corner. Such issues with dark scenes place a barrier between you and the immersion in what you’re watching. And as mentioned earlier, none of the available settings offer any significant solutions. 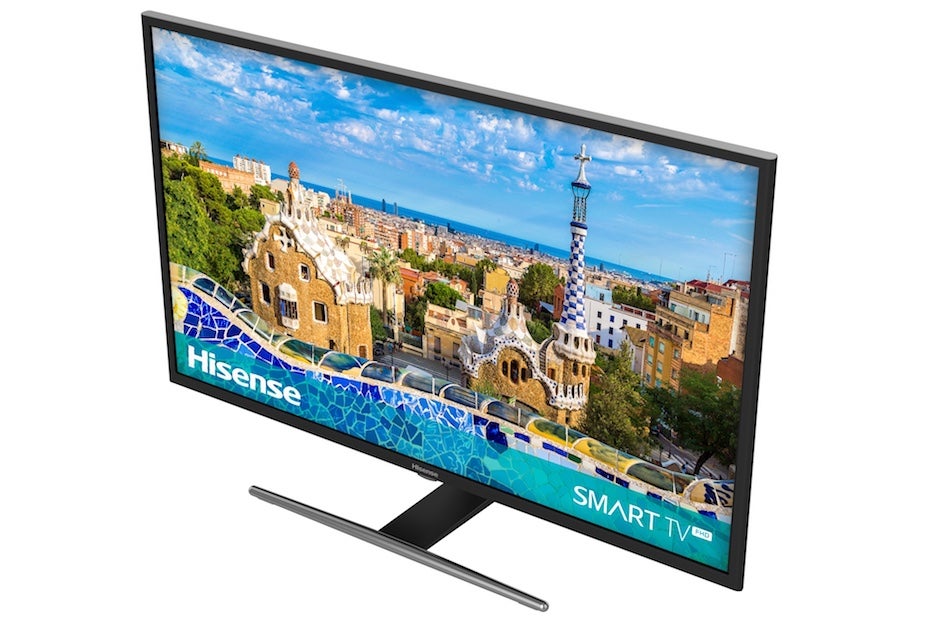 The Hisense A5800’s problems with dark scenes won’t really matter, of course, if you’re only looking for a TV on which to predominantly watch daytime TV. Such content is almost exclusively bright and colourful. If you’re looking for a movie and gaming screen, however, the H32A5800’s uninspiring black levels will be a problem.

Watching in a bright room reduces the impact such issues to some extent. It doesn’t fully hide them, though – especially those inconsistencies around the edges of the picture.

It’s worth adding, too, that black levels drop off much further if you have to watch the screen from an angle of more than 20-25 degrees to either side. The H32A5800 clearly doesn’t carry any of the new LCD wide-angle technologies now creeping into Samsung and Sony’s high-end TVs.

Surprisingly, given the thinness of its frame and lack of any visible (from the front) speakers, audio is a high note for the Hisense A5800. It delivers a much fuller, more dynamic and balanced sound than the vast majority of its 32-inch peers. 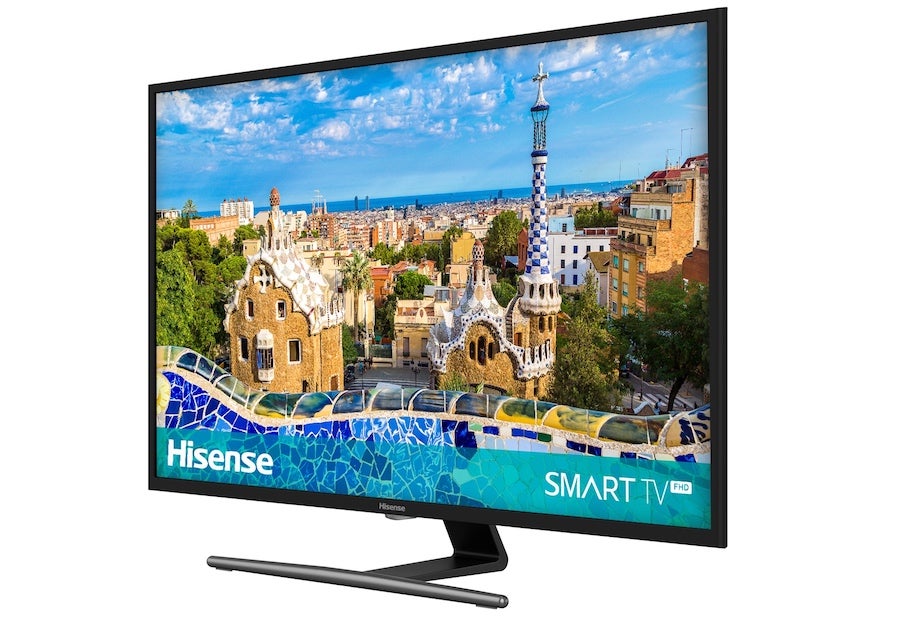 Black levels drop off in the corners, and when viewing the TV from an angle

Voices always sound clean and clear, even when there’s lots of other stuff happening in the mix, and there’s enough power and dynamic range to fill pretty big rooms without the speakers succumbing to distortion or drop out.

In short, the dbx-TV technology appears to be seriously clever, and worth keeping an eye out for on other TVs, too.

For the sort of casual second-room situations in which many 32-inch TVs find themselves these days, the Hisense A5800 is a potentially great option. Its brightness, rich colours and potent sound hold up well in large, bright rooms.

However, more serious AV fans and people after a 32-inch TV for darker environments such as bedrooms would be advised to try to find an extra £100-£150 for the more contrast-rich Samsung UE32M5520.