The 75M7900’s picture quality is a mixed bag, performing better than expected with standard dynamic range sources, but coming up short with HDR.

Focusing on the bad news first, HDR catches Hisense’s ultra-affordable panel out in a number of ways. First, HDR playback reveals a lack of brightness in terms of both the overall luminance level and the delivery of HDR’s light peaks. I’m not saying there’s no HDR ‘uplift’ at all, but it’s pretty minimal compared with what I’ve seen from the best HDR TVs this year. 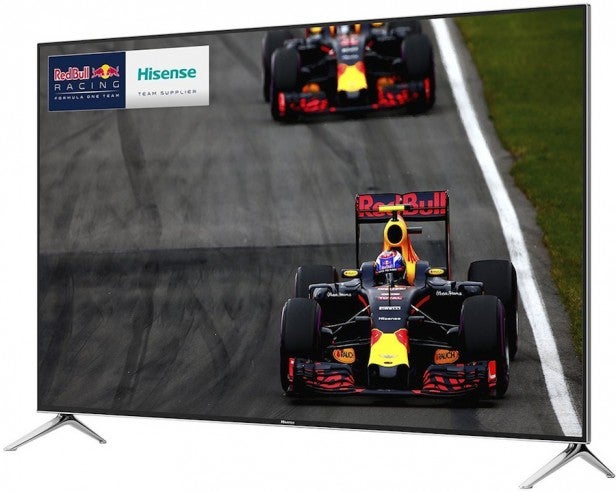 Another HDR playback issue for the 75M7900 is that the push for brightness makes areas that should look black instead look rather grey and insipid.

Before you discount using a Panasonic UB900 with the Hisense 75M7900, though, consider this: the 75M7900 actually performs better overall in SDR rather than HDR mode, and the UB900 is the only Ultra HD Blu-ray player so far that lets you turn HDR output off when watching UHD BDs. So if you want the 4K part of UHD BDs for a 75M7900 without the HDR part, the UB900 is actually uniquely qualified. 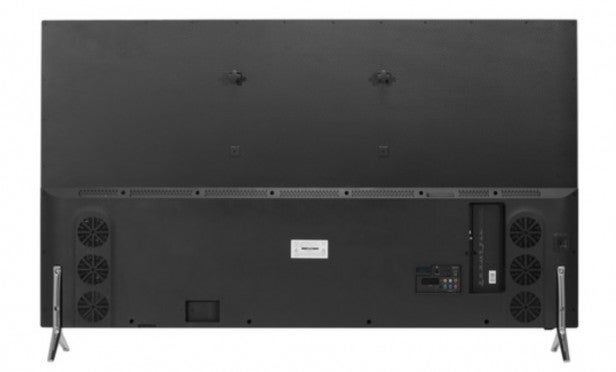 The 75M7900’s HDR performance isn’t a dead loss. There is a touch more brightness, and some contrast-heavy shots come off pretty well. Overall, though, the 75M7900 is more consistently comfortable with the standard dynamic range content its core panel seems to have been designed for.

The 75M7900’s black levels, for instance, are much more stable and satisfying in SDR mode. In fact, it’s excellent by budget TV standards, outgunning the black levels of some much more ostensibly high-end models.

Provided you use the local dimming feature when watching SDR, black picture areas are infiltrated by impressively little greyness, and vertical light ‘banding’ artefacts around very bright objects are only occasionally distracting.

There are no blindingly obvious areas of more generalised backlight clouding either. However, the overall brightness level of dark SDR scenes can become unstable if you forget to turn off the adaptive contrast setting, or at least set it to Low.

There’s also a good amount of subtle shadow detail in even the darkest areas too, indicating that the screen’s black level response is being achieved without the adaptive backlight having to remove too much brightness from the image.

Having a decent black level response usually helps a TV produce other colours well, and the 75M7900 just about follows this trend. Certainly its colours look reasonably rich and bright, giving pictures a good sense of dynamism for a screen which isn’t especially bright.

There’s not nearly as much subtlety in the way the 75M7900’s paints difficult areas like skin tones and skies. The general palette also looks a touch unbalanced at times, with some unnatural tones that prove impossible to completely remove. But the colour issues aren’t, for me, severe enough to negate the TV’s cut-price appeal.

Another pleasant surprise is how detailed native 4K/UHD content sometimes looks in SDR mode – although that crispness takes a bath when the image contains lots of motion.

Without Hisense’s motion processing in play, the loss of resolution is more severe than you’d expect to see with a more premium TV. The vast size of the screen doesn’t exactly help the 75M7900 hide its motion shortcomings either.

Turning on Hisense’s motion processing certainly improves the sense of clarity with native 4K content, but there’s a price to pay. There are some quite distracting processing side-effects, such as flickering or fuzzing around the edges of moving objects.

Strangely, motion blur seems much less of an issue when watching upscaled HD than it is with upscaled HD. So much so that you don’t need to trouble yourself with the motion processing at all with HD content.

The 75M7900’s upscaling of HD sources to its native Ultra HD resolution is a little rudimentary. There’s no doubting that the system makes HD pictures look much sharper and textured; it’s just that it lacks the sophistication to add this sharpness intelligently. In other words, it treats source noise and grain in the same way that it treats the rest of the image, resulting in them having too much weight in the finished picture. 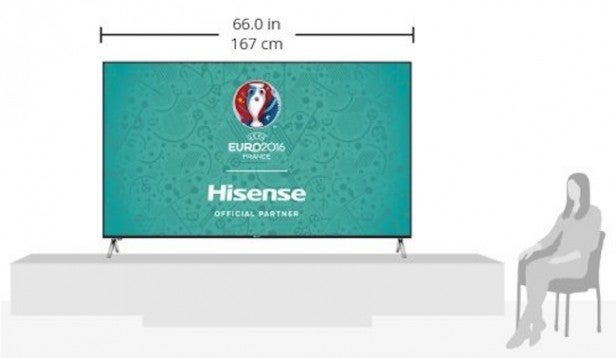 My advice would be to try letting your sources do the 4K upscaling instead, if they carry a suitable processing system.

Accompanying the 75M7900’s king-sized pictures is a decently large-scale audio performance. The set can hit cinematic volume levels without the speakers crackling or dropping out, and without the TV’s bodywork rattling. Voices still sound clear and convincing at high volumes too, and while treble detailing can sound a touch harsh, it seldom becomes a serious distraction.

Add to all this a convincingly wide and deep sound stage and the 75M7900’s audio really does contribute to the TV’s bid to transport you to the silver screen.

If you’re thinking the 75M7900 sounds like an affordable way to indulge in super-sized gaming, you’ll be pleased to hear that our input lag measurements came in at 32ms. This is a good result for such an affordable TV and shouldn’t have much negative impact on your gaming performance.

The extent of the Hisense’s 75M7900’s appeal depends on what you want or expect from it. If you just want a truly massive TV that does a better all-round job with SDR content than you could reasonably expect for the money, the 75M7900 is uniquely qualified. If you’re after a TV to unlock the joys of the new HDR picture technology – maybe because you’re looking to invest in a PS4 Pro – the 75M7900 isn’t for you.

While the Hisense offers spectacular value by 75-inch TV standards, a screen-size drop of 10 inches could buy you Samsung’s HDR-obsessed UE65KS9000 for the same price. Or just a couple of hundred pounds more could get you the direct LED 65-inch Panasonic TX-65DX902.

The 75M7900’s HDR capabilities seem to be merely an afterthought, and its smart system is pretty basic by today’s standards. Dial down your expectations from optimistic to realistic – and dodge HDR where you can – and the 75M7900 scratches that cut-price, big-screen itch really quite nicely.