Before anyone gets too carried away, though, the 75M7900’s price comes with significant strings attached to the performance. Especially if you’re keen on HDR.

The 75M7900 doesn’t even bother trying to look attractive. It’s essentially just a massive rectangle mounted on a pair of simple chrome-effect feet. These feet are placed towards the bottom corners of the screen too, meaning it will only stand on a very wide piece of furniture.

Its build quality is sufficient to support the weight of the screen without creaking or bending, but that’s as far as it goes.

Its bezel is surprisingly thin for a budget set, and doesn’t draw attention away from the vast pictures. Really, though, the only remarkable thing about the 75M7900’s design is how big its screen is in relation to how small a dent it makes in your wallet.

The remote control is similarly utilitarian – just another bog-standard black plastic affair with a typically excessive and unimaginative roster of buttons. The only exception is the inclusion of dedicated Netflix, YouTube and Wuaki.tv buttons at the bottom.

Getting the best from the 75M7900’s pictures is a little tricky, requiring you to use its basic-looking menus to work round some key limitations of its LCD panel.

With standard dynamic range sources, make sure noise reduction is turned off when watching native UHD content, and that local dimming is turned on to at least its Mid setting. Also, don’t use the adaptive contrast feature on anything higher than its Low setting, or the picture’s light levels become distractingly unstable.

Problems with motion blur mean you’ll likely feel the need to set the TV’s motion processing on, at least with native UHD content. I’d stick to the processing’s Low power setting to keep unwanted side effects to a minimum, though. 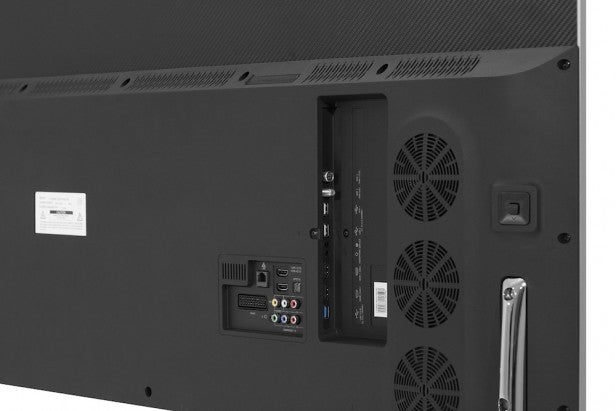 With HDR, you’ll again want to keep noise reduction turned off. I’d recommend pushing up the dynamic contrast when watching Ultra HD Blu-rays to reduce the impact of colour striping.

Unusually, the 75M7900 turns off local dimming for HDR playback by default. I’d suggest you leave it like that, as switching the dimming on reduces HDR’s impact.

One last point: make sure you run a firmware update as soon as you’ve got the TV running. I stress this because, although the TV has been sold as HDR-ready for months, its HDR abilities are only going to be unlocked via a firmware update at some point in September. I was sent the update early via email to complete this review.

With nearly every big brand’s 2016 TVs delivering HDR from launch, it’s impossible not to feel a bit worried that Hisense is only now getting its HDR act together. TVs that haven’t been built from the ground up for HDR tend to struggle with it.

You might reasonably expect a 75-inch TV as affordable as the 75M7900 to offer a native UHD resolution and not much else. In fact, Hisense’s home cinema monster has quite a bit more up its sleeve.

Its connections, for instance, are as plentiful as those on typical flagship TVs. Four HDMIs lead the way – though only two support 4K – joined by three USBs, Ethernet and Wi-Fi. 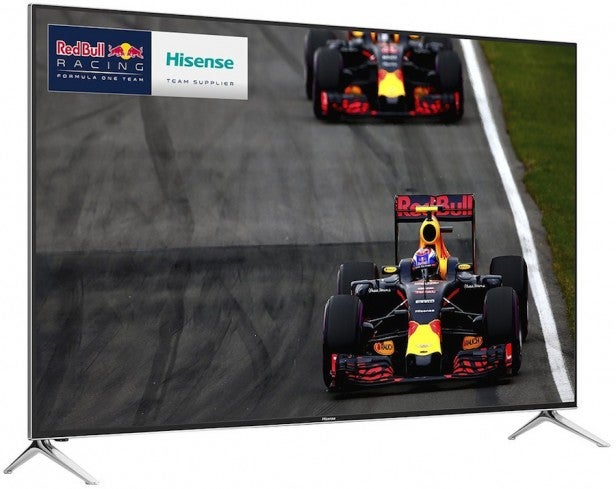 The USB ports can either record to a USB HDD from the TV’s Freeview HD tuner, or play back multimedia from USB storage drives. The network options permit streaming from DLNA-enabled devices, or access to Hisense’s online services.

These online services are now much more content rich and attractive than they were the last time I saw them. There are now more than 200 apps, presented as a series of large icons containing photo-grade graphics. Big hitters include Netflix and Amazon – both in their 4K but not yet HDR formats – as well as BBC iPlayer, YouTube, Wuaki.tv, Chili Cinema, Deezer and Viewster.

At the time of writing there was no sign of ITV Player, All4 or Demand 5 catch-up apps, though, and a fair number of the available apps are only really useful in countries other than the UK.

The 75M7900’s colossal screen uses an edge LED lighting option with local dimming. The local dimming, which can output different light levels from separate sections of the LEDs, is a welcome find at the 75M7900’s price point. However, I can’t help but wonder if edge LED lighting will prove sufficiently effective on a screen as large as this one. Sony’s admittedly much more expensive 75XD9405 uses direct lighting, where the lights are right behind the screen for more precise results.

The 75M7900 sports a native UHD resolution, as you’d expect from any large TV in 2016. More surprising for its price point is its recently added support for HDR 10 – especially as the screen’s native brightness is rated at just 400nits. That’s quite far off the 1000nits needed for an LCD TV to get the industry’s UHD Premium badge of approval.

Samsung’s flagship KS9500 TVs, by comparison, peak at a colossal 1400 nits, raising more suspicions over just how HDR the 75M7900’s HDR playback can really be.

The 75M7900 doesn’t support Dolby Vision HDR, but there’s nothing unusual about that in the UK, where currently only LG’s latest TVs have support for that on board.

It does support 3D, using the active format rather than LG’s passive approach. No active 3D glasses are included as standard, and Hisense failed to provide me with any for this review.