This second-generation 4K UHD set from Hisense is one of the first from the brand to support HDR (high dynamic range). HDR may be a movable feast, with all sets performing differently, but whichever way you look at it, £899 for a 65-inch 2160p TV is an attractive proposition.

Weighing the best part of 30kg, the screen is a substantial affair, and you’ll need expansive TV furniture to accommodate the set’s widely spaced feet.

It should be noted that only two HDMI inputs, designated 3 and 4, support 4K 60Hz sources with HDCP 2.2. Only these can be used for Sky Q, UHD Blu-ray and UHD games consoles and similar.

The tuner is Freeview HD, with a default satellite alternative. Wi-Fi is built in. 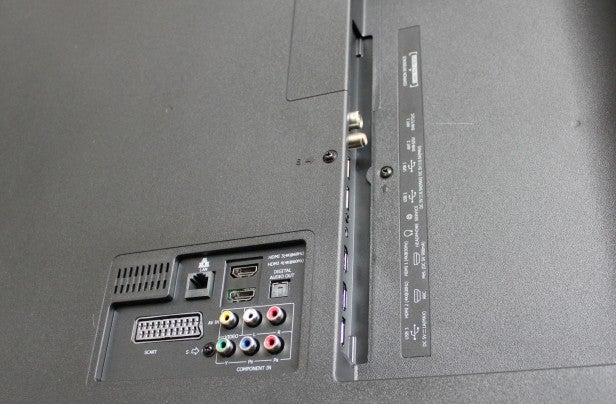 This sizeable Hisense TV is impressively specified. With 2160p resolution and HDR 10 compatibility, not to mention a full hand of 4K-enabled streaming services, it’s on-point if you want to watch 4K movies or game with an HDR-enabled PS4 or Xbox One Slim.

Usability is good. A quad-core processor makes navigation smooth and fast. The UI is clean and unfussy.

The 65M5500 is tied to the Foxxum app store portal, which features apps for a wide continental audience – the Hisense/Foxxum license covers 15 countries. A bit scattergun perhaps, but you can uncheck territories where language renders the app unusable.

You’ll need to retire those 3D Blu-rays, however; the Hisense 65M5500 doesn’t offer support for 3D. 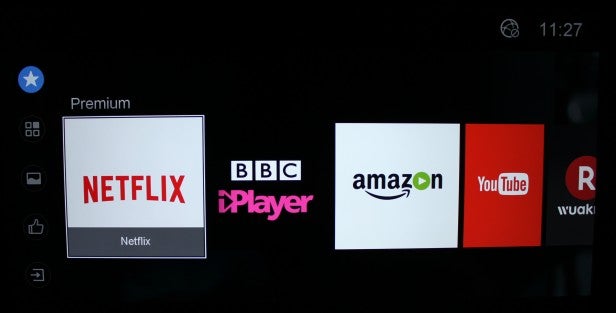 Park your preconceptions; this set’s pictures are impressive. Detail is excellent, colours vibrant and HDR dynamics are often surprisingly wide.

With HD content, the Standard setting is a reliable preset. However, I repeatedly found myself drawn to the set’s Dynamic setting. Normally there’s a sense of retina burn associated with Dynamic, and it’s rarely recommended. But this isn’t evident on the 65M5500. Just tone down the colour saturation a little, set the colour temperature to Cool, and it can be extremely impactful.

The TV auto-selects HDR mode when it receives an HDR signal, be it from UHD Blu-ray or games console, but picture parameters remain adjustable.

As you might expect from an edge-lit set, blacklight uniformity isn’t perfect. Inevitably,  there are light splodges where you don’t want them, but they only really become obvious on full black sequences. The set manages a decent black. 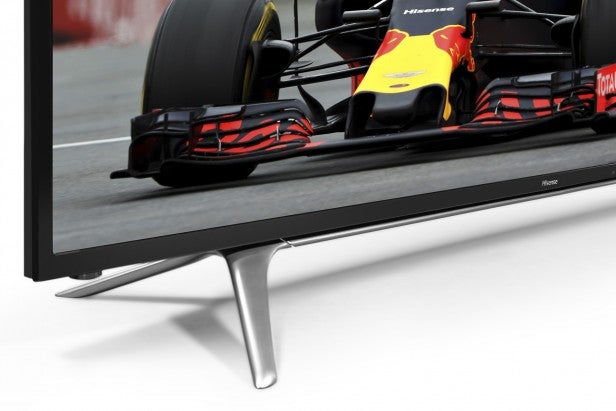 Will Smith’s anti-superhero movie Hancock is a fine-looking UHD Blu-ray, and the 65M5500 does a grand job with it. It manages to look hyper-sharp and cinematic.

The HDR mode can be a little erratic, though. Ratchet & Clank, enhanced and played on a PS4 Pro, is correctly recognised as HDR-enabled, but has all its highlights blown out. They do reappear if you shift to the Dynamic preset. The Game mode can sit on top of HDR, but since the set mutes peak brightness and colour, this isn’t actually what’s going on. For what it’s worth, image lag isn’t an issue when playing Battlefield 1 on non-Game presets.

One contentious element of the screen is its motion handling. The 65M5500 lacks interpolation to retain detail in motion. Instead, its Ultra Smooth Motion image processor is used exclusively for smoothing horizontal pans. Care needs to be taken with this. On anything other than Off or Low, it introduces overt motion artefacts, clearly visible as smudgy MPEG halos around certain moving objects.

The set features dbx-tv Total Technology audio enhancement, but it’s being asked to make a silk purse out of a shrill pig’s ear. The audio performance on this TV is pretty horrible. Still, there’s no shortage of volume. 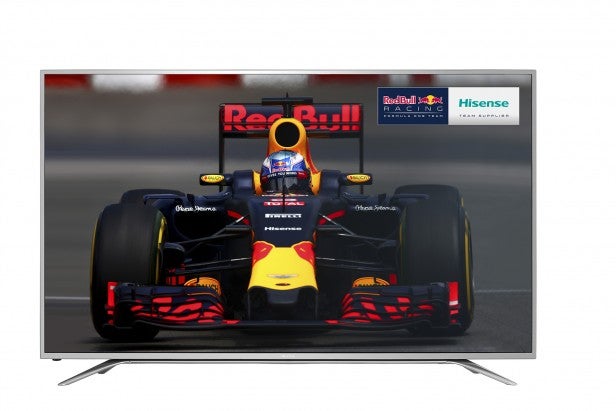 If you’re looking for the biggest 4K bang for your buck, this 65-incher takes some beating. It’s well built and features a forward-looking specification. HDR compatibility and excellent detail are a big draw, and the snappy UI and 4K-centric streaming services add to the fun.

The caveat is that it isn’t great with motion, and the viewing angle is limited – this TV looks best when viewed head-on.

Nevertheless, in my opinion, the 65M5500 offers a big step up from the brand’s 2015 models. If you accept its understandable limitations (given the price), you won’t be disappointed.

It’s cheap, and it sure is cheerful. A superb big-screen TV option.