Not for the first time, Hisense has served up a TV that delivers strong performance in some areas. However, even at this price/size ratio, the A6G is more compromised than is ideal.

For some time now, Hisense has been doing great work to deliver TVs with up-to-the-minute specs at prices the big mainstream brands wouldn’t dare countenance. And its extensive new A6G range (of which we’re looking at the 55in model) is its latest attempt to do just that.

Of course, even the most mindlessly optimistic among us understands that you don’t get ‘everything’ for ‘nothing’. Until now, Hisense’s best products have basically given you ‘quite a lot of everything’ for ‘next to nothing’. So can the A6G continue this fine work?

The Hisense A6G range is on sale now, with the 55in version costing around £429 in the UK. You may prefer the 43in model (£329), the 50in variant (£399) or the 65in whopper (£549) – or you may choose to wait until the promised 75-inch model makes it to the showrooms. No price is confirmed for the biggest boy, but it will doubtless be as aggressive as all the other models in the A6G range.

Obvious competitors where this screen-size/specification/price combination is concerned are few – certainly none of the ‘big five’ manufacturers can lay a glove on this sort of price-to-size ratio. The few brands with any credibility involved in this fight include JVC, TCL and Toshiba – and even then, you’ll struggle to do better on price.

No-one really designs a TV, do they? Well, no-one except Bang & Olufsen. Everyone else gets on with the job of making their TVs look as discreet and unassuming as possible, using materials that are entirely dictated by the price point they’re trying to hit. And so it is with the Hisense A6G.

At 74mm deep, this isn’t going to be your first choice for wall-hanging. And given that its simple arc’d feet are so far apart, it’s going to need a fairly wide surface on which to stand. But once you’ve solved the problem of where to put it, the Hisense A6G doesn’t look at all bad: its bezels are slim, its branding is understated, and the plastics from which it’s made don’t feel overtly hard or thin.

It’s worth noting the gap between the bottom of the screen and the surface on which the TV stands – it’s plenty big enough for a soundbar. Which, as we shall discover, is all good.

Only a couple of the ‘big 5’ TV brands we mentioned earlier can match this Hisense when it comes to HDR compatibility: the A6G covers HLG, HDR10, HDR10+ and Dolby Vision – which we can all agree is pretty decent at any money.

It’s able to deal with the ALLM and VRR aspects of HDMI 2.1 specification, on all three of its HDMI inputs. One of them is eARC-enabled, too. There are a couple of USB inputs as well, one of which is of the 3.0 standard, and they’re joined by a CI card slot, RF aerial post, Ethernet socket and (for your truly legacy equipment) a composite video input.

These physical inputs are complemented by Wi-Fi connectivity, and it’s possible to get audio out of the screen using its digital optical or analogue 3.5mm outputs – that’s in addition to the integrated two-driver audio system, of course.

Hisense likes to keep you on your toes where smart TV is concerned – some of its models use Android TV, some use Roku TV… the A6G uses the company’s proprietary VIDAA U5 interface. And as far as it goes, VIDAA U5 isn’t bad: it’s clean, logical, easily customised and has an okay selection of catch-up and streaming service apps. But it doesn’t really go far enough, certainly not where the likes of Disney+ and Apple TV are concerned – neither are included here.

Navigation of the brief, sensible set-up menus and the smart TV interface is via the bundled remote-control handset or Amazon Alexa voice control. The remote certainly doesn’t feel any less expensive than alternative designs from the big 5 (them again), and its buttons are numerous yet sensibly sized. Voice control, meanwhile, happens via the third-party Remote Now control app.

Like pretty much every other 4K TV, the Hisense 55A6G looks its best when given some 4K content to work with – and, in this instance, we needn’t worry unduly about the flavour of HDR with which it comes. So, with a Netflix stream of the Dolby Vision-assisted The Trial of the Chicago Seven incoming, the A6G ought to be able to give its best shot.

Certainly, as far as fundamentals such as colour fidelity, detail retrieval and motion handling are concerned, the Hisense has very little to apologise for. It may miss out the very last scintilla of tone or shade variation, but it nevertheless draws on a broad and convincing palette of colours. It differentiates well, even in wide open areas of apparently uniform colour, and is convincingly naturalistic where skin-tones are concerned.

In fact, skin-tones also reveal just how adept the A6G is when it comes to the finer details. It manages to load images with lots of pertinent information without being laboured or aggressive about it, and even the most complicated patterns or involved textures are delivered in believable fashion. The same is true of edge-definition, which is smooth and confident, and on-screen motion. Televisions at any price can sometimes struggle to exert authority over movement, but the Hisense keeps a grip of motion without any overt alarms.

It isn’t all gravy, though. Even state-of-the-art 4K content such as this can look flat and two-dimensional in the A6G’s hands, with little impression of depth of field. And the (rather predictable) lack of true black from this edge-lit LCD panel is compounded by a lack of outright brightness – so contrasts don’t display much vigour or ‘pop’.

As an upscaler, too, the Hisense A6G has its limits. It’s able to do pretty decent work with 1080p Full HD content – yes, those impressive detail levels fall away a little, and edges can become slightly restless, but in overall terms the Hisense fills its enormous pixel-count skillfully. But step down from there to some DVD-stored content, say, or – even worse – some daytime TV broadcasts, and the A6G gives up the ghost somewhat.

The images become hostage to picture noise, there’s softness where there previously was definition, and on-screen motion (relatively speaking) falls to pieces. Basically, if you like vintage content (the sort of stuff you might feed in through the Hisense’s composite video input) then you should think long and hard about whether the A6G is for you.

Two full-range drivers powered by a total of 16 watts isn’t the most promising recipe, and sure enough there isn’t much satisfaction to be had in the way the A6G sounds.

Tonally it’s quite hit-and-miss, inasmuch as there doesn’t seem to be much in the way of low-frequency presence. In addition, the opposite end of the frequency range is rolled off quite strongly, and the overall sonic signature is rather breathless.

Still, it projects the mid-range (and consequently voices) forward quite well, and the tonal balance doesn’t alter with the volume level. But, fundamentally, this is an inadequate audio system – one that can be comprehensively bettered by even a modestly priced soundbar.

You want big 4K images without breaking the bank The screen-size/price ratio is predictably strong here, and the A6G is very watchable with native 4K content.

You want this to be the end of your outlay
Picture quality isn’t perfect here, but sound quality is a definite issue. You’ll need to budget for a soundbar – no two ways about it.

The A6G is a sort of halfway house between Old Hisense (cheap and very rarely cheerful) and New Hisense (cheap and remarkably competent). If you’re going to stick to watching 4K (or, at a slight push, 1080p) content, the positives outweigh the negatives… but that sound will need to be dealt with as a priority. 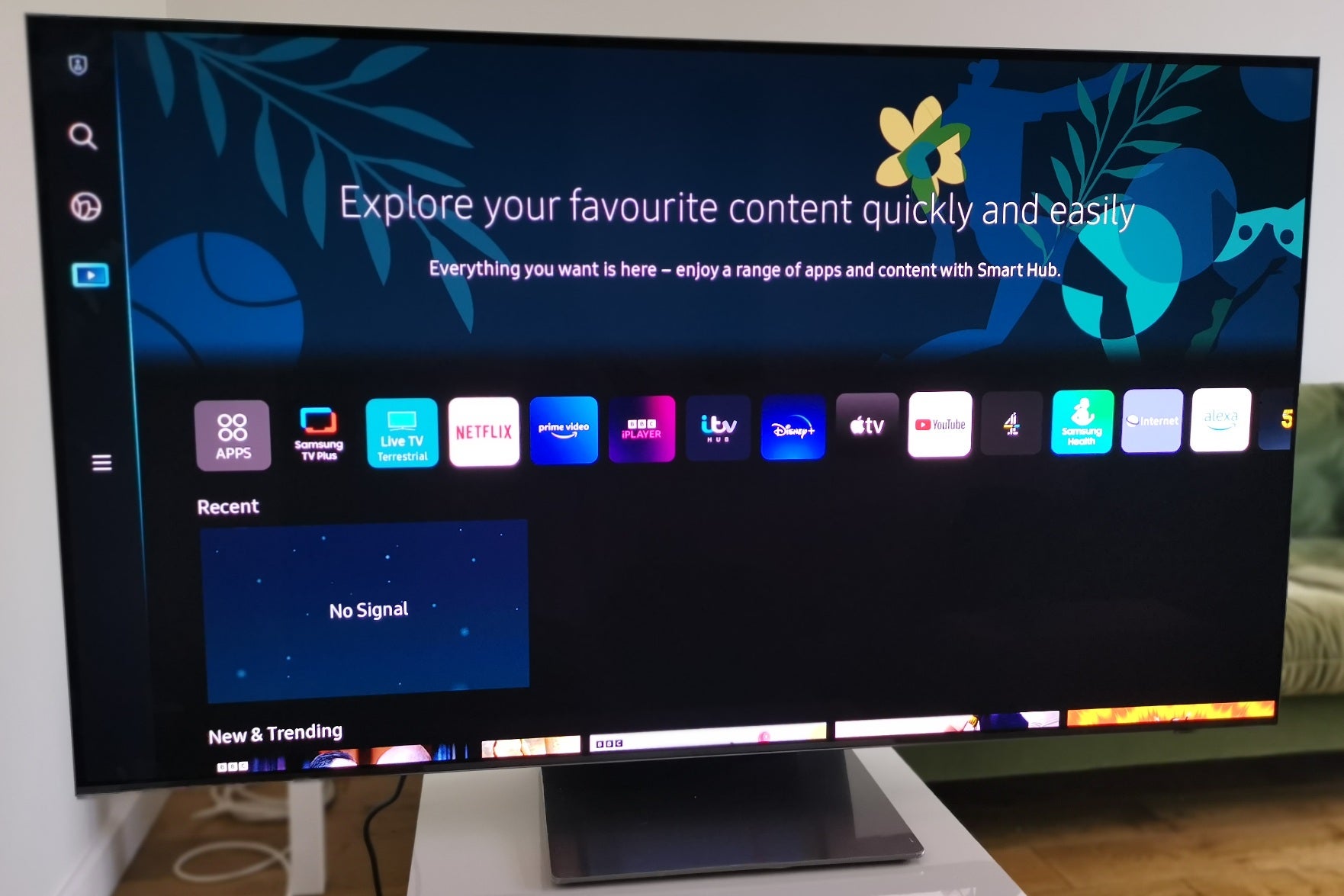 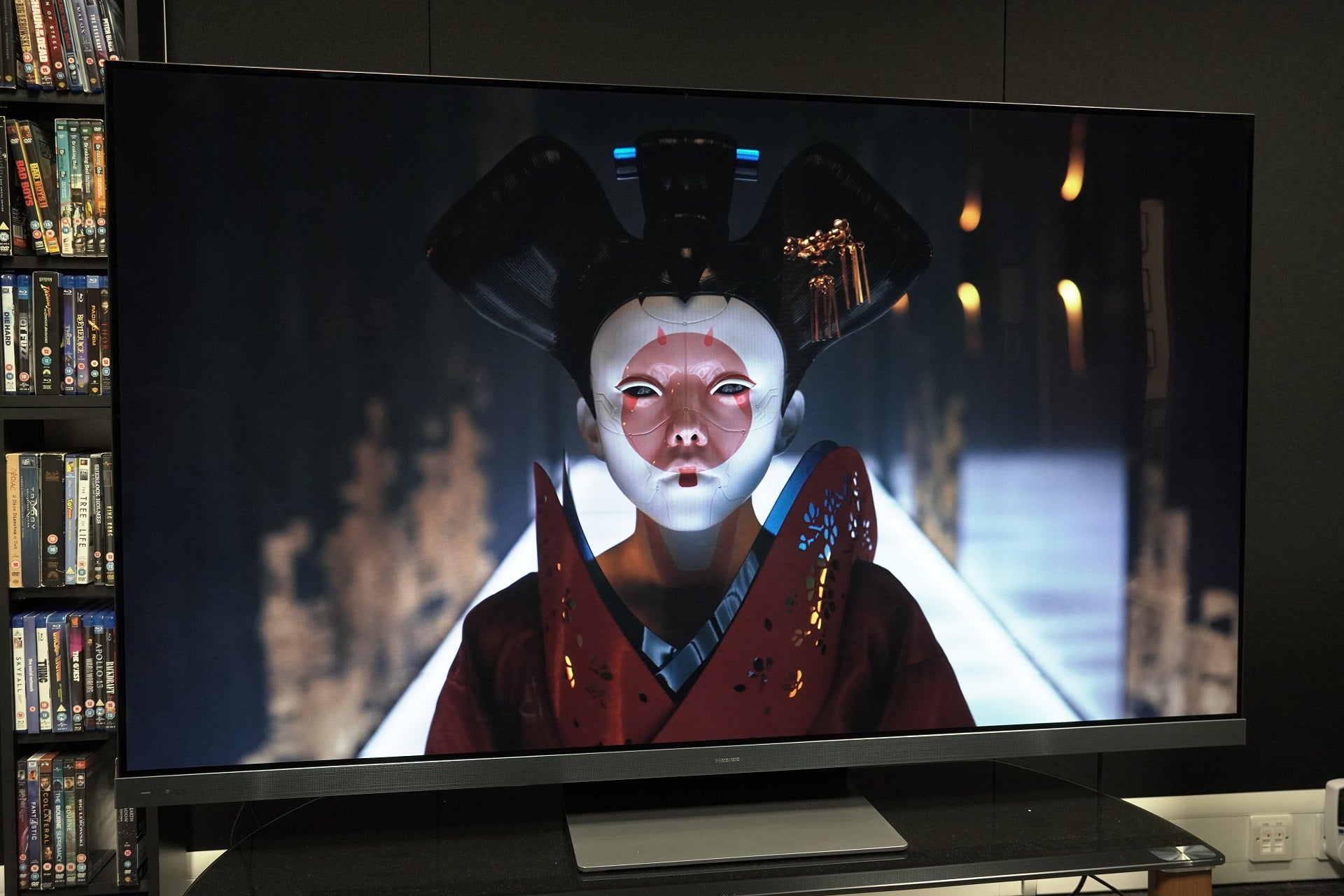 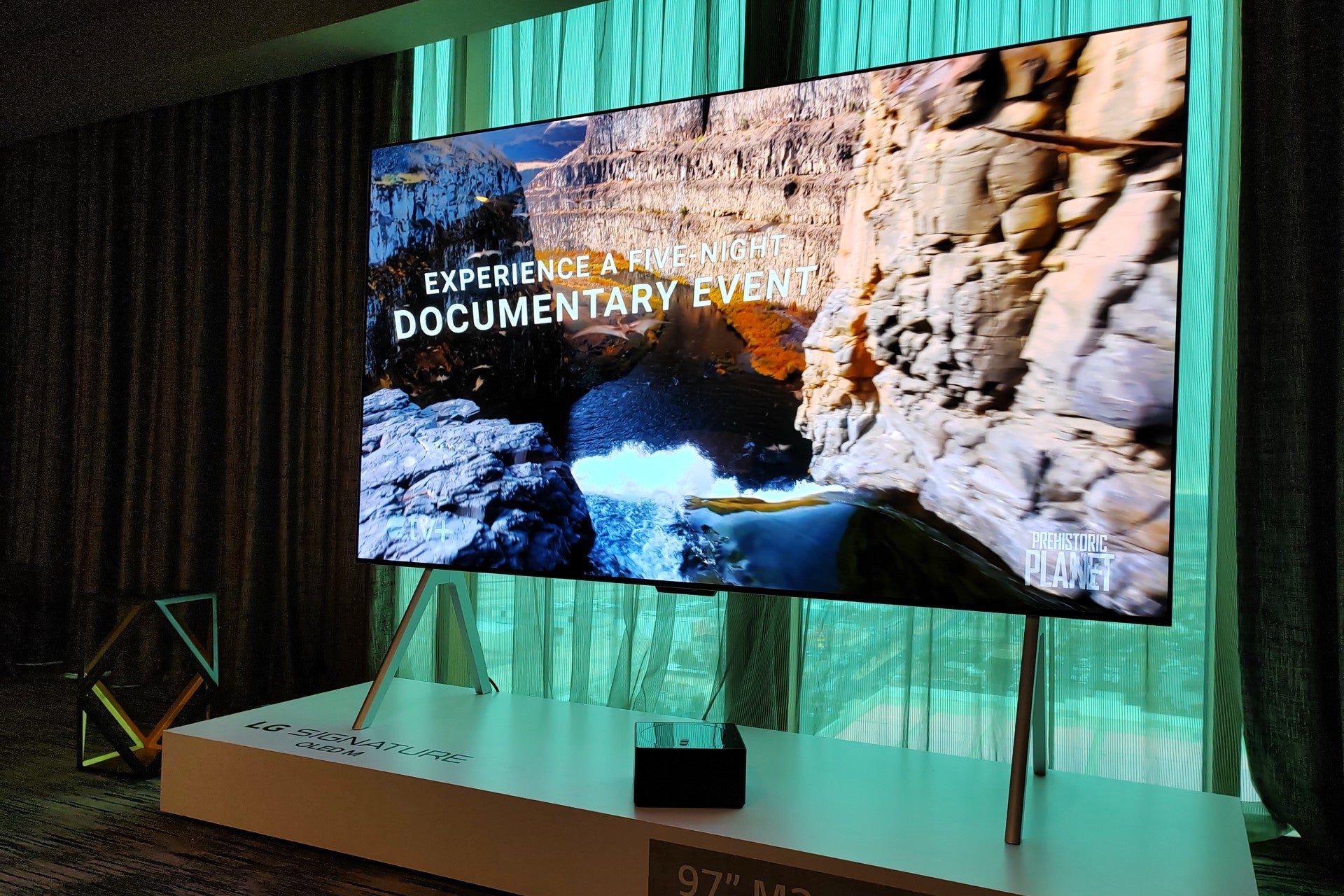 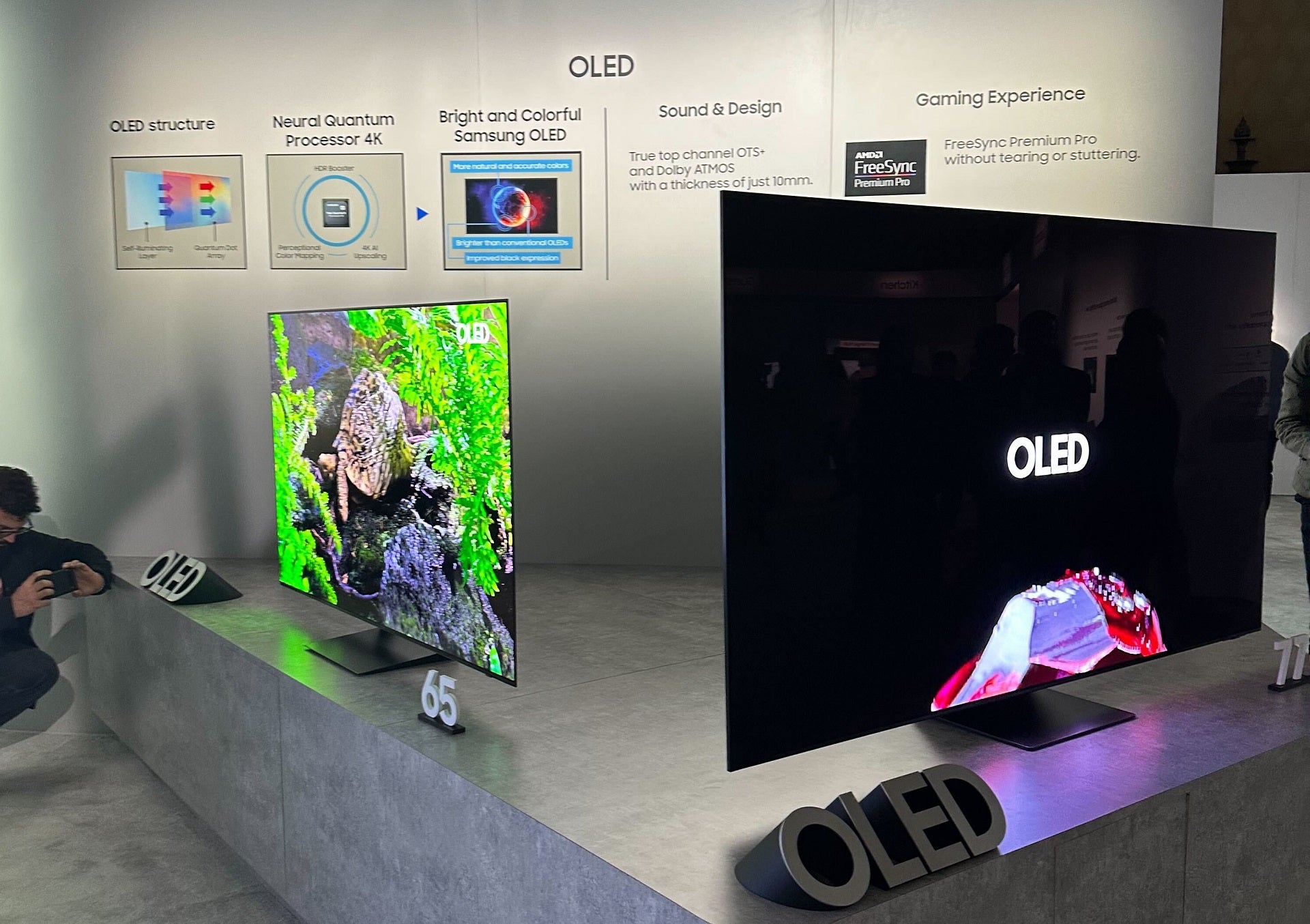 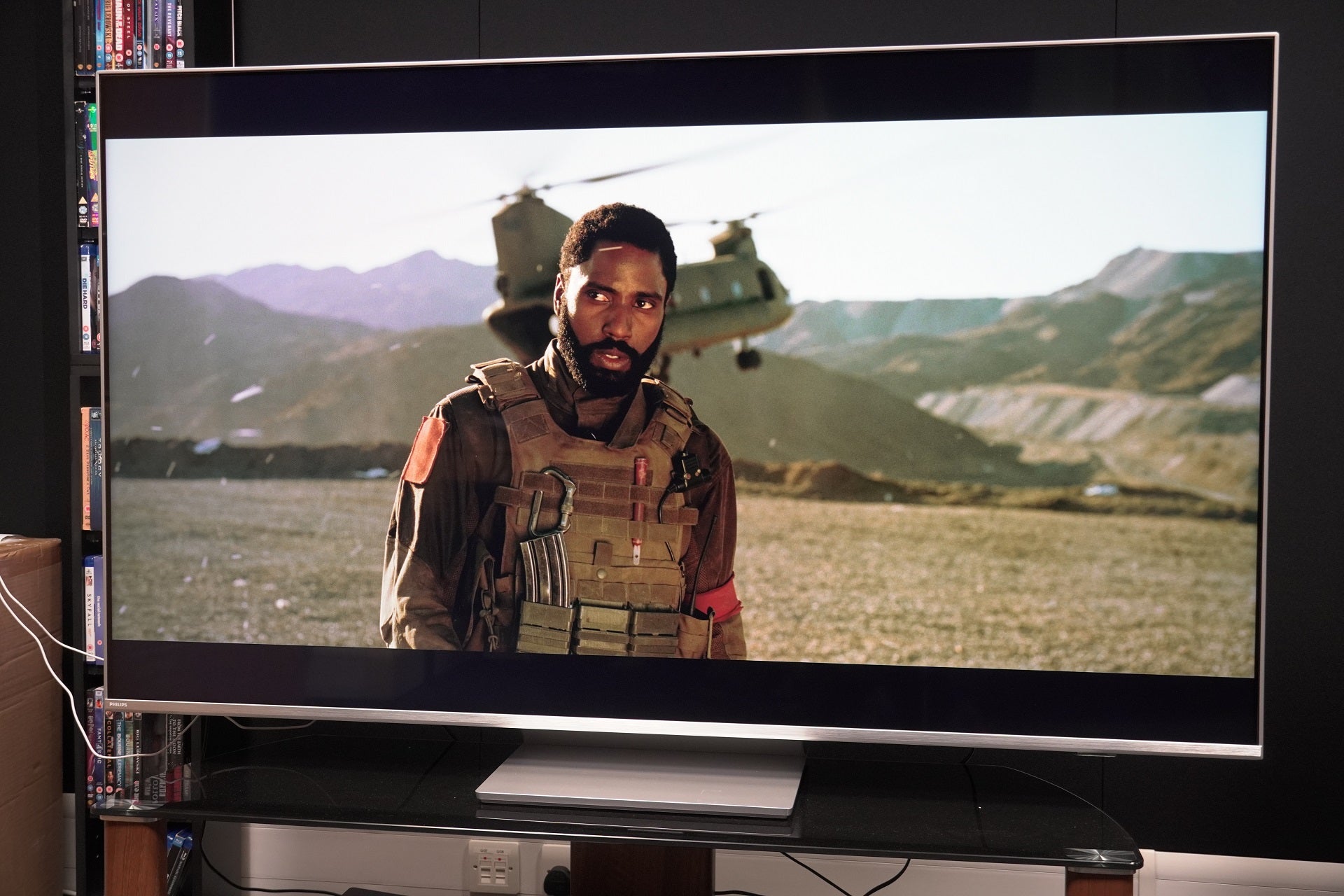 Yes it does, along with HDR10, HLG and Dolby Vision

Does the Hisense A6G support ALLM and VRR?

It supports those gaming features across all its HDMI inputs, but does not support High Frame Rate (4K/120Hz).