The health problems associated with spending long periods of time sat down in front of computers are well documented. These can be back, neck and shoulder problems resulting from low quality or poorly set up seats, Carpal tunnel syndrome and other wrist related problems from using uncomfortable mice and keyboards, or eye strain and headaches from prolonged monitor use. However, there is one problem that often gets overlooked when talking about the office environment but is potentially the most dangerous of all – Deep Vein Thrombosis (DVT). 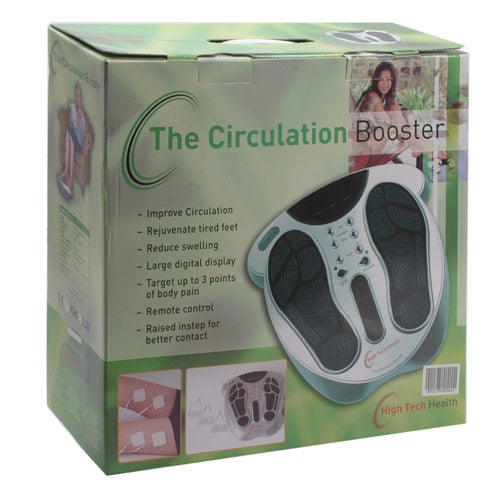 Everyone now knows the health risks of DVT because of the huge media exposure it got when the link between it and long haul flights became more established. What a lot of people don’t realise, though, is DVT doesn’t just happen because you take long haul flights; it can happen anywhere. Any extended period of immobility can cause a dangerous reduction of blood circulation that in turn can lead to the creation of blood clots that cause DVT. In other words, sitting in an office for eight hours a day could potentially be lethal.


Of course, not all circulation problems are quite so severe as DVT. Sitting around all day can simply leave you feeling sluggish and lacking in energy, and extremities like hands and feet can also get cold and uncomfortable. If you’re a fit and active person this doesn’t tend to be too much of a problem, but if you’re less mobile, whether due to old age, disability, or for any other reason, then an alternative solution is needed. 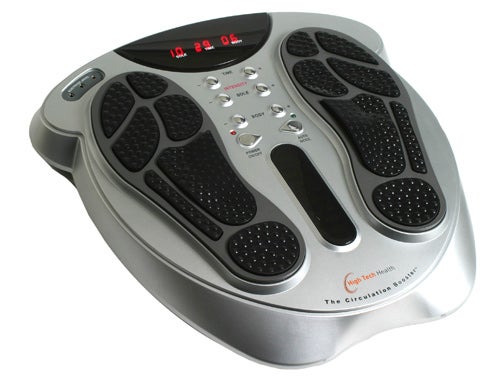 The classic exercise that doctors have prescribed for use on planes is rocking your feet back and forth from your heel to the ball. This tenses your calf and shin muscles creating a pump like effect which forces blood to move more freely through your lower legs. This is quite effective but also easy to forget to do and/or ignore. Also, if you’re disabled or don’t have full control over your legs then you can’t voluntarily control this. All of which brings us to the device I’m looking at today, the High Tech Health Circulation Booster. This uses electrical impulses to stimulate your lower leg muscles into contracting without you needing to think about it. So now you all know the science behind it let’s see if it’s actually any good. 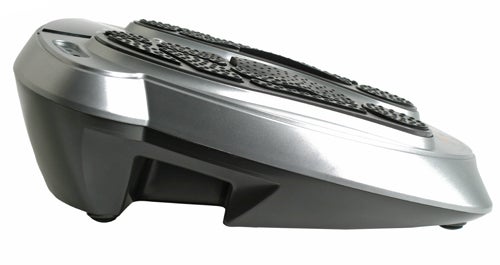 For a start, it’s quite a large device, which is understandable considering it has to accommodate two potentially large feet. However, I did find that the three or four extra inches in height it added underneath my feet meant my long legs (I’m six foot two inches tall) couldn’t quite fit comfortably under my desk. Instead, I had to splay my knees out to the sides or put the Circulation Booster as far back as possible and stretch my legs out, neither of which were exactly natural sitting positions. Still, I was able to keep working while the machine was working away, which is the main thing.


As you’ve probably guessed, to use the Circulation Booster you simply place your feet on the dimpled rubber pads (it works through socks but not shoes), set the time you’d like it to run for (30 minutes being the default) and the intensity level you’d like, then press the auto button to set it going. Intensity levels run from 0 all the way up to 99, but I found 15 was quite enough for me.

All the buttons on the Circulation Booster are large, responsive and clearly labelled, and the simple red LED display is very easy to read so we can’t anticipate anyone getting confused trying to operate the device. However, as it always starts off with the intensity level set to 0 and some experimentation is needed to find the right level for your needs, it’s handy to find that a remote is included to control things without having to constantly bend down. It’s not quite so easy to interpret as the main device itself with its ‘play/pause’ button seeming particularly out of place. That said, this is a simple device so there aren’t too many ways you can go wrong. 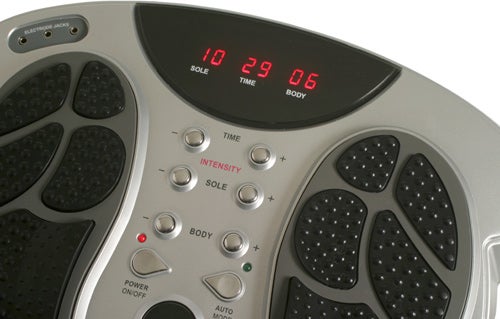 When in operation the dark strip running between the two foot pads is illuminated by a rising and falling strip of LEDs that’s supposed to indicate the varying intensity levels. It’s really just a bit of eye-candy, though. 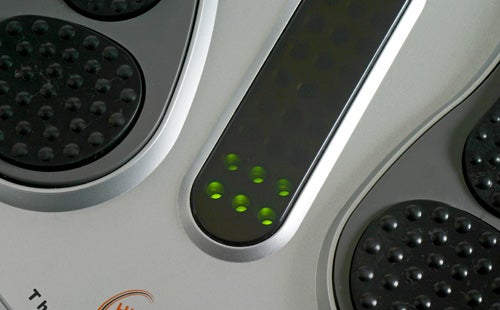 Talking of varying intensity levels, the Circulation Booster doesn’t just tense and relax your muscles in a constant rhythm. Instead, it applies a variety of different patterns of intensity ranging from a light and fast quiver to a deep and slow tensing. At first it can be quite unnerving but as you get used to it, the gentle stimulation soon feels perfectly natural. 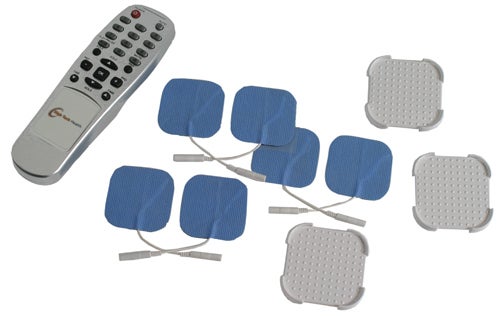 As well as using the Circulation Booster on your feet, you can also use it to ”treat” individual muscles on other parts of your body using the supplied electrodes. You simply stick the patches either end of the area you want to treat – for example, one at your elbow and one at your shoulder to activate the ”biceps brachii” – then plug the other ends of the cables into the sockets on the front of the Circulation Booster. You can then control the electrodes and foot pads independently in order to treat both parts of your body at the same time. In fact, by using the electrodes and turning the intensity level up you can use the Circulation Booster to tone muscles. So if you’ve always wanted a six-pack but never liked sit ups, this could help you on your way. 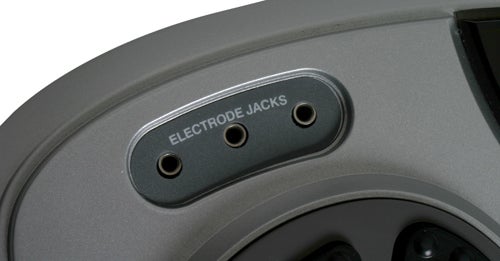 As for the effectiveness of the Circulation Booster, I found it worked as prescribed, though I can’t help but wonder if that’s partly down to the placebo effect. Nevertheless, regularly using it once in the mid-afternoon (which is when I feel my most sluggish) I felt it helped with my overall alertness and helped improve circulation to my feet and hands, which can quite often get cold.


So, the Circulation Booster certainly works, at least in my opinion, but is it worth your hard earned cash? Well, if you’re mostly fit and healthy and, like me, merely find you sometimes grow weary sitting at a desk all day, you’d probably be better off just getting up and going for a brisk walk. That way you also get some fresh air and escape the office for a while. However, if you’re incapacitated, or are in some way less mobile, then it could be worth considering, especially if you find the ‘foot rest design’ appealing. However, at around £200 it’s not cheap and there are other electro-muscle stimulators available for less.


If you suffer from poor circulation, spend too much time sat down at a desk all day, or are in some way immobile, then you might want to consider investing in the High Tech Health Circulation Booster. It provides an easy to use way of improving circulation and muscle tone, and relieving aches and pains. However, whether you’re willing to part with £200 is another matter.